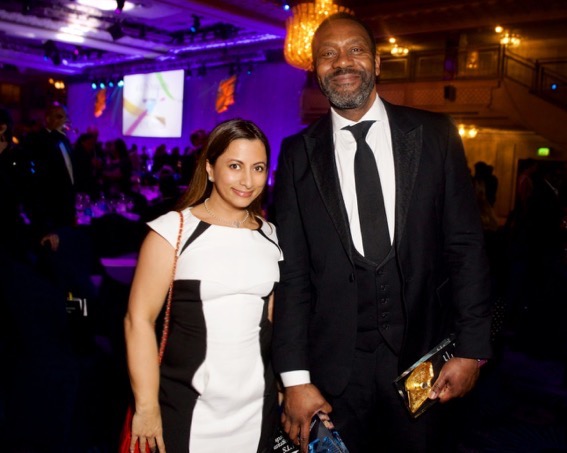 The great and the good from this years British TV industry, were out in force this week to recognize great TV content, at the annual RTS (Royal Television Society). AWARDS held at the plush Grosvenor House Hotel. I was on a table with my fellow RTS Futures Committee members (think naughty kids table at a wedding). 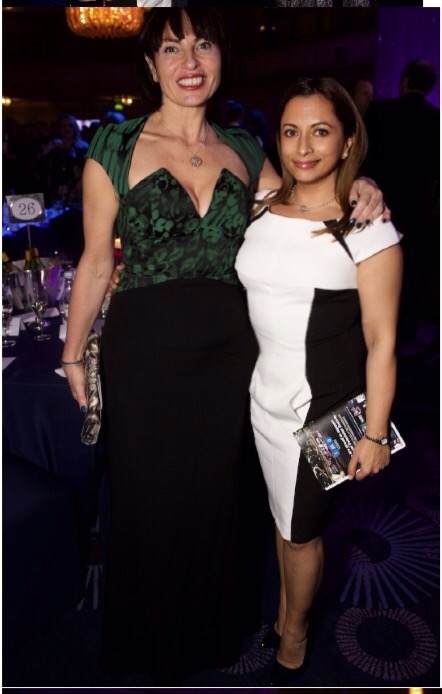 Hosted by the charming and patient Richard Madeley, the RTS earlier this month had announced that their judging panel this year had changed to include more women and people from minority backgrounds. Onstage ot was revealed that the change now saw a more robust looking panel and now see’s 52% are women and a healthy 27% are black or minority ethnic. 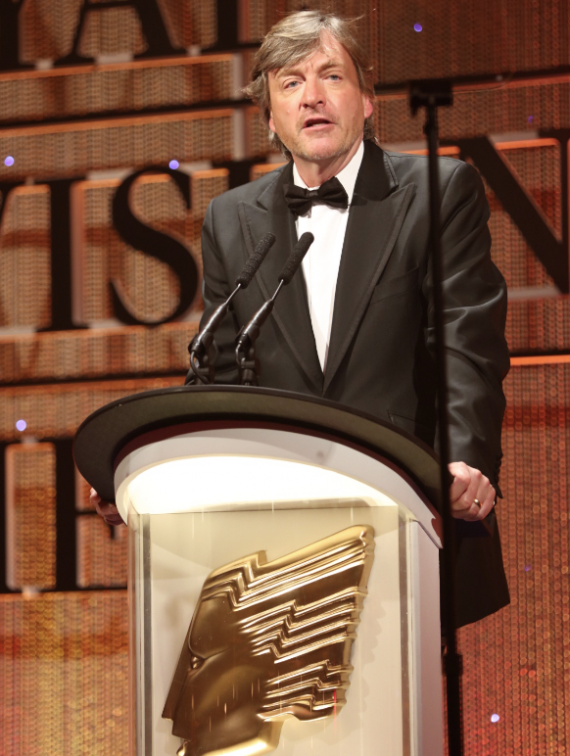 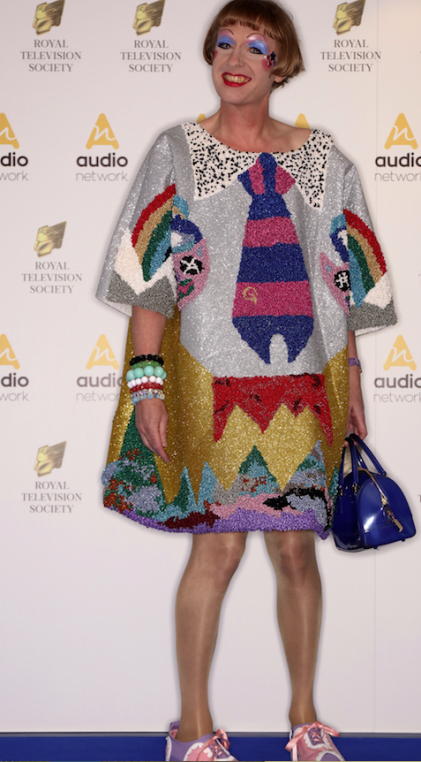 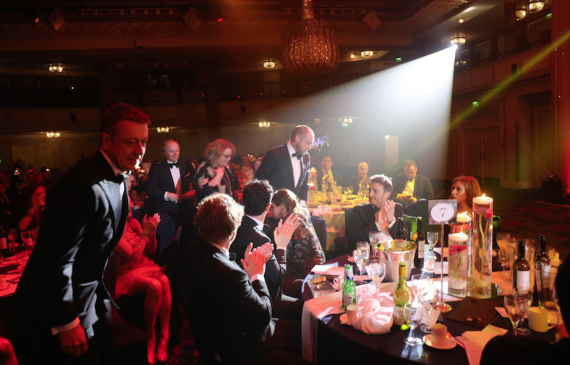 After a slap up meal, Richard Madeley sped through 25 categories swiftly. 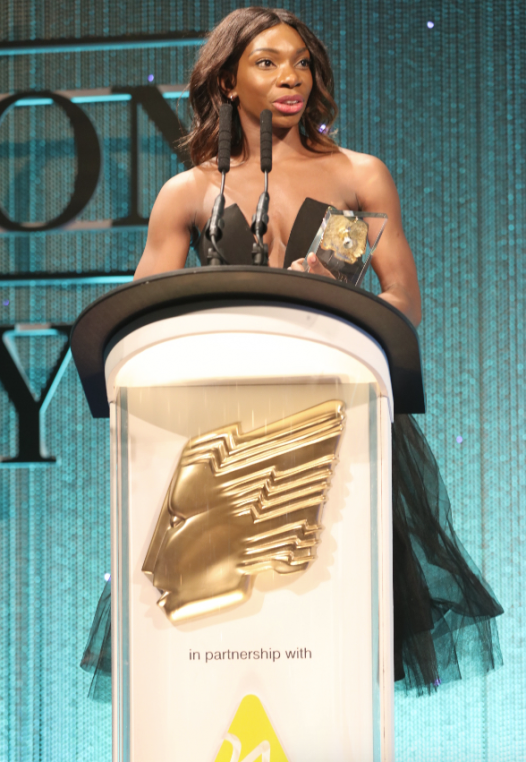 The big excitement of the night was breakthrough star Michaela Coel, star of E4’s comedy Chewing Gum, who not only won the breakthrough award, but also won best comedy performance. 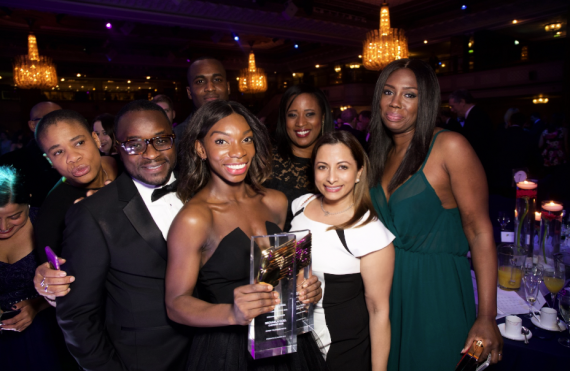 WINNER MICHEALA COEL WAS THE NAME EVERYONE (including me, actor Femi Oyeniran and ITV News Charlene White!),CLAMOURED TO GET PICS WITH.
All Photos copyright- Paul Hampartsoumian / RTS. 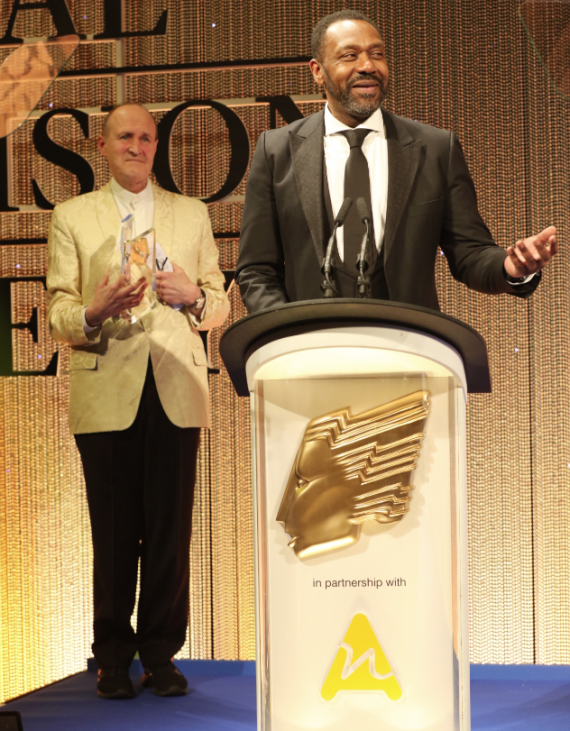 The biggest award of the night went to Sir Lenny Henry, who was awarded a fellowship of the Royal Television Society alongside a judge’s award at the RTS Programme Awards. Unsurprisingly Sir Lenny looked exhausted. The task of driving diversity over two years is most likely draining him. I know just how stressful it can be to champion a cause that you’re passionate about whilst still wafting to remain mainstream and not look like you have a chip on your shoulder.
Onstage Lenny said that he was surprised to receive the fellowship, saying it was beyond his “wildest expectations”. 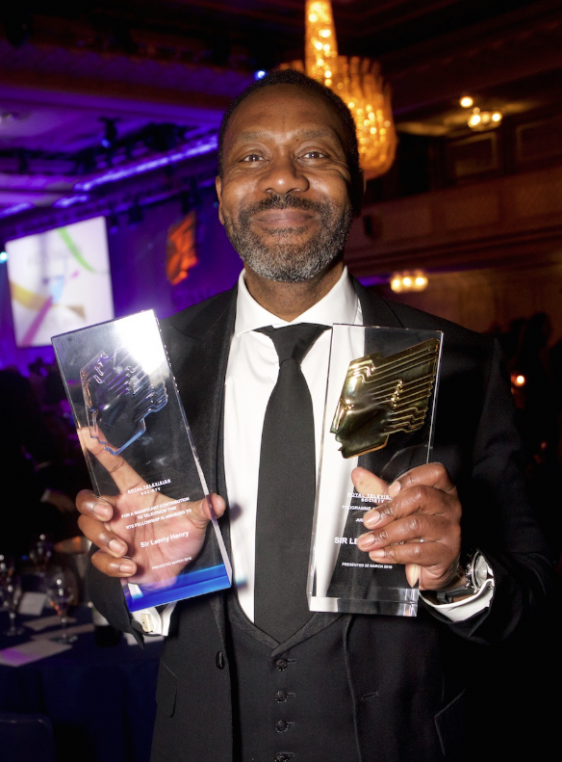 A few years ago, whilst on an industry panel, Lenny had taken a swipe at me and my then TV channel MTV Base, lazily accusing it for being the root of all evil with young people. I defended the brand showing all the positive things that had come from it, but from then on in I saw Lenny as ‘the enemy’. I have since learnt to see more to him than that in recent years and admire his tenacity, and now stand alongside him in his journey to keep diversity alive, and hopefully we will look back in the future on it as something that only belonged to the past. 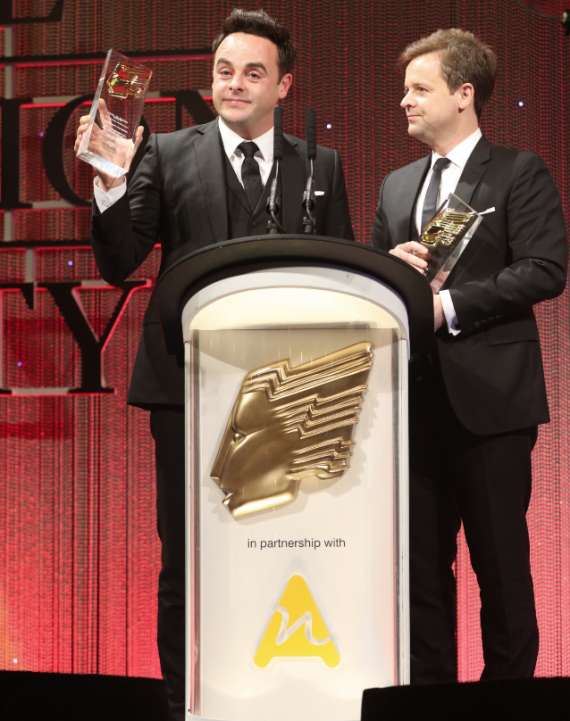 To no-ones surprise presenters Ant and Dec (who won their first RTS award over 20 years ago), won the best entertainment performance award – again. Basically until they die, no one else has a look it. Just accept it and move on, but clumsy Dec admitted he had broken the award soon after receiving it!

I can’t believe that Emmerdale beat rivals Coronation Street and EastEnders to win best soap and continuing drama. I mean seriously, who watches this? Is it a country and regions thing? I’ve never met an Emmerdale fan.

My old MTV presenter Reggie Yates won the presenter award for his BBC Three programme Reggie Yates’ Extreme Russia, which no one could deny, was just brilliant. Brave and ground breaking yet still respectful, this series has been fascinating and modern. 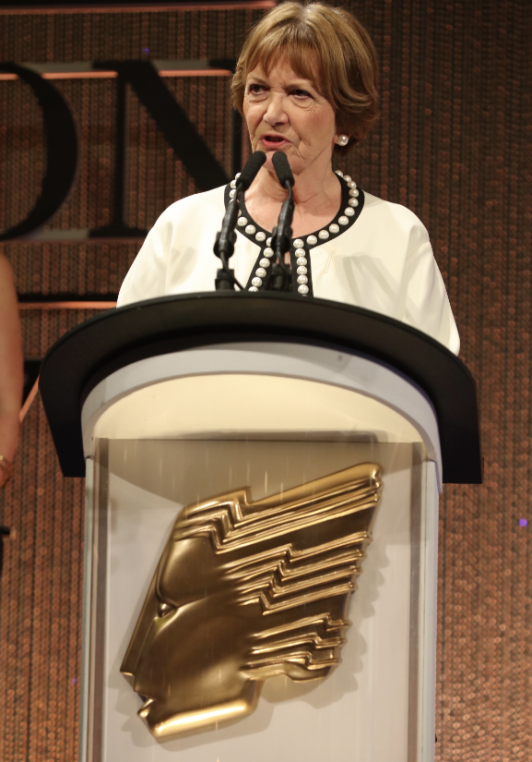 Broadcaster and journalist Joan Bakewell received the lifetime achievement award and made a very passionate speech about standing up for and supporting the BBC. 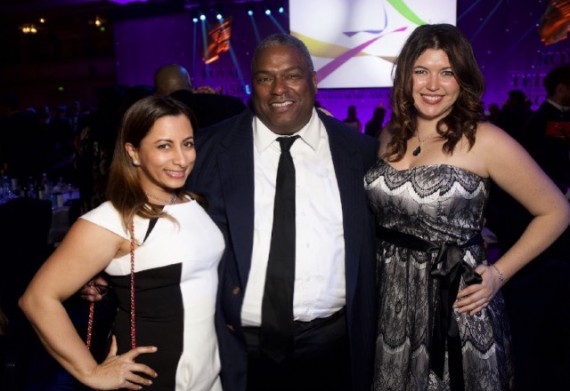 Children’s Programme
Winner: My Life: I Am Leo, Nine Lives Media for CBBC