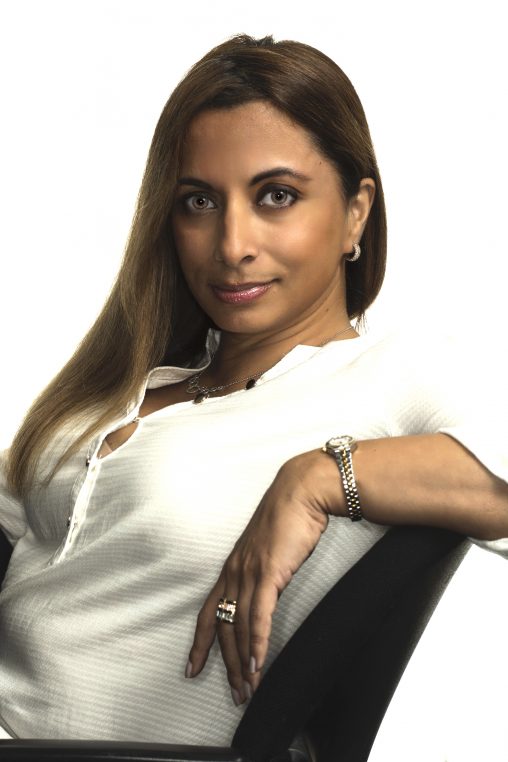 Jasmine Dotiwala has over 25 years of experience as a Head of department, manager, broadcaster, producer, director, Inclusion Leader and columnist at brands like Netflix UK, Media Trust, Channel 4 News, MTV and more. In 2020 she moved into a role working with the Netflix UK Editorial & Publishing team. She continues to support Media Trust programmes.

As a multi-media reporter and producer as well as a reputed D&I specialist, Jasmine developed the industry lauded, ground-breaking Media Trust broadcast trainee programme London360, whose (over 400 to date) diverse alumni have since taken up senior positions all across TV broadcasters and the creative industries in the UK. As Head of Youth Media at Media Trust Jasmine oversaw media training programming from TV Production, to radio podcasting, to vlogging and more, with thousands of young people all across the UK Nations & Regions. She leaves a legacy of diverse talent across the creative industries.

In addition, Jasmine continues to report on ground-breaking Arts and culture stories for Channel 4 News including reports on Stormzy and mental health, TLC and Black Lives Matter, Matt Hancock and the grime music genre and exclusives with music names like J Hus, Charlie XCX, Goldie and more.

Simultaneously, Jasmine also reports on Arts & Culture stories for Sky News and appears as a regular panel guest on Jeremy Vine on 5. She also hosted a weekly arts & culture show “The Scene” on BBC Radio London.

Jasmine was a key senior figure at MTV for over 13 years where she went from the early years as an MTV News presenter all across the UK and Europe, to Senior Producer / Director of MTV News, eventually heading up production at the MTV Base and MTV Dance production. She also returns to the Viacom family annually to produce at the MTV Europe Music Awards.

Jasmine has led masterclasses around inclusion and equity at businesses like MediaCom, Group M, Warner Music and Golin as well as further education establishments like the National TV and Film School.

Jasmine is an active member of the BAFTA voting academy, the Royal Television Society Futures committee, Board of Directors at the ILUVLIVE music platform, the BPI Equity and Justice Advisory Group committee and the MOBO and BET International Voting Academy’s.

A professional, multi faceted TV producer, director, broadcaster and columnist who has delivered solid results, and innovative diverse media that is strategically devised to entertain, promote and grow brand integrity.

A highly experienced, driven, dynamic leader, with the ability to lead a highly effective team and create internationally top rating TV content to tight deadlines and within strict budgets.

After a BA HONS DEGREE at Roehampton University Jasmine started at Channel 4 as a runner then floor assistant on THE BIG BREAKFAST, then as a presenter on the notorious, one of its kind, nineties youth cult show – THE WORD, before becoming an MTV NEWS presenter for MTV EUROPE.
Jasmine continued to be the woman in front of the camera as well as behind, and became Senior Producer-Director for many of MTV International’s flagship TV shows from MAKING THE VIDEO, MTV CRIBS; DIARY OF  ‘’ and MTV NEWS SPECIALS.

In 2006 as MTV’s urban music specialist and HEAD OF MTV BASE, Jasmine concentrated on giving everyone from Destiny’s Child , Jay Z , 50 Cent and Eminem the Jasmine treatment for her interview features and when she is not sharing Mariah Carey’s jet for one of her video diaries she busies herself producing more specialised shows on artists. Her ‘’Essential Mariah Carey’’ and ‘’Essential Eminem ’’ shows rated number one all over Europe and her  ‘’Essential Dr Dre’’  premiered at number one  on MTV’s hip hop channel -MTV Base!

In 2006 Jasmines A Night with Justin Timberlake Live, Jay Z Tour Diary and Shady Family Invade Europe and Ushers Making of the Video ‘’Yeah’’ provided MTV UK  with some of their highest ratings in 4 years! Whilst her ’ Making the Video; Mariah Carey (October 2005), was the highest rating making of the video on any MTV channels worldwide in 2005!

After 10 years at MTV INTERNATIONAL Jasmine was asked to head up MTV BASE production where she brought in new presenters, new urban comedy programming, specialist music slots as well as an aggressive, unifying, positive energy championing young, UK urban / black musicians and the culture.

As HEAD OF MTV BASE production over seeing the UK’s biggest black music TV channel and developing new shows, faces and concepts for the biggest music brand in the world, Jasmine was known for bringing in ground breaking changes.

Under her leadership MTV BASE brought in new, fresh presenters to the channel, developed 6 new programming strands in the first year, developed strong media partnerships within the UK and raised ratings, respect and awareness of MTV BASE within the public sector.

In 2009 Jasmine left MTV NETWORKS INTERNATIONAL after 13 years to return to Channel 4 Music Specials where her first project was the T4-A MARIAH SPECIAL and other similar music, youth, entertainment TV projects for Channel 4 including THE WORD 20 Year Anniversary Special.

In 2010 Jasmine was asked by ITV to produce and direct their new music strand ONE NIGHT STAND which included Ne Yo, Scissor Sisters and Pixie Lott.

In 2011 Jasmine moved across to the BBC where she started at the BBC Children’s Development team and then with the BBC TV MUSIC department working on developing new music TV content.

Jasmine has also been a print columnist for many years writing for a variety of publications including THE VOICE (13 years), Vibe magazine, Touch magazine, The Sun and Caribbean fashion glossy OCEAN STYLE. Jasmine also blogged on Huffington Post UK.

Jasmine joined the RTS (Royal Television Society) Futures committee in 2012 and continues to lead and participate in panels and masterclasses for the RTS.

During the early 2000’s you could read Jasmines weekly column in THE VOICE Newspaper and hear her regularly on the radio where she contributed and bantered about life, media, music and youth issues . (BBC Radio1Xtra /  BBC Radio London / CHOICEFM).

The first youth made TV news show of its kind that regularly, unashamedly championed the stories big and small , focusing of celebs and real people, unearthing and informing on hidden and secret London in the UK’s capital city.