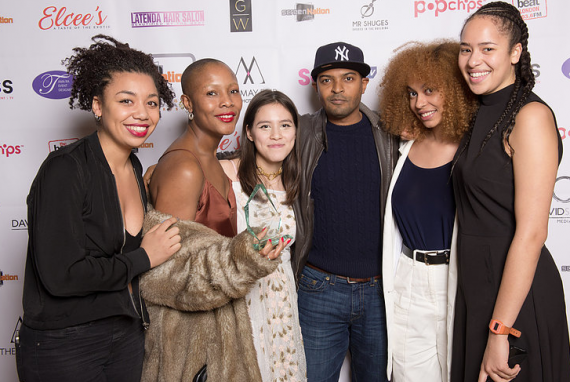 Last night, hundreds of future leaders from the UK’s untapped digital world gathered at the May Fair Hotel in central London, to celebrate the biggest movers and shakers online from the past twelve months. 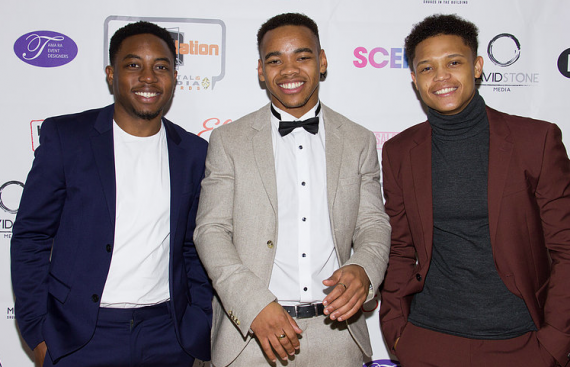 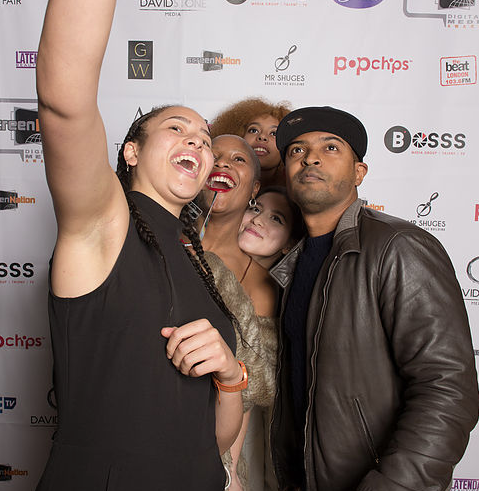 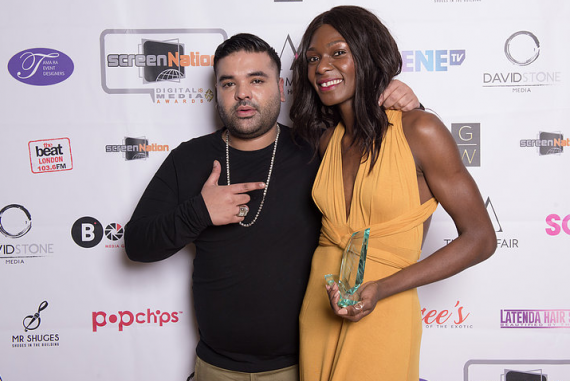 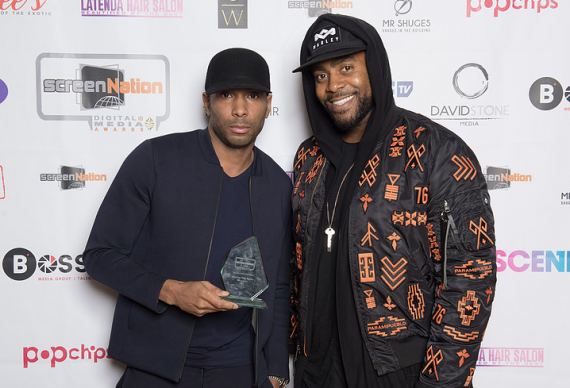 Breaking the mould in radio broadcast were winners Not For The Radio who picked up Favourite Online Talk Show. With their basic panel set-up of four presenters interviewing one solo music star for over an hour, they have de-bunked everything that media content makers are told about creating short, snappy, highlights. NFTR viewers are tuning in and staying logged into these long informal chats for up to two hours at a time!

The NFTR award was presented by Jodie Abacus – the hot new soul sensation named by Elton John as ‘one to watch’ for 2017.

The coveted Favourite Web Series Ensemble Award was went to A Lesson Learnt, presented by actor Kofi Abrefa, best known for treading the boards at The National (A Taste of Honey) and staring in Channel 4’s future robot saturated world – Humans. 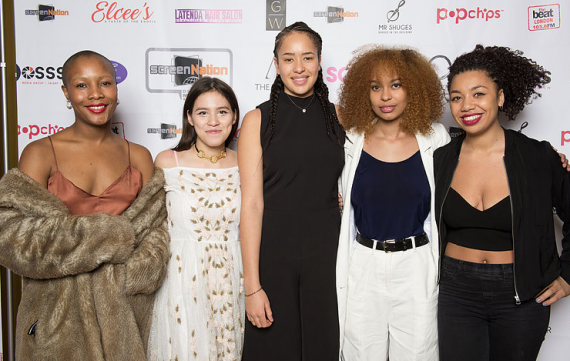 Hood Documentary were the big winners on the night taking home two awards for Favourite Web Series and Best Web Series Actor, which went to Kayode Ewumi. The spoof documentary follows wannabe Grime MC Roll Safe as he guides viewers around the ‘hood’. 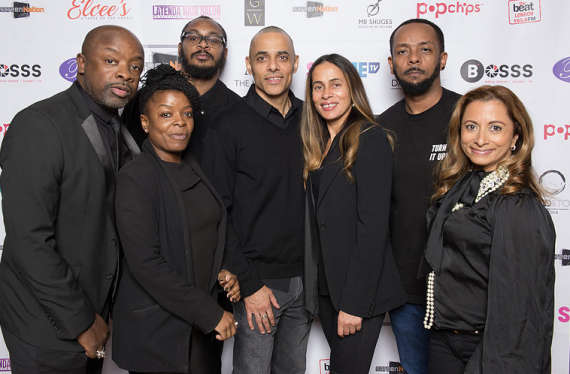 Media Industry Key Influencers Attend The Evening To Check Out The Talent.

A Dot Comedian,a talent who I’ve known since his early days when he was hustling the underground comedy scene, is known for his theatre shows, MTV and ITV credits, and won Favourite Online Comedian. 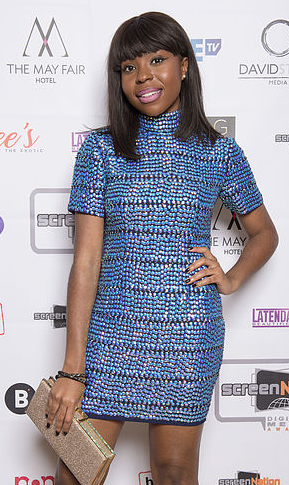 Charles Thompson MBE,is the man and founder of the Screen Nation Awards (over twenty years ago) and more recently the Screen Nation Digital iS Media Awards (in 2014). Charles is at the vanguard of celebrating and giving a voice to a ‘hidden community’ – a subject that my London360 reporters have just made a TV special about for Community Channel (SKY,Virgin, Freeview) and London Live, titled ‘London Undercover’, so it’s an area getting much focus currently. 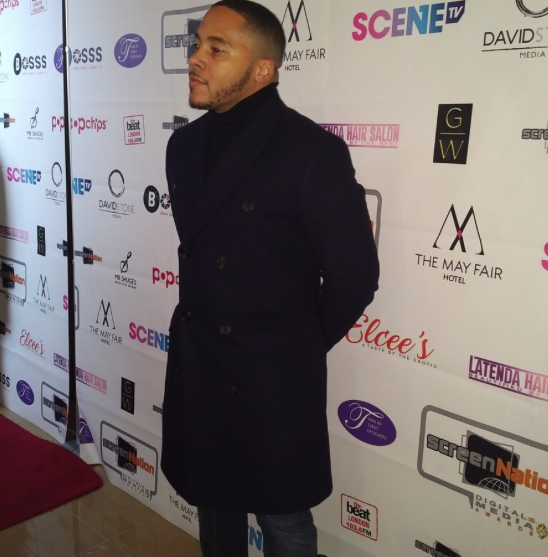 When Charles launched the Screen Nation Digital iS Media Awards three years ago to recognise and reward excellence, from this ‘hidden community’; literally millions of online Black British talent, YouTube superstars and business entrepreneurs had already saturated the digital landscape. Even major brands like Huffington Post have a Black Voices brand – they understand this is a rapidly growing, very economically-strong demographic with a commercial mind-set.

This hidden community with it’s DIY ethos, is made up of millennials who are creating vlogs, blogs, news platforms, apps, games, comedy and web series which are being viewed by millions of other millenials globally, yet are practically ignored by the UK mainstream media.

KSI for example, is a black Londoner who is one of the biggest web stars on the planet. Do you think he’s a household name? No. Yet when I attended his recent film premiere at the O2, hundreds of young people were hysterically screaming for him and his peers. The adults? No clue. 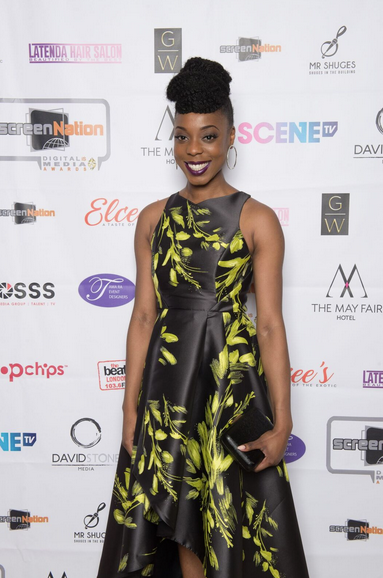 The #DigitaliSMediaAwards has been the only awards show to recognise these talented young stars and give them validation and it’s growing annually.

For example, nominated for the Digital Achievement Award was Fanbytes, which reaches millions of millennials and is the UK’s largest social video platform. Forbes described Tim Armoo and Ambrose Cooke, the duo behind Fanbytes as ‘the millennials redefining how brands market to other millenials’. These innovators count huge brands like Disney, adidas, New Look, Go Pro and Nickelodeon as their clients. 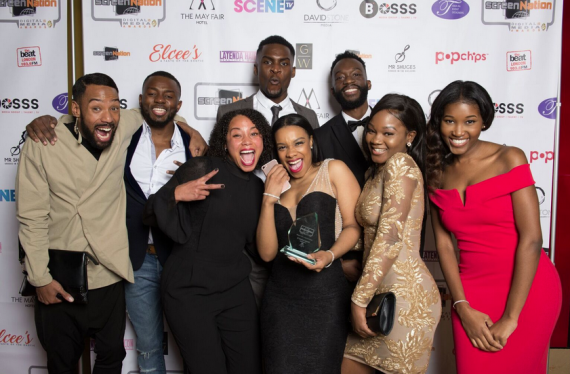 Emerging YouTube stars such as King Cas, (who can count BAFTA winning actor John Boyega as a fan) had over 2 million views on Facebook for his first show, yet you would struggle to find him featured in any mainstream media or Kayode Ewumi, 22 year old, comedian, creator and star of Hood Documentary. The online series was so successful it has now been commission by (ironically, now, an online platform) BBC Three.

A vast array of talent is being ignored by the old school media gate-keepers, yet this talent is clearly an enormous force to be reckoned with, commanding both trendsetting power and as well as tremendous influence. 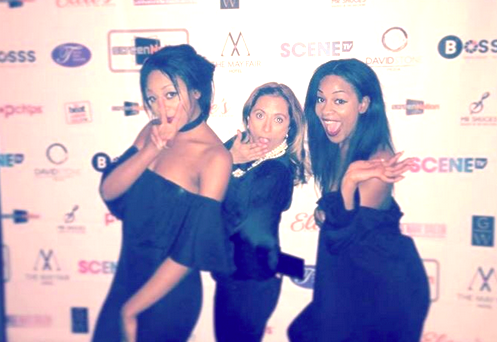 Internet stars Tights and Kay persuade me – actually not much persuasion was needed- to act a fool.

I’ve mentioned this repeatedly in the past in my past columns but all too often UK media often questions whether we need the MOBO awards, Asian Awards, BUFF Film Festival, Screen Nation Awards, British Black List, Screen Nation Digital iS Media Awards? Yes we do, for without these, all of this great talent would continue to go unrecognised and more importantly championed the way ‘the rest’ are. 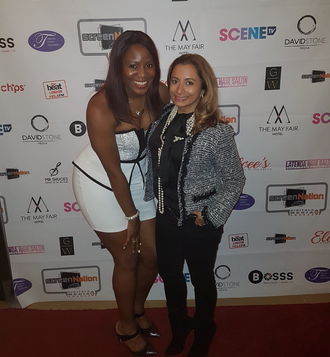 Take Annika Allen, the Co-Founder of The Colour Network which is an online TV platform commissioning its own content from new digital stars of the future.

Or Dionne Grant, a former editor at The Voice news paper who has now left the old school print press brand, to set up her own news platform titled The Young Empire.

The Awards, now in their third year, were established to celebrate innovative Black talent in new media: web show creators and content makers, who write, cast, shoot and edit live on location on their mobile devices, bluetooth the content back to a live gallery for airing on mainstream broadcast networks as well as their own YouTube channels. A double win.

So the next time you’re sitting comfortably watching your favourite weekly soap on a mainstream channel, think about the digital monster that has its tentacles spread across young peoples eyes, ears and hearts.

There’s a movement that’s been going on right under your noses. Are you a part of recognising it’s power and journey and jumping on board? Or will you be crushed under it’s momentum and force as it sweeps past you into the new age? 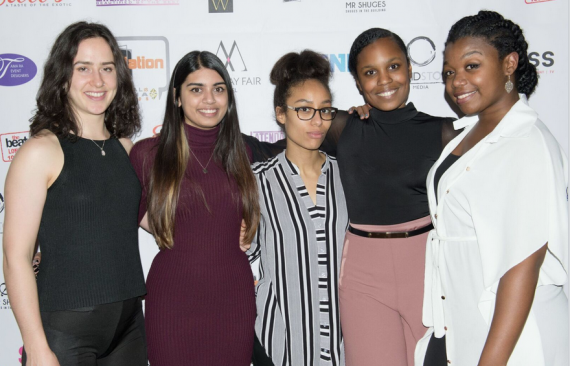 The London360 junior interns Miranda, Kavita, Rute, Eunice, Cleo), were on hand with social media all evening and #DigitaliSMediaAwards was trending!