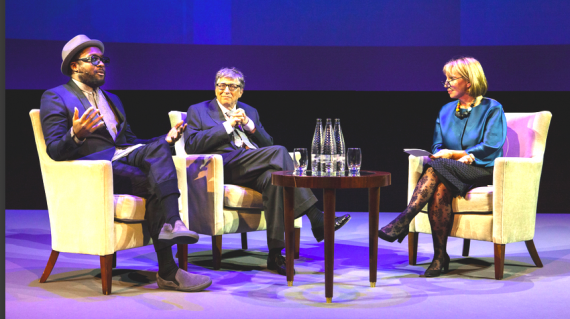 WILL I AM, BILL GATES AND EVENING STANDARD EDITOR SARAH SANDS.

With Google, Apple and Facebook this week announcing huge investment into its London staff bases, juxtaposed with the fact that thousands of youth organizations like STEMETTE (showing the next generations that girls do science) are now popping up everywhere, its been clear to the kids for a long while now that the future is digital.

Another recent driver to the tech world for students is an initiative called the IDEAS bus, which is a big yellow American school bus that has been gutted inside and refitted to house the entire tech offering.

The tech bus tours London’s schools and colleges for free, armed with VR (Virtual Reality) headsets that can give students the opportunity to experience a moon landing or the pyramids of Egypt, 3D printing and much more. The aim of the IDEAS bus is to turn make sure all students have exposure to cutting edge tech and secure the future of the UK as a business and tech powerhouse.

Interestingly a survey Driving Technology (the company behind the Ideas bus) ran showed that two thirds of parents don’t think being an entrepreneur or working in tech is a proper job!

Whereas whilst the dream being sold to millennial only a decade ago were options to be a rapper, footballer or reality TV star, nowadays the hip hop generation is one of the most tech savvy in the world, but is it infiltrating urban inner city disadvantaged areas?

This past month a very select group of tech and media key influencers were invited to the Natural History Museum in London to hear two highly influential, ground-breaking men discuss the future of tech and the impact of A.I on our future lives. 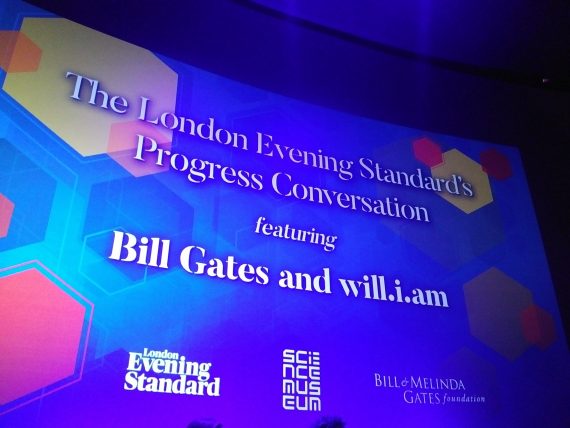 I was lucky enough to be invited by my old compadre Will to accompany him on the night. 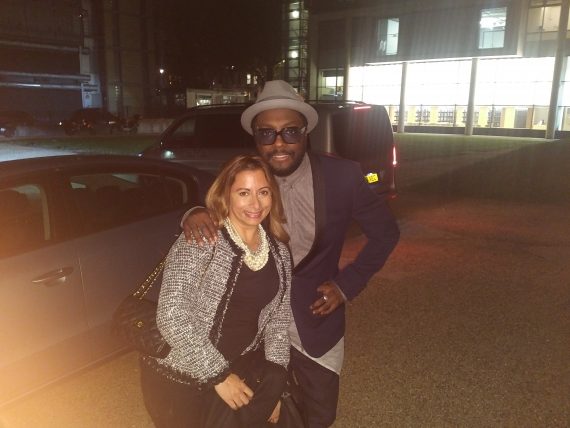 Just before the conversation there was a brief talk by Helena Nodenstedt from the Gapminder Foundation and Karolinska Institutet, that showed how technology, education and location affected a societies health and quality of life. 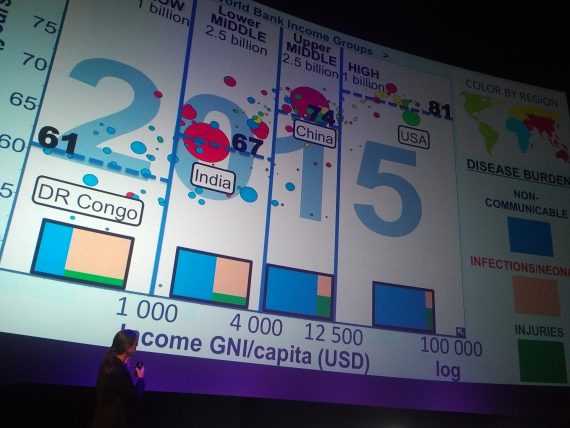 The conversation was both serious and light hearted with much banter and passion around the world of tech and how tech has been used for good globally.
What was really nice to see was that someone with the fame of Will would be so in awe and admiring of his hero Bill Gates, yet their conversation was natural, relaxed and powerfully inspiring. Afterwards the audience were clamouring to tell Will about their own STEM inspired activities. 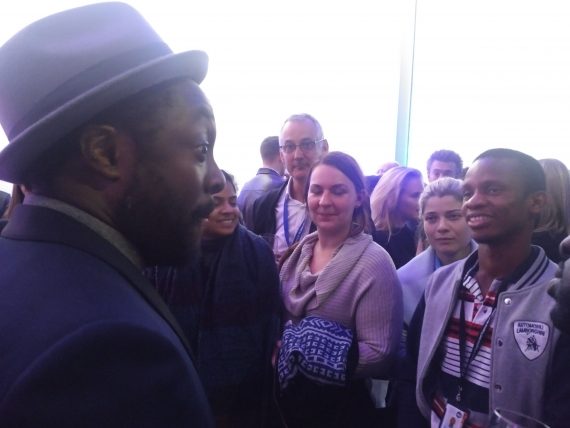 Below are some of the snippets from the conversation between Will and Bill to show how two great men from different fields are on very similar globally ambitious trajectories;

“Will. It’s my hope to inspire kids around the world to want to be tech stars in stem subjects. My foundation (http://iamangelfoundation.org/), teaches youth to feel comfy and learn stem so they can be a part of the future”

Bill. 50 years from now we won’t need as much human labour to do what manual workers do, so we should be able to take that extra productivity and put it to better use.
In the US IN THE 1900’S 60 % of people were employed on the farms. Today it’s less than 1%. If you told people back then that this would happen they wouldn’t have believed it. If you told them we would have therapy, massages and spas that played important parts in our lives they would’ve have believed us.

‎Will. I don’t wanna believe that racism exists, but the more I wish it away, the more I realise it’s in our system. I know that unless we teach our kids how to use stem to their advantage its going to be tough out there for the next generation. But also it has its disadvantages; you could use artificial intelligence to build a system around postcodes and income, which could lead to racial profiling.

‎Will ‘‘every school has a football field and only one gender and huge brands benefit. All males and the NFL. My 13-year-old niece isn’t taking stem subjects in class. We know A.I is a big subject now and it’s changing the world. We know things like uber changed the world. It’s not changing life for kids and in the hoods though unless we help teach them this now.

‎Bill. It’s ironic that this amazing invention of the Internet has made information gathering easier available than ever, but that this platform also helps spread misinformation. Regulation has never really worked unless it’s hate speech libel etc. But the way young people are joining communities online, and agreeing and separating themselves and creating their own facts about things like vaccination, is worrying.

Will. If you look at the world now its one that we couldn’t have imagined in 1997!. That I would be able to hit a button and a taxi will show up? We wouldn’t have believed that everything is disposable!. We have to imagine what A.I means 20 years from now? One day we’ll have our own personal A.I. Today we all give all our data away all day long while aiming to maintaining our privacy. In future A.I will attract things that are associated with ‘’my data’’. My “I-data-ty” identity. In future we’ll have a different type of rich and poor. Good A.I. Versus. wack A.I… it’ll be like kids in the inner city now.

Sarah Sands. What can we do to get kids into stem more?
Will; Every year there’s an Oscar Grammy and we celebrate those shows. We do the same in the U.S about sports schools and colleges. The same thing doesn’t happen for tech and stem. Folks wanna be like Bill I Am not Bill I Am. They wanna be like Stevie Wonder not Steve Jobs.
Last time I checked I held a Grammy, but when we do our thank you speeches, we thank God, friends and family. We forget to thank the scientists that began these musical inventions and systems. The guy that invented the phonograph and gramophone – Thomas Edison!

‎Bill. The next big invention that will change the way we live should be things like ways of generating energy like electricity. The thing that will change the world most rapidly is A.I. The computer will live your life, listen to you and understand you better than humans can. In many ways this is great news. With our foundation (http://www.gatesfoundation.org/) we use cell phones to send money to relatives. We can also survey people to see if their health needs are met. However robotics and other combinations will make the world pretty fantastic compared with today.

Sarah Sands; Will we humans become redundant?
‎Bill. As we get robots becoming more sophisticated, I think we should worry sooner rather than later on how much they could take over, but I think it’ll mostly be a positive thing. In terms of deadlines it won’t be any worse than nuclear weapons.

‎Sarah Sands; Can the planet survive?
Will. What we have our kids working on at the ‘I am angel foundation’ is getting kids that get left behind and training them in stem and A.I. Now is when we should think seriously about it, as they’ll be running those companies tomorrow.

Sarah Sands; How about the U.S election? (This conversation was days before Trump was elected).
Will ; Every election is important and each election says it’s more important than the last. But THIS one is extremely important. It could truly go the wrong way with people and faith in America or Americans. If this were a Portugal or Romania it wouldn’t really affect the world in a major way. Trump affects the world in a major way. If Bill left Microsoft we wouldn’t allow Trump to run it. But we’re thinking of allowing a man who disrespects women, Muslims, inner cities…wow!
I understand you wanting to disrupt politics…but why not Bill Gates for president? There are so many businesses’ that empower charities. How many men give away all their money to charities? Why not them for President?

Sarah Sands; Bill, could you run for President ever?
Bill. I won’t do that as…people care a lot that the USA is well run, and people globally expect us to do things in upgrading science and more. My foundation isn’t political. Both administrations over the years have done well in the past but this one…is a bit different. I’ve for some reason or other …never met Donald Trump.

‎Sarah Sands; Will, do you see yourself as a Global Citizen? UK Prime Minister Theresa May criticised the concept of a ‘’citizen of the world’’.
Will. “I’m a citizen of the U.S.A but I also travel around the world and love other countries like the UK as if it was my own. I love your tolerance and preservation of the arts. I love the Asian countries. I love my friend Apple De App. I love India, Russia and touring has made me many friends abroad. I’m from east LA. I don’t see colour. The only colour I see is this wonderful green and blue planet. That’s what I see.

Bill. I think of myself as a global citizen. If you’re taking care of your family and society and are comfortable you can start to think about helping those most in need globally. That’s how we became engaged in those things. There’s a unique thing about the UK, where you give a very generous foreign aid budget to support globally, which is spent wisely. We partner with the government here to make sure that that money is spent well. We support Liverpool School of Tropical Medicine, and London School of Hygiene and Tropical Medicine. We have over a billion dollars in these UK institutions, as they’re the best people to do the work. So the UK is a very international country. 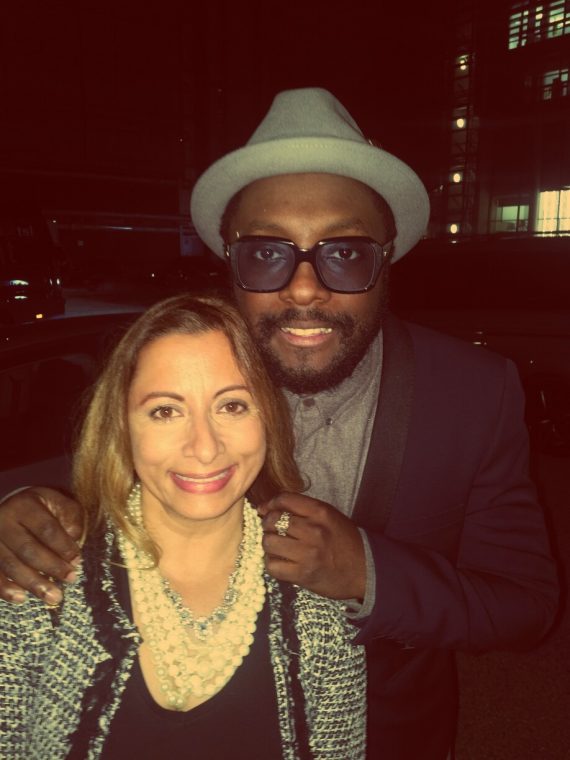