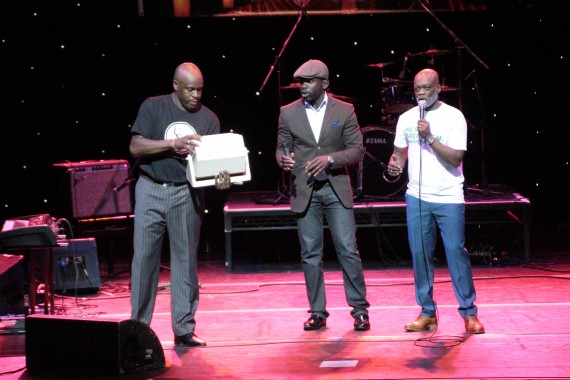 On stage with Eddie and Robbie, Holby City and The Revs Jimmy Akingbola.
ALL HACKNEY EMPIRE PICTURES COPYRIGHT- Jenny Marquis-Brown. 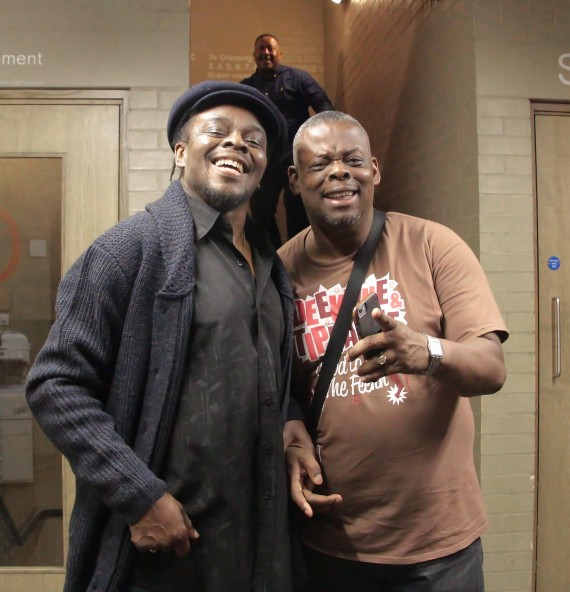 With over 20 artists on the bill the show started promptly with the 1st act being my old friend and presenter from MTV Base – Kat B – who managed to have the crowd in stitches in the 5 minutes allocated to each performer. Hosted by Eddie and Robbie the acts came thick and fast with comedy from the don dada Curtis Walker, queens of comedy Glenda Jaxson, Angie Le Mar & Felicity Ethnic, rising star Axel Blake and so many more. The many excellent music acts included Aysha Loren, The Voice contestant Lara Lee, Peter Hunningale and Tippa Irie who brought the house down causing Axel Blake to comment ‘he must have been big back in your day’! MOBO Award winning saxophonist Yolanda Brown wowed the sell out audience with her version of Ed Sheeran’s Thinking Out Loud. 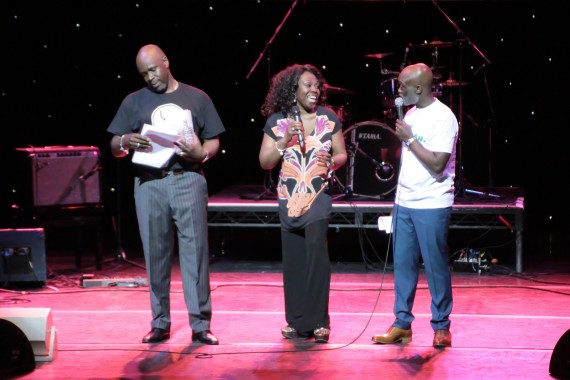 Celebrities who graced the stage on the night included Vanessa Feltz looking svelte and glam, as did her BBC colleague, the ever stylish Brenda Emmanus. Actors included Casualties’ Patrick Robinson, Holby & Rev’s Jimmy Akingbola, EastEnders stars Ellen Thomas & Angela Wynter, who informed us all of the great work the Rudolph Walker Foundation undertake with young people. Non Blond Jocelyn Jee Esien and Voice winner Jermain Jackman popped by, and the audience didn’t let him leave until he sang acapella for us. 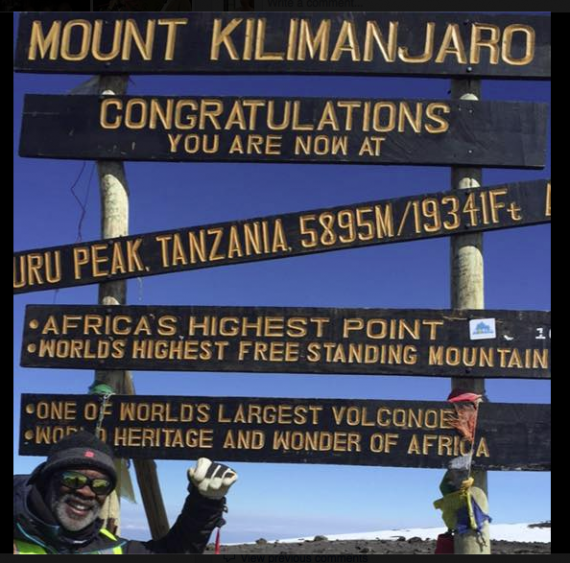 Eddie makes it to the top of Mount Killamanjaro.

The night was closed by my favourite UK comic Slim, who had tears of laughter running down our faces. Overall it was a great night and the audience not only had 3 hours of top quality entertainment, but also left knowing they had supported 4 great causes. 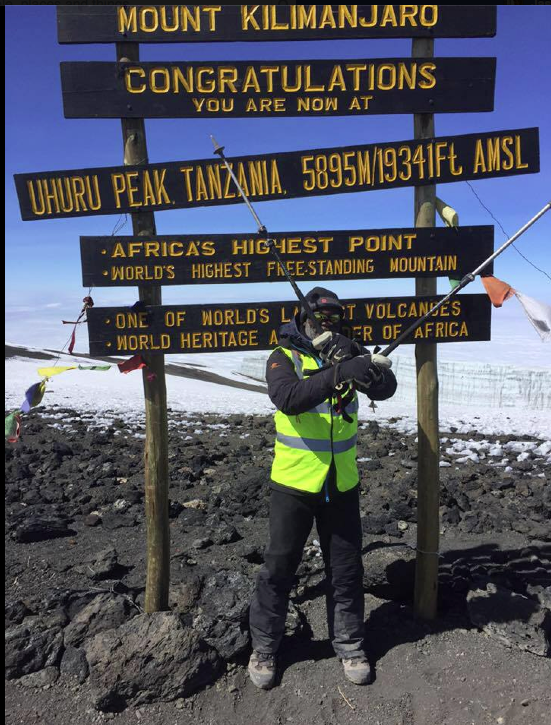 Silimanjaro was the brainchild of Eddie Nestor. Seven years ago he was diagnosed with the cancer Hodgkins Leukaemia. Whilst undergoing chemotherapy he made a promise with his maker that if he recovered he would raise monies for charity. He has already run the marathon, and completed a skydive, and this is his biggest adventure to date. Sadly Robbie Gee has had to pull out of the climb as he is filming ‘Frankenstein Chronicles’ for ITV alongside Sean Bean and assures me he doesn’t get killed in any of the 8 episodes.

This past week Eddie and his team succeeded in their Killamanjaro climb and my team and I want to wish them the biggest congratulations in the world!
Many people talk, but few act on changing life as we know it, and Eddie Nestor is a game changer. 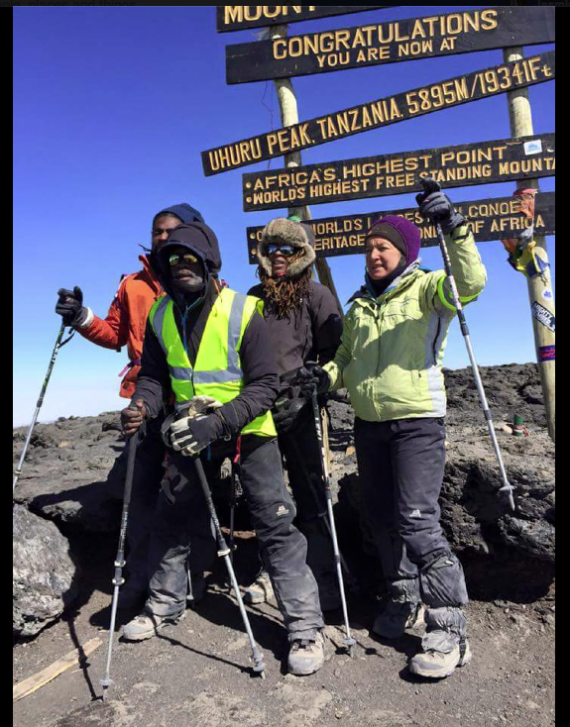 To find out more about the climb and how to support go to www.geestor.co.uk/Silimanjaro.