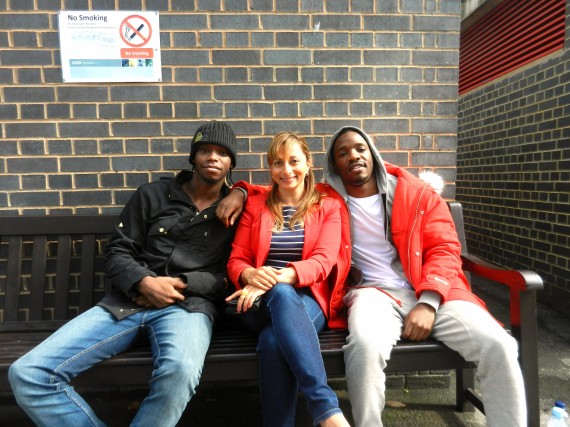 JASMINE WITH KREPT AND KONAN AT THE BBC.

I’ve spent most of the last fortnight interviewing new young reporters for series 5 of London magazine TV show, London360. We had so many applicants it was tough to make a decision on the final in house team as they were mostly very strong, but I think we’ve made the best decision.

BARKING IN ESSEX
Things that are labeled incorrectly or in a misguided way have always irritated me. You know when you pick up the Honey Nut Cheerios in the supermarket, to get them home to find out they are in similar packaging, but this is the fake, cheaper, funny tasting version? That. So I keep seeing these poster promos for a new theatre show in the west end, called Barking in Essex. With my love of all things TOWIE- or more realistically- laughing at their desperate, mentally challenged fakery, I think I want to see this. It promised to be a ‘’riotous comedy’’. It sounded funny! A laugh a minute! I expect Essex stereotypes caricatured to intense proportions. I want anyone with an Essex postcode to laugh and cry at his or her community’s eccentricities.
So we pop along to the Wyndham Theatre, just off Shaftsbury Avenue- a small but beautiful old English theatre. The show starts with its expected visual of a typical Essex home. All the crass, blingtastic, opulent, over techy interiors you’d expect to find are on show. We are introduced to the main family of characters who swear a lot, and typically haven’t the greatest grasp of grammar and muddle up words and phrases continuously. Every other word is the C or F word. This is only funny up to a point. The narrative engages you all the way to the interval. Local gangsta Algie is coming home from prison and expects to find his ill-gotten gains of millions waiting for him, except his wife and mother have spent it. The audience is gagging in anticipation of meeting Algie throughout the show. With comedian Lee Evans playing Algies son-in-law and Sheila Hancock playing his wife, you’d expect the comedy timing to be brilliant, but it just feels humdrum and tired. Written in 2005 means the writer Clive Exton had a vision of TOWIE before TOWIE happened. Sadly, this potentially hilarious vision felt like exactly what it was- eight years too late. It’s a very dark comedy juxtaposed with a lot of tragedy. Nothing wrong with that, but the poster and trailer are branded so that it feels like TOWIE on speed. That’s what I would’ve liked! 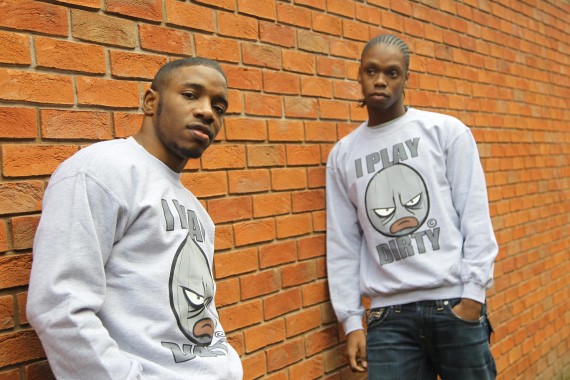 KREPT AND KONAN
I tell people not to sleep on things. (If you think I mean lying horizontally and resting you’re the wrong generation for that saying. it means jump on board something whilst it’s still hot!). For the past 4 months someone has been trying to get me to meet a South London rap duo Play Dirty, who are made up of two young men called Krept and Konan. I have had too much on to pop them into the diary, and lo and behold last week, they made history by entering the UK music charts at number 19 as an independent act. That means that with no record label backing, no big promotion opportunities, no publicity, just their own heat on the streets, and with their millions of young fans across the UK they broke down that music chart door, and claimed their spot. Of course, next came the mainstream print press stories in the Guardian and Independent, and I sat back and kicked myself for not having penciled that diary date in earlier. So here I am, jumping on their already rolled off bandwagon.

The UK music scene is moving in a new strong way. Artists didn’t understand how to play the game in the past. Some didn’t understand the importance of clean and dirty versions of their songs. Others wouldn’t turn up on time for interviews. The game has changed; Krept and Konan are proof of that.

23 year olds Konan hails from South London, Thornton Heath, Krept’s from Crystal Palace. Konan smiles ‘’we had mutual friends, we had a huge group of mates that did music but we both filtered off and wanted to make it to the top together, our school teams played each other at football, and we were called Konan and Krept before we even met each other’’. Their names easily flow off the tongue. Krept ‘’I loved trainers, sneakers, Kreps so people called me Krep and kept missing the t off-it stuck, Konan was running around causing a madness like a wild child, so he was always Konan the Barbarian and our nicknames were born’’.
Listening to the duo’s very strong mix tape, it’s clear both MC’s are equally gifted on the mic with punch lines and metaphors beyond comprehension, They tell me that’s healthy and means no ego’s or unhealthy competition ‘’We’ve never had any major fallouts, petty arguments but nothing major, just the smallest of things but we always come to an agreement’’
Their vocals have a powerful, passionate clarity which will no doubt resonate with listeners, and lead to success if managed properly, ‘‘we don’t wanna get money and blow it all. A lot of people let fame get to their heads, we would never do that, people you diss on the way up will be there waiting on your way down’’. Smart lads.

My heart breaks listening to their tracks ‘‘my story’’…and ‘’other side’’ which are about the murder of Konan’s stepfather Ned, who was murdered at home protecting Konan and his mother after a gang came for Konan. ‘’I was determined to turn this negative into a positive’’. My Story talks about the night of the murder and how the duo consequently dealt with their grief and kept focused on the positive side of life. Konan revealed ‘’at the time it was make or break for me, the police took my clothes for forensic tests I was left with absolutely nothing’’

Even though TeamUK acts have their own movements and cliques, its unusual for so many mainstream acts to tweet and champion a new act the way in which they’ve embraced Krept and Konan. Everyone from Tinie, to Chip, to Wretch and more have shown the boys love. Konan ‘’This industry is usually competitive and people don’t want to promote each other but we’ve been lucky enough to make some big strong, real connections’’. The boys have songs featuring all the big current acts like Chip, Tinie and Giggs, ‘’we were around at Chips house the other day just reasoning and I’m still surprised cos we grew up seeing him doing ‘’oops-a-daisy. Even Tinies manager told us that Tinie never does verses for other acts, but he collaborated with us so we are truly humbled’’.

Konan adds ‘’I was friends with Funky D who used to show me how the scene operated, and then our first big break was the Otis cover we did, it got 3million views, it made people talk, but Jay Z;’s record label informed us, via e mail to Krepts phone, that we were infringing copyright! We were going through a tough time with the ‘’our story’’ situation and we were just about to go onstage on Skeptas tour-it was hard to deal with. Next the Otis heat turned into a negative, cos people accused us of fiddling our viewer numbers on YouTube, so we carried on working and then our mix tape charted at number 19, so I think that was a big moment too. The tough times were hard, but our manager Vash told us often things backfire but we needed to buckle down and focus, he taught us a lot and we will now use that education to play the game properly’’.

The duo’s mix tape is unique in that it sounds big, filmic and panoramic. They give the credit to their team ‘’we have our own movement called ‘’play dirty; our in house producers are ADP and Adot Skitz who give us our unique sound’’. The duo is achieving fame and success quickly but it’s important not to forget they’re very young. A track on their mix tape is titled ‘’ ‘‘Too young’’ and speaks about being too young to be rushing things in life like women and relationships. We briefly discuss social media and platforms like instagram where young ladies upload scanty photos.

Krept laughs ‘‘everything evolves around social media, you can meet your next girlfriend online, I have! I have cousins with instagram who are 10 years old. The porno-grafication of young people is going to get worse, we cant do anything about it, you can put bars on computers, but better still you have to educate them about life’’. Talking about the trend for young women to take numerous scanty photos of themselves and pop them online Krept states ‘’you wouldn’t want your wife putting out naked pics of herself, I will like it and maybe even follow them back on twitter, but that girl could never be my wife’’.

Speaking of the ladies, we touched on the recent Naomi Campbell campaign to use more women of colour in the fashion and entertainment world. The boys said they were doing their bit ‘’ we always make sure that in our videos we use models of colour and are inclusive, we made sure there was a black girl and white girl in our videos’’

The boys have been nominated for a MOBO for best newcomer alongside Etta Bond, Fuse ODG, Shakka and more. They reveal ‘’we’ve been getting our fans to vote; we have a big fan base so we hope they come through for us. I was watching Kanyes speech’s at awards the other day, so I’m getting inspired to win. We need the MOBO’s cos they highlight the urban scene, when the Brits turn their back to us we still have the MOBOs. My favorite MOBO memory is So Solid Crew coming down from the ceiling and stuff- I’ll never forget it, it was crazy!’’

Their new album is coming in 2014 no title yet but tracks starting to take shape. ‘‘We only hope we can not repeat ourselves and keep our lyrics fresh and real, we don’t ever want to lose who we are but understand that we have to play the game and make music that the majority might want to hear as well as mix tapes for our fans. Its not selling out, its selling out stadiums!’’
The fact that these two little-known MCs galvanised teenage music fans, to buy their music in a world where everything is now downloaded free, must mean they are worth a listen. If you don’t know, get to know.