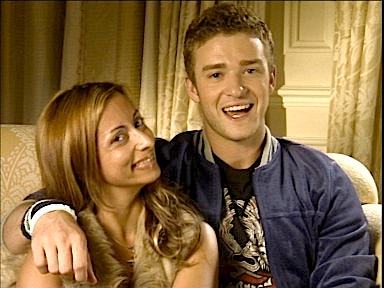 JASMINE WITH JUSTIN TIMBERLAKE.
A busy week preparing a lecture that we are holding at the BFI (British Film Institute) on the South Bank about filmmaking, and then off to the RTS (Royal Television Society) monthly committee meeting which is brilliant fun to banter about media and broadcast with my peers. If any of you young newbies to the TV world are looking to get in or up the ladder in television there’s nothing I recommend more than joining the RTS-its free- and their regular sessions at least once a month after working hours at all the big TV broadcasters help you go from runner to TV superstar very quickly. take a look at the site here and get involved-I’d love to meet as many of you here as possible!
http://www.rtsfutures.org.uk/
My highlight of the week had to be catching up with the delectable Justin Timberlake! I cant tell you how amazing this young man is musically. A true musician that has an impressive history of R&B knowledge all up in his head. Justin was always a pleasure to work with at both MTV and Channel 4 and has always been the most well mannered young superstar. Even at the height of his fame he has been the most well mannered, welcoming, friendly act. This month he’s back with new music and like the classic melody maker he is-the track SUIT and Tie’ is classoic Justin. a great hook uninfluenced the the modern day hype of dubstep or dance music. Justin is a strong believer in the classic soul music he’s grown up on and revealed that his new music is simply great material that he had been inspired to make after ticking many other boxes in his life. The music drew him back, the time was right and with love and melodic hooks in his heart he’s back! The rest of the album is exactly what fans of smooth R&B have been craving for so long. Could this be a wave turning back in favour of mainstream soul? I hope so! 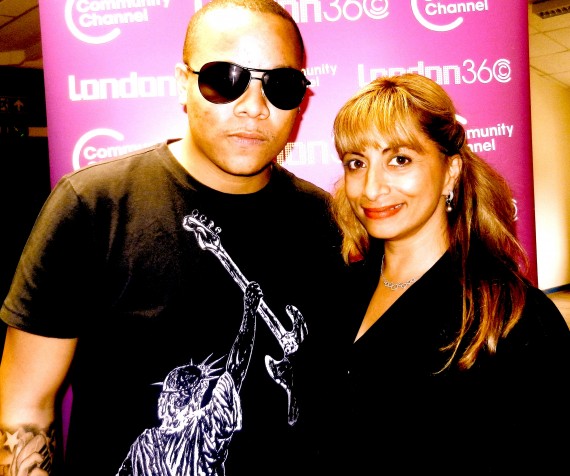 JASMINE WITH DJ IRONIK!
Next it was off to DJ Ironik’s birthday party which was hosted by Lil Chris from Towie and also DJs Scottie B and DJ Woody from Choice FM.. As a testament to just how popular Ironik is in the industry, as well as his mum and family all being there other acts like Chipmunk, Russell Kane, Derry from X Factor’s The Risk and lots more.. And it was amazing seeing real party DJ’S like Scottie and Woody-who really always drive crowds into a frenzy whether at carnival, Ibiza, Aiya Napa or a house party-they truly know how to make a party rock. We partied till we dropped LOL. When I mentioned to Ironik that I wouldn’t be staying all night as I felt slightly older than his crowd he laughed and told me ‘’ Jas-don’t be silly my mums here-you’re NEVER too old!’’

Then it was off to borderline to watch PJ Morton at his showcase, (more on that young man next week).
After those I rushed off for an appearance on BBC WORLD TV where I was talking about the top 10 live music tour list from the past 12 months that saw Madonna lead the top 3 (at $296million!) that also included Bruce Springsteen and Pink Floyd’s Roger Waters. The youngest act in the top 10 at number 4 was Coldplay.
In comparison, teen sensation Justin Bieber, who played a 35-show tour, failed to crack the top 20, taking in $40.2 million, at No. 23.
This led the BBC to question ‘’if pop music is a young persons game how come the top 10 live music earners are over 40?’’ Well let me break it down for you dear readers.
The main thing here is the longevity of the pop star. The more years they’ve been around the more experienced they are so their shows are brilliant. Older bands know how to create a stadium experience.
For big established older acts that do a much shorter run of shows for much higher ticket prices, their costs for catering/ live musicians, roadies, security is much smaller.
Barbara Streisand, Madonna and the Stones tickets often start at 500 pounds. Younger acts like Rihanna’s start at 27 pounds. Rihanna has to do a lot more work to try and equal her elders.
She might get the daily column inches, which of course lead to chart hits as young people run and buy her material but ultimately she’s more famous than she is rich. So there isn’t always a correlation between chart hits and real money made by the music act.
The bigger acts like Madonna and Rolling Stones will perform at massive venues for a shorter period as opposed to Rihanna who will do numerous numbers of night after night at the 02.
Older acts have fans that have been loyal to them for years and they continue to pick up new fans from younger generations.
Older music fans and audience’s have a much higher disposable income so the older music starts can charge big bucks knowing that their fans are more organised, will book tickets early and pay whatever they are charged. When you are an older act your key appeal is to have an audience with a more disposable income- when you charge £200-£1000 per ticket you knock out the younger fans that don’t have the money. Younger audiences want cheaper tickets for a much more tangible experience.
So is there a difference between who tops the charts and who has the most successful tour?
Not really, anyone these days can have a number one hit with a song that comes from nowhere. See Psy last year. A great act will have a reputation for delivering a great live show.
A one hit wonder can even have a great one off show, (see Bobby Valentino, Sunshine Anderson, Tierra Marie etc a few years back), but the biggest tour earner will always be someone more established that can command cash.
The band the Black Keys tend not to have chart hits but have successful tour after tour, Pop acts don’t have that experience.
The figures are staggering, what percentage of those ticket sales do you think the artist gets to keep?
Every single show is different. It depends on the promoter. Pop stars are guaranteed their fee, it’s the promoter who either makes above the odds or loses money.
Some acts will demand 100/200, 000-million per show, but then an act like Mariah or Beyonce can charge anything for a private show and both have been rumoured to have received up to 4 million for one night for a private show, so it really depends on each individual deal.
You may notice that most major music acts these days tour alongside promoters like Live Nation who pay over the odds for the artist so they squash their competition and other promoters. They might not make loads of cash but they get the kudos for being the staple, trustworthy promoter.
Which countries are these acts touring, are they going to established countries or are they trying to break into new markets? Have any of them ventured into territory where they haven’t been before?
Honestly nowadays acts will go wherever pays them…they have their set territories that work for them, but then once in a while a promoter in Timbuktoo or Turkey offers a big pay check for a gig so they’ll go. The artist doesn’t ever take the risk, the promoter does…
So when you next see your average UK pop star in the tabloids day after day don’t assume they’re wealthy-their record label is-they’re most likely not. Hopefully you can now understand why the older music acts that have been around since the 80’s and 90’s aren’t past it- they’re rolling in it!
The only unfortunate thing about my whole appearance on BBC WORLD was that just before I was seated in the hot seat I had been told I had at least 10 more minutes before I was on air, so I moisturized my hands having just come in from the cold. Suddenly 30 seconds later, I was dragged onset and the presenter Peter Dobbie immediately reached out to shake my hand with a smile. I automatically clutched his with my hand all moist and creamy!. I saw him inwardly squirm and wipe his hand as discreetly as he could on his chair. How embarrassing! I didn’t even have a second before we went live to explain it was cream not sweat. So my apologies Peter- I’m really not a sweaty Betty!