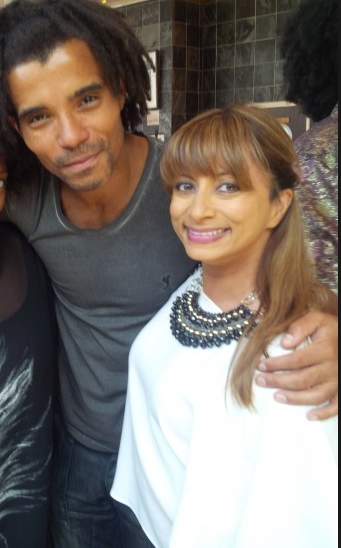 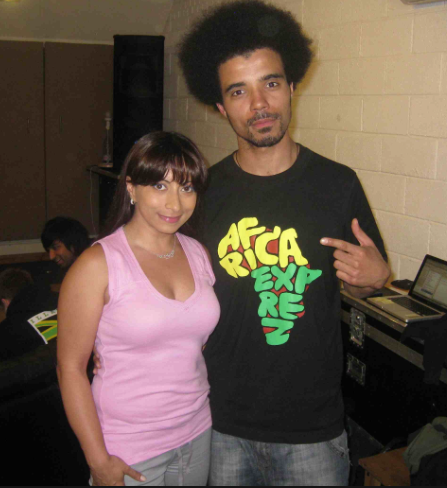 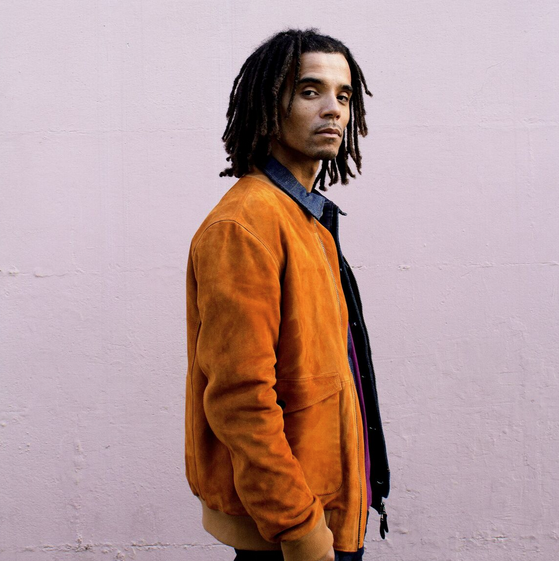 Akala has more recently been known for his compelling lectures/seminars and journalism (The Guardian, Huffington Post UK and The Independent), TV presenting and scriptwriting. Over the last few years he has also gained a reputation as one of the most dynamic and literate talents in the UK.

Akala has also featured on numerous TV programmes and fronted documentaries across Channel 4, ITV2, MTV, Sky Arts and the BBC promoting his music, poetry as well as speaking on wide ranging subjects from music, youth engagement, British / African Caribbean culture and the arts as a whole. 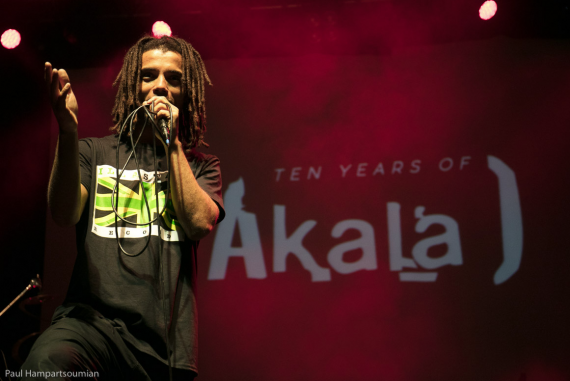 This past month he has been on the road with his ‘’Ten Years Of Akala’’ 27-date UK tour that ends in Cambridge on 31st October, the majority of the dates have been sold out.

The album ‘Ten Years Of Akala’ was released on 23rd Sept 2016 and to celebrate 10 years since the release of Akala’s critically acclaimed debut album It’s Not ARumour, Illa State, Akala’s very own independent home record label, are proud to announce they will be releasing a triple vinyl of selected tracks from each of his six albums chosen especially by his supporters online. This special edition album will be also available for download in digital format with several new tracks.

To mark this unique milestone, Akala has been stepping out with his band on a live ‘10th Anniversary Tour’, taking his hard hitting live show to venues all across the UK and Ireland.

His biggest tour to date and in conjunction with Live Nation, this whirlwind tour was a real treat for his fans as he performed classic tracks from the ‘Ten Years Of Akala’ album alongside some special guests too.

The tour finishes this week in Cambridge on 31st October. 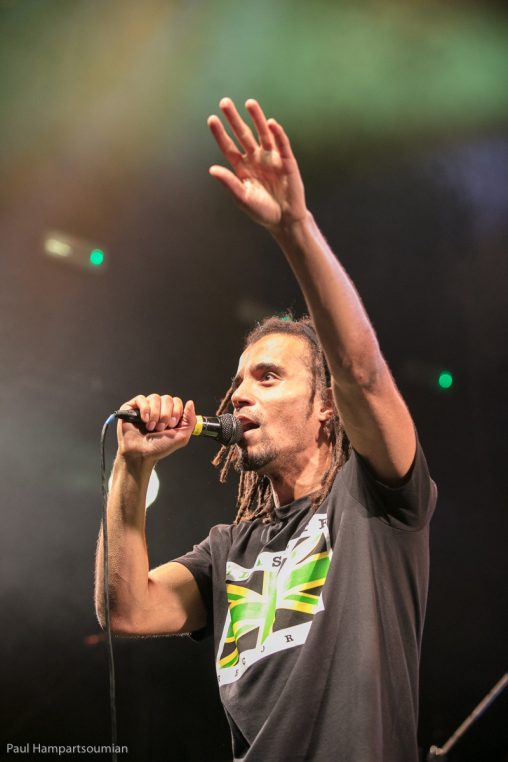 Ten Years of Akala gives one pause for thought – here is an artist that had it in him to keep his fierce independence when it was not fashionable, has performed in over 30 countries, released 6 albums, two books, presented the seminal ‘Life of Rhyme’ for Channel 4, founded The Hip-hop Shakespeare Company and has been a tireless voice for education and social justice in the UK and all over the world.

In fact, in one of my early conversations with him years ago in the Nineties, I recall begging him to make a couple of ”more commercial tracks” to help him jump off bigger in the mainstream and he said it just wasn’t his way. He wanted to stay true to himself and he really did.

Akala does so much it can be easy to forget that first and foremost he is an amazing musician. 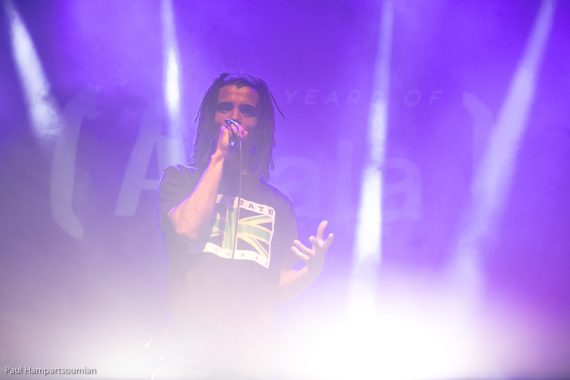 The shows were full of diverse audiences and had something for everyone. Hip-hop, grime, metal vibes as well as stadium anthems, spoken word, comedy and activism. His live show is 90 minutes of relentless tracks, backed by intense and stunning visuals, live drums, a DJ and with no need for a ‘hype man’.

He opens up with a musical Intro, Let It All Happen, and then Shakespeare. To the audiences delight he performs his much lauded Fire In the Booth, and recites a piece from his book Ruins.

His set also included some film visuals, which included past videos of himself over the last 10 years, as well as images of powerful black people of influence over the last 50 years. There were also images of the various wars and upheaval around the world.

Halfway through the show he appears onstage dressed up as a character that resembles the Artful Dodger from Oliver Twist, but Akala references as a character called Pompous Peterson.

On the London date at Koko, Akala was joined by three guests onstage;
1. His rap peer Low-key joined him on stage to perform Behind My Painted Smile.
2. Next, singer, songwriter/ music producer Marshall joined Akala to perform his new single “Giants”.
3. Finally performer Niles, wearing an interesting hat, joined him on stage for Sun Tzu. 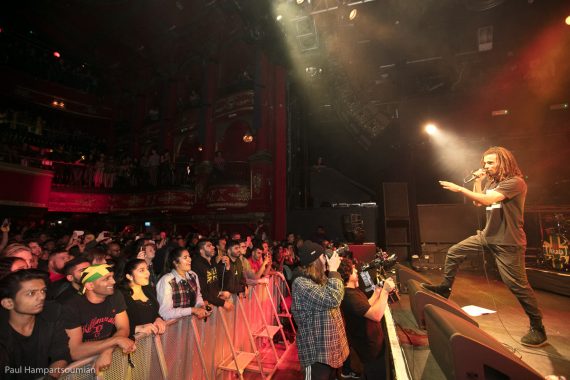 Akala held the crowd’s interest from the second he appeared onstage with his live drummer and dj and had them eating out of his hand and following every command on his journey of high dynamic and more serious messaging throughout.

A remarkable thing about Akala’s digital/social media is the number of influencers that follow him, making his online reach much greater than what would usually be possible with those kinds of numbers.

In terms of news, almost every major news and media agency in the US & UK has featured Akala in one way or another over the last 6 months. 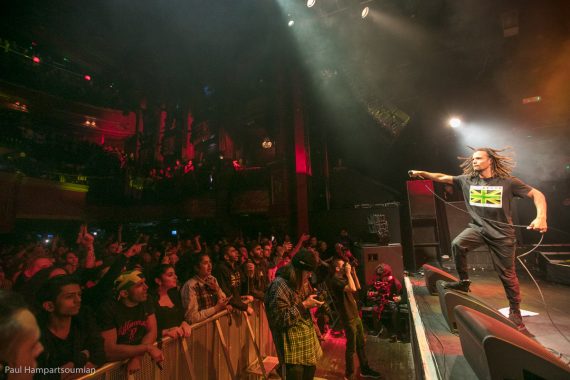 This anniversary release reminds us of that and the growth of a talent that has toured the UK and globally, all whilst being largely ignored by mainstream radio for the past decade.