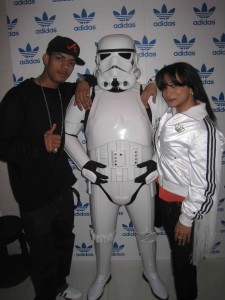 I recently got accused on twitter of not sharing helpful industry info with some of my followers. I jump on twitter usually in traffic jams in the car so decided to catch-up on the virtual world. I noticed a lot that troubled me so I had a rant. Post rant, many followers suggested my rant was great, insightful and should be printed for prosperity. So here it is. In twitter lingo and as it appeared for authenticity.

2.   Also noting a lot of folks living a twitter fabricated life that’s not their real life…and scarily their followers believe it- dangerous

3.   Young peeps b aware that alot of people u look up 2 live very different lives from their internet personas- don’t believe all u read on here

4.   Even interns call themselves CEO’s /presidents of their own companies online. Hilarity. Don’t talk. Let your work and rep spk for itself

5.   There’s a really shady, ugly side 2 this showbiz industry of ours.Keep yo integrity &be classy always. Don’t let haters who want 2bu distract

6.   lucky I value integrity cos sum of the stuff I’ve seen/heard/witnessed in da music game rEVIL.UGLY.Not a game u wanna get in2 if ur scurrred

7.   seen em all burst on2 the scene as the next big artist/journo/presenter/label head/manager/dj/whtever,a couple yrs down its #wherearetheynow

8.   This industry is TINY. u put 1 foot outta place morally we all know about it.U think u were slick on the low-but we all know. We laughing..

9.   Djs who take payola,gals who wanna sleep their way up,artists who hustle illegal runnins,friends who only sort friends,racism-we see it all

10.This twitter game is not to take over your working day-your real life&ambitions r in the real world,not an online persona. B real to yoself

11.If ur positive,honest,know your craft,be better than the rest,you’ll do just fine.The ultimate devil is yo ego– I’ve seen it DESTROY peeps

12.Young folk- industry music parties r not like they used to be. When jay/puff were new/young, parties were real for dancing, talking and fun…

14.I guarantee you that the house parties u go to are more real and fun than the industry ones u wanna be at.

15.I am so sick of “industry players” makin promises 2 young, gullible, ambitious people only to leave them w/broken dreams.have yo brain on lock

16.Ladies. In this game. Your business mind spks for itself. But next its your sexual reputation. Once that’s gone,its a wrap.

17.There are 30+ aged music industry peeps tryna spk in 18+ kids lingo. You’re not down. Folks are laughin. And cringing. Stop it.

18.Stop being bitter if you feel you’re not where u should be in your career. No one spoon fed anyone. Everyone wks hard for theirs and owes no1

That was the rant. Sometimes I have them. Forgive me. Its as if the music industry has warped young peoples definition of success and life. I know I am part of the problem. I have written a column for over 15 years and focused on music acts. That was because I was in a very insular music company. Now I’ve grown a bit. I’ve opened my eyes can see that there are so many young talented people out there but as the media focus only on music we assume that’s all we can do. There are young people making massive strides that aren’t in music am going to find them and talk about more of them moving forwards.

For similar reasons last fortnights BRIT AWARDS felt good and bad. The excitement was high from the night before the show when Adidas threw a pre Brits blow out VVIP bash at Bungalow 8 introducing their 2nd round of star wars and originals spring/summer 2010 collection inc eyewear and watches.. there were actual darth vadar and R2D2 types mingling with us. One even encouraged N Dubz Fazer and I to get friendly with him!. In the Adidas gifting suite, (which is basically an American concept generated from uber VIP awards shows where brands gift celebrities and VIPs with free stuff,) it was full!. There were paparazzi from the daily tabloids, Sabrina Washington, Brigitte Kelly, Ralf Little, Mini Viva, Kesha ,N Dubz, Bashy, designer Wale Adeyemi, hip-hop photographer extraordinaire Paul H, makeup artist to the stars Kristina Theodoris, comedian Eddie Kadi, Twin B, Master Shortie ,Ryan Leslie,  stylist Richard Shoyemi , stylist/presenter Vernon Francoise, Lesley the boxer , Cookie from the legendary British female rap group Cookie Crew (what you’ll know about that?), Tim Westwood and more. There was dancing, music, shrieking.I got in at 3am and knew the next day I would be a hot mess cos I disrespected sleep so irresponsibly.

The actual BRIT awards I liked. With talent like JLS, Dizzee and Jay Z all recognized it felt as a lot of us in the industry over the past 2 decades who have fought to help put young black and urban talent on the British map could exhale. Finally it felt like there truly was an equal playing field where our favourite acts were championed alongside the rest. A lot of us did smile and exhale. Some were still bitter but hey-you cant please everyone.

The bottom line in the genre of R&B and hip-hop felt respected and accepted in a field] that before we felt continuously rejected, belittled and unworthy. That’s got to be a good thing. It was one of my fave Brits ever cos young British black talent was finally recognised and seen as equal on the music playing field. Backstage at Earls Court felt good. Dancers were taking photos with each other and collecting the Dizzee / Florence bank notes that were used in their performance with both their faces imprinted on them. (my godson was very happy with his!) , Peter Andre was getting a last minute fake spray tan, Lady Gaga had a last minute nail job done which was very brave, Robbie Williams looked a lil nervous but was as friendly as ever getting his wet shave backstage just before he hit the stage. Btw-isn’t it interesting to note that jay z has his finger on the pulse with every current trend and robbie’s seen as old. Yet jay is a year older than Robbie!

The show was entertaining, JLS were good, Astons hair looks much better with less gheri curl juice these days (though I am bored of the Usher-esque ‘’green ‘’yeah’’ lasers in everyone performances-there’s at least one at every show these days!).

Predictable was Liam flinging his award into the crowd –that had everyone laughing at his foolishness-it was lucky someone didn’t get knocked out and sued for concussion or worse- has anyone seen the award on e bay yet?. Of course Jay and Alicia were class A- we wouldn’t expect or be delivered anything lower. When Liam flung the microphone into the crowd pit a very frightened soundman was freaking out with the gallery screaming for a brief panicked moment. All the performances were very good and then came Cheryl.

I hate to kick the chic whilst she’s down but home domestic or not if you’re gonna be part of a band, be a judge on a singing show and pretend to be an artist you cant represent on a stage of that calibre by miming badly- it was a bad set. I’m sure loads of other acts have issues of their own but when they’re performing they all give it their all. This was poor!

The bad for me was the aftermath- the realisation that music industry parties were very different today than they used to be. Don’t get me wrong, the turnout and excitements great but the focus is always on slack girls, snapping celebs and seeing what people can spot in this blog obsessed world instead of having fun. So inevitably there isn’t any real fun. Just a lot of fake smiling. Back in the day real heads were always scattered amongst the fake to keep the balance. The official Brits party at the venue was full of corporate suits who took pleasure messing about with the huge dressing up box full of costumes and wigs

The funniest thing was Jay Z remains the ultimate NO.1 hustler I my eyes. Not only does he turn up briefly to the Warner Music party at Chinawhites in respect to his Warner team, but the drinks beverage Armand de Brignac (who pay him substantially) managed to throw a party practically next door so Jay could make an appearance at both. That’s gangsta slickness.. At Jays party at Mirah it was pandemonium with Idris Elba , Keisha Buchanan and Sugababes in the house, Daniel Meriwether and Tulisa took the mic and sang-very Clive Davis Grammy party stylee ha ha! Every act that you can imagine went to one or the other of the parties from Ne Yo, Mel B, The Saturdays , Alesha Dixon DJ Ironik, Mclean, Tinie Tempah, Trevor Nelson, JLS, and more. Dizzee threw his own party, Universal Music threw theirs at the Mandarin Oriental which Gaga was the main focus of and was a big party in terms of fabulosity and freeness. Artists tweeted from the parties all night about their proximity to Jay and how lean they were -which is a telling enough sign about how much fun is usually going down. I luckily had a fine distraction that insisted on taking me for a shawarma roll and fresh juice at an all night eaterie so escaped early!.