With dreams of riding private jet planes, wearing more bling than Puff Daddy, trashing hotel rooms like rock stars, being mobbed in Nando’s and selling over 2 million in 2 days like our very own Adele, every one from Dundee to Dalston wants to be a pop star.

In fact, nothing irks me more than young adults stating ‘I want to be a pop star!’, and then expecting everyone to help them get there, instead of putting in all the initial hard graft themselves. Hell, I wanted, as a kid, to win an Oscar, but I sucked at Cinderella in the end of term play and so cut my coat according to my …aheemm… talent! 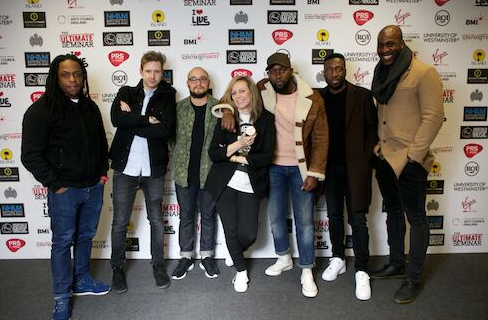 The Ultimate Seminar took place on Saturday 21st of November, at the prestigious central London University of Westminster. The annual event is free to attend and draws in a UK wide crowd of the next big music artists and industry players. Run by Cre8ting Vision, the daylong event brings together the music industries most elite; 40 speakers in total, with the aim to inspire, inform and educate those who are trying to break into the industry. 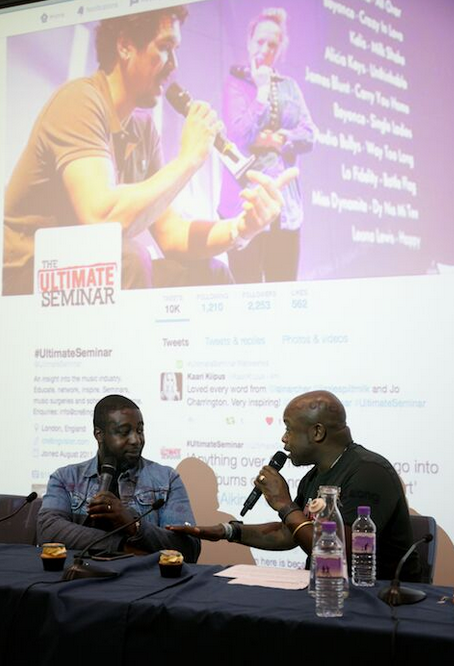 Kicking of The Ultimate Seminar with a playful round of appreciation for his co-founders was Kwame Kwaten – manager of singer-songwriter Laura Mvula – and key presenter of the day, who commanded the room with a sense of openness, authority and experience “after this seminar you will be armed with ideas, your mind will be buzzing, act on it.”

The panel line up was most valuable with every sector of the industry represented; from artist to A&R, management and lawyers. Basically if you want to get into the music biz and you were not at the seminar, well, you’re lucky it’s an annual event.

The day was balanced well with a mix of the hard line facts and joys of the world of music world aligned with the good, the bad and the ugly. (Like Biggie said; Mo’ money, Mo Problems!). 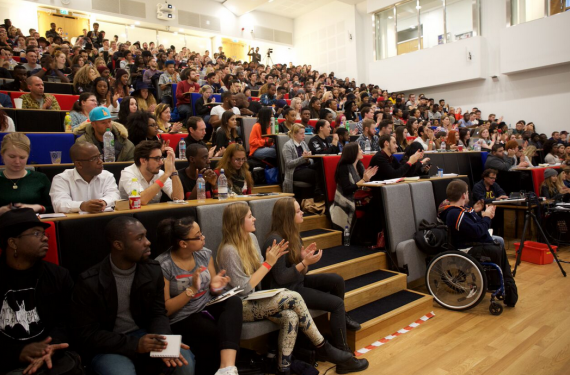 The first panel debated their concerns for the future of the industry. There was no doubt by all that there is still profit circulating through the music business, with 71.4 billion pounds made in the UK creative industry sector this year alone. In-fact, the concern was with the distribution of that wealth not reaching those that are actually creating the music. “its fantastic how many young talented people want to come in to this industry today, but without income coming in, we are not going to get young artists coming through” – remarked Chris Panayi, accountant and owner at CC Panayi & Co LLP as part of the Knowing Your Business Panel. The consensus was that although it is possible to make a live-able income, it’s far harder than it should be. Panayi stated “In 2014 the 3 major record labels signed 156 new artists, that includes the independents that umbrella off the majors, out of these 156, only 9 artists albums reached gold status which is 100,000 sales. The ‘successes’ represent 5.7% of those 156 new artists. The amount that reached platinum status is only 2 artists, Sam Smith and George Esra, that’s 1.25%”

The experts agreed, that the industry needs to change. It’s too exclusive and means that too many artists are not earning enough to pay their rent and put food on the table. Part of the problem, some of the panel believed, is that lack of major reach for independent artists, AND new artists going up against the mainstream acts such as Beyoncé and Adele getting lost before they even get started due to songs having to be released as soon as they hit radio. Although there are an abundance of online platforms, they are saturated with miles and miles of scrollable good and bad content. 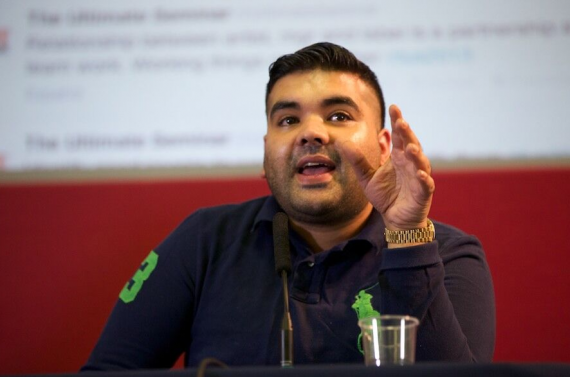 NAUGHTY BOY AT AN ULTIMATE SEMINAR.

Again, the music industry specialists also agreed that there needs to be more balance on the ‘next level’ platforms such as radio, which according to Obi Asika, founder of Echo Location, (talent agency for artist such as Tinie Tempah and Naughty Boy), who talked passionately on the subject, could be achieved by better funding into these platforms and better distribution percentages from online streaming platforms, such as Soundcloud – who pay zero royalties to the artists who’s music they host! (Someone get Taylor Swift on the phone…)

Refreshingly, the industry experts were honest and unreserved about the difficulties young artists and songwriters will face when trying to establish a career within the industry, but were also abundant in the great opportunities that are coming with the direction the music industry is taking. Don’t wait to be picked up by a label or management company, do it yourself, the power has shifted and it is very much in the hands of the artist. “Hits aren’t so important, you don’t have to go through majors but you have to smarten up and know your industry, you can no longer afford to be just the artist” articulated Simon Long, lawyer and owner at Collins Long.

Furthermore, it is very much possible to thrive within this industry, which is proven by the Adele’s and Sam Smiths of the world. The lesson was that all new acts start in the same place. “you have to be out there everyday fighting for the advantage” enthused Myles Keller, Membership Development Director, PRS for Music. “Work hard, take every opportunity and show willing, take control of your own career.” 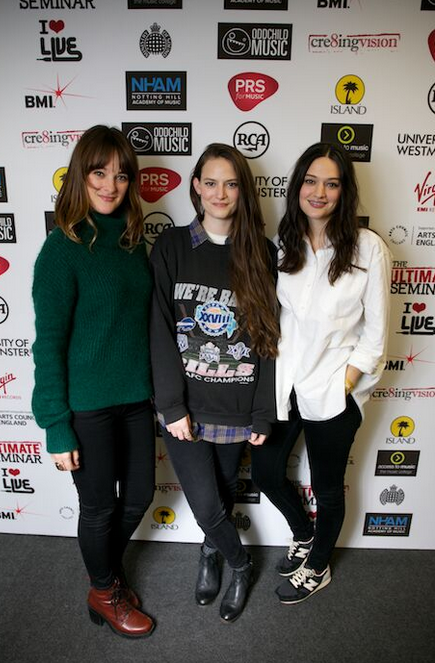 The resounding voice from the seminars long standing Breakthrough Panel, which included candid responses from acoustic folk rock trioThe Staves, new West London rap act WSTRN, JP Cooper, North Londoner Tom Prior, South Londoner Jodie Abacus, Nigerian singer-songwriter-producer Samm Henshaw and Kojey Radical, was to love what you do and maintain a focus for doing things for the right reasons, don’t get caught up in the push and pull of the industry, be alert to it, but don’t let it dictate your mind set. The Staves spoke with passion on the subject “Have some integrity as an artist and find something you really believe in and stick to it. You need to accept early on, that not everyone in the industry is your ‘friend’, and they don’t have a personal connection to your music as much as you do”.

The artist’s also spoke about the abundance of support they have received from so many within the industry “It’s important to have the framework of a good team around you’’ stated award-winning songwriter Fraser T Smith. The level of relentless hard work and commitment it takes was repeated numerous times but my favourite quote was ‘Never expect to play at the O2 arena and Wembley stadium if you’re not prepared to play at The Water Rats in Kings Cross’</em> by singer-songwriter Tom Prior. I wanted to scream ‘’Preach Tom!’.

Ultimately the message was all in all there is no right or wrong way to get your music out there, its just about dong it.

A line that summed it up for me was “A talented person with no drive is like a Porsche with no engine – Looks great but it’s going nowhere!” – Marc Williams, Manager Labrinth. 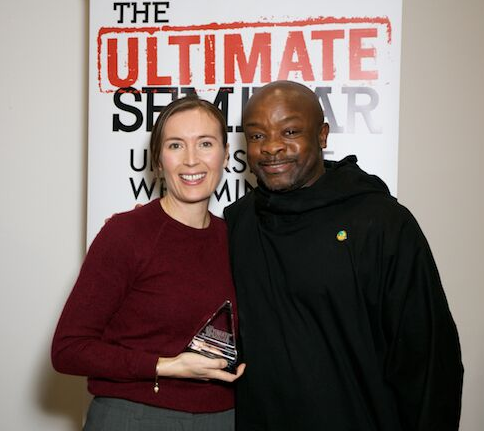