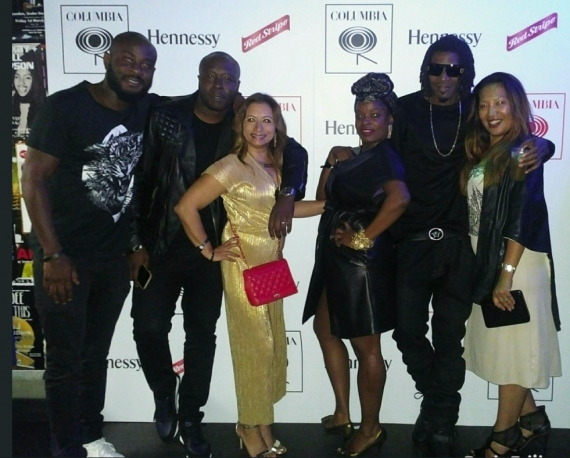 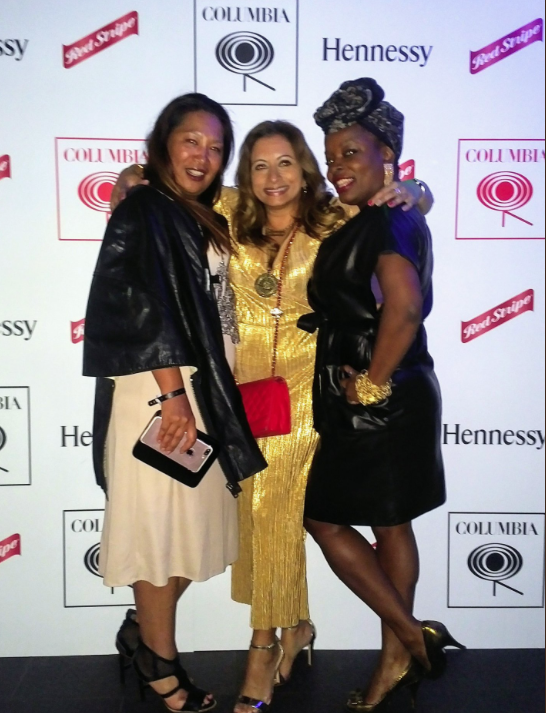 Hammersmith Apollo was a road-block hours before the show started as fans and the industry gathered in their finest regalia to celebrate established names and underground names that the GRM DAILY team have been building and growing for years. 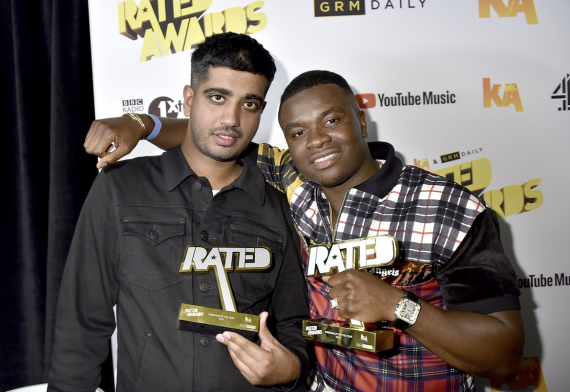 STEEL BANGLES AND MICHAEL DAPAAH AT THE RATED AWARDS 2018.

Michael Dapaah, aka Big Shaq, has had an incredible year with the viral sensation Mans Not Hot and, more recently, Man Don’t Dance. Dapaah broke through as the fictional rapper Big Shaq in 2014 with his mockumentary series SWIL. Since then he has gone from strength to strength, with this year being his most prominent in the grime scene.

Michael said: “It’s mad, I just want to thank God for this. You know a couple of years ago we weren’t here and now we’re here – don’t let anyone stop you from what you want to do. Big up to the females in this category and all the other entertainers; big up yourself, this one’s for you”

The ante was truly upped with the Channel 4 presence in the house. The sets looked slick and dynamic, the performances had pyro, smoke shooters, rising stages, a screaming fan-pit flanking the stage and an audience full of celebrities like Naughty Boy being heckling with banter from our hosts MO the Comedian who is hilarious and the sharp and fabulous Julie Adenuga. 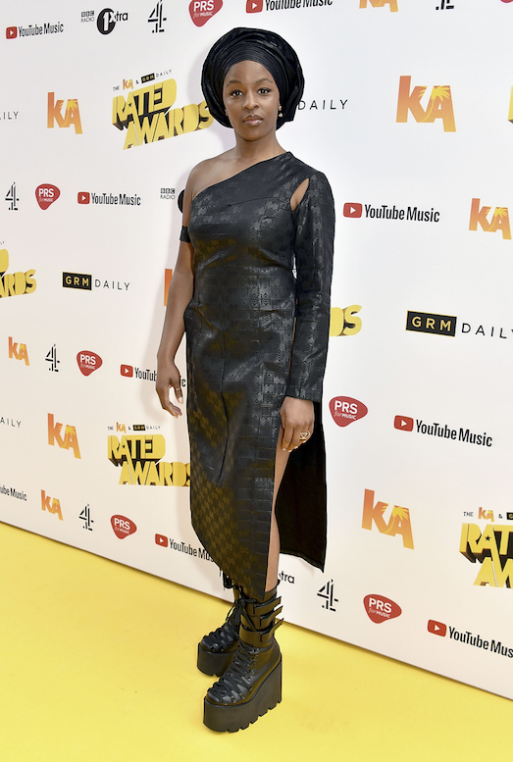 Big winners on the night also included D Double E, Not3s and Kenzo, who were just a selection of the exceptional names from the urban music scene honoured in front of thousands of artists and industry players. Presenters included: Tim Westwood, Charlie Sloth, Michael Dapaah, Josh Denzel and more. 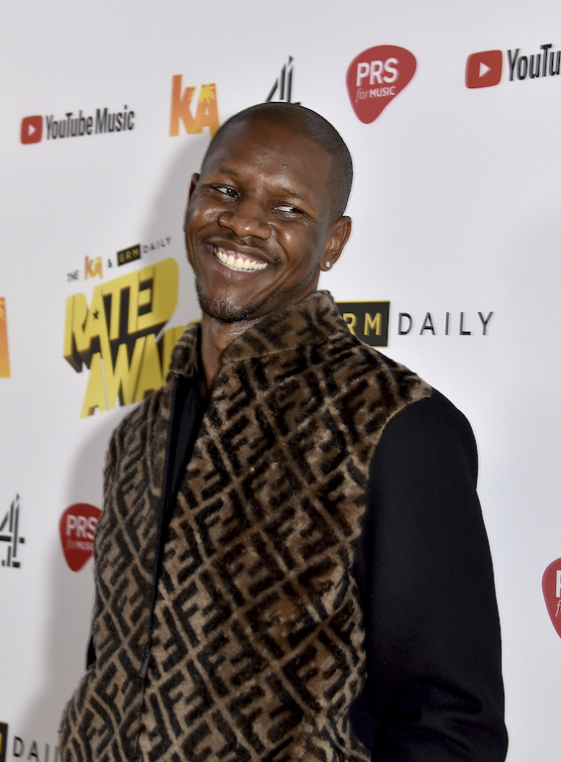 GIGGS HAS A LOT TO SMILE ABOUT AFTER AN INCREDIBLE YEAR MAKING AND TOURING HIS MUSIC. 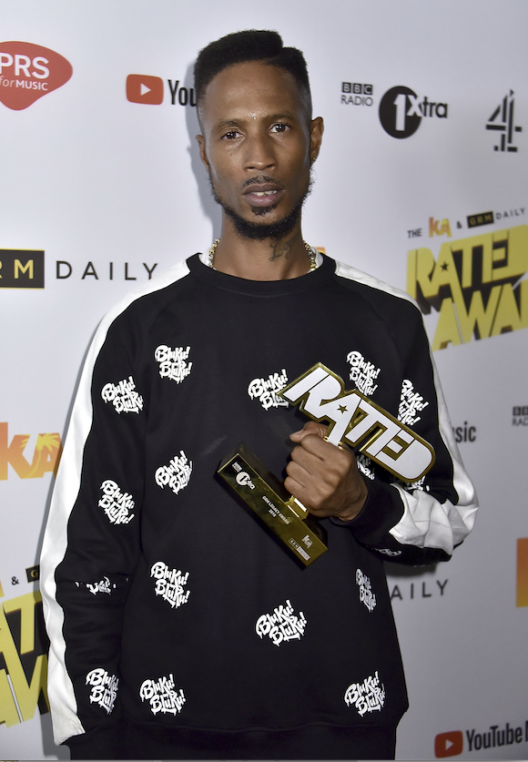 D Double E took The GRM Legacy Award (supported by BBC Radio1 Xtra). The iconic rapper from Forest Gate, East London has been a huge player in the music industry, with a career spanning over 15 years. He has inspired grime heavyweights Skepta and Dizzee Rascal, as well as countless other MCs who have followed his career from his days with N.A.S.T.Y Crew, to his most recent album Jackuum.

Grime superstar Not3s took home the Artist of the Year Award. His most successful year to date to date, album Take Not3s II was released in July to widespread critical acclaim. Not3s said: “You know this is mad man – big up everyone who was nominated, can’t lie that was a tough one and big up all of you.” 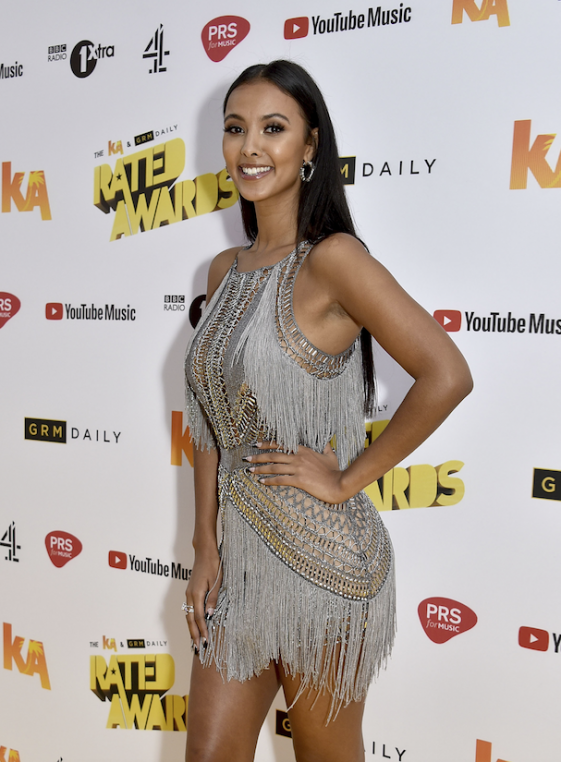 THE LOVELY MAYA JAMA AT THE RATED AWARDS 2018. 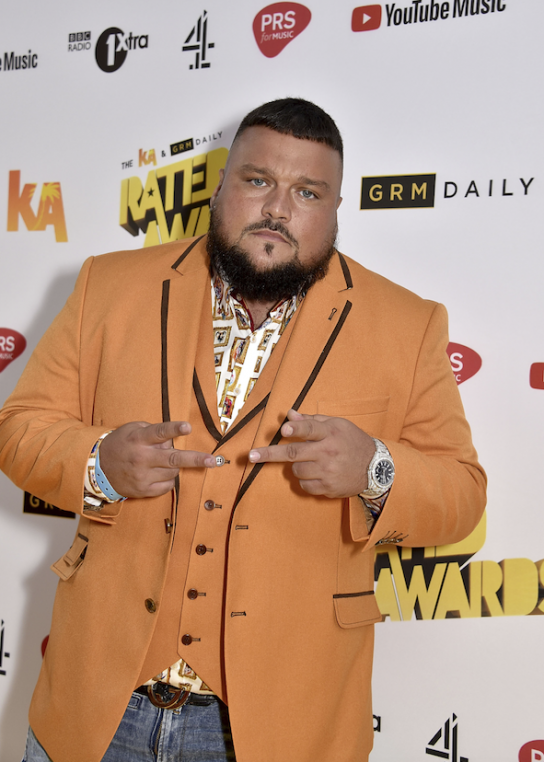 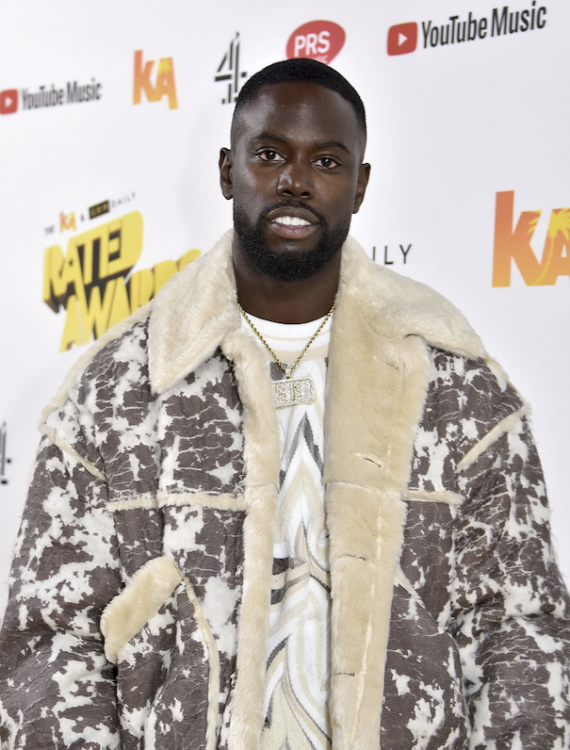 GHETTS GOT MAD LOVE FROM GUESTS AFTER HIS SONG BLACK ROSE HAS REALLY CAPTURED HEARTS.

Afterwards most of the stars ended up at the COLUMBIA MUSIC UK party at Under The Bridge in Fulham, where the Hennessy and ginger cocktails were in abundance, the chicken wings and fries energised us for a dance-off until i had to make my polite exit around 1.30am. Outside hundreds of guests were trying to get in to the road block party night. It was BIG. 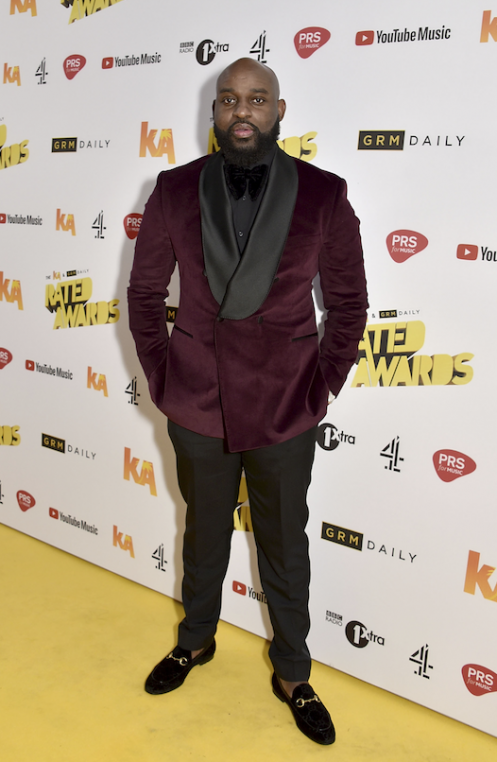 ONE OF THE MAIN MEN BEHIND THE BRAND GRM DAILY AND THE RATED AWARDS IS POSTY- A MAN WITH VISION, TRUST AND LOVE IN THE BRITISH BLACK MUSIC SCENE.

Breakthrough of the Year – Headie One

Personality of the Year – Michael Dapaah

Album of the Year – Nines

Video of the Year (Sponsored by YouTube Music) – Rapman

Mixtape of the Year – Fredo

Producer of the Year – Steel Banglez

Artist of the Year – Not3s

The KA Get Rated Award – Kenzo 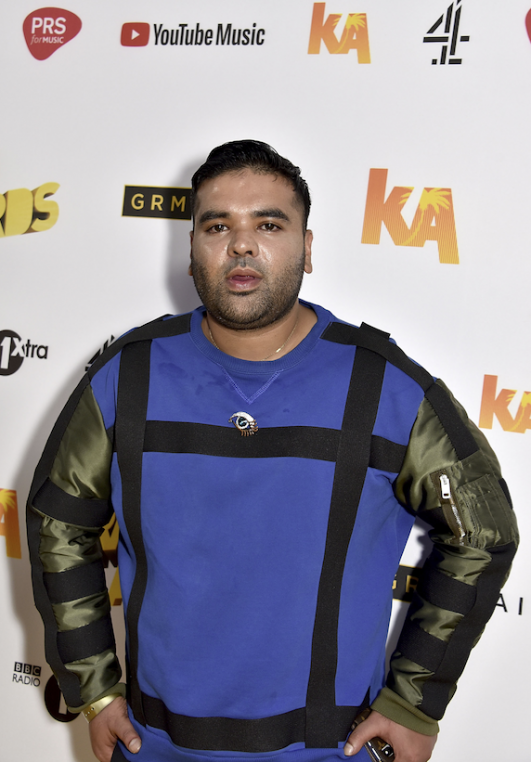 NAUGHTY BOY TOOK HIS HECKLING FROM MO THE COMEDIAN IN GOOD SPIRITS. 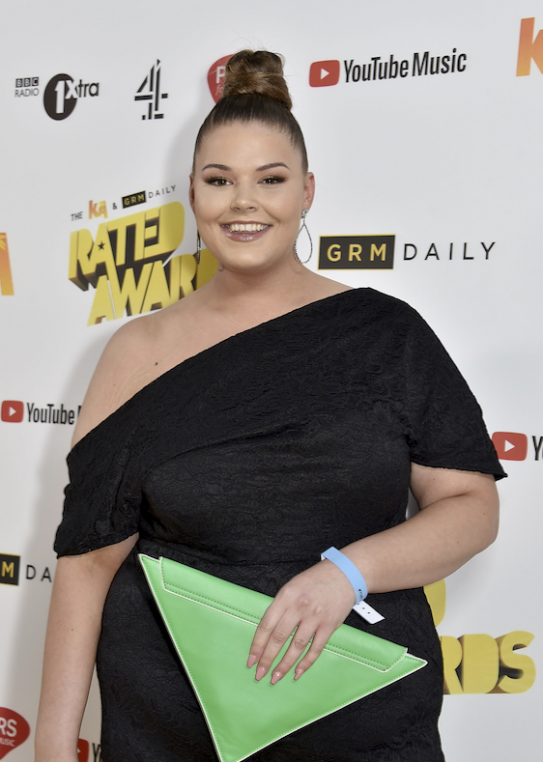 REBECCA JUDD AT THE RATED AWARDS 2018 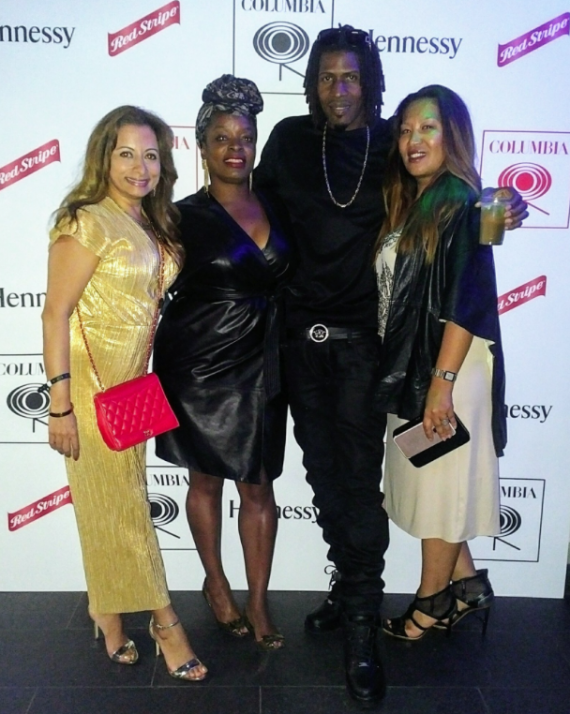 THE GIRLS WITH UK MC LEGEND BUSHKIN AT THE COLUMBIA PARTY. 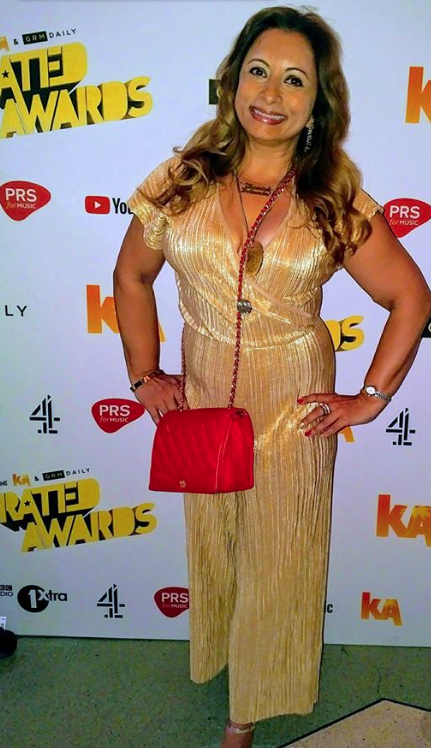