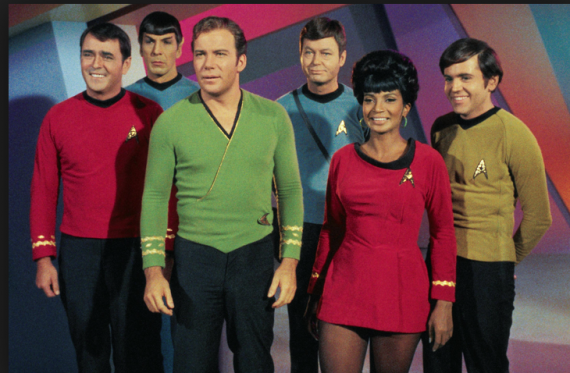 In the late seventies, as a kid, I recall my mother and aunts excitedly gathered around the television. As I pushed my way through the spirited bodies towards the bulky boxed TV, I was confused as I noted the show playing was Star Trek, and my mum wasn’t exactly what you’d call a space head. It transpired that a new Indian/Persian actress named Persis Khambatta, was about to play bald Deltan woman Lieutenant Ilia in Star Trek: The Motion Picture, and was on a talk show promoting the fact. In fact, so fascinated by this were we, that I even did my first ballet solo to the Ilia’s Theme music at the local ballet school show later that year. 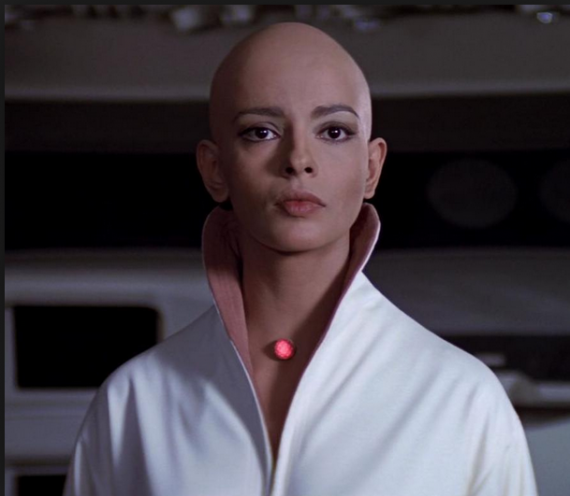 Ever since that time, I was an avid Star Trek viewer, mesmerised by the ability to explore the universe and my imagination ran wild with possibilities! So when I was offered a chance to attend one of my all time favourite venues the Royal Albert Hall to see Star Trek –The Ultiate Voyage, it was a Beam Me Up Scotty from me!

7 reasons why the world premiere of Star Trek with London Philharmonic Orchestra at the Royal Albert Hall was out of this world!

1-THE ROYAL ALBERT HALL IS THE BEST BADASS VENUES OF ALL TIME.
Seriously, just entering the hallowed doors of this heritage institute makes you feel you’re in the presence of history. You know that a once in a lifetime memory is about to be had. Whether watching the annual Christmas runs of ballet, a proms concert or hip-hop show, this is the king of music venues with its stunning ceiling and acoustics. Its mushroom shaped flying saucers on the ceiling added to the futuristic theme of the afternoon. Watching Star Trek in the circular venue adds to the experience of being in Captain Kirks circular Enterprise ship front port. This theatrical magnificence is further enhanced, by the 70-foot film screen that we gaze at whilst watching the Enterprise crew gaze into theirs. A wonderful parallel world. I thought these events were a recent dreamt up phenomenon, but on further research it transpires that the RAH’s first ever screening was on 21 October 1905! That’s 91 years of fabulosity in the heart of west London. 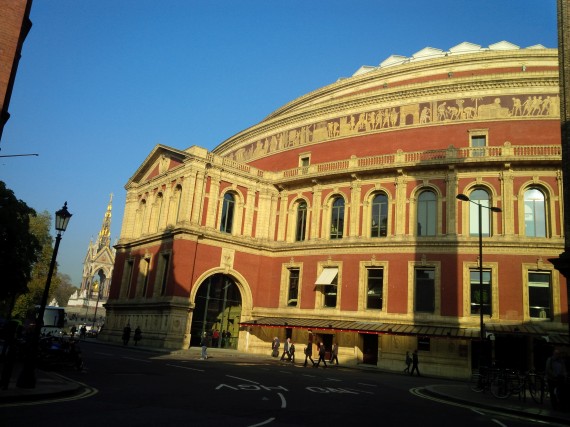 2-TREKKIES ARE HARD-CORE
Of the two most-loved and well-known science-fiction franchises, I was always more of STAR TREK kid than Star Wars. Some of the very best writers, artists, producers, actors, and directors and of course musicians contributed to Star Treks on-going legacy. I watched the initial William Shatner series with obsession, but then life got in the way so seeing five decades of Star Trek summed up in two hours was mind blowing, It made me realise just how much Star Trek I have not watched and need to catch up with! (although in my mind the real stories are only the ones with Kirk, Spock and Scotty in them) Especially as the fans, all dressed in their red, black and yellow uniforms sitting all around me, noted their appreciation for various characters and storylines that I was oblivious about. But whilst the storylines, uniforms and characters changed over five decades, the one overarching constant was the symphony orchestra, which helped us imagine we were soaring and exploring. 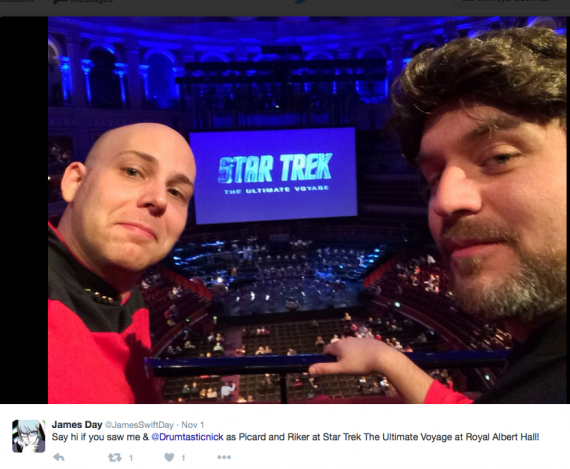 3-WITHOUT MUSIC THE UNIVERSE IS DOOMED.
When I religiously watched Star Trek as a kid, I was mesmerised by the final frontier and voyages of the Starship Enterprise that explored new worlds, to seek out new life and new civilizations and to boldly go where no-one has gone before. In 2016 when watching the action on the big screen at the RAH, and imagining the series from my childhood without its musical accompaniment, was painful. The sets are pretty basic and shaky…even when the enterprise hasn’t collided into an alien ship. The graphics back then were pretty basic, but the acting was awesome considering they were never really teleported. It’s the watching of the London Philharmonic Orchestra strike up that made me realise just how much the music score brings to the emotional engagement of the story. The 100-strong London philharmonic orchestra lead by conductor Justin Freer did the film score uber justice. In fact, just Google any of the Star Trek sound tracks. They stand alone as incredible works of classical music.

4-LEGENDS FROM THE ORIGINAL SOUNDTRACK WERE IN THE HOUSE.
Not only were composer/ guest conductors Ron jones (Grammy and Emmy nominated composer, Family Guy, etc…) and Jay Chattaway in the crowd, but they actually also took the baton separately, to lead the orchestra at different points. Ron says ‘’I know that every note I put on the score paper mattered. How does one express the greatness of space? That is the challenge of creating this music’’. 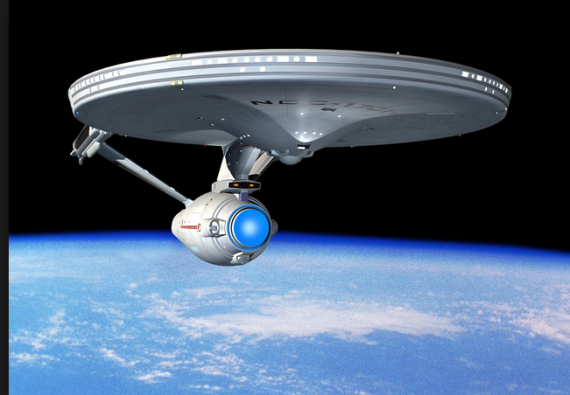 5-FORGET BAFTAS, HOUSE OF LORDS INVESTIGATIONS AND LENNY HENRY- LOOK TO STAR TREK FOR TRUE EQUALITY AND DIVERSITY.
Considering the Star Trek franchise was made from the seventies onwards, it’s unreal that back then they had all ethnicities and nationalities appearing as regular staple characters on the Star Ship Enterprise. This was ground-breaking TV that won the hearts and minds of millions globally. Mainstream broadcasters today could learn a thing or two about great content and casting from Star Trek.

6-STAR TREKS ULTIMATE VOYAGE IS LONG!
A narrator led us for two hours through all five series; that’s twelve films and 29 pieces of music. Scenes and montages with a variety of themes were edited to give the music context. Star Treks brand naturally lends itself to a variety of themes such as friendship (the love and loyalty between crew members), descent (when even space trotters had beef, Mr Spock and Captain Kirk forced to fight gladiator style in one episode!), the Starship Enterprise (its many journeys and adventures making it a part of the family), romance and more. Also it birthed numerous slanguage catchphrases like ‘’live long & prosper’’, ‘’to boldly go where no-one has gone before’’, ‘’warp drive’’, ‘’alien life’’ ‘’transporter’’and more way before Apple hit our brand awareness radar. 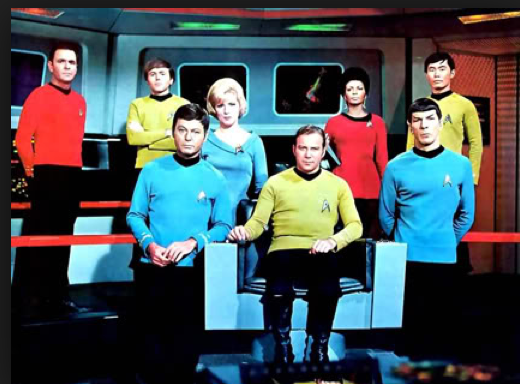 7-ROYAL ALBERT HALL LIVE MOVIE/MUSIC EVENTS ALWAYS GIVE YOU MORE.
I’ve now attended a few of these incredible events. Great movies like Gladiator and Breakfast at Tiffany’s, even the Pixar films. Whilst the orchestral element is mesmerizing in itself, at the end of each screening we are always treated to behind the scenes, archive photos and video slips from the days of making of the movie. Priceless!

In my humble opinion, orchestral music is the true star of these RAH events. It really has lived long and prospered throughout history and yet also feels so very futuristic.

You haven’t lived unless you’ve seen and heard the Star Trek: The Ultimate Voyage mission live at Royal Albert Hall. Soaring from light, ascending melodies to dark, apocalyptic scores, this unique event transported us to where none have gone before. 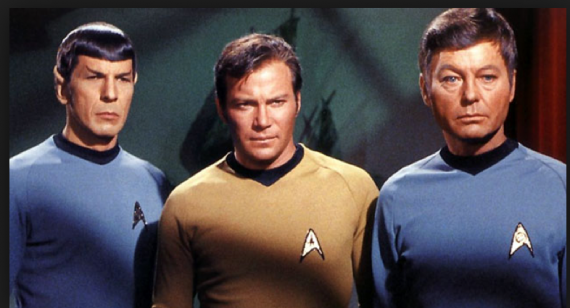