Last night the annual RTS Television Society Journalism Awards took place at the London Hilton on Park Lane where the biggest TV news brands from all across the UK gathered to celebrate their great work.

The awards, for both news and current affairs, seek to recognise creative and excellent journalism by organisations whose broadcasts are transmitted on a UK-based platform or who create online video content from a UK production base. 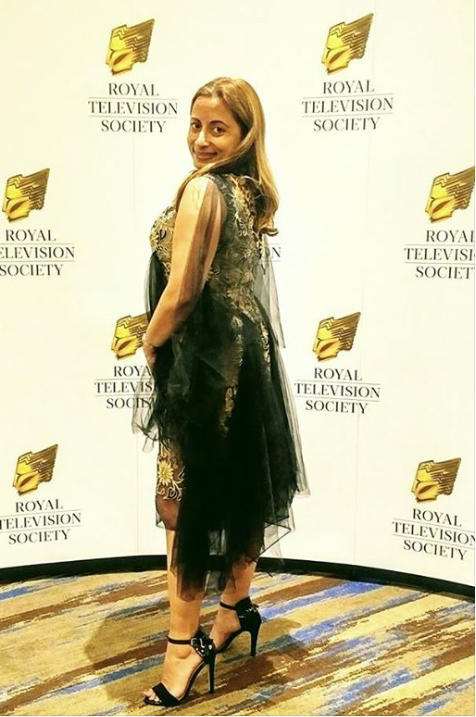 After the exceptional news events so far in 2016 and the high quality coverage by broadcasters in the UK there was a lot of healthy competition.
Big shout out to every news broadcaster from Channel 4, SKY News, BBC, ITV, CNN and so many more. We all do so much to bring the truth to the world.

British broadcasting has one of the highest reputations in the world and the daily risks that our reporters and teams face cannot be described. If I could share with you the things I have seen my colleagues bring back from foreign war zones, the horror, the negotiations, the personal stories…its all mind blowing and I am truly grateful that we live in a country where for the most part media have free speech and investigative powers. 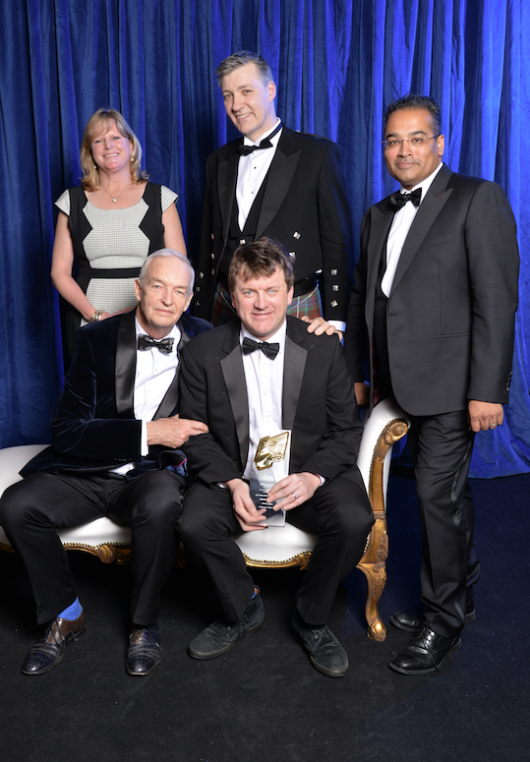 CHANNEL 4 NEWS WON MOST OF THE BIGGEST CATEGORIES OF THE NIGHT.
Photo courtesy – Richard Kendal / RTS.

I was most chuffed that my extended news family at Channel 4 News swept the board on some pretty big categories! Here’s what we won!

1.
Camera Operator of the Year: went to a brave young woman who has fallen into reporting due to the dire circumstances that befell her country. Waad al-Kateab has shot incredibly powerful pictures around the horror in Aleppo risking the lives of herself and her family – her doctor husband and young baby. 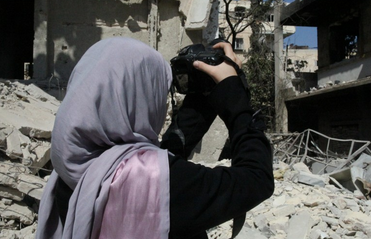 The judges said about her win “With many strong contenders, our winner’s portfolio was head and shoulders above the rest. Her powerful images didn’t flinch from showing the full horror of life and death in Aleppo.”

2.
The amazing Syrian Waad also won the highly coveted prize for Young Talent of the Year too. She was up against some brilliant names like Adam Cole – Sky News Programming and James Longman – Victoria Derbyshire Programme so this was a huge achievement.
Judges kept compliments for Waad coming…..“…heart stopping, calm in horrific conditions, sensitive, empathetic, extraordinary – the compliments kept on coming.”

3.
The best News Coverage category was also won by a Channel 4 piece of content – International: Inside Aleppo
Judges agreed that “In a year of extraordinary coverage of appalling wars, this insight into Aleppo was something very special. Our judges described it as remarkable, compelling and the yardstick by which other coverage should be judged. Matt Frei’s scripting was word perfect. With a digital project alongside, the coverage was imaginative and innovative and ticked the enterprise box too.”

4.
Speaking of Matt Frie- his winning speech after taking Television Journalist of the Year was one of the highlights of an otherwise pretty serious, emotional evening. Matt, slightly alcohol affected bounded onstage and gave a hilarious, bragadociously entertaining speech bigging up the big man that decides how healthy or not his mortgage is- Ben De Pear and generally lifted the mood to the audiences delight! 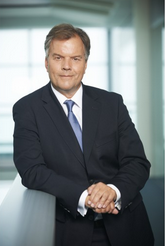 The judges described Matt as “One of the best writers in the business. His use of language brings great depth to his reports and regularly shines through. His interviewing has also produced insights, which others have missed. He is one of the most experienced, and skilled TV journalists working today.”

5.
It was incredible to hear that the Daily News Programme of the Year category was also won by Channel 4 News who do a blinding job of representing hidden voices and bringing so many diverse faces onscreen, the likes of which we have never seen before. Between bosses Ben De Pear and former boss Shaminder Nahal its now normal to see a black woman breast feeding her baby live on air whilst debating political issues! Just brilliant! 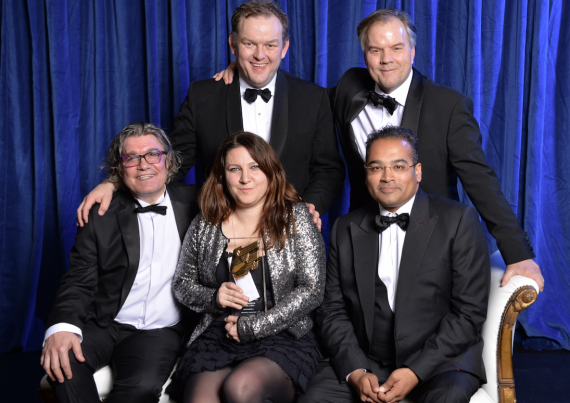 About Channel 4 News the judges stated, “The winning programme demonstrated a masterful breadth and depth of content throughout the year, from world-class frontline coverage to their trademark political analysis and powerful interviews. They backed that up with tenacious and exclusive investigations and high quality location presentation.”

I have to give a shout out to SKY team for winning the News Technology: Sky Data prize. They really are a brand that think in a very futuristic data minded way that stands head and shoulders above the rest.
Judges said “…a brilliant example of technical innovation. It has transformed the way television measures public opinion, leaving the old vox pop obsolete. The team should be congratulated on using existing customer information to make a research panel of up to 10,000,000 people.”

7.
The big award of the night is always the Judges’ Award, which this year went posthumously to the incredible broadcaster Steve Hewlett. A touching and monumental career in the broadcasting industry. 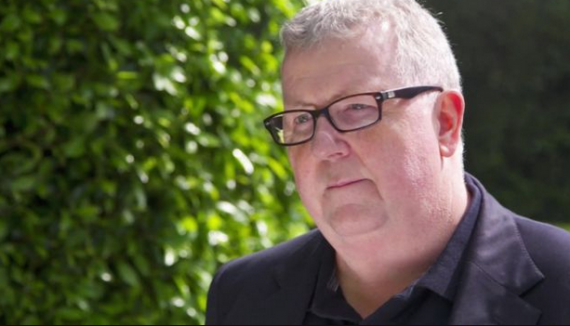 (citation below by Awards Chair Stewart Purvis)
“On 26 January a panel of representatives of broadcasters, video news agencies and jury chairs met to decide on the Judges’ Award. The rules say it can recognise an outstanding contribution on or off screen, in the past year or over the course of their career. The panel chose a winner who achieved so much on screen and off screen, over the course of his career and very particularly in the past year.
I phoned the winner and that’s how I got to tell Steve Hewlett that he had won the Judges’ Award. Steve told me he was honoured and touched to have won. He looked forward to receiving it on 1 March.
I don’t think there has ever been anybody in broadcasting quite like Steve Hewlett. And probably never will be again.
Over four decades he variously, and often simultaneously, produced programmes; edited them; commissioned them; wrote and broadcast about them; presented them and exec produced them as an independent. He worked for the BBC, Channel Four, ITV and his own indie Genie Pictures. He started on TV and learned to love radio. He was the star turn for many years at RTS Cambridge, Edinburgh and Sheffield festivals and many other media events.
He truly was a man for all seasons, one of them being the rugby season. I remember turning up with my son at a youth rugby tournament in Hertfordshire to find Steve all togged up ready to referee one of the matches.
He was fiercely competitive in everything he did but also generous with praise for his competitors. He always threw himself into his journalism. He spent eight weeks filming inside the Maze Prison with Peter Taylor, and made a remarkable film there. He enjoyed his triumphs – the 23,000,000 audience for the Panorama: Diana interview will take some beating as a record for factual television – and he carried on regardless after disappointments.
One of the hallmarks of Steve’s journalism was his natural curiosity – which contact or interviewee could resist an opening line like ‘help me with this if you can’. Another was his attention to detail, as a pundit he read the documents others didn’t, which is how he knew so much and questioned so much, especially his own employers at the BBC.
And there was his humanity and there was his humour. All these same qualities, this same journalism, came to the fore last year on the Radio 4 PM Programme. The presenter Eddie Mair told listeners that this time Steve was on the air not to talk about the media but about his health. Eddie asked Steve ‘What’s happening?’ to which Steve replied ‘Well I’ve got cancer. I’ve got cancer of the oesophagus’. This matter of fact conversation set the style for many that were to follow on Radio Four and be replicated in different forms in print and on TV. There had been cancer diaries before but this was much more, it was public interest journalism of the kind Steve practiced on Panorama. He knew all the details as if he was talking on the Media Show about the latest draft of the BBC Charter. The public response was enormous. Many of the people who wrote to Steve said he had inspired them to find out more about their own condition, their own treatment.
Steve and I talked about the archive clips from his career that he hoped we would show tonight. A Panorama team tracked those down and added some of Steve’s recent interviews about cancer. Together these clips form a compilation that tells the story of Steve Hewlett’s journalism from the early 1980’s right up to last month. The first is a clip Steve often mentioned, when he dressed up in a bear’s costume for a title sequence for a new Channel Four current affairs programme. So lookout for Steve the bear.
On 6 February Steve told Eddie Mair on BBC Radio Four that he’d been given only ‘weeks, possibly months’ to live. He and his partner Rachel Crellin decided to get married in a ceremony organised within the hour at the Royal Marsden Hospital. A few days later Rachel, Steve and I met there to talk about tonight. He told me again how proud he was about the award. I told him how much love there would be for him within the room, he looked rather surprised.
The plan was for him to be sitting at a table with Rachel, his former partner Karole Lang and his and Karole’s three sons Fred, Billy and Bertie. Steve knew he wouldn’t be well enough to come up to the podium but wanted his sons to speak for him. Of course Steve, always the realist, knew he may not make it here tonight.
He asked me to remind him when the event was. I said ‘two weeks’ time’, he gestured ‘two weeks’. And he was right. But Rachel is here tonight, so is Karole and please welcome to receive the Judges Award on their father’s behalf, the brothers Hewlett.”