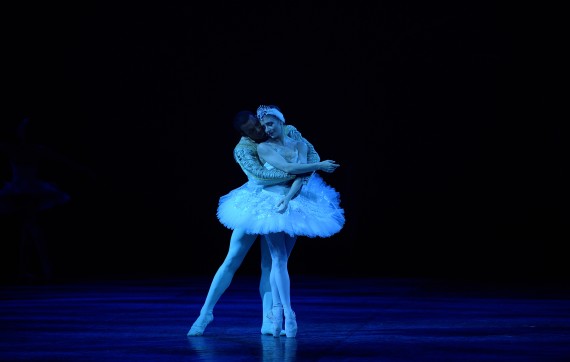 This is the most diverse ballet company that I’ve ever seen. Prince Siegfried was performed by black male Cuban dancer Osiel Gouneo, on further inspection of the cast list I noted that in the 120 dancers list, there are an abundance of Asian and black dancers and many eastern European names in the programme too. #Very EU

Every single dancer was technically strong and not a wobble or alignment was out of place. You could see that the 150 plus hours of rehearsals had been well worth it. As a former dancer and ballet teacher, I always look out for teeny imperfections and found none.

There were more swans onstage than I’ve ever seen- 60! Their movement in unison across the stage is mesmerising akin to a kaleidoscope. Magical!

Derek Deane’s choreography is breathtakingly fluid. From long, elongated beautiful dancer lines to full on, ariel visuals of Busby Barclay patterns, to simple head tilts by the dancers, every movement felt swan-like and you couldn’t tear your eyes away for a second.

The cast of young dancers from the Tring Park School For The Performing Arts were just as proficient as the adults. Very impressive. 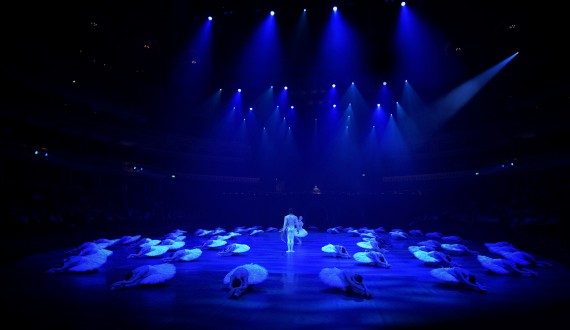 As the performance was in the round there wasn’t a bad seat in the huge venue, just different angles. I was sat in the stalls – my favourite location – close enough to the dancers to see their faces, feel their muscles twitch and hear every tap of their pointe shoe slide, leap and glide across the floor. Having the audience sat 360 degrees around the action makes it really intimate and thrilling!

Nothing beats the dreamlike, magical sheet of white mist of the lake at night through which the dancers step.

The musical score composed in 1875, is just so beautiful, I decided there and then it should be played during every ground breaking milestone in my life; giving birth, weddings, and more importantly in my dying hours.

Swan lake is the simplest story and so relatable. Who hasn’t been bugged by their parents to get married? Fallen for the wrong person then had their squad protect them from the douchebag?

Going to a ballet in a great venue like this is an exciting occasion. You should have great respect for the culture and tradition of theatre and get dressed, and be on time! I don’t want my swan dream state to be broken by latecomers asking me to get up to let them in their seats.

Some wonder if they would like the art of ballet. If you love sport, athleticism, competition, music, spectacle and a good emotional narrative, you’ll love Swan Lake. If you liked movie Face Off, you’ll love Swan Lake with its duel switched role love and action narrative. Nicolas Cage and John Travolta couldn’t even try a grand jete! 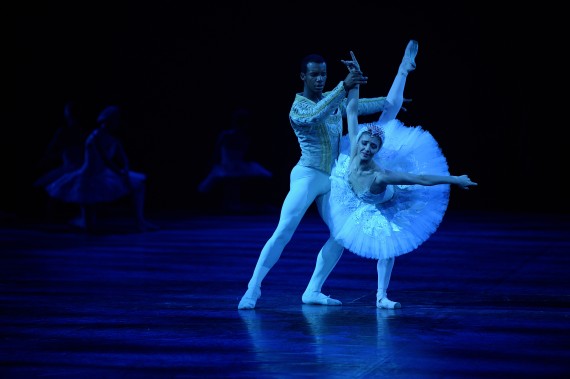 The live music orchestra of 80 members of the English National Philharmonic does visually play second fiddle to the main dance attraction, but by no means is less important. The full orchestra is made up of some of the country’s top musicians, and the acoustics in the legendary venue with its mushroom acoustic buttons hanging from the ceiling make this one huge 360 experience for your senses!

You can always tell past and present dancers who are sat in the audience in the same way you can tell musicians watching their peers perform. We sit in our seats and twitch or elongate our spines to match the swan’s choreography. It’s a dancer thing.

With Swan Lake there are a couple of need to know facts. The parts of both the good swan (Odette) and the evil black swan (Odile) are both played by the same dancer. This dual role of our heroine was very impressively done by lead dancer, Romanian Aline Cojocaru who was playing this role for her first time ever, and what a grand job she did!

The other big thing is there is a big moment that every Swan Lake lover knows is coming. As a child it was one of the first things to grip me. The swan would perform the nigh impossible feat of performing 32 fouettes on one leg spinning at speed on her toes not just to dazzle the audience, but also to seduce Prince Siegfried. I must try that, this Friday night down at the Red Lion.

The black swan pas de deux was spectacular. She performed 32 fouettes spins on one leg on pointe, he performed 11 grand jetes. Look it up. It’s a big deal. That’s all.

Anyone can go to the ballet and they do. The audience was simultaneously full of very elegantly dressed up dance fans in dresses and suits, as well as casual dance lovers in jeans and trainers. There is no judgement. We’re all there for our mutual appreciation society for the dance. Well, until the very end, when you leave and see policemen cordoning off a huge, VIP car with a police escort that was transporting former governor of Hong Kong and the BBC Trust Chris Patten, and you’re battling hundreds of excited ballet leaping fans along High Street Kensington to rush to the tube. 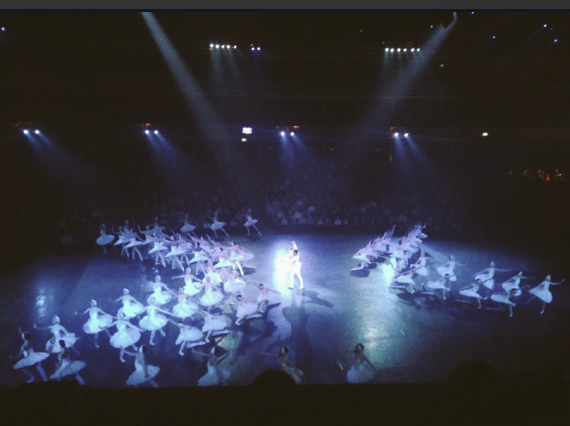 Like most ballets (and pantomimes), there’s a baddie. The evil character that brings the heat and drama. In Swan Lake its Rothbart who was performed by James Streeter, Every time he’s onstage there’s more drama, feathery outfits and evils than in an episode of Empire.

Like many old ballets, a few scenes tend to be set in the olde worlde Royal Courts where entertainers performed for the king and queen. I couldn’t help chuckle to myself as I realised that back when Tchaikovsky wrote this score entertainment was ballet, acrobats, jugglers and dances from other nations. The modern day version today would be The Royal Variety Show with Kylie and a long forgotten, random member of Spandau Ballet.

As much as you want to ‘’whoop!’’ after every virtuosic spectacle, you have to hold down this urge until the end. Once over though, you can join the audience in cheering and whopping loudly!

Swan Lake is the worlds most popular ballet, the Royal Albert Hall is one of the worlds most beautiful venues – it’s my favourite hands down. This English National Ballet performance is a beautiful production.
A truly once in a lifetime opportunity for date night, family outings, friends or simply solo. Catch it while you can!