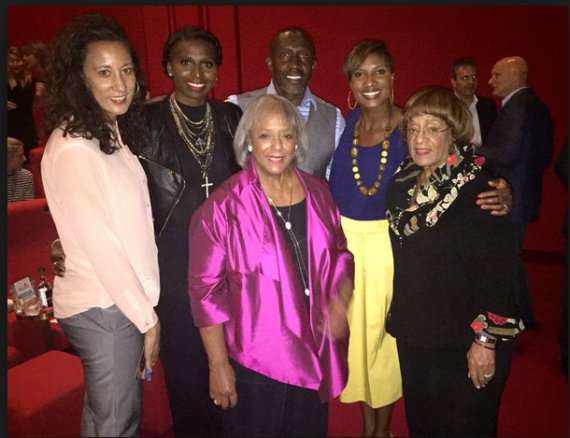 When my friend MOBO CEP Kanya King invited me to a weeknight film date with her it wasn’t just an old film. No, like M&S would say, it was much, much more… 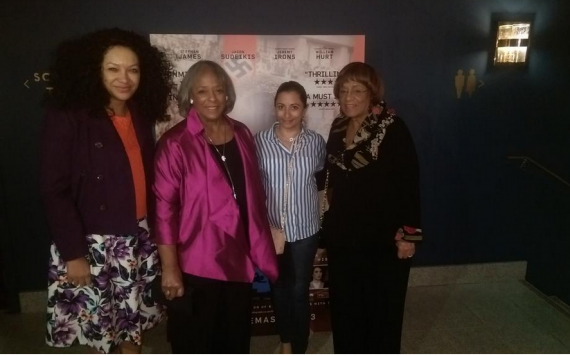 This past few years has seen a rise in the number of biographical films documenting the life stories or a particular infamous moment of various black legends lives. From Mandela, 12 years a slave, the help, (SELMA) martin Luther king, Miles (Davis), Nina (Simone), 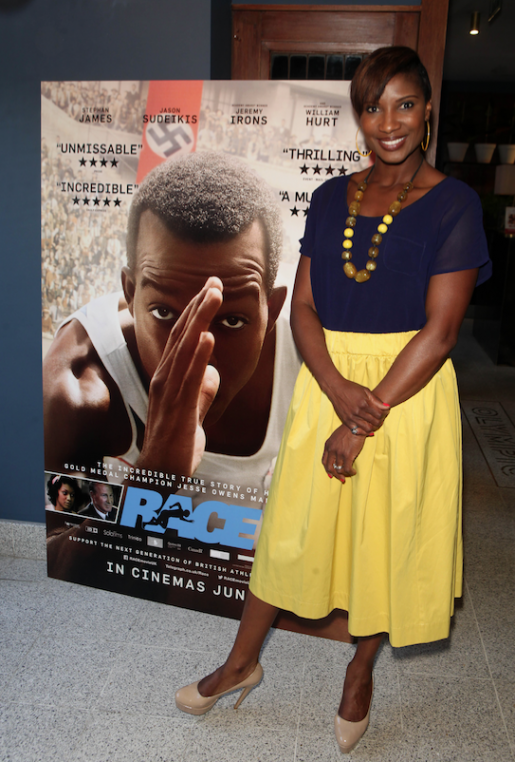 This fortnight see’s a new release in the UK about Olympic champ runner and long jumper Jesse Owens moment of clarity, a film titled RACE, when for the Berlin Olympics, during Hitler’s reign when the black and Jewish communities were discriminated against by German leaders. The film is an emotional yet euphoric look at Jesse Owens story of his rise and the sudden catapult to sporting fame whilst juggling personal, family and career issues. 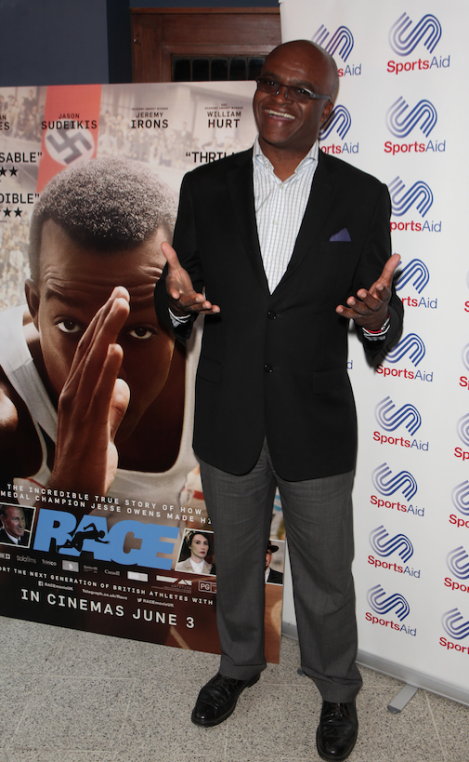 The film deals very sensitively with the storyline around anti Semitism and race and is a must see for cinemagoers. 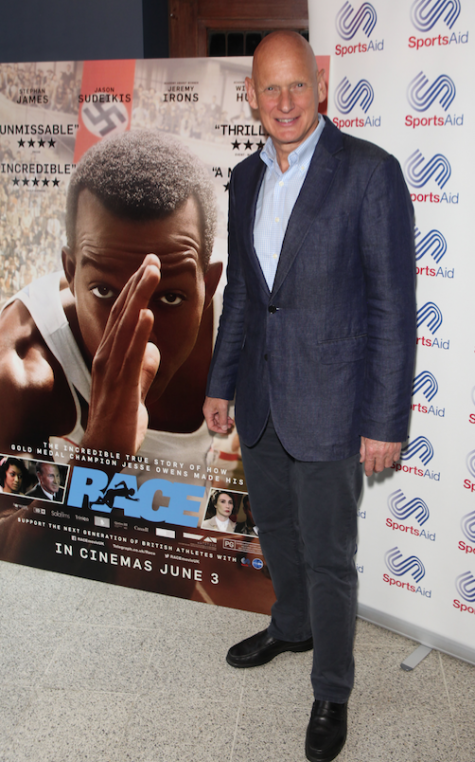 We were very blessed to have the presence of two out of three of Jesse Owens daughters with us on the screening night. They spoke about the fact that however many times they watched this movie it was still painful viewing but that they were thankful that this part of his story had been told leaving a powerful family legacy. 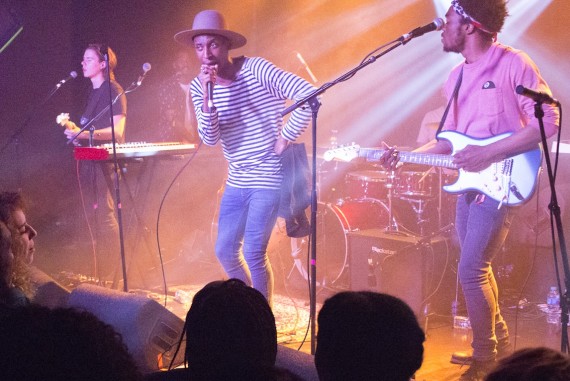 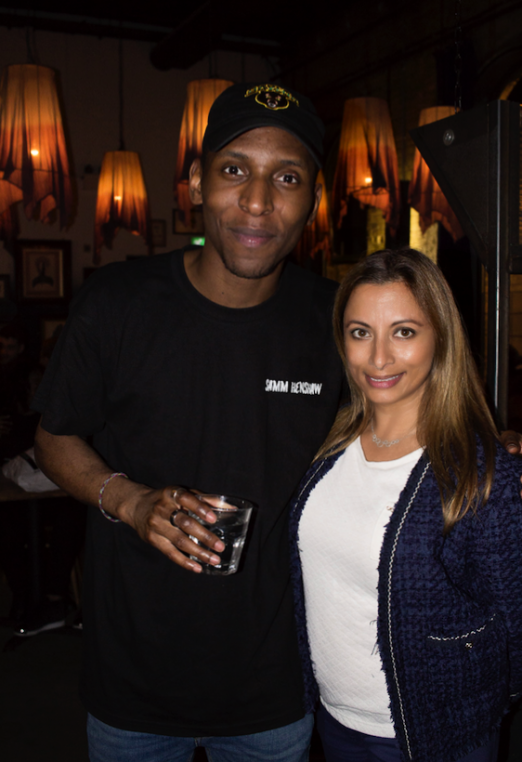 Next it was off to Oslo (the Hackney nightclub not the Norwegian city!) for singer, songwriter Samm Henshaw’s sold out gig. Many are predicting that Samm is the latest that will blow up in the same vein and scale as Ed Sheeran and Sam Smith. A true musically gifted lover and performer of a unique musical sound with a very British feel. 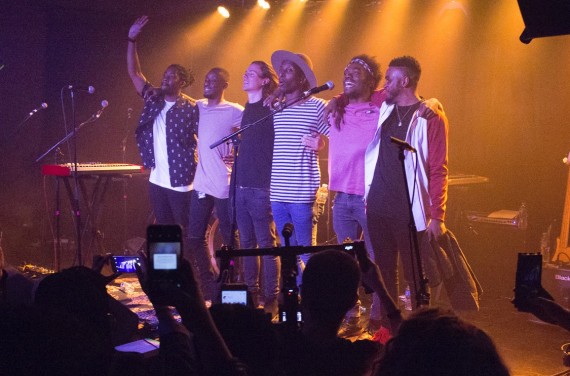 What an experience his live show was! A young very mixed, stylish crowd were all singing Samm’s hits word for word. British born but with Nigerian ancestry, Samm and his The Sound Experiment band were exciting engaging and rehearsed to perfection. With songs from blues, soul, indie, rock, ballads and more they held the crowd captivated for an hour that just sped by.

One of the biggest Samm Henshaw live brand elements is call and response with the crowd and they sang back strong and happy.

One ‘’time to play a musical game’’ moment where Samm had us singing classic riffs alongside him even saw us all singing Backstreet Boys hits alongside Michael Jackson.
His band- all fellow black males – played their various instruments with zealous passion and their onstage synergy altogether was electric to watch. 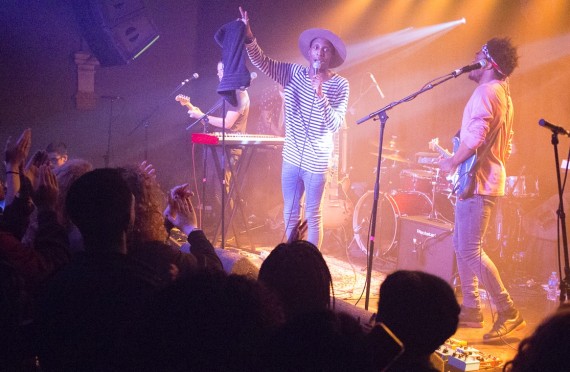 I caught up with Samm post show where he told me ” I’m influenced by so many genres of music and you can’t always express that on a recording, so when me and the band get together we let it all come out! i’m lucky enough to have an audience that responds to me so even for that i’m grateful, i think growing up in church has played a massive part in this, seeing the worship leader in tune with the congregation the connection between the two is just astonishing. I’m also not a huge fan of being sung at for hours, as an audience member i want to feel like i’m apart of what’s going on on stage & so i try to give the audience a bit of that myself.
My live band The Sound Experiment are all my mates, furthermore they’re all my brothers. I grew up with them so we’ve been around each other a long time and i think it shows on the stage too, i’m just fortunate that most of my closest friends are such amazing musicians”.

I congratulated him on representing for the British Nigerian community.

”I just think it’s one of those moments in history where a certain population or nation finds their niche, the brit invasion in the 60s, or the EDM movement that has dominated the charts recently! i guess its just Africa’s time!”

Samm is playing numerous live festival dates this summer – catch him while you can.

Finally I popped into BBC starship enterprise New Broadcasting House to appear on BBC Asian Network presenter (actress) Preeya Kalidas radio show in her segment titled Kupid Kalidas where listeners send in their love issues for us to advise on. This week we helped lovers who needed to tell their partner they had bad breath, refused to watch romantic films and were slow in making the first move after a few dates. 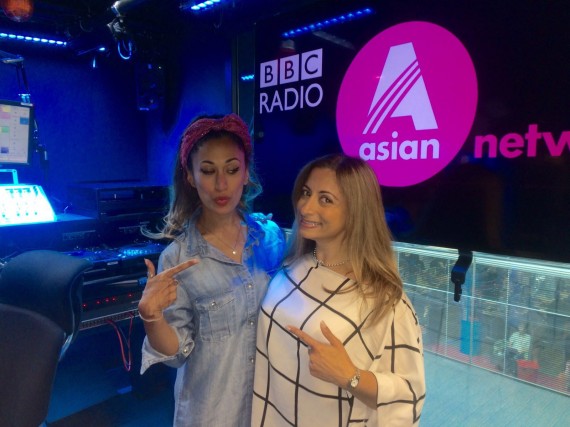 Our panel was kept in check by show host Preeya, who is multi talented (She is a singer, TV, film and stage actress) and the former EastEnders actress, who played Amira Masood in the soap, is also currently starring as Pinky in the West End theatre production of Bend it like Beckham and played Monica in the original 2002 film version. Preeya has also had roles in films including East is East, Bollywood Queen and Bombay Dreams. Her show features a variety of names like Reggie and Bollie, Ray Panthaki, Jay Sean and more.

My fave person on Kupid Kalidas is the very elderly ‘’auntie-gee’’ who also sits on her love panel Kupid Kalidas. She was the perfect wise foil to my frivolous diva love demands. After all, she has been happily wed for 57 years compared to my zero. She is total gold!

The results were hilarious. Catch Preeya’s show every Saturday from 1-3pm on BBC ASIAN NETWORK.