South London singer Jodie Abacus is performing at this years Glastonbury Festival and this past fortnight also performed across the pond at The Roots Picnic.
Jodie’s songs are classic, feel-good, two-step hits in the vein of Kool and the Gang, The Temptations, The O’Jays with hints of a certain hat wearing Virginia lad called Pharrell. 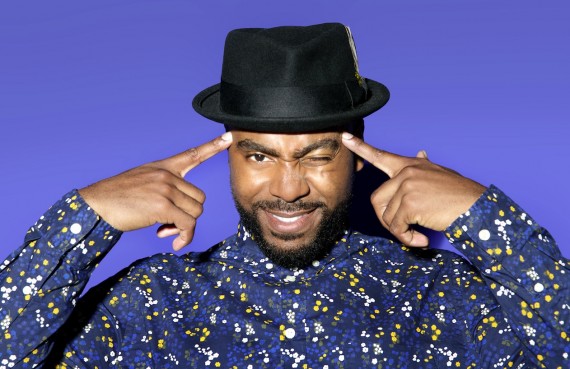 Jodie is hot onstage and in the kitchen. Just go to YouTube and see Jodie Abacus Hot Kitchen recipes. He talks us through how to make musical macaroni (where he throws in Aretha Franklin as well as his Stevie Wonder and Michael Jackson impressions), space buffalo wings (to go with his track Space Buffalo- complete with fire emoticons), and soul slaw (where he sings to his cabbage – yes really). Whilst Jodie’s Hot Kitchen video recipes are slightly tongue in cheek, mix master Armand Van Helden has actually remixed a version of Hot Kitchen. 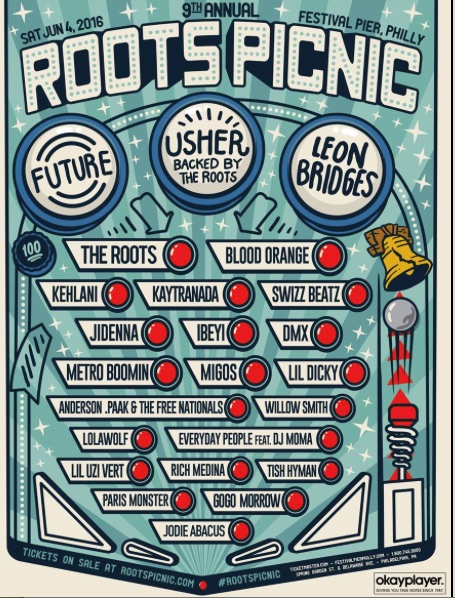 Heres Jodie on THAT Roots Picnic, his pre-stage rituals, where he sits on the Rock & Roll scale and what he’d like to school Americans on.

1-The Roots Picnic is an annual event that is huge on the American calendar. How did you get onto the bill and how does this rate alongside all the gigs you’ve done so far?

The Roots festival was a fantastic experience for me, to share the stage with an R&B KING like Usher – even to sound check JUST after usher was absolutely surreal.
I don’t exactly know how I got on. I guess you have to be kind of special to be put on. Humbly, so I’m still working on ‘being special’ by the way lol.

2-Playing live is something you clearly love with all the European festivals under your belt too this past year, but what’s your worst ever live gig memory?

There’s no best or worst gig to me. My thing is to always learn from the last show, and forget about how good the last show was and respect the new audience, so my mind state is always on reset. I’m singing my stories and I want the audience to leave nourished! 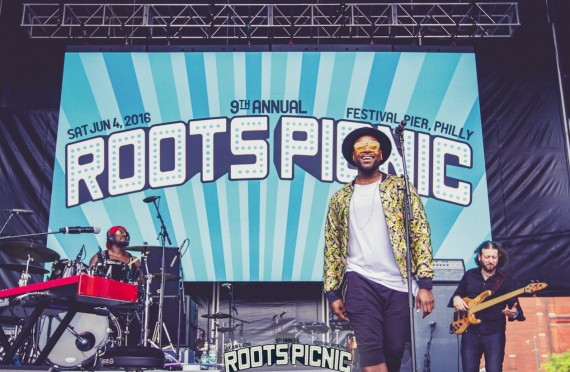 3-Where were you on the Roots Picnic line-up, at the start? Repping the UK? – Tell us about that?

I was the only one repping the UK as far as I know, and I opened the festival. The response afterwards was amazing, I didn’t want to let myself down so I was pretty focused.

4-You did your sound check after The Roots and Usher’s sound checks. Did you manage a quick chat with any of them?

I was mostly pretty hype and just wanted to perform. I did have a degree of nerves in general but they were at the usual normal level.
I spoke to Usher and Quest Love very briefly whilst taking a picture. Quest Love asked me where I was from and tried to do a London accent…it wasn’t bad …nice try haaa 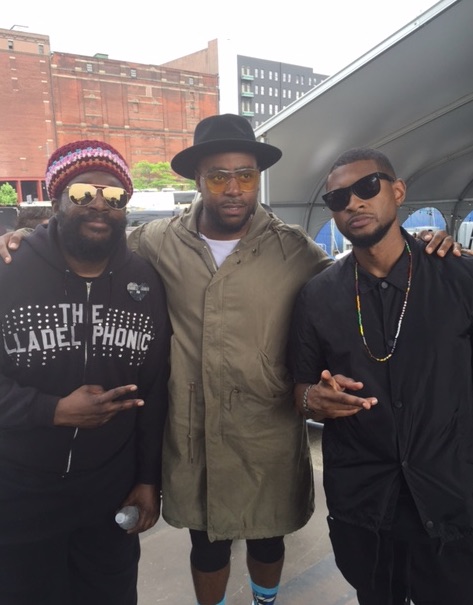 5-How did your set go? Were the audience at all acquainted with your material or was it playing to a brand new audience unfamiliar with your music?

It’s funny thing because as I go onstage, I’m singing and people were mouthing the words to the songs …I can’t tell you how much of an amazing feeling that is, you wrote it once in the past and now they’re singing it. The set was amazing judging by the way the responses were after the show on social media and through the duration of the day.

6-Once upon a time, live music, musicians and sex, drugs and rock & roll used to all go together, but in 2016 musicians seem a much cleaner, healthy eating, juicing, detoxing, vegan loving bunch. Where do you sit on the scale between totally rock & roll and clean living music nerd.

Between me and my band The Neutronics, there’s a fair amount of beer drinking, swearing and unprovoked insults. Pringle-eating, tequila-shooting and mostly laughter …we laugh A LOT!! 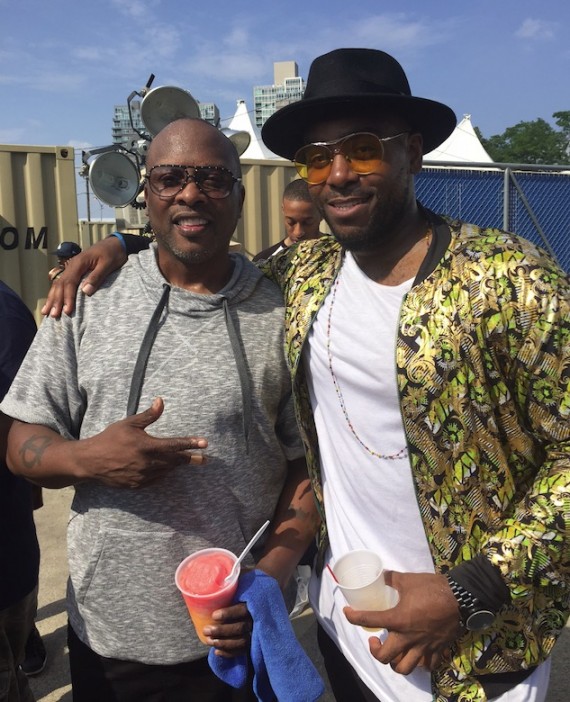 7- I’ve been on tour with music stars that do all sorts from praying, honey, rum and lemon concoctions to full yoga session…. What are your pre-stage rituals?

I like to gather everyone together to have a prayer before I go on, it’s to remind us to respect the stage and why we’re here. It’s a long hard road. I’ve been praying all the way.

8-What’s the one standout song in your repertoire that new listeners should be sure to check out and why does it represent what Jodie Abacus is about?

Either “I’ll be that friend” or “Halfway to Mexico”
One talks about my bout of pneumonia, going through a bad year and needing a hug, the other is about the part of the journey to get to this point. Part of what’s happened in my past experiences and what it takes to progress. 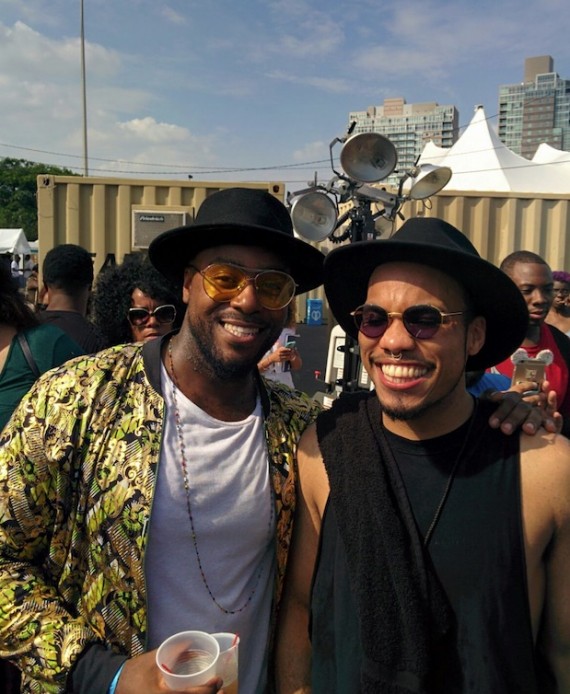 9-What’s the best thing about hip hop culture and how it’s changed the world?

I love hip hop, good or bad it’s the Rock & Roll of this generation. It’s very accessible in a way. It’s like crushing a tin can to play football without the ball and scoring goals through two pieces of clothing acting like goal posts. And if that makes absolutely noooo sense to you it makes total sense to me and that’s all that matters.. Sorry but it’s tangent time and my mind goes off on one sometimes visualizing things. Hip hop is worldwide now and in a very big way.
If you catch me in the right place at the right time you’ll see me rock out to hip hop like a nutter!

10-Americans always seem to have quite an affinity with all things British from our accents to our slanguage. What one British thing from South London in 2016 would you like to skool them on?

1. That we don’t all speak like Dick Van Dyke from the film “Mary Poppins”

2. That some, perhaps most of us haven’t tasted a peanut butter and jelly sandwich.
Tell an American that you haven’t and they lose their sh**. (LA accent) “What do you mean you’ve never tasted a peanut & jelly sandwich?.. Are you insane???” It’s a great conversation piece you should try it if you’re a Brit at a table filled will Americans.

3. We Brits can jaywalk whenever we want. .. Dangerous yeah!… But we can.