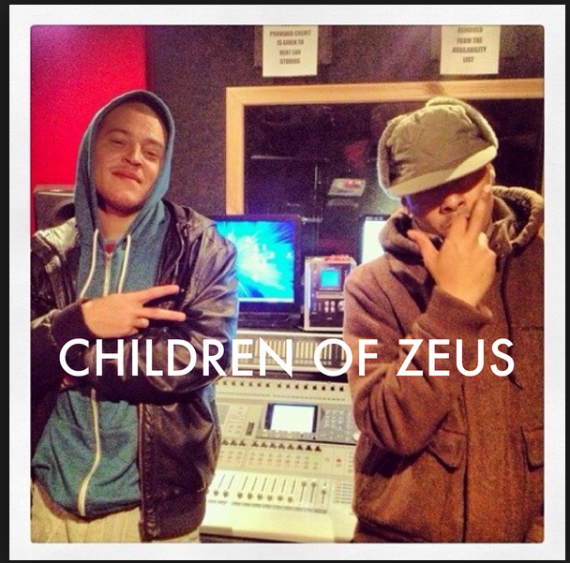 When the world looks to the UK music scene it usually knows of numerous London based pop star names and then of course there are those four lads, you know the ones, The Beatles from Liverpool. Aside from that there have been numerous pop and rock acts from another one of the UK’s next biggest cities – Manchester. Manchester more than punches above it’s weight in the musical ring!

However, don’t get it twisted, the genre’s of hip hop and grime have also throughout the years been prominent in the city and it seems like 2016 is the time that they are breaking through.
It’s taken five years of solid work by grime MC Bugzy Malone to break through nationally, and now all eyes are on Konny Kon and Tyler Daley, otherwise known to all their fans over the years as ‘Children Of Zeus’.

‘Still Standing’ is the debut single from the latest signings to First Word Records, Children of Zeus. COZ is a soul project from two of Manchester’s most respected artists Konny Kon and Tyler Daley. 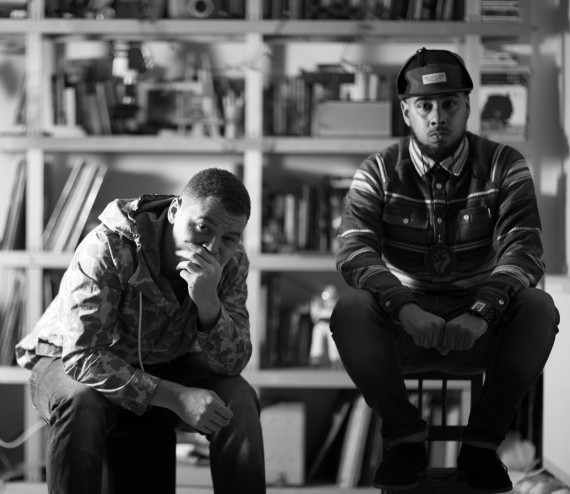 Konny Kon is a DJ, MC and beatmaker best known as one third of Broke’N’English alongside fellow Mancunians DRS and Strategy. Tyler Daley, also known as Hoodman, went from being a respected MC and actor to one of the most in demand soul singers of recent times, lending his vocals and writing talents to music from Soul II Soul’s Caron Wheeler, 50 Cent, Lisa Mafia, Bugsy Malone and more. As a duo they have also supposed acts like The Pharcyde in concert live.

Whilst the likes of Dub Phizix, Chimpo, Zed Bias and Levelz are making waves in D&B, Bass Music and Grime, Children of Zeus came to break the trend and bring a soulful side that is much needed to continue Manchester’s rich musical history. Over the last few years the duo have been releasing tracks through their Soundcloud, generating daytime radio play and legions of devoted fans. They are now finally ready to commit some of these recordings to wax with two tracks that represent the sound that they describe as ‘future classic soul for sophisticated hoodrats’.

‘Still Standing’ is a Bilal-esque slice of neo-soul, a love-letter to the mother’s that raised them, whilst on the flip ‘No Strings Attached’ blends dusty soul samples with a tale of life on the road and the temptations it brings. Look out for COZ’s debut live show in London later this month and more new music very soon. 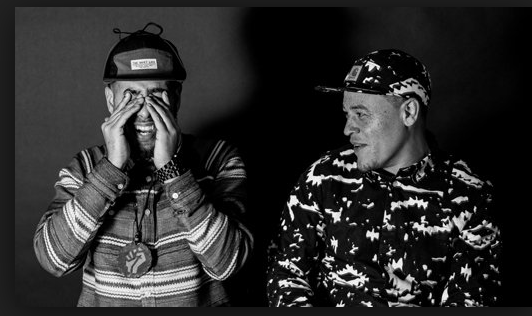 1.If you had to make a playlist that your music would fit into, which others artists would compliment your sound?

Not to compare us at all but I think our music sits nicely with artists such as Raphael Saadiq, Anderson Paak, Slum Village, Madlib, Maxwell, Native Tongues etc

2.Do you consider your music to be uk hip hop?

We both come from hip hop backgrounds, and obviously are from the UK, but the sound associated with ‘UK Hip Hop” doesn’t really resonate with us. There’s hiphop elements to our music and there’s rhyming on some of the tracks, but I think it leans more towards soul music that hip hop heads would appreciate.

4.Who does what in Children Of Zeus?
There’s two of us. Tyler Daley who handles most of the vocals (singing and MCing) and Konny Kon who MC’s.
We both make all the beats.

5.How would you describe your sound to someone who hasn’t heard you before?

We make classic soul for hip hop heads. There’s no lovey dovey dancing over polished R&B involved. It’s soul music with samples or something we’ve played with, a lot of bass or some dusty sounding breaks involved. Some of the tracks are straight hip hop but it’s all Is pretty chill.

6.Who are your musical influences?
We both love the same music. We came up on 80’s/90’s hiphop but pirate radio in Manchester raised us to love soul, dancehall, roots reggae and lots of UK street soul from dons like Soul2Soul, Loose Ends, Omar etc.

7. What’s next for Children Of Zeus?
Working on more music and touring. We have some pretty huge collaborations with some legends from NYC on the way which may have dropped by the time you read this. We just want to continue making music for your headphones or car that still translates to rocking a live show.

8. Where can people go to find your music?
Best place is www.soundcloud.com/children-of-zeus but if you search for us online there’s more music and videos out there!

9. If you could sum up your vibe in one sentence, how would your describe it?
Soul music for listeners, bluntheads, fly ladies and prisoners!

10. How has your home town (Manchester) helped shape you as people and artists?

We live in city where it never stops raining. All we can do is sit inside and make music. Manchester is also home to the highest concentration of MC’’s for its size in the UK. It’s competitive but everyone is cool with everyone no matter what genre. The grime MC’s work with the hip hop guys. The Drum n bass MC’s jump on hip hop tracks. It’s all one big collective that seems to dominate the UK at the moment. It’s always been very London-centric but I think ears are starting to point in our direction now and one after another we are all breaking through.