Last night Giggs hosted a select few – i say few- i mean 150 at a sit down dinner in the stunning art-deco location of Bloomsbury Ballroom in the heart of London, where friends, family and the industry congregated for a warm, love-filled evening.

When you get THAT text from Giggs inviting you to one of his infamous dinners you know it will be special and this night didn’t disappoint. 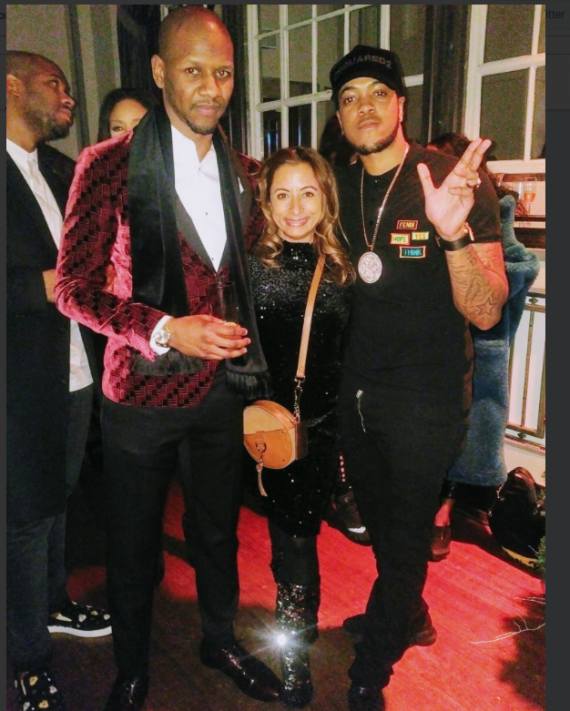 The ballroom was dressed like winter wonderland with snowy Christmas trees and sparking giant wrapped gifts.
Three long feast-like banqueting tables filled the hall and were reminiscent of Royal banquets of the past. 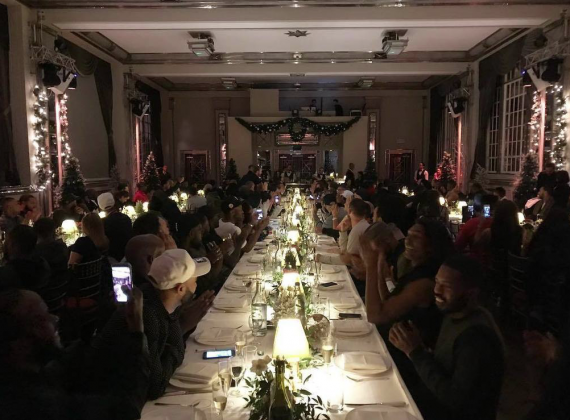 The chef had a variety of caribbean food which was apparently delicious. Followed by apple crumble and custard.
I say ‘apparently” as soon as dinner was about to begin and guests were requested to be seated, it was time for me, to flee like Cinderella, to the O2 to watch my family Mariah Carey in her Christmas show.

Mariah looked and sounded hotter and more powerful than ever. Genuinely when it’s your pal, you’re always nervous for them to have a good show. And with all the keyboard internet haters who like to attempt to drag her regularly, its always a moment when she proves everyone wrong sounding stronger vocally than ever.

Her babies- #DemBabies and their cousin Jaden came out to sign carols too and we all had a lovely catch-up backstage afterwards, before i legged it back just as it struck midnight to Giggs dinner which by now had shifted one table out of the way and the dance floor was popping.

I’m sure i heard someone whisper Look What The Cat Dragged In, lol!

At 2am the DJ was still smashing dancehall classics, but it was when they dropped Talkin The Hardest that it all really popped off!….we danced, hugged, celebrated everyones unity this year- hell- even Chip and Bugzy Malone hugged it out!

Great night Giggs and Mariah – two music acts that have featured heavily in my life – and both written songs about me LOL- LOVE U BOTH! – it was a movie!