SHAKKA PERFORMING AT THE TABERNACLE.

I was invited by ThisIsWired in partnership with Raymond Weil, to new up and coming music act SHAKKAs – The Tribe EP Launch at West London’s The Tabernacle,
You can tell when an act will be huge by the potential number of music industry heads that turn out to witness their talent early on. This one shows that Shakka is very much in demand with A&R’s representing from Island, Atlantic, EMI, Universal Publishing and Eagle I Publishing. 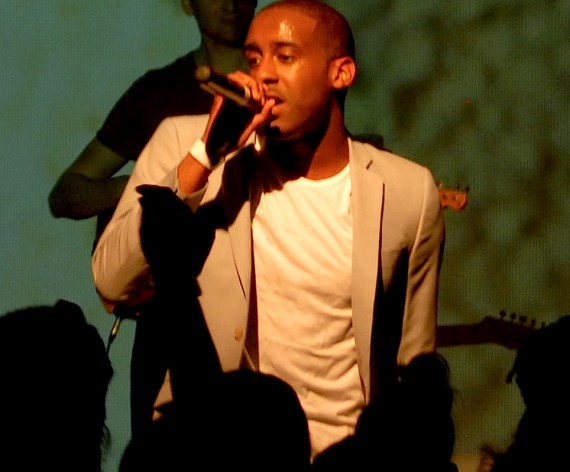 SHAKKA KEPT HIS AUDIENCE ENRAPTURED AT HIS EP LAUNCH!

Having recently released his debut single Sooner Or Later, a serendipitous ode to his own ascension as an artist, Shakka is ready to release his first official body of work as he steps out to headline the launch of his EP. Past collaborations include Wretch 32, Basement Jaxx, Angel and Tanya Lacey so we expected some special guest appearances on the night. The high-impact, multi-talented McNasty (as seen on this year’s BGT) provided main support on the night, and Kiss FM’s DJ Melvin played throughout the night too!

Artists representing in the venue for Shakka were Wretch 32, Daley, Angel, Basement Jaxx and Kelly Le Roc (who looked stunning in a figure hugging dress and heels…). It was a hot Friday night and the venue was buzzing. On arrival, people were eating and drinking in the courtyard as well as the packed bar. The gig kicked off at 9pm to a sold out audience. A solo drummer graced the stage as he gave us his rendition of some of the hottest tracks right now. Shakka, who entered the stage to rapturous applause, swiftly followed this. The crowd was mainly 20 something and very hip… an eclectic mix of hipsters and the ladies were out in force! The eclectic crowd greeted the dapperly dressed Shakka who wore a bright orange blazer and jeans. “Go Lady” was the first track and the crowd –impressively-knew all the words! Actually they knew the words to every song. He has a strong fan base who hang on to his every word.
Another track, ‘On This Thing’ – was a definite anthem with the crowd merrily singing along. ‘Take our time’ is a slower, which saw the ladies swooning. But then the guys were also catered to when Shakka performed ‘Strength of an Ox’. During his set, the ever-humble Shakka thanked the crowd and told us he was so amazed that they have sold out and to be in his own neighbourhood made it very special for the whole audience. Just as the night felt like it couldn’t get any better…enter chart topper Wretch32 – the crowd went wild as Wretch and Shakka hugged and began to perform their chart-topping duet ‘Black Out’.
Shakka’s next single to be released from the EP is ‘Spin’ which already has early support and has been spot played every day this week on Radio 1. The TEAMUK unity is still going strong, and long may it live on! 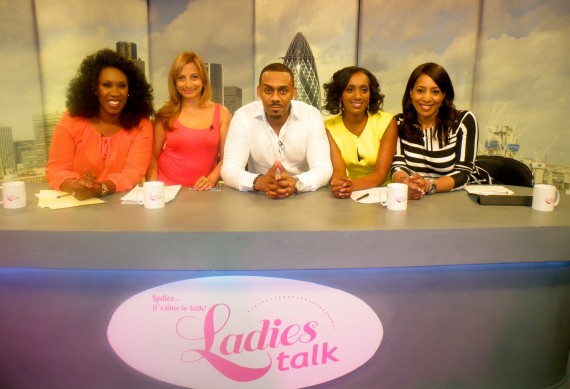 The all female star line up hosted by Angie Le Mar called Ladies Talk is back for another series!
Ladies talk series 2 is back on Vox Africa on SKY 218. Originally with a panel of 5 ladies including myself, this series see the panel open up and more pre-recorded tips by each panelist.
As well as being broadcast in the UK, it also transmits in another 20 English speaking and 20 French speaking countries across the globe including Ghana, Uganda, Zambia, Tanzinia, Kenya Nigeria, Sierra Leone ,Zimbabwe, Benin, Lesotho and Gambia. (So I might not be a star here, but I may be in Uganda).

Its not just the front of camera line uo that work hard to put shows like this on air. The key, powerful influencers and decision makers like Rodney Borde-Kuofie, MD Vox Africa TV Network helps. He explained his support of Ladies Talk. ‘’After the success of Season 1, LT returns bigger and better with a new set, more great guests, fantastic new additions to the studio panel as well as young roving reporter, Remel London engaging the public on the streets of London. Season 2 also features other new elements such as Men’s Talk. The introduction of Men Talk will appeal to men, who will see their perspective incorporated into a unique womens show that now aims to appeal to a broader audience. Like season 1, season 2 is a first on UK television. Where the UK BME community can be heard and seen giving it’s opinion on mainstream news, current affairs and entertainment, as well as looking at items that have a particular resonance with our audience’’.

Producer and star of the show, writer, actor and director Angie le mar added ‘’ Ladies Talk is back bigger and better, we’ve all worked hard on the show, and have been truly committed to creating a platform that we can be proud of, a show that our audience look forward to seeing, and guests enjoy being a part of. This year we have comeback a lot slicker, we have also introduced a few sections, a roving reporter and a special section for men, ‘Men’s Talk’ so no one is left out.”

The first show in the new series saw June Sarpong return to UK TV to tell us about her new endeavors and share her thoughts on Nelson Mandala. ‘” It’s not often you are in the presence of greatness, we throw that word around, other people are good… Nelson Mandela is great- HE EVEN COMMENTED ON MY SHOES!”’’.
The second show saw an interview with gang member turned author Robyn Travis who has a book published about his stories and what he learnt from life on the road. We also spoke to actor and presenter Richard Blackwood who is still working in the west end in theatre and starting to write his one man show which he will bring to the public in early 2014. Richard also shared his reasons for being an ambassador for prostrate cancer awareness. By a strange timing of fate he revealed that when the charity asked him to help spread the word about testicular cancer as its highest amongst black men, his dear mother had only just recently also been diagnosed with stage 4 cancer. In a strong but heart breaking tale Richard shared his experiences on having been tested for it live on terrestrial TV and more. If you want to catch the whole show where we also discusses our usual array of topics-which this week included ‘’why aren’t black men and women getting married?’’ ‘‘Does your name define you’’ and more stay tuned!