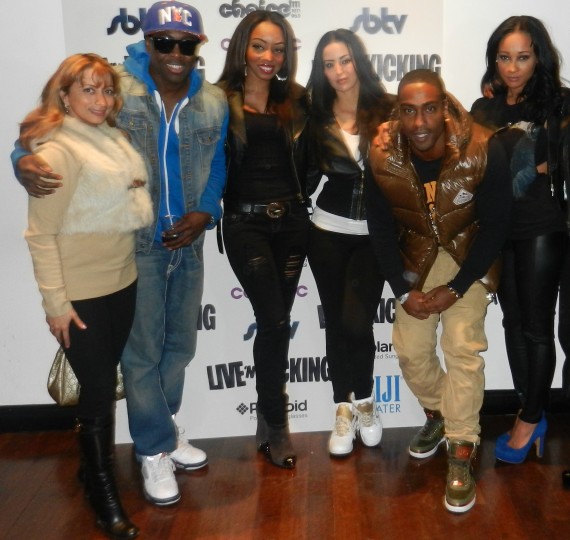 JASMINE WITH MAN OF THE NIGHT-KOJO, MIS-TEEQ’S SABRINA, SIMON WEBBE AND HIS LADY AND LISA MAFFIA.
A week of the usual work hard play hard antics. To start it was roadblock time at Hackney Empire where the Fresh Prince of Hackney aka Kojo was hosting his first one man stand up show for a few years-this one for DVD recording so if you weren’t able to make it in person you can buy the DVD on your shelves in the very near future.
As we pulled up outside the queue was trailing all around the high street and into side roads, cars were traffic blocking and the excitement was in the air. We were handed our VIP passes and guided very slickly into the media reception where numerous celebs and power players in urban media were already gathered to welcome Kojo pre-show and wish him good luck.
Kojo swaggered into the backstage room wearing dark sunglasses and flanked by his whole business team a la a presidential Obama moment-I teased him. Come on-I had too LOL!
Eager to get into our seats we slid into the dress circle where I noted I was sat amongst Eastenders actors Preeya Kalidas (in a very bright fur hat a la Russian) and Fatboy, Simon Webbe from Blue (in an expensive Moncler looking puffa and his mate James Bond baddie actor Rick Yune, (who always mesmerises me as I recall his diamond scarred face in the movie!), So Solids first lady-Lisa Maffia who was looking as cute and lithe as ever, singers Jamelia (all glam hair and smile) and Mis Teeqs Sabrina Washington (sexy minx in black ripped jeans and curtain of luxurious hair) , ITV news reader Charlene White, THE VOICE newspapers Dionne Grant, PR donnette Vanessa Amadi, and many more. 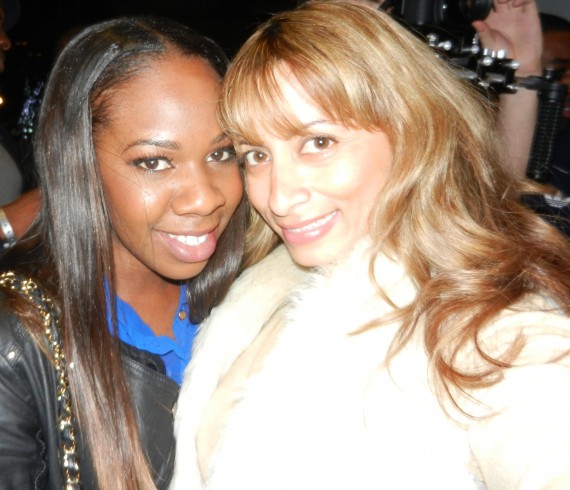 JASMINE WITH PR MAVEN VANESSA AMADI.
The first half of the show saw comedian and host Mister Cee lead proceedings, a very funny white comedienne Maureen Younger who was absolutely hilarious and made a really unique niche for herself with the character she was playing (I think she was playing a charterer-in fact I hope she was). Loved her! 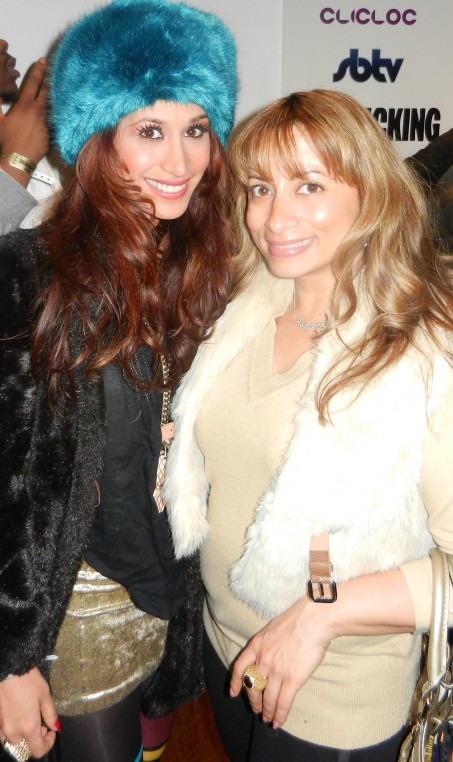 JASMINE WITH EASTENDERS ACTRESS PREEYA KALIDAS.
And we were treated to a live performance by new record label signing Cleo sol, who’s first cover track wasn’t the best received by the audience but she really came into her own singing her own stuff and is clearly a very beautiful and talented young lady.
Part 2 started and swept by so fast-time flies when you’re having fun. The audience loved it-Kojo was on fire and had the audience in stiches roaring with laughter. He commented on the riots, parenting, relationships and so much more-a great night! 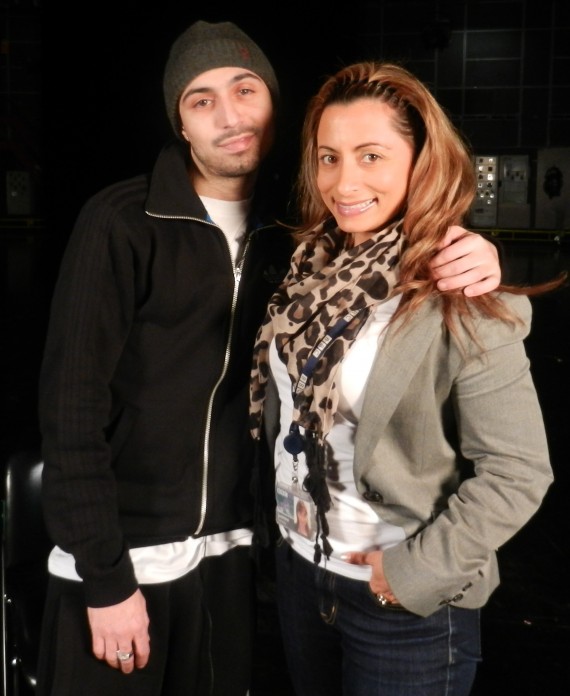 ADAM DEACON AND JASMINE.
BAFTA nominee 2012 Adam Deacon came in to see the UK360 news team and record links for their show. He was a sweetheart who did really well on autocue considering he’s an actor not a presenter and was really keen to do takes over and again even when we said that was a take-he’s want to do another one even better-the measure of a perfectionist that’s mega ambitious!
After he finished hosting links we asked him about current news worthy topical issues like the 696 MET FORM that insists that music show promoters or anyone having an event that includes ‘urban music’ or ‘urban clientele’ have to fill in the form and bring in extra security and insurance. This has stopped many acts from performing live. Adam agreed ‘’I think it’s all to do with misconceptions in the urban scene, people think it’s going to be a certain way when really it’s not. something might have happened in the past at one event and people think it’ going to happen in every single event and it’s a shame because it stops artists from doing the work that they want to do. At the end of the day if the artist has a fan base and people want to hear their music then they should be able to put it out’’.

Recently Adam was in the press not just for his BAFTA nomination but also as he was touring schools across the UK and speaking to students about inspiring them in their assembly’s. Midway through his schools tour an ignorant headmaster cancelled Adams visit to his school at the last minute as apparently he had looked up Adam and his films and apparently Adam wasn’t quite the right time of character to be speaking to his pupils. Talk about outrageous ignorance and racism! Can’t a headmaster tell the difference between an actor and a role he is playing? If the BBC can have Adam on question time why does he think Adam isn’t good enough for his school? Adam retorted ‘’I’ve always been doing school visits, especially recently we went around loads of schools in hackney and we always got some good feedback from the students to the teachers. We were booked in to do a talk at the school and basically the head teacher told the students I was coming and plastered posters all around the school, it got the kids very excited about it. I was getting a lot of tweets saying that they were excited that I was coming and at 5 o clock that same day, my manager told me that the talk had been cancelled, the head teacher made the decision, he apparently saw a poster of my films and thought it wasn’t the right image for the school, people know me as a writer and director and I’m guessing people wanted to hear about that, so he told the school I cancelled when I didn’t. The last thing I’d want is for young people to support what I’m doing and then cancel on them in the last minute. So, I put it up on twitter and there was a protest in the school, which turned into a little riot and the teacher made it out like I cancelled. There are people that don’t understand young people that’s why we need younger teachers in schools and there are in those in positions of power who just don’t understand young people. It’s not right’’.
If you haven’t voted for Adam in this weeks BAFTA race make sure you do- http://bafta.orange.co.uk/rising-star-award/adam-deacon/
#TEAMUK is not just a myth-it’s a movement!