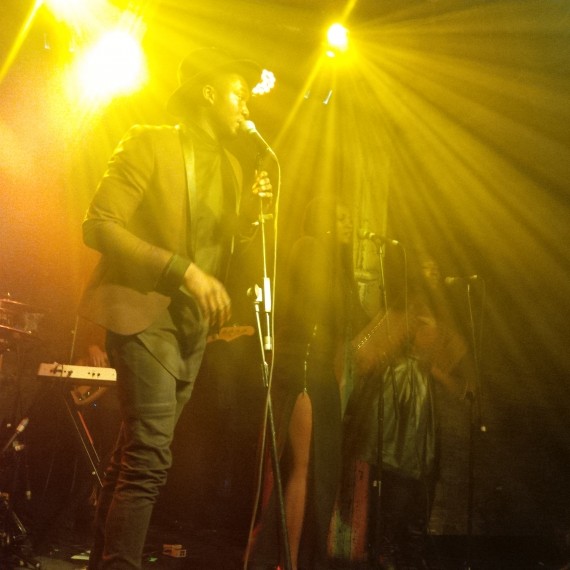 JACOB BANKS AT HIS SELL OUT SHOW AT XOYO

I started the week at XOYO in Old Street for a sold out show by Jacob Banks. The venue was heaving with young, diverse trendies. The vibe was positive, excited and muso. His two female support acts did a great job but the main man was who we were all there to witness. 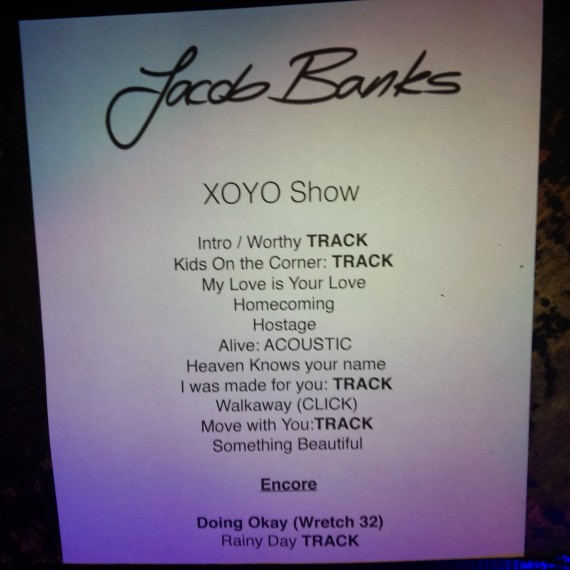 He performed an hour-long show with an impressive set list, and his label mate at RENOWNED music- Wretch32- even joined him for a track at the end. His Justin Timberlake and Luther Vandross mash up. Incredible! 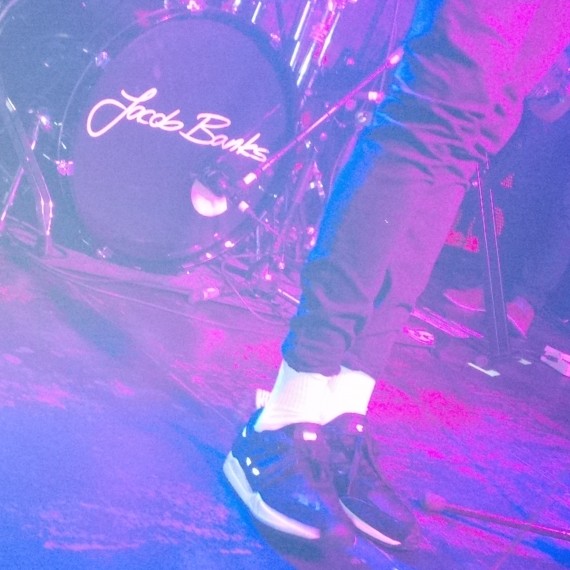 Jacob is unique looking and unique sounding. With his laid back cool vibe. He was dressed from head to toe in black with just a peak of white sock escaping from his Adidas sneakers. His trademark wide brimmed hat was perched firmly on his head and complimented by a black, satin lapelled blazer. 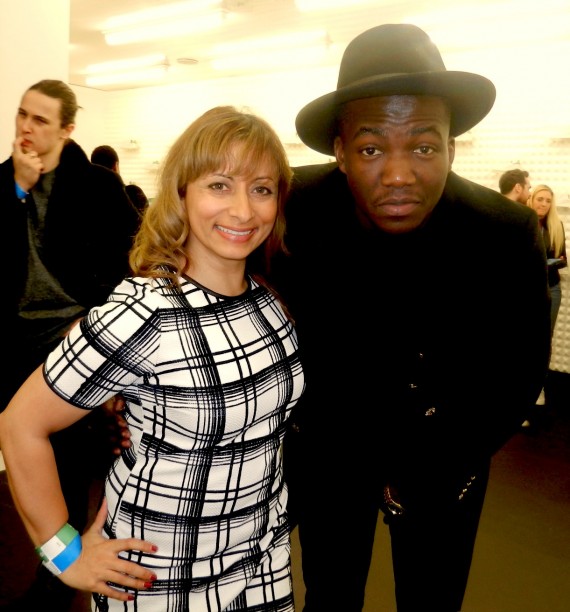 His vocals are extremely smooth and the audience was with him every beat of his art. In the house were fans and friends. 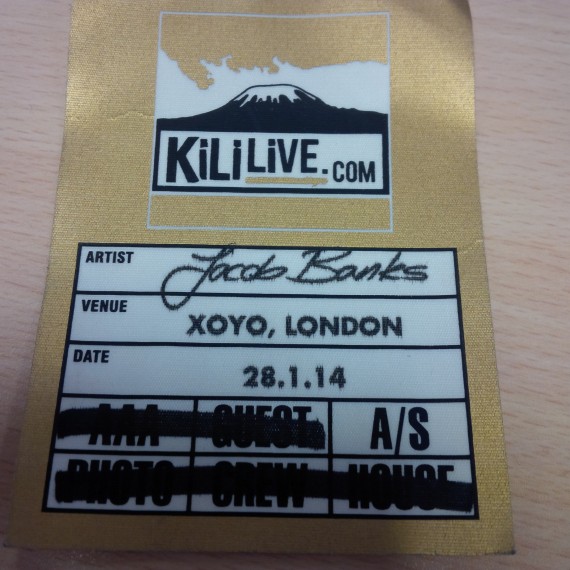 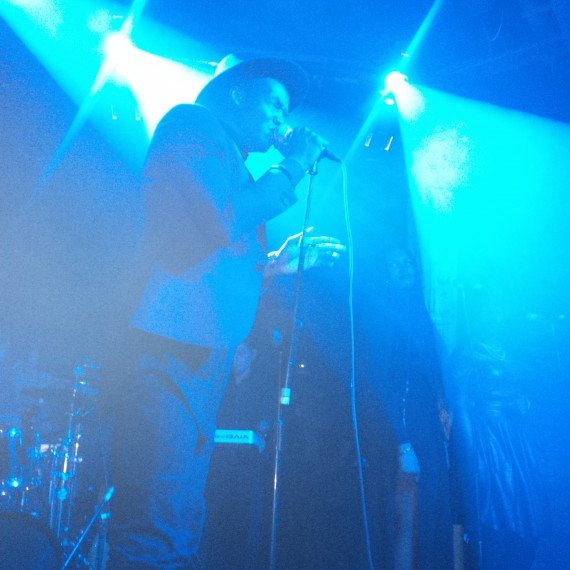 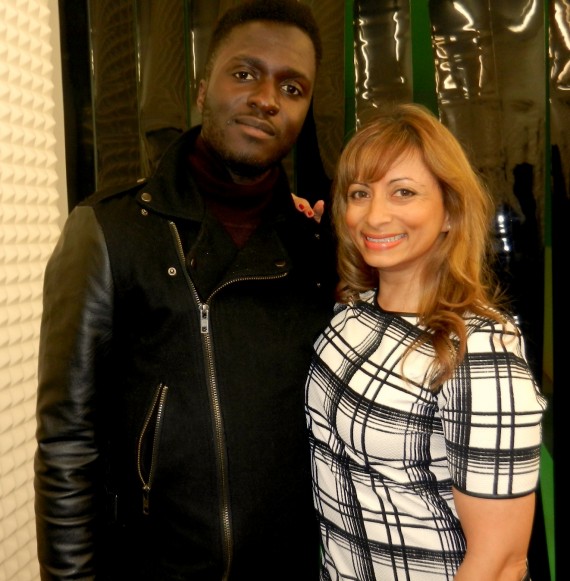 Next I caught up with another young man causing a buzz on the scene and tipped for huge things in 2014- Kwabs! He’s been on every ‘’who to watch in music’’ list (MTV, RAIO 1XTRA) and his debut EP – Wrong Or Right will be released on Feb 4. The EP includes songs – Spirit Fade, Last Stand and a Ben Pearce remix of ‘Wrong or Right’.
Kwabs has a deep baritone vocal that rumbles and reverberates becoming an instrument of both power and vulnerability but most of all, that transcends description and which, quite simply, just has to be heard. He brings to the forefront a mix of his African roots with both R&B as well as gospel influences set against a backdrop of electro-synthesized soul. Already, he’s captivated audiences at his sell out shows across the capital. His growing reputation for an exceptional live performance has already won him praise from the likes of Jessie Ware, India Arie, Laura Mvula, Emeli Sande, Joss Stone and Plan B.
He revealed to me what we can expect from his new music

“There are still loads more musical flavours that aren’t out there yet. The fans will be used to hearing me sing on slower, brooding tracks so I intend to pick the energy up a bit. To that end, I suppose the biggest surprise will be when my music gets them dancing.”

Kwabs is a south London lad. I personally always avoid going south of the river. Yes I’m a north of the river snob. Kwabs attempted to sell south London to me ‘“It feels like a proper melting pot here, with different cultures crossing paths all the time, and I love that. It also has the BEST food, which is basically everything…” I wasn’t convinced but decided to focus on our mutual love of Africa. He’s West African, I’m east African. We laughed at the never-ending competitive banter between Ghana and Nigeria and which was best “That is a dangerous question! I honestly couldn’t say that one place is better than the other – I’ve never been to Nigeria. Our Jollof rice, though. It wins. Sorry guys.”

We returned to the UK and I wondered which radio station he was most in tune to? His answer was unhesitant.

“Radio 1xtra. I love that that station is always pushing new and interesting music.”

As that dreaded annual commercial money making day called Valentines Day is fast approaching, Kwabs revealed, “I can’t take that day seriously! I’ve been known to try and gather friends for incredibly unsexy anti-valentines lunch. Anyone who is romantic all year round is welcome to join me…”

Finally we touched on the dangerous yet exciting world of social media. This week at ITV I held a debate titled Is social media a platform for good with young people or a platform for vanity, violence and vulgarity? Kwabs added his two pence worth “Definitely both. Social media makes young people feel they can say what’s on their mind very publicly without real and direct repercussions to airing their views. Though that’s not to say that everything on people’s minds is worth hearing! The most enlightened or funny or interesting of us flourish on social media. And some others leave us with our heads in our hands. It’s all relevant stuff though, because it truthfully shows what a wide spectrum of people exists. “
Describing his best and worst experiences personally he laughed “I once had someone tell me on twitter that they didn’t enjoy my gig. You get over that pretty quickly, though. Life is way, way too short. I do get occasional marriage proposal over twitter! Those are more or less guaranteed to make me smile.”
To listen to Kwabs take a wonder here; soundcloud – https://soundcloud.com/kwabsmusic/wrong-or-right/s-UDK4F.
===================== 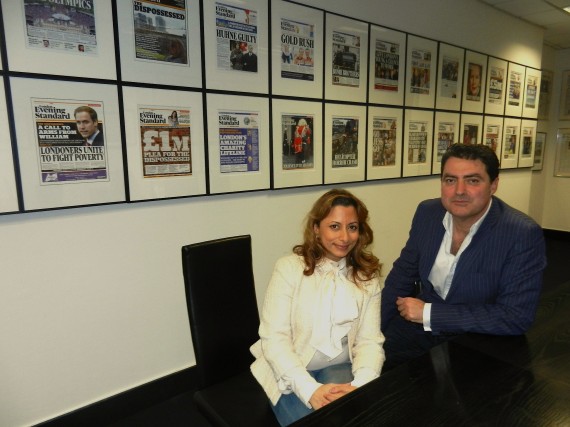 Finally, something making swaths of London’s media, showbiz and music industry companies are happy about the impending launch of new London local TV channel London Live. I sat down with the big man up in London Live Towers- Stefano Hatfield – for more information.

Its strapline phrases probably include the words urban, young and knowing. So many young BAME (black and minority ethnic) young people have been snapped up by the brand. My own reporters plus numerous other mini brands that have been hustling their art in London for years are finally getting their first big breaks.

New TV shows to look out for include;
Brothers with no Game- a comedy about four young Londoners with unsuccessful love lives, Spit TV- an exclusive one mic one take set of performances hosted by Ras Kwame, Nothing to Something- a string of high profile Londoners tell us how they made their way to success, Car Check- a top gear for the urban generation, Balcony TV music session- music acts recorded o a balcony overlooking Westminster, and The adventures of T-Boy- a multi cultural sitcom following the exploits of T-Boy a rich Nigerian who comes to live with his aunt and cousin in London!

Some will win, others may fail but at last a mainstream broadcaster is giving London’s ethnic minorities an equal opportunity on TV screens and that is something I applaud!