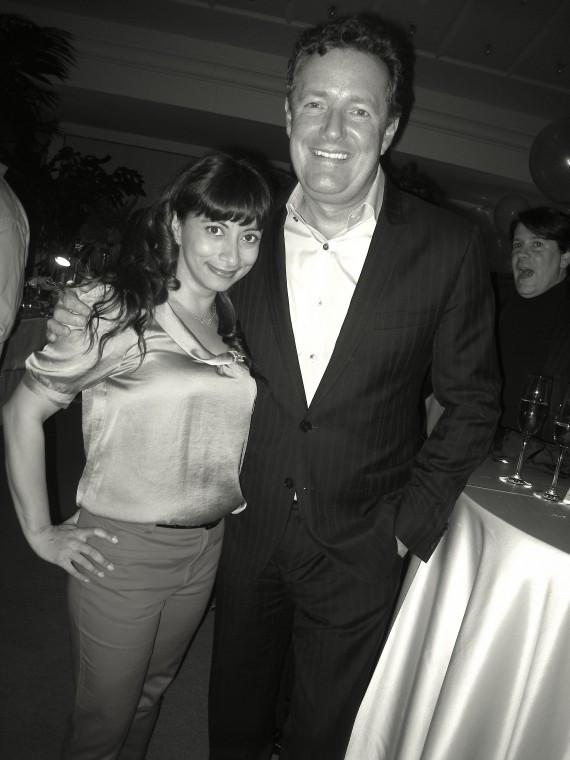 JASMINE WITH HER MENTOR PIERS MORGAN
Happy New Year! I hope yours was as fun and relaxing as mine which mostly consisted of cosy, frolic filled moments with family and friends. A lot of board games like Taboo were played, a lot of screaming went down for Connect 4, a lot of hearts were beating hard after Wii dance offs to the Michael Jackson Experience and too much weight was gained eating copious amounts of rich food!. Time to feel guilty and hit the gym before that summer bikini has to make its debut!

I was also lucky enough to go to the Christmas carol service at St Paul’s cathedral. There’s nowhere more festive and Christmasy to hear the choir sing whilst sipping peppermint hotchocolates and eggnog lattes. On new years day we watched London’s New Years Day parade where competing drum line bands from America and dance troupes from the UK performed impressive numbers in the freezing January cold in skimpy costumes whilst we were wrapped up in our snug hats, scarves and fur mittens.

Throughout the festive activities it was important to keep my eyes open to the realness out there too and nothing could’ve been realer than the stories that kept hitting us from across the globe. Firstly the horrific tragedy in the USA where a mentally affected young man shot and killed so many school children and teachers. The same day we heard about the China tragedy where a similar incident with a man stabbing young children shocked the world but at least in the Chinese tragedy the children were still alive!. One of my mentors, the often loved but mostly hated broadcaster Piers Morgan, who has gone from a newspaper pop culture columnist, to the editor of a UK newspaper to now hosting his own TV show on American network CNN, was very vocal about Americas gun laws pleading with the public to make a change.

Americans have embraced their right to protect themselves and ownership of guns is so important to them. They state things like ‘’guns don’t kill people, people do!’’ Now I know the worldwide stereotype of many Americans is a lack of brain cells and tunnel vision but even a nursery schoolkid knows that only people with guns can shoot other people. Americans started a petition to deport Piers Morgan home. They don’t like us Brits (who are supposed to pander to their every thought), to challenge them on anything. Piers might irritate and be very in your face but he’s real. He speaks like your mate down at the pub, not a puppet puled by establishment strings. We have loaned him to the yanks-I hope they can be open minded enough to hear that he speaks the world’s thoughts on the gun issue. Slavery was once seen as a right to this nation too. No one ever thought we’d see a black president either. It’s never to late to change.

I was reminded of our own issues here when I attended a theatre play called the forty elephants, which I’d heard great things about all through the autumn months. A thought provoking stage play, by new writers & directors Nadine Woodley & Dani Moseley on the hidden, yet rising issue of girlgangs in London.

Think about the word ‘gang’. What image comes into your mind? A group of young urban black males is probably the first thing that pops up. This type of gang would be described as vicious, threatening and brutal; but would you use these same descriptions for a girl gang? Or do you see them as a milder version that commit petty crimes and just seen as girlfriends of the male gangs? I do not recall hearing anything on the news about girl gangs – and why is that? Maybe the media don’t see girl gangs as a threat to society and perhaps the public wouldn’t even be alarmed by them. Nonetheless, after seeing Forty Elephants, I have been more informed on a culture that was unknown to me.

Crude dialogues and monologues with vulgar gestures and expressions shocked the audience to realise that this is how girl gangs would behave. A normal group of female friends have been transformed into a jealously driven clan of girls who strive to gain power and money amongst the male dominated street culture. Even though it sounds like a play that does not seem to be humorous, it was impossible to keep a straight face throughout. The girls mocked how immature and juvenile boys acted around girls and showed the boys who ‘run tings’, whilst even scaring the boys at most times. They laughed at the cruel and meaningless attacks they committed, and then bragged about them at the feasts at the chicken shop they would have after their fights with rivals. Girls carrying knives was another shocker to the audience. Young boys would be constantly ‘stopped and searched’ by police, but girls would never be suspected of carrying dangerous possessions.

Although their casual conversations about their fearful day-to-day acts seemed like fun to the girls, there was obviously a reason that made them turn out like this. Issues such as troubled family problems, wanting to be taken seriously by men, following the crowd and peer pressure are just a few reasons to why the girls believe what they do is right. Being a part of the ‘Forty Elephants’ meant to them a sense of togetherness and security for each one of them. But they didn’t foresee, inevitably, that all would turn sour amongst the gang.

The actresses Nadine Woodley and Dani Moseley wrote and directed Forty Elephants wishing to show an eye opener to the increasing underground culture that we should fear. Afterseeing this play I questioned, how many people have been attacked by a girlgang? And how many males have been attacked by a girl gang but could not admit so, only to protect their masculinity? There are numerous programmes and courses to keep young boys off the streets, but what is there encouraging girls to do the same?

They have truly highlighted the struggles that some young girls face in life; not in a degrading way, but in a way that motivates the audience to make a change. If you get a chance to see this play do so. The writers have used art to portray life in a way that really hones why we must protect and nurture our young ladies who see the Rihanna’s and Kim’s of the world as their role models. 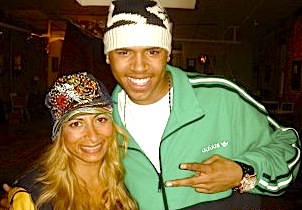 JASMINE WITH CHRIS BROWN
Rihanna and Kim Kardashian have probably had the most global column inches this past 12 months and no doubt will continue to make them in 2013. Their respective drama’s around domestic abuse and home made sex video tapes haven’t set them up in the best possible light, but like I said above –its never too late to change. They’ve made their marks and are now independent women. Rihanna’s has shown forgiveness and Kim has matured into a very able businesswoman. Being partners to famous females like Riri and Kim isn’t easy. When I recently caught up with Chris his attitude was that he has repented and will live his life as best he can but can’t be a slave to the publics opinions. 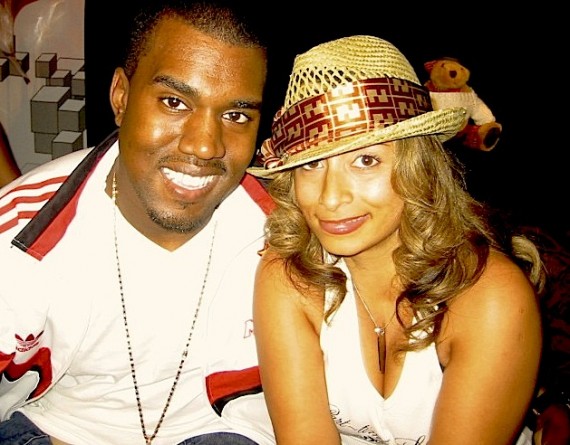 JASMINE WITH KANYE
On his visit to London last week Kanye told me he can’t wait to be a father. I applaud Chris Brown and Kanye West on coming through their respective issues in the past to stand strong by their ladies. I congratulate them all on their success. May 2013 be even greater for them all.