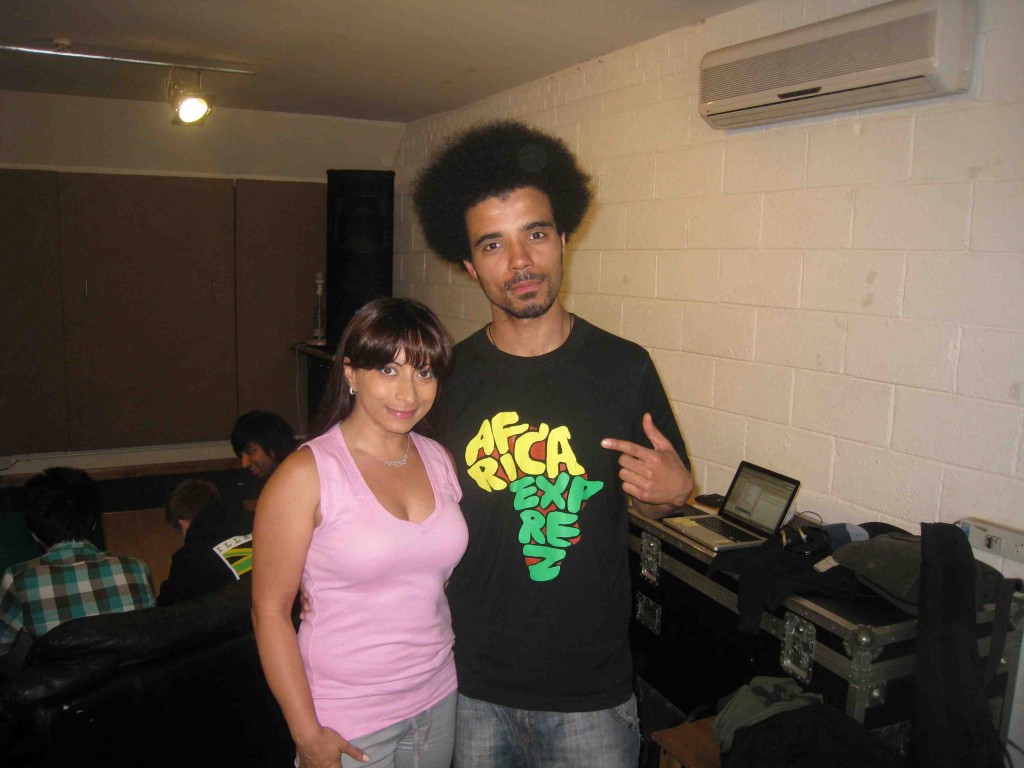 What a week. I feel like wonder woman. cooked Sunday roasts for friends, picked up my guy at the airport, entertained my god children, did my newspaper review slot on BBC RADIO LONDON on the breakfast show with Gaby Roslin and Paul Ross, got my car back from the garage thank goodness as the matchbox I was driving was horrific, paid the usual car fines, attended the Whitney show at the 02 arena, and juggled work, family and friends. The stand out moments included my trip to a video shoot at the London motor museum and an album showcase by musician Akala.
The London Motor Museum based in West London. How had I never known about this secret hidden gem on my doorstep? A huge warehouse just off the A40 and M4 that showcases over 150 amazingly stunning cars .I’m not a car person at all, know nothing about them but even I was left speechless by the vehicles from famous movies tv shows, videos, celebrity cars, vintage, classic, pimp mobiles, European, American, you name it-this is an impressive collection.
Set in a slick, stunning, spacious venue that is the perfect place to hold parties, showcases, photo shoots, corporate events, family days out I will be taking my god children there soon. It reminded me of the aircraft hanger spaces that Puffy and Damon used to hold their fashion shows and gigs at in New York. Probably because the owner Elo is an American who now calls the UK his home. Elo used to be a very well known model face for well known clothing brands and over the years saved his money to buy up his car toys. He buys them cheaper when they’re wrecks and then does them up and sells them for massive amounts. Snoop Dogg, Kelly Rowland and premiership footballers have all graced his business. Elo shut down central London with a road block of his classic cars when he threw a cocktail party at the Mayfair hotel last week as hundreds of press, passers by and guests all surrounded the visually stunning pieces of road art outside the party venue whilst we sipped cocktails and nibbled finger food.

Next it was off to Hoxton to see Ms Dynamites little brother Akala perform tracks from his new album ‘’double think’’. Earlier in the week Akala had a private listening session for 10 people at his recording studio where we sat and eagerly heard his new work.
Akala told me he was going to hackney empire and watching KRS1 at age 7 and going to Shakka dances as a kid too so its no wonder that he fully embraces his heritage and knows his culture inside out. He was attending an extra curricular African history class
regularly as a child too so is always going to champion pro black causes quite naturally. When his big sis ms dynamite was doing her thing smashing the charts, Akala was playing professional football
and even owned a restaurant in Cyprus when he was playing for Wimbledon football club. Clearly a talent from a young age he explains he gave up every young boys dream job as a footballer to become a musician because ‘’ Football became a job’’.
Every time I hang with Akala we debate back and forth about anything and everything. With 2 very strong opinionated people nothing else could happen. We jumped from music to politics in seconds. Like me Akala hates the UK benefit system and what its turned millions of people into .’’ To make life so easy that you’re comfy to do nothing’’

I’ve always wondered why a man as gifted lyrically and visually wouldn’t just take the easy route and make a commercial chart hit to gain fame and money and make other material for his fans on a smaller scale?. Akala looks horrified and retorts to me quoting KRS1 lyrics and more as well as  ‘’there’s been a dumbing down of music in the last 10-15 years
, I’m looking at the music model from a different point of view from the norm
, so when music acts are trying to sell you a product like champagne its the end- its about selling people a lifestyle that they can’t attain. It tells you young black people can’t think. That they can only think with their pistol or penis.
I refuse to make that one track that could chart me and sell my soul in the process.
I wont make materialistic music cos I can relate to people that have taken the wrong path –grown men tell me they wet their beds and have nightmares in jail. I know this side of life and I don’t want it’’.

Wow-10 minutes into our chat and Akala makes me question so much.Akala adds as a final nail in his monologue ‘ I do believe that people want intelligent music, I know miles Davies, Ella Fitzgerald and bob Marley had to fight and for us musically to suggest that this is the best we can produce is a disservice to them and a testament to show how much we’ve destroyed ourselves’’.
Akalas has learnt not to sell his musical soul from past experience as he confesses to me that he hated his previous song “The edge”. It wasn’t staying true to his mentality and now he says its ‘’ a song I feel shame about and it hurts me. Although the NBA just licensed it LOL’’.
He has a very strong point. We were clearly a nation that once upon a time did respect and prefer harder rap when you consider that it was the Wu Tang album that was the 1st rap album to go to number 1 in the UK. It looks like this young man is steadily creating a parallel movement for a fresh more articulate listener around the world.
Further highlighting this coming change in our scene is the fact that his F64 is currently one of the most popular on the online UK music site SBTV (just for the record akalas favourite F64’s are by Black the Ripper and Lowkey).

Even though Akala may not be a commercial chart name yet he’s managed to stay true to his musical beliefs with the aid of top showbiz agents to the stars William Morris who book him regular festival dates like Camden Crawl and breaking convention/ globally. Akala excitedly reveals ‘’They treat me like a band I’ve supported Christina Aguilera / Jay Z /Richard Ashcroft and more. Lots of shows outside of the urban scene, Some even say that I started the whole electro dance genre with my Shakespeare –hip-hop music projects’’.

Not many people have heard Akalas new material yet although Radio 1 DJs Ferne Cotton and Zane Lowe have played cuts from it on their shows. In between munching down on his favourite conscious vegan chocolate Akala played us what sound like hit after hit.
The album begins with a long classical piano introduction and the material is loosely inspired by George Orwell’s 1984. Akala loves the fact that these books predicted fluke events.
Akala explained that he went away to south African and Brazil and it was the Brazilian youth that fascinated him…’’there were 50 kids holding m16’s. But still being polite to me and offering me their hospitality. Those kids are probably not alive now but their hospitality was unbelievable.

Akalas first single XXL is deliberately not like the rest of album. It stars mc stereotype. An A&R man offers an artist jewellery and the usual devil gifts to sell his soul and of course the devil wins and the artist ends up going mad. It immediately reminded me of Jonzi D’s musical ‘’Markus the sadist ‘’ where Bashy played the lead role of Markus. Akala nodded and smiled ‘’Bashys on the remix’’.
The second single-‘’Yours and my children’’ is about war and the way Brazil exploits young people to kill them. Akala spoke like a Brazilian version of Che Guevara!. I watched him thinking he would make an excellent young politician. He has natural leadership qualities that inspire and engage thought. When I mention this he shrugs ‘’A lot of young people wanna know but don’t know where to look

When you’re educated you won’t disrespect yourself and your community- I will do the video in brazil and do loads of remixes to create a movement!’’.
Much of the album is hard, heavy drum n bass, rock and hip-hop beats mashed up. Very club and festival friendly with Prodigy sounding classics.
My favourite tracks are ‘’Marathon Man ‘’ which is very panoramic sounding-I can imagine it on an Adidas advert or film soundtrack .i also love ‘’Physco’’ and ‘’Lay Down Face in the Dirt’’. There’s a stand out track that the ladies will love called ‘’I don’t need’’ ,a beautiful track about what Akala needs from a woman…’.not the fake nails/lipstick/cleavage, Needs to share quality, Its ok to be vulnerable upset ‘’. Clearly a man who knows the love of a good woman. Smile.
Akala has managed to juxtapose infectious beats with deep, articulate lyrics but even though the album talks about deep issues but it ends on a happy note.
It’s impressive. Very unexpected, very ground breaking new sounds that may not be familiar to urban music lovers but is a refreshing breath of fresh air. Akala has always stood out amongst the run of black musicians with his very sharp, attuned intellect and articulation. With this being election week he refuses to reveal which party he’s voting for but does state ‘’ this is my official party line- Whatever decision you make ,make an informed decision’’.
From his deep, political rhyming word play to his hip hop Shakespeare projects to his un-missable live shows ,he’s a force to behold.
go claim what’s yours son!.