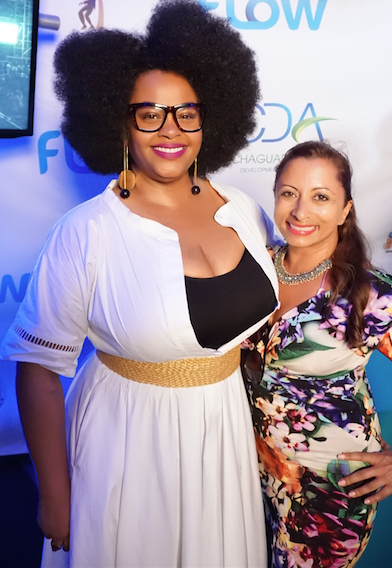 With summer vacations and music festivals all being prepared for, it’s the perfect time to let you into a little secret so you’re prepared for next year. There’s a place just hours away from the UK, (we flew direct by BA), where you can experience paradise white sandy beaches and twinkling turquoise oceans fringed with palm trees, trek in rainforests and swim in waterfalls, juxtaposed the same night with the perfect nightclub experience, indulge in diving, snorkeling, fishing, bird watching, mountain bike along its spiraling roller coasting roads, watch turtles giving birth, visit cocoa plantations, join in local traditions like pulling seine (where you help local fishermen pull in huge nets with two tug of war line ups accompanied by soca music), and even fit in a week long music festival along the beach. 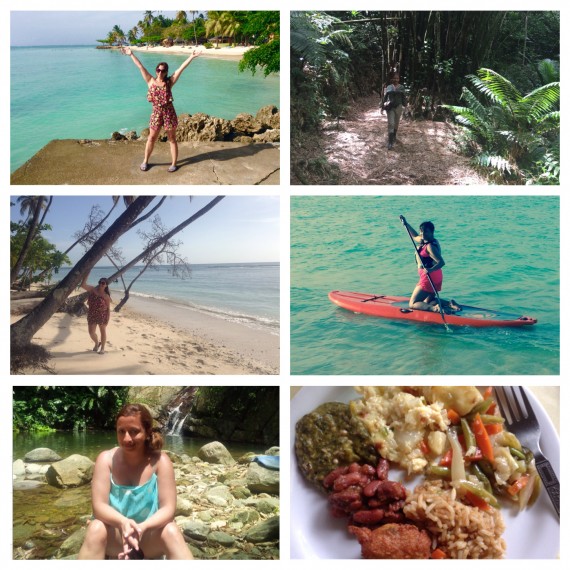 This past week I was lucky enough to be working at Tobago Jazz Experience 2015, where thousands of local and international music lovers make the music festival their April annual pilgrimage. Since it’s start in 2008 headliners have included Diana Ross, Rod Stewart, India Irie, John Legend, Angie Stone, Trey Songz, Chaka Khan, Emeli Sande, Janelle Monae and more. Over the week you can see regional and locals acts alongside the international ones. The headline acts tend to be R&B and soul, whilst the local acts are more along the straight definition of jazz and soca. 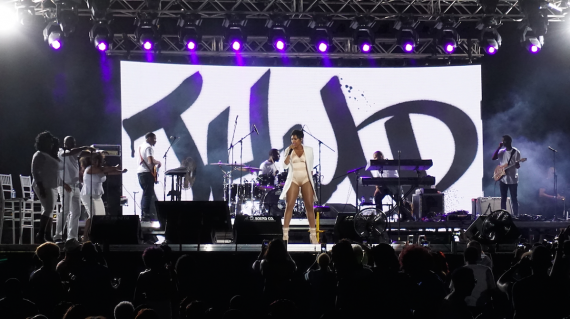 The venue is the stunning outdoor beach space at world famous Pigeon Point, where a giant stage is set up against the backdrop of the ocean. Unlike British music festivals where we dance around with wild abandon and crowd surf, the Tobagonians prefer to sit on padded white wooden chairs and take in the music whilst singing along. There is certainly no bad behavior due to alcohol here. They like a good drink, but are nicely behaved with it. 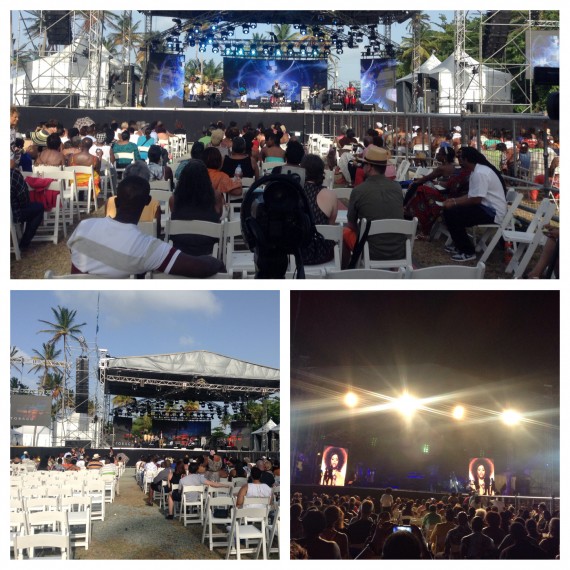 TAKE A SEAT AND BE WOWED AT TOBAGO JAZZ EXPERIENCE 2015.

Also to be seen is the tradition before any formal gathering of the playing of the national anthem where all present stand stock-still and sing along facing the stage. Its like a giant game of musical statues where small children kicking around a football will suddenly drop to soldier-like attention and pay homage to their proud national roots.

Tobago’s African heritage and multi-cultural influences have shaped its unique cultural identity, which account for its language/patois, social traditions, cuisine and music.
With a population just over 60,000 I noted numerous multi-religion denominations. The largest percentages are protestant Christians. Maintaining the islands heritage is important and the locals couldn’t have been more welcoming in sharing their stories, traditions and cuisine.

At the festival, food includes the usual West Indian fare of chicken, pork, beef, shrimp, plantain, rice, wraps and tamarind and chocolate balls. Arts and crafts and giant group photo booths keep the revelers busy too. The weekend pass costs around £100, a great deal for three days of entertainment. Luckily, I had packed right and fitted right in with all the ladies, who were mostly rocking colourful, printed, all-in-one playsuits. They also don’t do heels. Its flat sandals all the way.

Jennifer Hudson kicked off the headliners on Friday night with an incredibly engaging, powerful set where she sung her heart out and made it look totally effortless. She spoke to the audience regularly and her humour and personality captured everyone for the duration of her set. Rocking a white duster coat and pale rose-gold leotard underneath with white ankle boots, she worked it! With a full band she went through all her hits including Spotlight, her Empire TV show track “Remember the music”, “I am telling you” and more. She made her powerhouse vocals soar and reached DEEP down to hit strong, vigorous and spirited, velvety notes, even having to pull her own mic away from her body, such was the power of her voice.

The most surprising thing for us Brits, was that even on the stars biggest, most popular songs, no-one stands to wild out and dance as it’s a ‘’seated affair’’. Dancers can dance away at the side so that’s what I did. They were probably thinking ‘’mad drunk Brit’’ but I was sober, just high on the moment.

MIGUEL ADORNS THE CROWD WITH THOSE KRAVITZ-LIKE VOCALS AT TOBAGO JAZZ EXPERIENCE 2015.

Between each acts set, the local dj’s play popular songs that the crowd sing-along to. So we were all in full vocal anticipation for our next act Miguel. The crowd didn’t seem as excited by him except at the front where the expected screaming ladies were screaming for his attention. Even after a flat start he managed to rescue his set with his hits like “How many drinks”, ‘’Adorn’’ ‘’Sure thing’’ and ‘’Do you’’. When he asked the audience ‘’do you like drugs?’’ as his intro to ‘’Do you’’, I’m sure I collectively saw every audience member raise their eyebrow and lean back in disapproval lol. 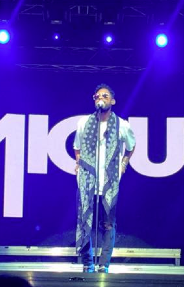 His Rock infused, funky hip-hop set saw him leaping to the floor in splits and falling to his knees regularly. I found him a little self-indulgent and he seemed to be performing for himself but this is a newbie error and I’m sure he will learn to engage with the crowd earlier on in his sets to make it feel more inclusive. He was more conversational towards the end telling us “I feel like a Tobagonian, Can I be a Trinidadian?” 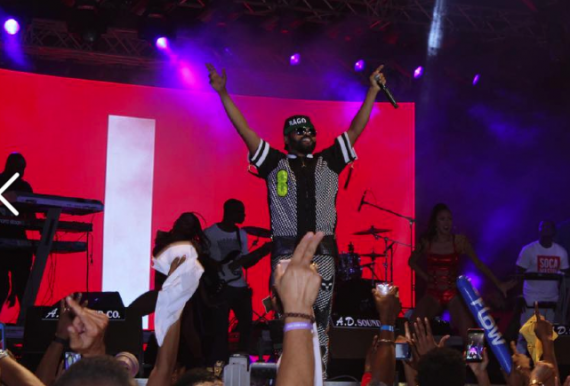 Regional hero, Trinidadian soca veteran Machel Montano was worth the wait. His brand of high intensity jump around soca hits like ‘Like a boss’’ , ‘’Party done’’ and ‘Endless wuk’ had the crowd finally on its feet as he roared through anthem after anthem. The crowd jumped and waved flags and at the end of his set I felt like we’d just indulged in a full on aerobic class on the beach! 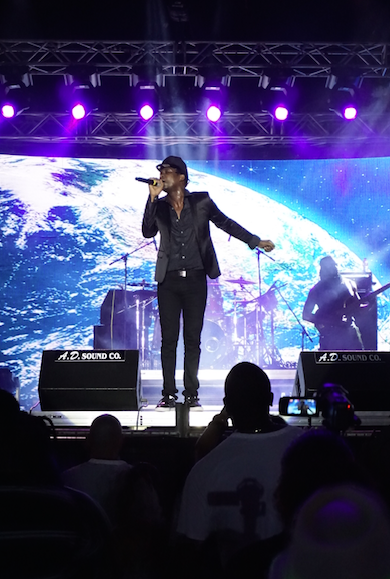 Saturday’s festival day is called Youthopia and focuses on giving the spotlight to the new, young up and coming acts. This night was headlined by Jamaican dancehall reggae artist Busy Signal, whose set was just that, busy! He was extremely high energy and engaging from start to finish chatting out all his hits like ‘’What if’’, ‘’Brighter days’’, ‘’Whatsapp’’ and ‘’One more night’’. He pulled up and rewound his hit ‘’Text message’’ numerous times to the crowds delight! He even covered Mariah Carey / Harry Nielson’s ‘’Without you’’. Along with new freestyles over Jay Z, Alicia Keys and Rihanna classics he left the crowd a hot, sweaty, delighted mess. We were all were ecstatic and gratified that he played all his hits just as we wanted them, sing-along anthems. A wicked live performance! 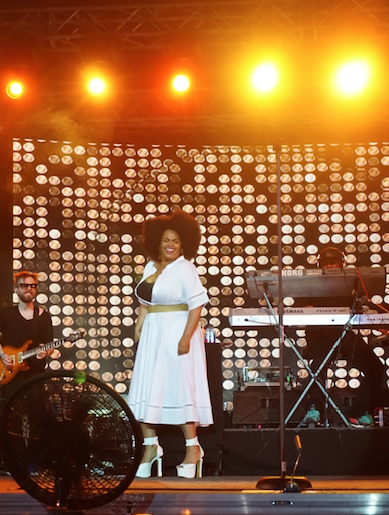 Sunday saw the double threat killer line up powerhouses of sweet neo-soul star Jill Scott and legends Kool and the Gang.
Jill Scott strode regally onto the stage in statuesque platform white shoes, wearing a long sleeved white dress open to the navel, showing a black camisole beneath and commanded our attention like a Queen. Rolling through all her classics like ‘’Give it to me’’, ‘’Long walk’’, ‘’He loves me’’ and more.

Backstage after her set she told us why Tobago holds a special place in her heart ‘’it’s the energy out here, I wanna take a shower and pop my feet in the ocean water, the sunset last night was heavenly. Honey, the locals here are living in paradise!’ One of my special moments in Tobago last night was just being in my villa, alone, naked. Floating in my pool and seeing the stars and moon. It was perfect and divine. I prayed. I’ve had an interesting last two days’’. 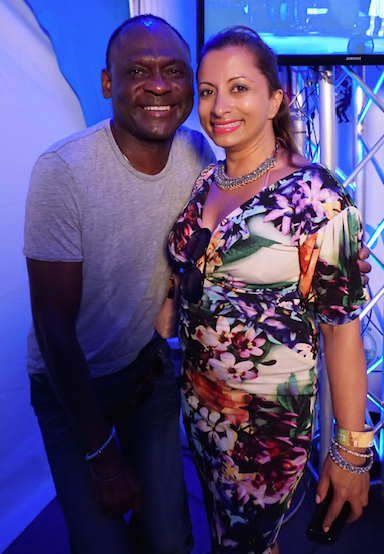 Kool and the gang had a quick chat with us before hitting the stage. George said ‘’We hope the crowd enjoy the show. Our first time in Trinidad was in 1972. Being in Trinidad for two weeks back then inspired our song “Caribbean festival. We love the Tobago ocean. The secret to our longevity is we’re very eclectic with our music. We don’t stay one genre specific. A favourite song of ours to perform is obviously Celebration to close the show”. 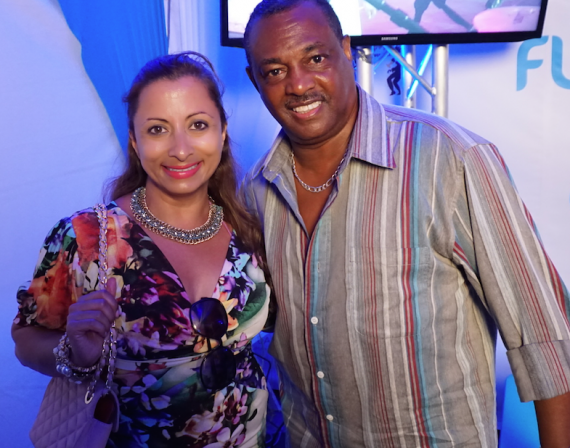 Robert Bell added ”When it comes to younger acts these days our favourite young act would be someone like Usher. He’s doing today what we did in the 60’s and 70’s. If you look at lyrics then and now they’re different. We sang about love and people being together and now it’s about other different stuff. Most of Kool and the Gang songs are stories with a moral. ‘Get down on it’ is not a sexual connotation, it’s about getting up and doing it in life. We also love Maxi priest, Bob Marley. Dream collaborations for us would be Stevie wonder, ‎Quincy Jones, Pharrell, Chase and status…the lyrical depth of their music inspires us. We also have a new album coming by September’’.
‎ 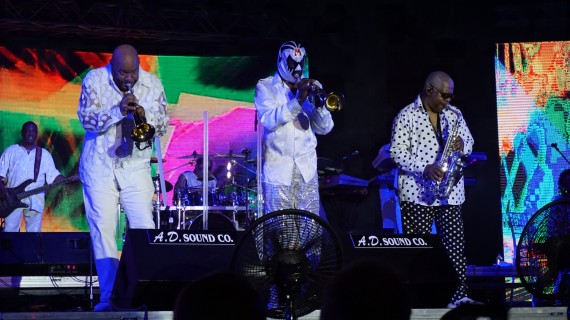 And with that they were off to turn Pigeon Point beach into a dancing, writhing mass of bodies all gyrating to hits like ‘Fresh’ ‘Tonight’s the night’, Joanna’, ‘Too hot’, ‘’Hollywood swinging’, ‘Cherish’ and of course my fave ‘Ladies night’’! Wearing white crisp shirts with silver sequined trousers they did unison dance routines, bad cartwheels and even rocked crazy head-wear to keep us all entertained. 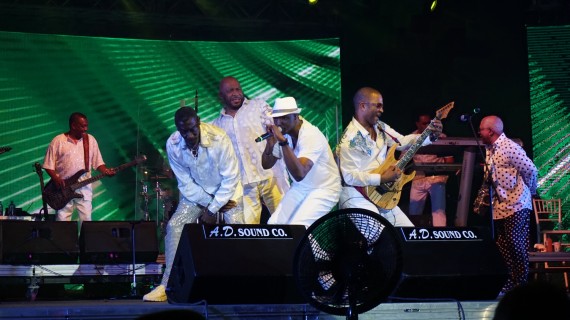 A beautiful week that I was blessed to call work. So when you’re thinking of booking your next vacation, maybe align it with a beach music festival (I have some insider info that makes me very excited about next years lineup!), and remember, Tobago Jazz Experience is much more than music. Can you afford not to put this on your once in a lifetime travel bucket list? 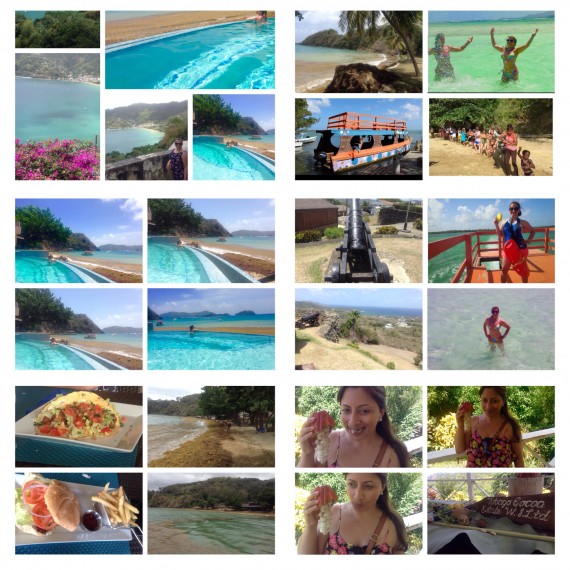