I’ve never been one of those kinky girls that likes to be blind folded for fun, but last night I popped on an eye mask in public for a very important cause. 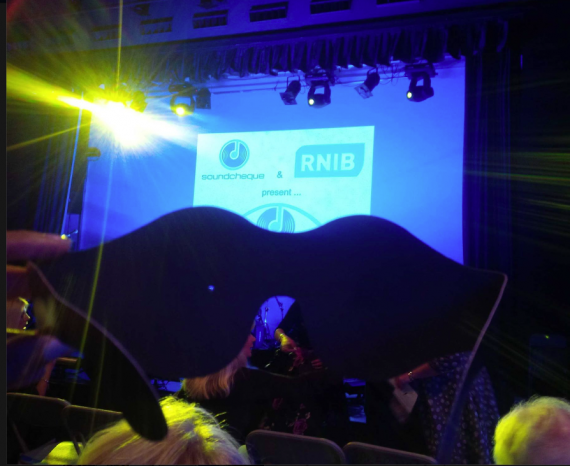 Every 15 minutes, someone in the UK begins to lose their sight, that’s almost 2 million people in the UK. October 8 was World Sight Day, and in London this was celebrated with a very unique music event called Sound For Sight, at The Tabernacle, in Notting Hill, and on October 14 a similar event will take place at The Mint in LA. 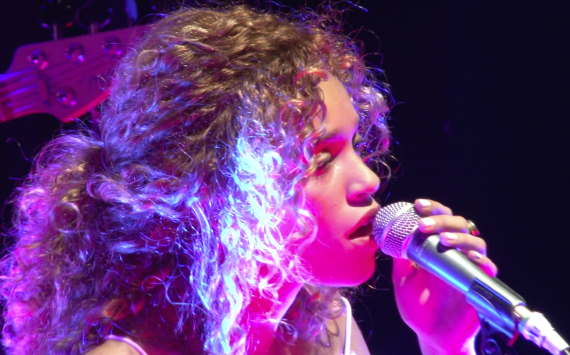 Music Company Soundcheque put on the event because their CEO, Laura Westcott in 2014, found out that her friend Yvette Chivers had been diagnosed with the sight loss condition Retinitis Pigmentosa. The condition means Yvette is losing her sight slowly throughout her life. Last year Laura went “blind” for one week to raise awareness for Yvette’s sight loss condition, and celebrated the end of the week with a concert she called ‘Sound for Sight’ on World Sight Day.

Laura told me: “I did a lot of research last year about RP and found out that it’s potentially curable. After making myself wear the sight-loss glasses last year for a week it really struck home to me how horrific this condition is. The first day the tunnel-vision gave me bad headaches and made me feel nauseous. Throughout the week, the challenges were when other people would try and grab me to help. Its weird, like a weird invasion of your privacy. I realised when you lose one sense, all the rest are heightened. With music being my life I accidentally created something incredibly special for a cause that’s really important to me.I wanted our audience tonight to really feel how life changing blindness can be’’.

Attending ‘Sound for Sight’ made me realize the importance of music to the partially-sighted and blind. The aim of the night was to raise funds to fund research into the curable degenerative eye disease through the power of live music. And what a lineup of powerful musicians there were on the bill!
The inaugural 2014 event was hosted by the BBC’s Jeremy Vine and included performances from opera singer Bryn Terfel and Dan Gillespie-Sells of The Feeling. This year we had a 15-strong line up of names. 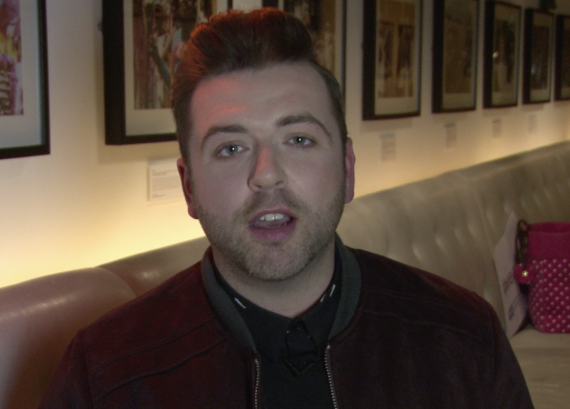 MARKUS FEEHILY SPEAKS TO LONDON360 AT SOUND FOR SIGHT.

Mark told us ‘’If I’m available I like to support charities, and I particularly loved the high-concept experience element of this evening. These days there’s so many charities out there that they have to think of a way to grab peoples attention,this was really unique. I’ve never performed before to a fully masked audience. It’s such a mixed line up too. I love it! If I were to be affected by an eyesight loss disease like RP I cant even imagine life. When I meet people that are affected, it put’s my life in perspective’’. Markus also mentioned that this had been an important show with synergy for him to be a part of, as his solo reincarnation is more about his vocal ability, as opposed to his pin up past from Westlife. 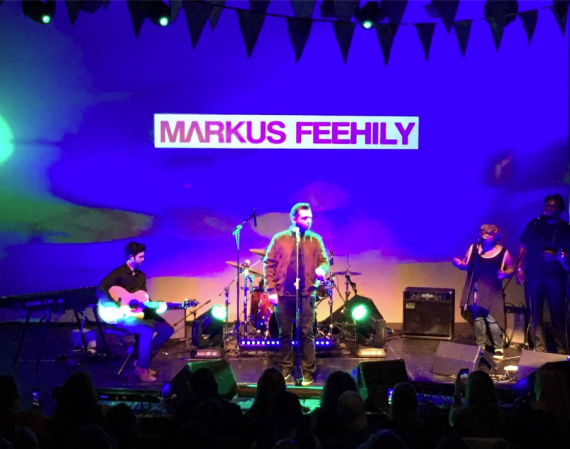 X Factor star Luke Friend told us the reason it was important for him to support the night was ‘’ playing music is the only thing I’m good at so if I can help it’s a great thing. I mean, if this suddenly happened to me, how would I cope and still play my guitar? Its really difficult, my life would change completely if I went blind’’

Rising star Izzy Bizu had the crowd awed with her jazz tinted vocals and told us‘’ basically everyone in the audience have to wear these glasses so they can only partially see us performing and some people have also been performing with the glasses on too so that’s challenging!’’ 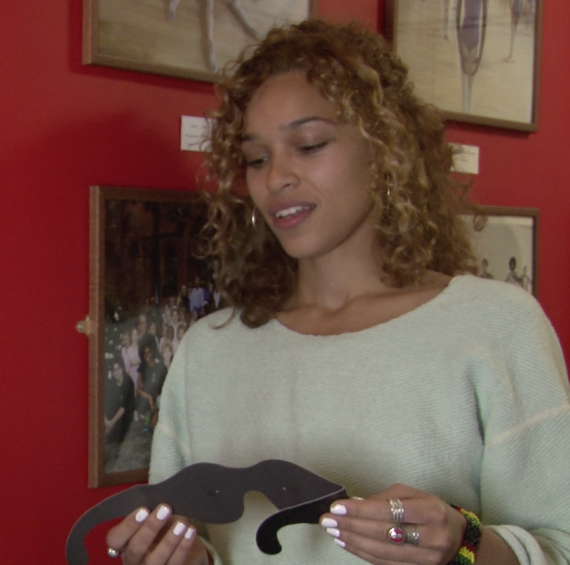 IZZY BIZU SPEAKS TO LONDON360 BEFORE GOING ONSTAGE FOR SOUND FOR SIGHT.

Each act took to the stage for around ten minutes and really did the campaign proud. Scattered amongst the music talent we were also treated to comedy by the hilarious Mark Watson who literally did a freestyle set about the actual night, the cause and the audience. 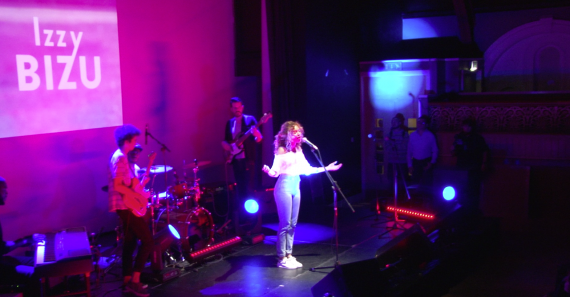 Concertgoers wore black ‘’sim-specs’’ which simulated reduced vision as we watched the exciting line-up of artists and experienced music in a whole new way. It was a strange mixture of emotions. On the one hand the music felt so much more immediate, powerful and every layer of musicality was highlighted to my senses. On the other hand it was unnerving as it was like seeing only through a teeny pinprick of a hole enveloped by darkness. So in a usual music show when people pass by you, feet stomp behind you and spotlights spin overhead, it’s all accepted and unquestioned due to our peripheral vision. Here I jumped nervously as I only heard and didn’t see the thuds, nudges and energy from passers by which was anxiety inducing. 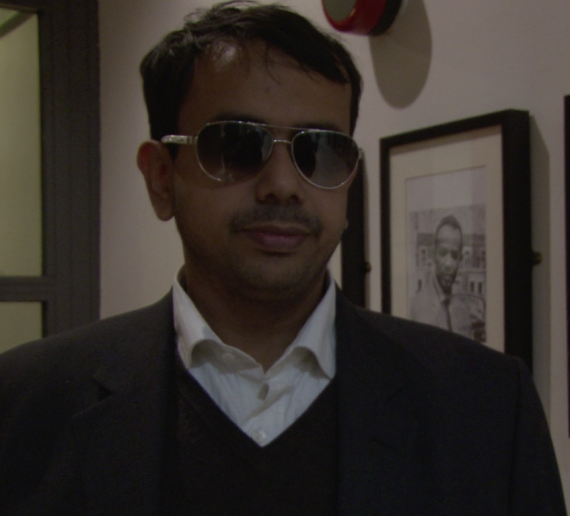 Ashish Goyal, Ambassador of Sound for Sight and the world’s first visually impaired trader told us: ” last year when Laura spent a week living as a blind person I was one of her mentors. My job and journey is fascinating, as I had to convince people at JP Morgan that I could do my job as a blind person after I loss my sight as a teenager in Mumbai. I use screen reading software and technology as I trade, so technology has changed the way I live. Sound for Sight is a remarkable concept for an amazing cause. I’m pleased to be associated with it.”

This is the first ever music concert for the RNIB and James Risdon, Music Officer at RNIB, agreed it was a great night: “As a blind musician I’m really excited about how Sound for Sight challenges the way we listen to music. I hope the audience enjoyed the chance to experience live music from a new perspective, even if it is just for a few minutes with the glasses on”.