Grime has quietly been doing its own thing, minding its own business, not killing itself to make nice and play ball with the usual music gate-keepers and this past year its blown up. 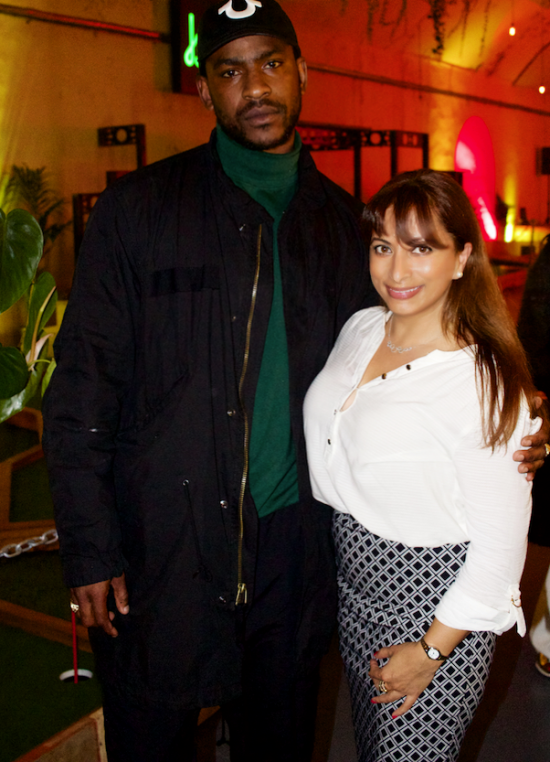 International music acts like Drake and Kanye West have been shouting out British music genres and acts for years, and the latest British music star to get the American love-in treatment is Nigerian British soloist Skepta. Originally a Tottenham based DJ; Skepta has been releasing music for years with his first big release in 2007. It’s said that either 10 years or 10,000 hours of hard graft are needed before achieving initial success. So Skepta has proved that timing just about right.

Skepta has been releasing material to a variety of responses for years. With his Boy Better Know collective who include other solo brand names like his brother JME, Jammer, on-off collective member Wiley and more both singles like Rolex Sweep and mix tapes like BLACKLISTED have been quietly gaining him a respectful fan base and respect in the industry.

There was a time when brands like MTV Base, Channel U/ AKA, Radio1Xtra, RWD, GRM Daily and more were the sole champions showcasing grime. But like Skepta playing his cards slow and steady before saturating the international scene, a new media brand has snatched up the baton that the rest have been plodding along with for years and run riot. Every music act wants to be on Noisey. They’re fresh, edgy, mischievous, and provocative. Like the Channel 4 of the music world. The Noisey tone is youthful, cocky, full of attitude and so bloody refreshing.

This week Noisey invited a special VIP audience to the world premiere screening of a documentary titled TOP BOY at the vaults in Waterloo where the audience was an oversubscribed cool new-media group that included Chip, J2K, Jammer, Frank Ocean and music industry gatekeepers. 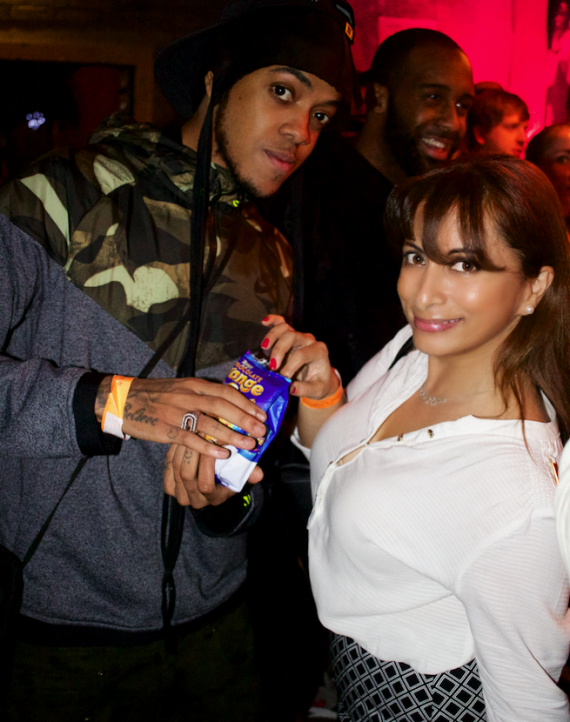 JASMINE WITH CHIP-WHO TURNED OUT TO SUPPORT HIS PEER SKEPTA.

A film that documented Skepta’s American tour. It was a fly on the wall roller-coaster ride from Queens to Washington DC, to Boston, Brooklyn and Toronto where the BBK crew on a smoky testosterone-heavy tour bus, with all smoking weed, drinking Henney and making money rain. They all rocked union-jack BBK t-shirts and a lot of Nike. The only difference between the golden age of Puff Daddy and Skepta is the lack of women on the tour bus. Or at least that’s what we were shown. There is a moment when a couple of females on the bus are ejected and ridiculed for calling Skepta ‘’Spectre’’ a la James Bond. An understand error in the same month both a being heavily promoted to an American audience? 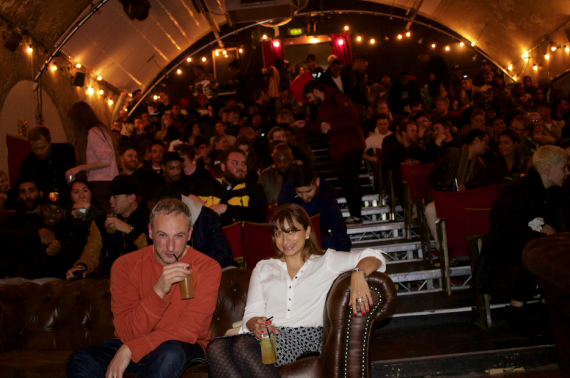 THE BEST SOFA SEATS IN THE HOUSE FOR HIPHOP PHOTOGRAPHER PAUL H AND JASMINE.

He said, “We stuck to what we believed in”. When visiting the Whitehouse he was in awe “it had a mad energy around it”.

One of the cutest, funniest moments is when a manly skepta clad in a bathrobe with his crew all attend a spa and he notes ‘’it was spiritual, the eucalyptus and cucumber slices was good’’ 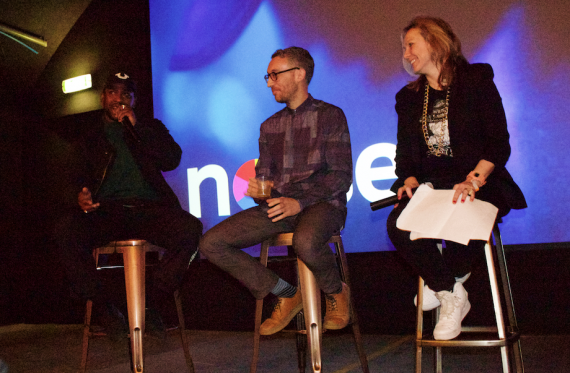 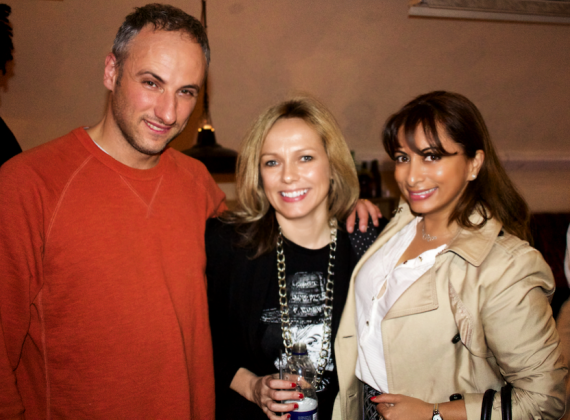 ‎Asked why Noisey had championed Skepta with this doc Alex joked ” charity. ” before informing us ‘’it came about originally when I contacted Skepta about directing something for us. We think he’s the most important artist in the uk’‘. The feeling of trust and long-term respect was mutual as Skep gushed ‘’I just like Alex. In this business you see a lot of BS. But I trust Alex. Maybe if someone else asked from Noisey I would’ve said no”

A surprised Skepta told us “I dropped freestyles two weeks before going to the states and they knew them word for word when I was out there!”. Showing how big grime is globally he added “ we could do another doc on our time in Amsterdam, Copenhagen and more. When we go to these spots we’re not going to mingle with celebs there, we are working hard. I went to New York and just did it”. Regards any outtakes that didn’t make the final cut Skepta revealed “there were some bits that didn’t make the cut cos I didn’t want anyone to see those bits’’ to which Alex shot back ‘’As long as the spa steam and eucalyptus parts stayed in I’m cool” 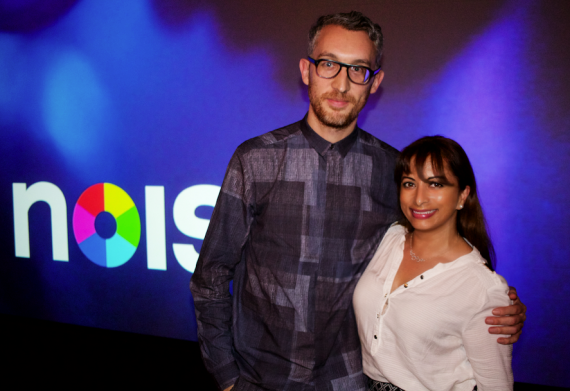 We are passionate about immersive documentary filmmaking and make it our priority. We’d rather not make anything for a while and not feel the necessity to fill up the internet with content for the sake of it and then put all our love and effort into something a bit deeper like this.
—————

Skepta ended the night saying that even though a lot of lights been shone on him this year, new technology has changed the game “everybody’s popping right now. It’s a worldwide thing. If you’re integral with the culture it’s gonna prosper. Jumping on tour with other acts to gain their fans as a support act is disgusting to me. Big up the internet, fucking hell! . our scene has birthed loads of stars, D double E might not know he’s a star!!! Ba ra ba ba is his thing. Everyone’s celebrating. It’s a good time and I wish everyone the best who’s in it. This is all we wanted… to put out music and everyone to hear it*” 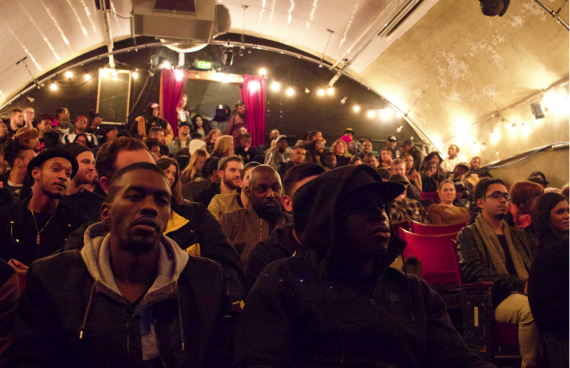 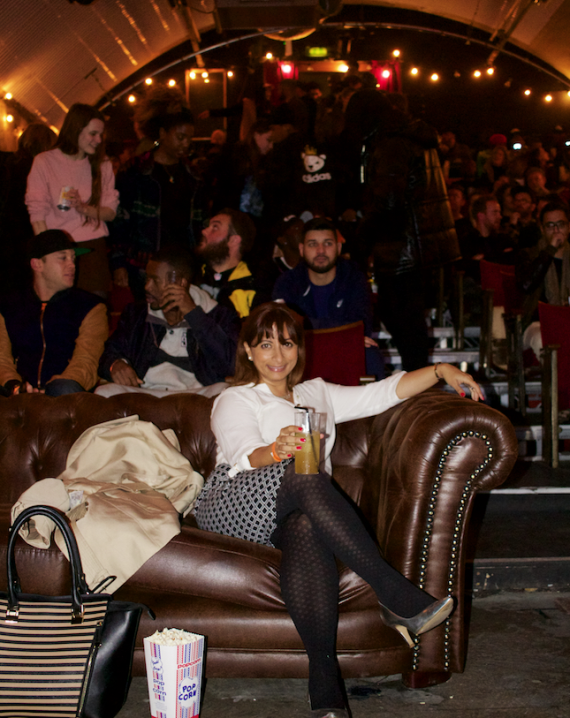