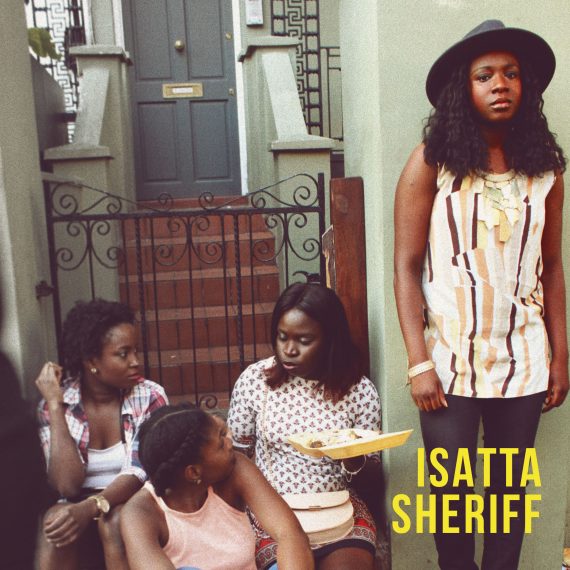 Tell us about your latest album ISATTA SHERRIF?

The album is self-titled and I choose to do that to signify a new stage in my musical career. A lot was happening in the midst of writing this album, my Mum was diagnosed with cancer for the second time, my cousin Kabba Kamara was murdered as a result of deprivation and crime in the inner city and four months later the same thing happened to one of my favorite students Myron Yard. I taught him at a music college in London.

The young people I teach inspire me. Myron was a music student and he was supposed to be on the remix of “Kin”. Him and his classmates were the inspiration behind that song and I am referring to him in specific lines. One time he humbly asked if I would ever consider doing a track with one of my students, which was his cheeky way of asking if I would do a track with him. What’s mad is that I’d already planned for him to be on the “Kin” remix; I’m really sad that we never got the chance to record it.

I’m probably a bit more vulnerable on the album as a result of the last year. I touch on the loss of my sister to suicide while I was in college as well as the drawbacks of growing in a socially deprived part of Tower Hamlets. A line in the song “Heartbeat” says “I know it sounds like I’m conditioned or something, like I’m protecting my heart before disaster jumps in”. I was determined for the record to be a positive and enjoyable amongst all the serious content. I think we managed to achieve that balance with the melodies, tempo’s and variations in flow.

With this album I wasn’t bothered about big singles; I just wanted a project that people could listen to from beginning to end. It’s a very London centric record but that doesn’t exclude people living in other places. My aim was for people in any city in the world to connect to the songs.

People and cultures also inspire me. On a couple of tracks I talk about being able to understand other languages because of how closely together we live, “Bilingual not by choice, but glad for it” -Burning An Illusion. The album is like a journey on the London Underground and I jump off at each stop and touch on different subjects that reflect each part of living in a city. It’s inspired by forgiveness, hope and honest conversation. I wanted to show that art and beauty can come out of struggle, as Talib Kweli says “Life is a beautiful struggle’’.

I don’t have any rap features on the album, because I have spent my career doing features and I just wanted to record an album that really reflected me without being diluted. I felt that I had strong enough content to carry the album myself. The only feature I have is a chorus from Terri Walker on a track called “Coasting”. Terri was great to work with again. I sent her the track and three days later we met to record it. This was first song that I ever wrote and recorded while in college and I wanted to include a remake of it to show my journey as an MC and also signify the way my style has evolved. I used to only rap in that double time style as I used to listen to a lot of Bone Thugs N Harmony and Da Brat back in the day.

(Baker Aaron) the collaborating producer was only meant to initially produce a couple of tracks but ended up doing the whole thing. He gets my voice and I get his music. It was the simplest, non-dramatic, enjoyable experience I’ve ever had creating a product. I have worked with some amazing producers throughout my career but we just clicked musically. He is an amazing musician and producer based in Istanbul. We worked between his studio there and my home studio in London. 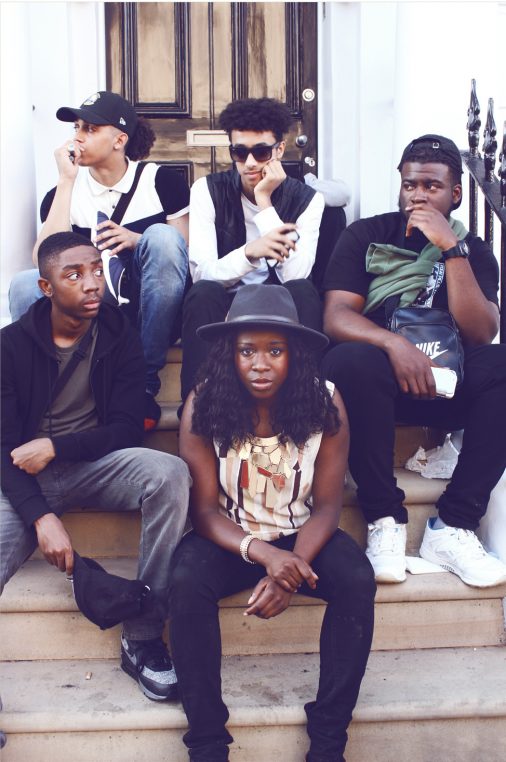 Tell us about your video ‘’Burning An Illusion’’.

I put out the video for “Burning An Illusion” as a taster to the album’s lyrical content. I wanted to challenge perceptions of the working class and also show how amazing it can be when cultures mix. The video is shot in East and Central London showing the contrasts. There are tower blocks and then you see the Globe Theatre along the Southbank. You see kids hanging out with nothing to do while tourists enjoy London walking through a Black Lives Matter protest.

I was due to write the last track for the album “Redefined” when the tragedies with Kabba and Myron took place. I needed two months to regain the emotional energy to complete the final track plus there was a bit of pressure as this was the track to finish off the whole project. I was determined for the track to be positive despite the circumstance. I recorded it and shot a video to celebrate black music from the UK as well as the black community with a special focus on young people and dedicated the song to Kabba and Myron.

Explain your previous outing as an artist under the moniker TOR and why it’s now changed?

My full name is Isatta Sheriff Cesay. My Mum’s name is Isatta Sheriff and Tor means namesake (the equivalent of a boy who is named after his father being called “junior”). My Mum used to say, “This is my Tor” meaning “This is my namesake” and my whole family calls me Tor. At school and work everybody used to call me Isatta. I respond to both but as time has gone on, hardly anybody called me by my given name. Releasing music under my first and middle name was a natural progression. It also means I get my name back as people have started calling me Isatta again which I love. 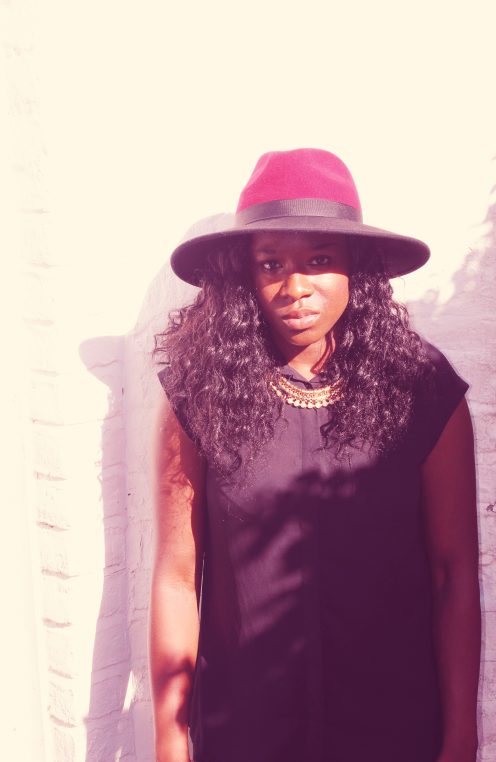 What have you learnt from your past years in music?

The key lesson I have learned is authenticity. It’s important to never forget your love for music and to work with people who are passionate about similar styles as well as experimenting sonically from time to time. I’ve learned that you should push through and keep making music even if you have things going on because there will never be a perfect time. I held back so much early on because of drama but drama doesn’t stop so you just need to keep going.

What are your aspirations for the next couple of years?

I am planning to drop more videos from this record for the next 7 months while starting on a new record-whoop! I’d also like to take this album out with a live band, as that was always the goal when we started it.

How do you feel about having a female UK leader and the fact that we nearly had a female American leader too?. It’s great for females to see the possibilities right?

The fact that both of them are women is not incentive enough for me to celebrate. The issues surrounding their leadership are too complex and it would be shallow of me to look at their position solely from the point of view of womanhood. Women have always been leaders. In royal kingdoms, as activists, in wars, serving the poor and so much more but they do not have the platform offered to Clinton or May. Women of all cultures are amazingly strong even while oppressed and history is a testament to that. This current situation may inspire some young girls to believe that they can become Prime minister or President but I have trouble believing a large amount of young black girls would see the same possibility for themselves. Having a white middle class female head teacher did not put the thought in my mind at all that I could be a head teacher while I was in school. It’s not Teresa May and Hilary Clinton who excite me when it comes to women in leadership. 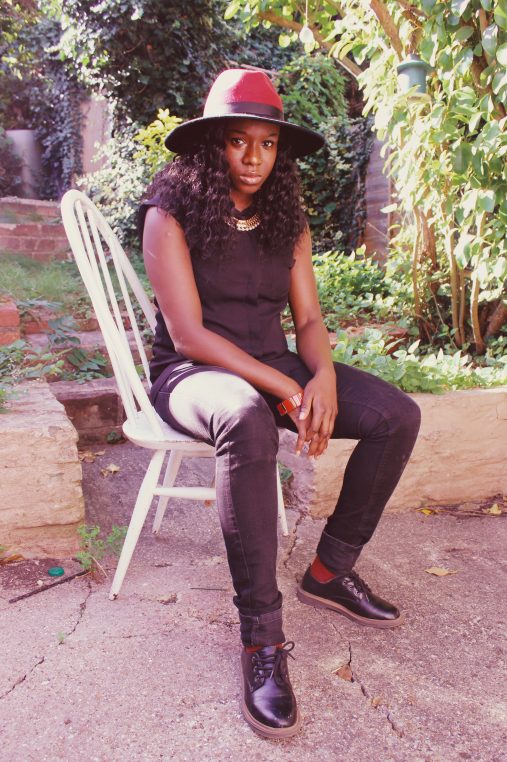 There was once a time when we were told hip-hop and Grime was a niche genre. Now it’s the pop culture of this generation. How do you feel about the takeover?

I feel that the roots of those genres are not being respected and are being pushed to the background. This is a historical problem with music of black origin. A 15-year-old boy in my class asked me “How come a lot of rappers are black” and he was not being rude or funny, he was so confused. He had no I idea about its origins though, the style is all he mimicked.

‎Who is your top male and female MC and why? Quote your fave verse from their work.

Lauryn Hill is my favorite female MC because she goes beyond the music. Her flow, delivery and passion represent Hip Hop to me! It’s hard to choose a favorite song or line but one of my stand out tracks is “Mystery Of Iniquity”. Another is “Lost Ones”:

“Wisdom is better than silver and gold,
I was hopeless, now I’m on hope road”

It’s also hard to choose a favorite male MC too but I love Rakim and Talib Kweli l. One from him is his remake of Nina Simone’s “For Women”:

“I ain’t got time to lie, my life has been much too rough,
Still running with bare feet, I ain’t got nothin’ but my soul,
Freedom is the ultimate goal”

What makes you stand out and unique as a music act and why should people get to know your work?

I make heartfelt Hip Hop and tell the story of many lives through my own experiences. I use rap and melodies together to create a picture. My approach is not necessarily unique but I am unique as an individual and once I infuse the experiences of my journey, it creates a stand-alone piece of artistry. 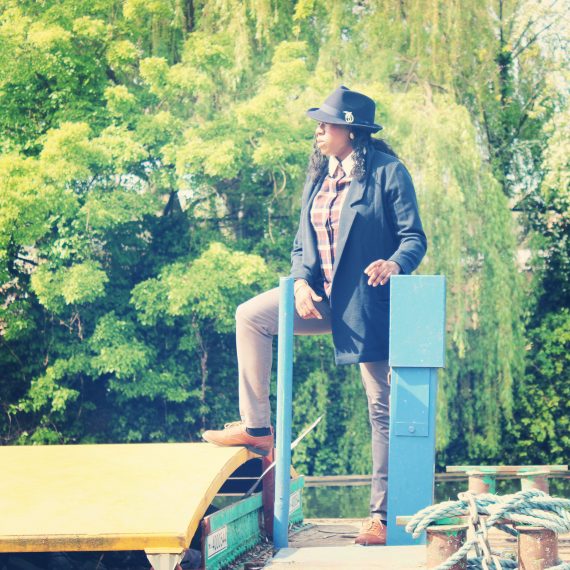 How do you represent being British?

Being a first generation Sierra Leonean means I get to enjoy both sides of my upbringing. I grew up in Stepney engaging with many cultures that I love and respect. Celebrating this is how I represent being British.

What else are you passionate about other than music?

I am really passionate about working in education and guiding young people aspirationally to use their many talents. I’m passionate about God, social issues, and history and standing up against injustice. I also love sport and used you to play for Arsenal Ladies and Tottenham ladies back in the day. I love all types of art whether it is dancing, photography, theatre, painting (although never ask me to paint). I try to incorporate all of these things into my music and hopefully you hear this in the album.

Name some of your past collaborations?

What is your most enjoyable collaboration to date?

My favourite collaboration has to be a track I did a while back with Flying Lotus, Oddisee and Phonte Coleman called “The Perch”. I love the way it happened so organically. Big up to Red Bull Music Academy for bringing us together.

Who have learned from most in your career?

I have learned from so many people but Rashad Ringo Smith (Biggie, Lauryn Hill, Busta Rhymes) has definitely taught a lot about music. He introduced me to some big names in New York and being around him always felt like a giant music lesson.

What has been your proudest achievement?

I have many proud moments and being invited to Atlanta to perform with Arrested Development is one of them. Performing at Glastonbury is also another one but the proudest achievement of all has to be setting up my own independent label “Pinch Of Salt” and releasing an album in Japan through it. Being out there to do music was an amazing experience.