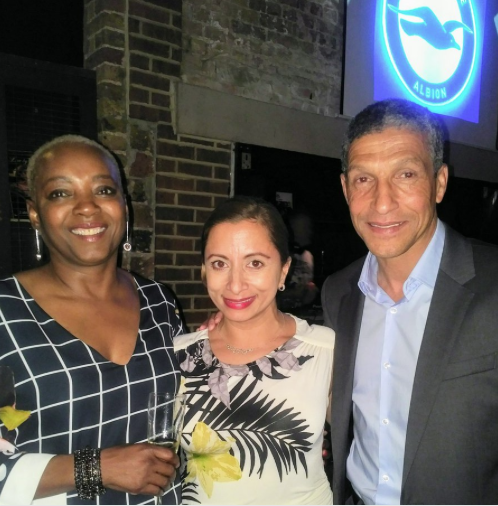 JASMINE WITH FOOTBALL INDUSTRY PLAYER, NOW MANAGER AND LEGEND – CHRIS HUGHTON AND HIS WIFE CHERYL AT HIS SURPRISE CELEBRATION IN WEST LONDON.

Last night the great and the good came out to celebrate a man thats broken down barriers in the British football industry. Chris Hughton – an Irish former professional footballer and current manager of Brighton & Hove Albion, who has achieved above and beyond in the ruthless world of football as a black man.
The venue was Soul Store West in Kilburn High Rd, which was the perfect location as aside from football, Chris loves his music and so the night was called ‘The Soul Of The Game’.

In 1979, Mr Hughton became the first mixed race player to represent the Republic of Ireland national team and has a tumultuous career since then, negotiating a perilous path that many at his surprise celebration last night recognised. 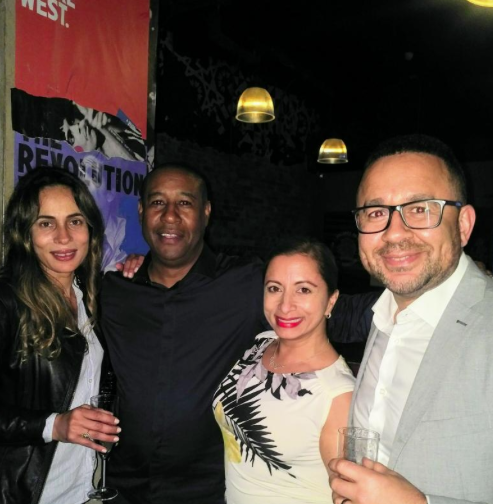 After making his professional debut aged 20, Hughton spent most of his playing career with Tottenham Hotspur as a left back, leaving in 1990 after 13 years. After relatively brief spells with West Ham United and Brentford, Hughton retired from playing in 1993 at age 34.

People celebrating his efforts at the SOUL STORE WEST in Kilburn High Rd included Valerie Amos, Michelle Mathers, numerous present and former footballers like Ossie Aediles, young sports journalists like Channel 4 News’ Jordan….BBC’s Jeanette Kwakye, DJ’s Trevor Nelson and DJ Spoony and the legend Jazzie B OBE. The night was supported by the KICK IT OUT organisation that aims to make racism and discrimination in football a thing of the past. 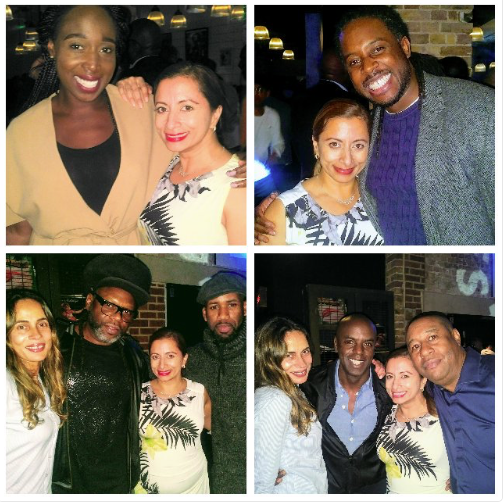 All anyone could talk about was Mr Hughtons incredible journey. (I know zero about football so it was an enlightening evening for me!).
I was told that from 1993 to 2007, Chris Hughton served as coach and then assistant manager for Tottenham. He joined Newcastle United as first team coach in 2008, and, following their relegation, became caretaker manager. He led Newcastle back to the Premier League in his first season in charge, along the way breaking a number of records and securing the permanent managerial position. 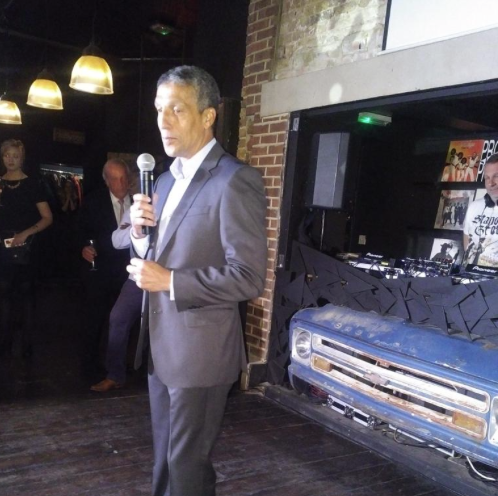 A VERY HUMBLE AND SURPRISED CHRIS HUGHTON MAKES INELEGANT SPEECH ABOUT HIS CAREER AND DIVERSITY IN FOOTBALL.

Controversially, he was sacked as manager by Mike Ashley the following December, with his side 12th in the table. Hughton managed Birmingham City for a single season, leading them to fourth place in the league, before joining Norwich City in June 2012. Norwich sacked Hughton in April 2014.

It’s interesting that a black man is more likely to play football for England’s national team than ever hold a senior position in the music industry. Whilst there are hundreds of BAME footballers playing for clubs all across the UK , its still just Chris Hughton who is currently a team manager. Whats that about? 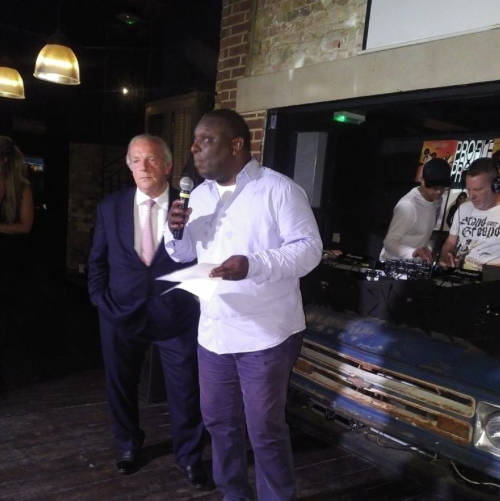 FORMER FOOTBALL PLAYER AND BROADCASTER GARTH CROOKS INTRODUCES AND SPEAKS ABOUT THE LEGACY OF CHRIS HUGHTON.

However, as we know, a tenacious winner never stops pushing through whatever the obstacles. Following his departure from Norwich, Hughton became manager of Brighton & Hove Albion midway through the 2014–15 Championship season, securing the club’s safety within the division.

In the following 2015–16 season, Hughton guided Brighton to an impressive third-placed finish, narrowly missing out on promotion to the Premier League through an inferior goal difference of two goals. 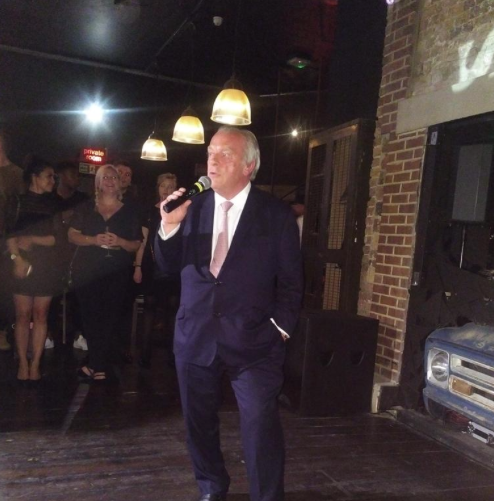 In the following season, Hughton guided Brighton to promotion to the Premier League and to the club’s first season in the top flight of English football since 1983.

On 18 May 2016, Hughton signed a new four-year contract which will run until June 2020! A huge deal and stand-out moment in the football industry. Last night diversity in football organisation Kick It Out supported the evening where guests feasted on chicken, ribs, burgers, fish and flutes of champagne kept flowing.

The man responsible for ALL this…Chris Hughton – salute!