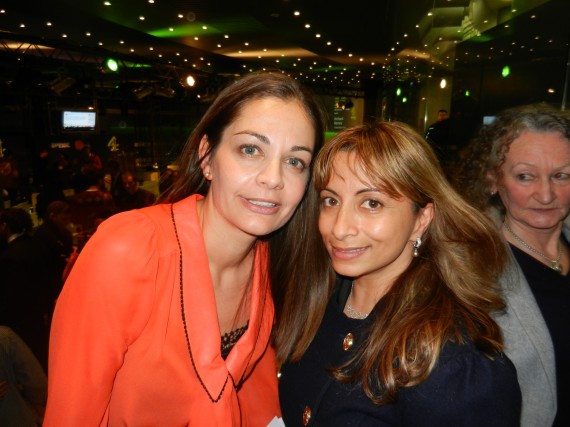 JASMINE WITH INDEPENDENT MAYORAL CANDIDATE SIOBHAN BENITA (does Green Party’s Jenny Jones look peeved that Siobhan got the most youth applause?).
Last night I attended peoples question time alongside Boris Johnson at Hammersmith Town Hall, the night before I caught an amazing new film made by youth after last summers riots –it was shown at Somerset House and called ‘’ Riot from Wrong’’. Tonight ,music man and man about town-Freddie Kruga has invited me to see the industry viewing of his debut film BLUD at the very prestigious BAFTA- before which I will scoot in and out of a very fashionista event at the Herve Leger Knightsbridge store which was held in honour of International Women’s Day –March 8th- what a week of diverse fabulosity!
On a weeknight hundreds of young people made their way down to channel 4 headquarters in St James to take part in an event called ‘’UpRise’’. UpRise was an event put on by the UpRise team, who used to put on the annual UpRise anti-racism festival in an East London park for years before it’s funding was cut. Not to be outdone the team now continues making positive moves with one off events that empower different sets of people in various communities. This one was about our cities youth. All the mayoral candidates had been invited to sit on a panel and talk to youth about their policies, as may 3rd and Election Day draws ever closer for the mayors London seat. Originally Ken Livingstone had confirmed to attend and then at the last minute pulled out ‘’ as Boris wasn’t coming’’. Both Boris and Ken sent their deputies which didn’t go down well with all attending and the youth heckled and booed the stand in’s that could barely answer any youth related question. at one point my LONDON360 reporter Maleena Pone asked ‘’can you all name 3 youth organisations that you regularly work with and talk about them?’’. Do you know that Boris’ stand in Richard Barnes said ‘’ah come and see me at city hall tomorrow and I’ll tell you’’? WTF!? What a plonker!. As one attendee yelled ‘’why should we speak to the monkeys-when we want the organ grinder!’’ 10 young people from a variety of London youth orgs were asked to ask the candidates specific questions. The 10 were from LONDON360, MEDIA TRUST, REPREZENT RADIO, SOLA, BSIX 6TH FORM COLLEGE, ELEVATION NETWORKS, LIVES NOT KNIVES, FYI, HYPE, 2 FINGERS TO VIOLENCE. Each asked their questions and then bizarrely, hosts Bonnie Greer and a very pregnant Konnie Huq asked theirs without the panel ever answering the youth!? The audience was perplexed and angry and the debate became heated. Bonnie wasn’t asking anything that interested the attending youth and before you knew it the event was over much to the frustration of the young people and myself. One great thing though was that independent candidate Siobhan Benita won the youths hearts by her heartfelt, very natural clearly youth engaged speeches. it was disgusting that Boris and Ken didn’t think enough of London’s youth to bother attending-apparently according to their stand in’s it’s a 2 horse race and they aren’t bothered with neither the other candidates or the youths opinions. With the urban youth of this country we have managed to change our music scene around to dominate our charts-do you think we could do this with politics and show government they cant continue to ignore the youth vote? It’s a vicious circle…the politicians don’t canvas or cater to youth cos youth don’t use their vote, youth don’t use their vote cos they think they have no power and cant make a difference, youth don’t vote so local boroughs have no record of the correct number of youth in their borough therefore cutting youth focused costs, youth have no resources in their local area and so move to frustration and say no one cares about them, youth cant get mortgages, car insurance and a multitude of other things as they now have no credit rating as they’re not registered..……election day is may 3rd-will London’s youth prove that government must now listen to them? Lets see. 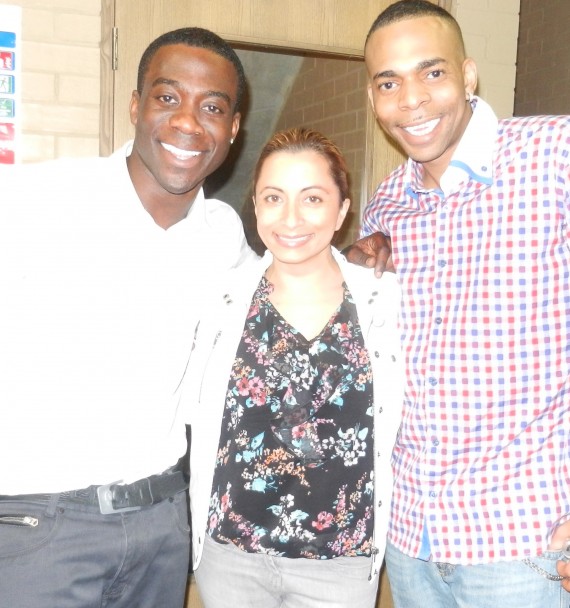 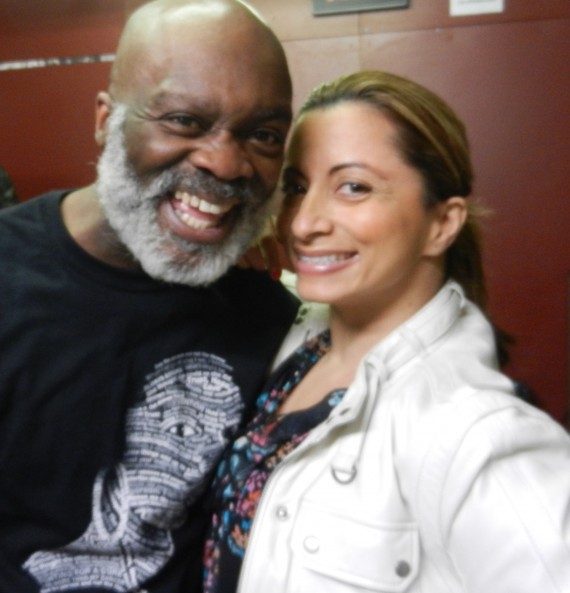 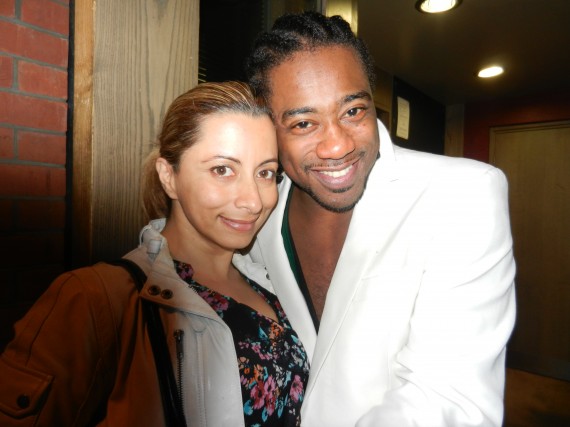 JASMINE WITH KAT BOYCE (MTV BASE/ CHOICEFM/ A THEATRE NEAR YOU! LOL!)

Saturday night wild horses couldn’t have dragged me away from Hackney Empire where Gee-Stor Productions were putting on what was described as urban comedians all discussing one common theme-the sex factor! I invited the whole LONDON360 reporting team and we all made a group night of it! I knew this wasn’t one to be missed!. Hosted by my old dance partner, MTV Base presenter and friend Kat Boyce the show did not disappoint. As expected the theatre was full from the stalls to the upper circle and comics like Kane Brown, Kevin J, Glenda Jackson and my favorite comic-Slim!. Each set from the comics was side splittingly hilarious, especially when at different intervals the ladies would be laughing raucously at their men and vica versa as the comedians spoke of every day stories and situations regards sex that we could all relate to. Every few seconds me and my better half would slap each other knowingly or cut an evil eye at one another in amusement. Kat is an absolutely natural as a host and the crowd clearly adore him-he should have his own TV show!. A GREAT MOMENT WAS WHEN BBC RADIO LONDON PRESENTER EDDIE NESTOR PERFORMED HIS ACT AS ‘’MR DOMINICA’’-AN ACT I NEVER KNEW EXISTED AND WAS JAW DROPPINGLY CRAZY-FUNNY-MAD!. He mimicked an elderly Dominican gent with all the Dominican isms like ‘’sallop and doo-doo’’ and hosted a version of blind date where a lovely lady had to choose a gent from a panel of 3. The visual antics of watching these 3 totally up for it contestants had to be seen to be believed! Gyrating hips attempting to whack tennis balls hanging from string, dancing and…. wait for it…. pole dancing!. When I first read that pole dancing was on the bill like any prude like straight backed decent lady I was dismissive but it was included in a fantastic way! An extremely lithe bodied dancer demonstrated 3 moves that the males had to copy to see how strong they were-it was visual comedy heaven! Kat ran onstage in a male shorts unitard and had the ladies in the crowd fainting, wolf whistling and all sorts! A great show with so many unique moments-well worth the money!