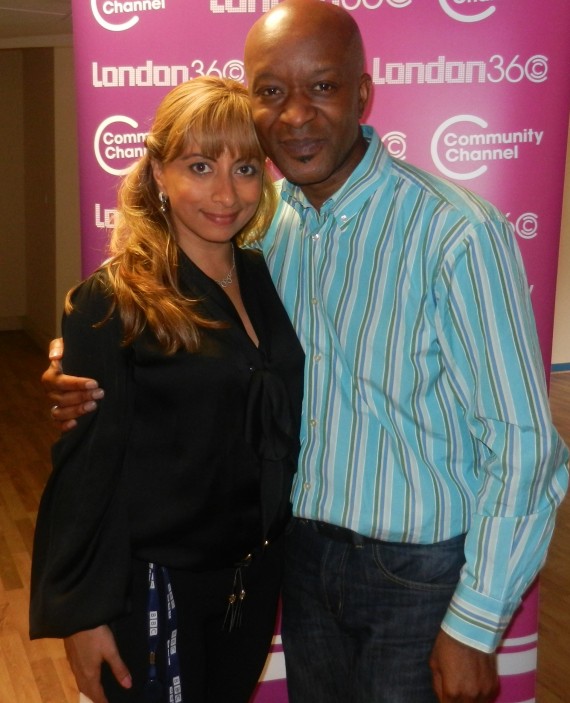 JASMINE WITH THE VOICE NEWSPAPER’S SPORTS EDITOR RODNEY HNDS!
Big up THE VOICE staff and its vast number of supporters this fortnight on having the balls to speak up and campaign for something you believe in. THE VOICE not being accredited for the Olympics made mainstream radio and print press news with an array of power players and celebs supporting the cause until the committee did an about turn and gave the paper access! Sports editor Rodney Hinds was quoted and speaking on every radio and newspaper I picked up on! A great day for the paper and proof that action can make change! That’s people powered change!

LONDON MAYORAL CANDIDATE Siobhan Benita said ‘’I’m delighted that they’ve got accreditation, you know when we pitched for the games one of the bit things we sold it on was the multiculturalism of London, and the fact that the UK’s biggest black newspaper didn’t get that immediately was just crazy’’. 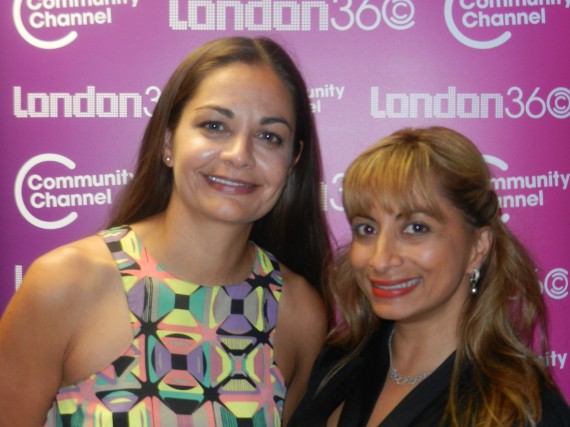 JASMINE WITH FORMER MAYORAL CANDIDATE SIOBHAN BENITA.
RAPPER/ ACTIVIST, TY stated ‘’, if you look at the skin color of most of the athletes working for team GB, a lot of them are white, or Asian, or Black. Now this is the top newspaper that covers sport, every week. For me to have a committee overlook the voice based on only their paperwork just again shows the distance from the authorities to the actual people, but it also highlights an issue, particular media groups do not understand the power of particular cultural groups and their involvement in their organizations and that needs to improve- I’m team GB and Ghana all the way!’’ 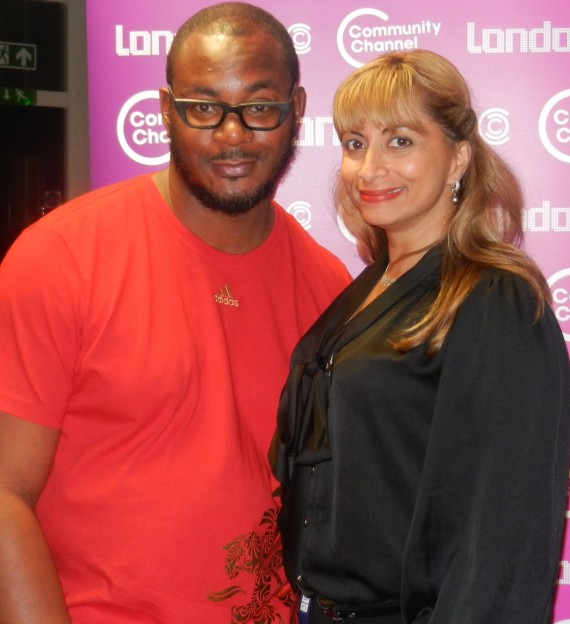 JASMINE WITH RAPPER AND ACTIVIST TY.

TV MAGICIAN Dynamo spoke ‘’ there shouldn’t be any restrictions on who can cover it, because there’s gonna be all, you know, all races, all careers, you know, its about putting all those hoops together.

SINGER / MOTHER Shola Ama enthused ‘’ I really wish the whole thing hadn’t happened and there didn’t have to be a petition signed and that it wasn’t an issue in the first place’’. 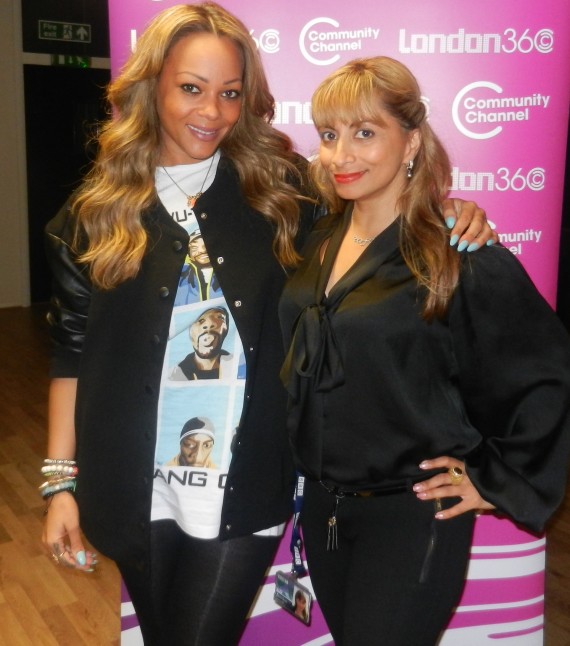 BBC RADIO BROADCASTER Eddie Nestor ‘’actually if you look at it and say there are actually no newspapers in this country like the voice newspaper doing what it does, representing people in the way that it does and for them not whilst they live and work in London to be accredited for a games that takes place in London I think the former minister Tessa Jowell and the major of London and a whole host of people were absolutely right, you need to fix up and look sharp. And I am happy that it’s been changed. I’ll be rooting for team GB and of course my homeland Dominca’’. 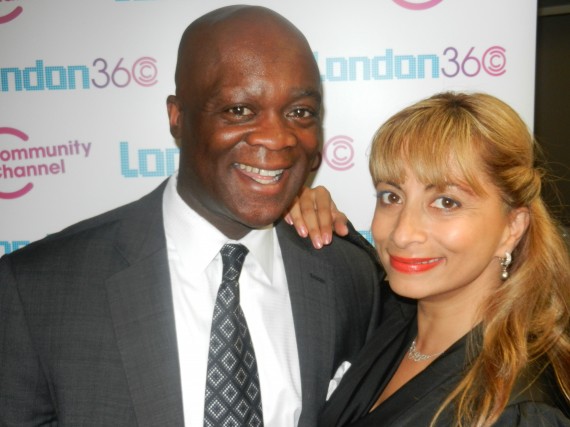 RAPPER / ACTIVIST Rodney P ‘’As a young guy in England growing up the voice has always been a part of my life and when I heard that they had been rejected I found it unbelievable especially because it represents such a large part of the black community and black sportsmen within the UK and globally. When it comes to supporting teams I’m TEAM JAMAICA!’’ 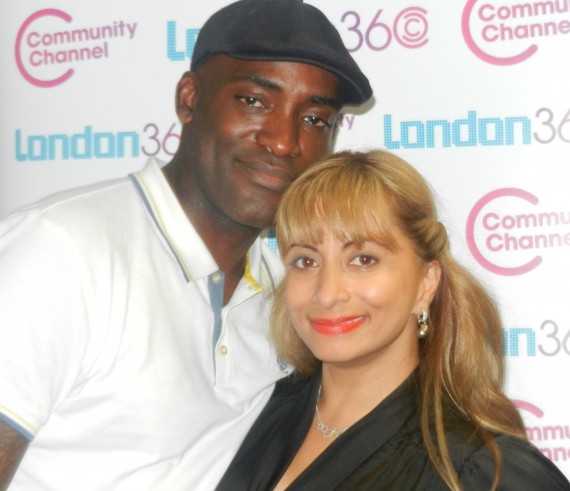 And from that moment on Jamaica has been front and centre everywhere I have looked! I have had invitations for the Jamaica village at the 02 arena, invitations for PUMAS Jamaica celebrations at Brick Lane, OHTV called and asked me to pop into their studios to talk about my top 5 iconic Jamaicans. I didn’t want to name the obvious choices like Bob Marley that the world is already more than aware of so I went for the following.

American statesman and a retired four-star general in the United States Army Colin Powell. Not well known for having Jamaican heritage, he was the 65th United States Secretary of State, serving under President George W. Bush from 2001 to 2005 and the first African American to serve in that position.
Born on April 5, 1937[6] in Harlem, to Jamaican immigrant parents Maud and Luther, Colin must have had to deal with a lot of BS and misconceptions as a man of colour in a very otherwise white male world and for that tenacity and leadership I salute him-a Jamaican descendent of great strength!.

Next on my list is Clive Campbell known to the hip hop world as DJ Kool Herc who is a Jamaican-born DJ who is credited with originating hip hop music, in The Bronx, New York City. Using the same two-turntable set-up of disco DJs, Campbell’s style led to the use of two copies of the same record to elongate the break. This breakbeat DJing, using hard funk, rock, and records with Latin percussion, formed the basis of hip-hop music. While growing up, he saw and heard the sound systems of neighborhood parties called dancehalls, and the accompanying speech of their DJs, known as toasting
The “b-boys” and “b-girls” were the dancers to Herc’s breaks, who were described as “breaking”. The obvious connection is to the breakbeat, but Herc has noted that “breaking” was also street slang of the time meaning “getting excited”, “acting energetically” or “causing a disturbance”.Herc’s terms “b-boy”, “b-girl” and “breaking” became part of the lexicon of hip-hop culture even before that culture itself had a name.
Campbell’s announcements and exhortations to dancers helped lead to the syncopated rhymed spoken accompaniment now known as rapping. He called his dancers “break-boys” and “break-girls”, or simply b-boys and b-girls. Campbell’s DJ style was quickly taken up by figures such as Afrika Bambaataa and Grandmaster Flash. Unlike them, he never made the move into commercially recorded hip-hop in its earliest years but without him the music world genre of hip hop today would have been a very different sounding place-so DJ Kool Herc, for bringing the Jamaican style of toasting to NYC I salute you!.

The first lady on my list is Supermodel-Naomi Campbell – one of the top 3 most recognisable models in 80’s/ 90’s, who was and remains Iconic in a time where black women weren’t at the pinnacle of the modelling and fashion world. Knowing what I know now about the present day entertainment industry, I know Naomi would’ve had hideous politics to contend with including daily stereotypes and racism, which continue to be dominant in her industry. When faced with discrimination by D&G her fellow supermodels said if u don’t use Naomi u don’t get us. She often in interviews tries to balance the world’s perception of Jamaican women as not just being strong and tough but also soft and feminine.
Interestingly, even though she’s of ja descent she has Chinese Jamaican ancestry via her grandmother who’s family surname was Ming! Today she’s an activist and trailblazer who’s appeared in music videos by Michael Jackson, and Madonna’s infamous sex book. A true lady whose ancestral survivor sprit carry’s her through daily business with ease-Naomi definitely deserves recognition!

Another strong yet graceful lady on my list is none other than the often emulated never duplicated Jamaican singer actress and model Grace Jones. Born in Spanish town, JA, she was a muse to artist Andy Warhol and dominated the pop charts across the world in an era when black stars weren’t openly accepted in the mainstream music world. The hoops she would have had to jump through negotiating record deals with some of the biggest record labels in the world cant compare to the hula hoping she impressed us with recently at the queens jubilee bash at Buckingham place! she’s still an icon at 60 years of age and old and young admire her as seen myself at MTV AWARDS where younger superstars were gagging to meet her – this lady epitomises Jamaican class, music, fashion, style, sophistication and attitude like no other.

My final honourable Jamaican is boxing legend Lennox Lewis who was born in Westham London to ja parents. Lennox fought mike Tyson and beat him, George Foreman declared, “He is, no doubt, the best heavyweight of all time. What he’s done clearly puts him on top of the heap’’. Every time I have ever had the pleasure of working alongside him, Lennox has been humble, not braggadocious, quietly confident representing Britain like the champ that he is.

Clearly this column could go on forever but I wanted to give a few honourable mentions to the following Jamaicans born or descended from the great island. Levi Roots, Shaggy, Sean Paul, John Holt, Jimmy Cliff, The Notorious big-Biggie was the only child of a Jamaican preschool teacher and a welder and small-time Jamaican politician and is described as “the saviour of East Coast hip-hop”. The greatest rapper of all time. Toots” Hibbert -leader of the reggae band Toots & the Maytals. Norman Manley-the father of ja independence and first premier. Chris Blackwell-music industry legend. Patrick Ewing basketball player-Jamaican-American retired Hall of Fame basketball player – named as the 16th greatest college player of all time by ESPN. Queen Nanny -Jamaican National Hero, was a well-known leader of the Jamaican Maroons in the eighteenth century.

Its clear that the island of Jamaica has had a tremendous impact on the planets culture and Jamaicans have a presence in every walk of life from politics, fashion, sport, music and more. As importers of goods and style setters in fashion, as starters of all the popular dances and inventors of much of the slanguage British kids use in everyday talk it reaches far and wide. Now to take it forwards in the next 50 years and show things can only get bigger and better.