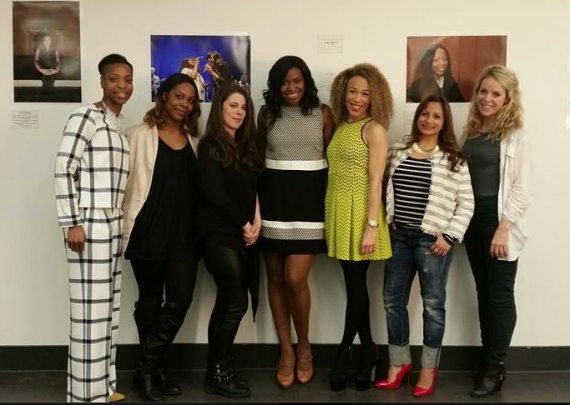 I was invited to be on the panel at a women’s inspiration day panel titled POWER PLAYERS at campus London.

The free event was sold out and saw a diverse audience of students, graduates, young entrepreneurs, music artists and managers, business owners and career professionals from the media, music and tech industries. 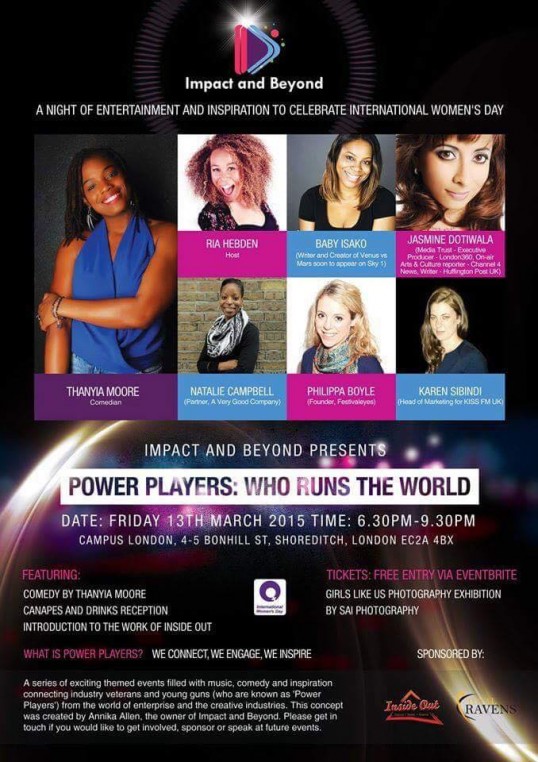 The event hosted by Impact and Beyond’s was to celebrate International Woman’s Day and promised ‘’We connect, we engage, we inspire’’ and I think they did.
Before the panel comedienne Thanyia Moore had us rolling with laughter at her very politically incorrect jokes. I tried to catch my chortles and sniggers before they left my mouth in case it was not seemly that I laugh at some of the more riske lines about diversity but then thought its comedy, lets relax! It was great to see a young female with uber risky well thought out and timed lyrics, I can see her going far.

After the comedy and welcome intro by Impact and Beyonds Annika Allen, the main part of the night kicked off and was hosted by BBC presenter Ria Hebden. Joining me on the panel were Karen Sibindi, (Head of Marketing at KISSFM UK), Natalie Campbell, Partner in A Very Good Company, Baby Isako, Writer and Creator of Venus vs Mars soon to appear on Sky 1 and Philippa Boyle, Founder, Festivaleyes.

The chat was dynamic and engaging and saw us all discuss the successes, challenges and dreams from our vast swath of experience. I’d like to think I was one of the so called ‘’female young guns’’ but alas feel I may have been one of the ‘’veterans from the tech, music and media industry’’.

When the panel was opened up for audience questions, one of the few men that had snuck in caused a rumpus when he asked us whether we felt religion had any role to play in equality and whether the Bible was empowering or suppressing to the female cause. Well let me tell you, it kicked off lol!

Much knowledge was shared and the feeling of euphoria and positivity in the room at the end was high. In fact, so high that I won three prizes in the breast cancer raffle!

Straight afterwards I popped 5 minutes up the road to pizza express with one of my industry brothers – photographer and visionary Richard Pascoe- to polish off a lasagna and then rush into the ladies loo to slip into a dress and heels (took me 3 minutes maximum) for Wretch32 birthday party which was just next door at Club 10.

Wretch’s birthday party was a fun; feel good evening that was obviously a lot more private than previous years when all celebs and sundry were fighting to get an invite. 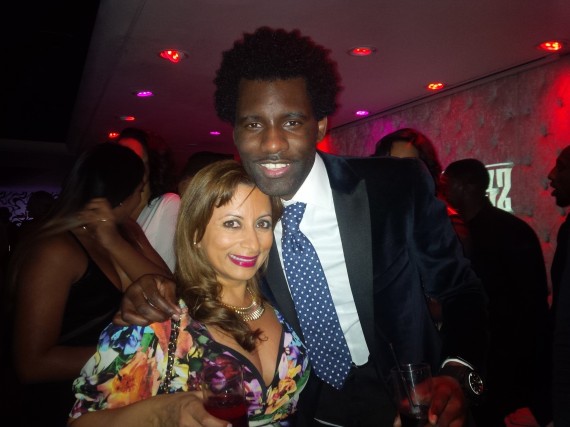 The turn out was smart and sophisticated as requested on his invitation and his nearest and dearest were all in attendance. I spotted fellow music names like Terri Walker (who was rocking a really sexy ,long revealing dress), Giggs (who had a royal moment as the dj threw down his track and the party jumped off), Princess Nyah (who was looking bootylicious in her skintight white number), Shola Ama, Sadie Ama, Scorcher, Young spray and more. 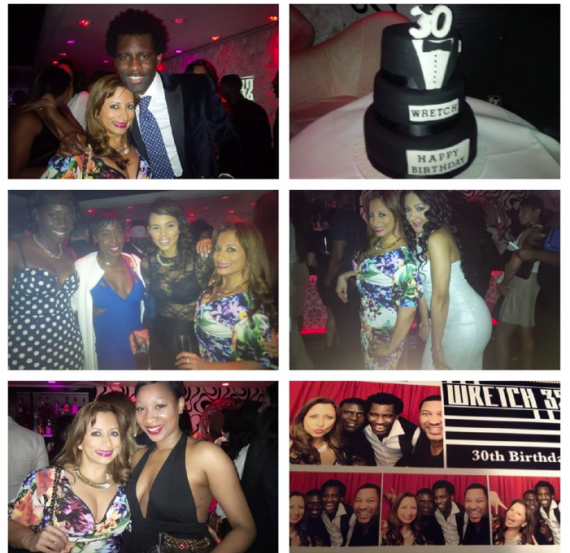 OLYMPIC ATHLETES, SUPERMODELS AND SINGERS CAME OUT TO CELEBRATE WRETCH GOING FROM 32 TO 30. 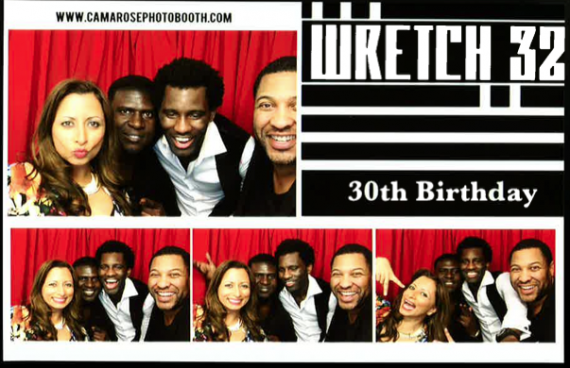 The party was full of very glamorous looking ladies and very happy gents. The cake was typically classic in Wretch style, a black and white top hat. Dj Manny Norte had the dance floor working, the photo booth had us pulling silly faces and all in all it was a great night when Wretch went from 32 to 30!