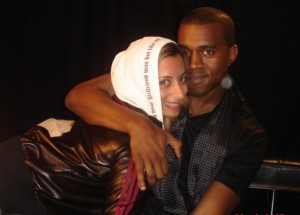 It’s just a few days until this years MOBO Awards and hair salons are over whelmed with demand for appointments, beauty clinics have run out of wax, nail parlours are heaving with last minute requests and designers are being wooed for fabulous garms just hours before the big night. And this is just for myself and MOBO Awards CEO Kanya King!. Only kidding folks but honestly its all go-go-go up at MOBO towers!.
When I’m not at ITV towers editing my new music special ONE NIGHT STAND, I’m legging it up to the MOBO office to work on last minute plans for this years show.
So far-it’s looking to be a stone groove, sure-fire winner.
Alesha Dixon and Reggie Yates are hosting together, N Dubz, JLS, Professor Green and many other names you’d expect will be performing. I on the other hand have been just as entertained by the pre-show behind the scenes antics as I will be by the show. In fact-maybe perhaps even more so!. I have all the UK and international acts riders. Oh if only I could reveal the details and hadn’t signed that confidentiality agreement!
Certain acts have demanded the biggest dressing rooms, one act has demanded nearly 40 international flights for their entourage, one urban celeb couple cant bear to be apart for the evening so one half of the couple is performing whilst the other is presenting an award! It’s all very amusing. Showbiz. You gotta love it!.
On the night there are going to be cocktails named after the artists. I’m thinking perhaps a Tinie Tempini, a JLS Julep, a long slow Stryder, a Dubmopolitan, a black urban, a white lady, a Cruz colada, or maybe even a Diva Dotiwala!
2 acts are flying into Liverpool in the last 24 hours, which is worrying-I wonder if they’ll make it? It only takes one international connection to be late and that’s a whole performance up the creek!
Last year at the MOBO Awards in Glasgow all the traffic lights in town were switched to green for speedy arrival of guests and no traffic. Not sure if the city of Liverpool are doing the same this year. To ensure punctual arrival I might jet up the Mersey River myself by speedboat-that might be a sure-fire way of avoiding the crazy road block traffic that will be present. Especially if JLS pull a stunt like last year and all arrive in one formula 1 style car each up to the red carpet causing mayhem.
I love that the show starts at 10 past 8 on October 20th 2010. So that’s 20.10, 20.10. 20.10. A date not to be forgotten on its 15th year anniversary!
I can’t wait to see the cream of our scene on the night. The excitement backstage will be pandemonium and I need to sort out a frock ASAP!.

Boris Johnson held a black history month soiree at City Hall where around 120 of us were invited and the evening was to highlight the amazing achievements of Africa and Africans globally were highlighted. Except it was a bit flat. There was no smell of African food, no sign of African décor or art, no sound of African music or drumming, nothing that portrayed love of all things African had gone into consideration when planning the evening. The presentation was followed by a lively Q&A session but ultimately although the event planners meant well in putting this night on it lacked spirit and was a little flat.

Next Roc Nation royalty Rihanna and Kanye West flew into town to play their new albums to us. RiRi held her function at uber trendy bar Sketch in Conduit Street whilst Kanye of course upped the ante by throwing a viewing of his new film ‘’Runaway’’ at-BAFTA- of course!.
Rihanna’s soiree was full by 7pm –doors opened at 6.30pm, she was expectedly late and arrived around 8.30pm. Waiting staff were passing around trays of mini burgers and hot dogs as well as drinks galore. There may be a recession but Universal Music isn’t feeling it!  Looking uber tall like the Amazonian warrior she is in heels, short dress and bright red most recent beehive hair style she looked striking. The evening was attended by a very un-urban crowd, probably cos Rihanna now transcends genres and is a straight pop star. The session was hosted by CapitalFM radio DJ and showbiz reporter Kevin Hughes AKA the pop prince who made her feel at ease and smoothly went from track to track whilst interviewing her onstage. The new music sounds like typical Rihanna hits, a few up tempos, a couple of ballads, a few collaborations with Drake and others. The blueprint for her hits hasn’t changed and why should it. You know what they say ‘’if it ain’t broke….’’. The songs were played with a casual format interview in between Kevin and  Rihanna and once the 5 tracks were played for us the Q&A session was opened up to the floor. Some journo’s questions are so cringe-some and inappropriate I wonder whether they really just want a 2-minute attention session as opposed to asking an interesting question. Luckily for them Rihanna is most dignified and answers her questions with grace unlike her label mate Kanye West who would usually shoot down a wack question just with a withering look.

The following evening Kanye’s night was a late one at BAFTA in Piccadilly where a very cool guest list of industry movers and shakers were in attendance. Everyone attended to view Kanye’s 45 minute long film titled ‘’Runaway’’. Not many artists could get a packed room out this late on a school night and it showed how much the industry respects and values Kanye. We were ushered up to a champagne reception where I mingled with Universal Music big wigs Matt Voss and Helena McGeough as well as Kanye’s right hand man Mr Don C, boxer David Haye (in his trademark woolly beenie hat) and reality show star Alexandra Burke (in very pip Chrissy Lou spiked boots!). The night began late – 10.45pm. Kanye bounded onstage with no introduction and introduced the movie with a long monologue about his inspiration for the work being his dreams, his early days at art and fashion school, and his desire to clash all 3 art genres. I loved the fact that he’s so relaxed, confident and real and after chatting casually to the audience he requested the technician press play on the movie. As the film started he sat just behind me with his mates who included Mr Hudson and announced to all ‘’ its still rough!’’. We all laughed. The film started and the first couple of seconds didn’t play the music so he demanded ‘’sound!’’. Immediately there was sound. We all laughed.
I wanted to discuss parts during the film with my mate but with Mr West sat right behind me I was paranoid he would shout and point me out so I sat like an obedient school kid. The movie was half narrative, half abstract and seemed to hold a deep message about different kinds of people, worlds and judgements. It see’s Kanye partnered up romantically with a ‘’bird lady’’ and how the outside publics remarks affect him and his happiness. If I’m honest, I felt a little nervous that I’d misinterpret it or not see the message. I am in fact known to be a movie imbecile. Post film it was nearly midnight and even though there was a mad scramble for the exit as guests attempted to catch the last train home, Kanye promised he would stay and answer all questions for the remaining guests -and he did. For nearly 2 hours! I didn’t want to be rude and leave, also I value his opinions and find him entertaining so I stayed, missed all transport home and forked out £40 for a cab home. It was a once in a lifetime moment to be able to spend so much quality time with an act as eloquent as Kanye-I hope all in the room appreciated it-it doesn’t happen often. In retrospect I think Kanye’s biggest flaw is that he wants people to understand him and always feels he needs to explain himself. He feels misunderstood. He doesn’t need to feel this way. He has more than proved himself musically as well as opening up much of the hip hop community around the world to new sounds, fashion, art and encouraging debate and thought. Kanye- you are a first class G!.