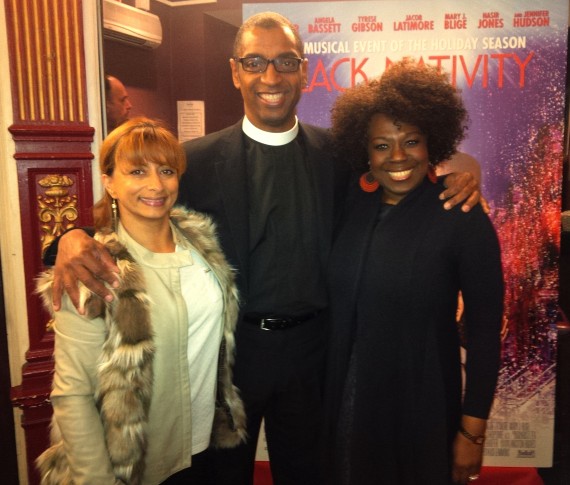 Fox Searchlight Pictures & Reverend George Hargreaves invited me to a Gala Preview of the new Hollywood musical film- Black Nativity. The film stars an all-star lineup including Jennifer Hudson, Mary j Blige, Nasir Jones, Forrest Whittaker, Angela Basset, Tyrese Gibson and more. It’s a joyous Christmas musical, told through uplifting, soulful gospel sounds and featuring a stellar line up of academy award winning stars and R&B superstars. It’s the story of Langston- a streetwise teen from Baltimore who journeys to New York to spend Christmas with his estranged grandparents. It’s a surprising and inspirational journey and along with new fiends and a little divine intervention, he discovers the true meaning of faith, healing and family.

The invitation only evening was held at the ornate Coronet Cinema in NottingHill Gate where a mini red carpet awaited our arrival. In the foyer meeting and greeting everyone was the Reverend George Hargreaves and already I could tell this was a promotional event with a difference. Not the usual press hacks or bloggers, the audience was a very different preview crowd than usual. All was soon revealed.

The reverend welcomed us all in the auditorium with a rousing welcome speech where he explains that this was a film that needed black audiences to visit the cinema and engage in the Christmas feel good spirit with its message, hence they’d invited a specially selected group of church leaders from all across the country to attend.

In the audience were a scattering of influencers and celebs including Sinitta with her gorgeous family in tow, Michael Jacksons nephews Tito Jackson’s son’s Taryll, Taj and TJ, who are better known as R&B /pop group 3T, Baroness Doreen Lawrence of Clarendon (who must’ve been in a bad mood as she refused to speak to us or take a photo in the press room!), lead singer of 80’s pop group imagination- Lee Johns, Miquel Brown (singer & actress), Pearly Gates (singer), Reverend Rose Hudson-Wilkin, chaplain to the House of Commons and the Queen, Pastor Nims Obunge, CEO of the Peace Alliance, Beverley de Gale & Orin Lewis, ACLT, Actor and singer Roger Wright, ex- Lion King, Thriller Live and ITV’s ‘Superstar’ , Ken Burton, judge on BBC 2’s eight-part series The Choir: ‘Sing While You Work’ fronted by choirmaster Gareth Malone.

After the film-which as promised was a great festive feel-good experience, we were asked to stay and mingle with drinks and food. If you’re looking for a film to watch with family and friends this Christmas this is a great option. Its out this week-December 6th- so lets show the movie houses that black entertainment movies can sell in the UK- after all, if we don’t prove that they do-then we cant complain that there is no industry here for us! 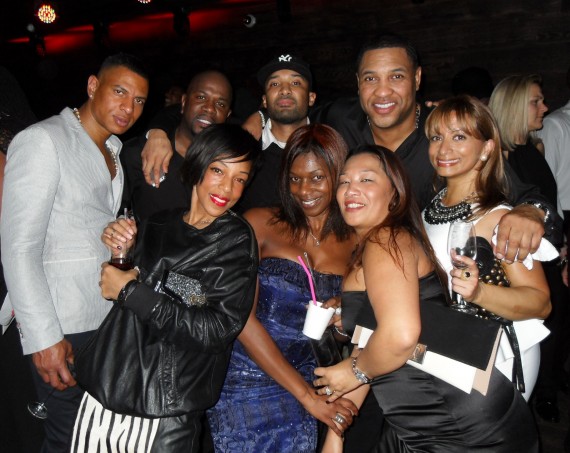 Saturday night saw 300 Londoners ‘of a certain generation’ come together to celebrate the joint birthdays of iconic DJ’s Richie P and Matt White at the new, exclusive London Edition Hotel in Berners Street. The hotel is breath taking from the moment you step up to the doors and very New York in style and décor. For a hotel so stush, their staff manners were surprisingly polite, friendly and welcoming to a crowd for an urban event. (We all know how established high end establishments can be with black music nights). Anyway the staff couldn’t have been nicer leading to a very friendly warm night from the get go.

The basement clubroom is fully sound proofed, so even whilst the eighties classics were pumping hard baselines, the guests mere metres away above us weren’t disturbed on the ground floor. The party was a roadblock with personalized cocktails for the birthday boys (a rampant Richie and wicked White). The guests danced hard until 3am and I laughed at young un- CAPITAL XTRA DJ Kojo as he was clearly having more fun than I usually see him having at those young parties that only play grime and no one knows how to dance. This party was a sweatbox from start to finish from the jumping up and down. Great night! 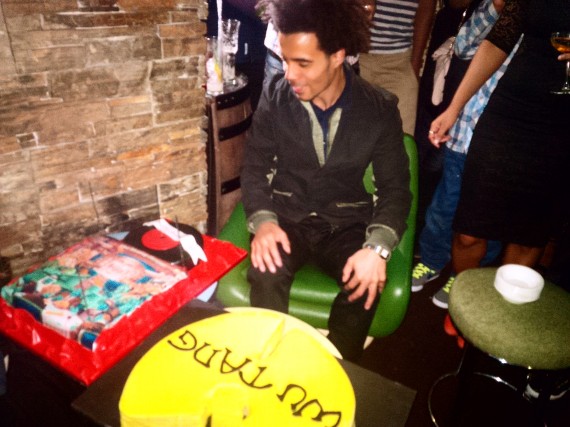 AKALA AKA KINGSLEE WITH HIS TWO BIRTHDAY CAKES.

Ended the week with a family and closed friends night for Akalas 30th birthday gathering at trailer happiness in Portobello road, west London. 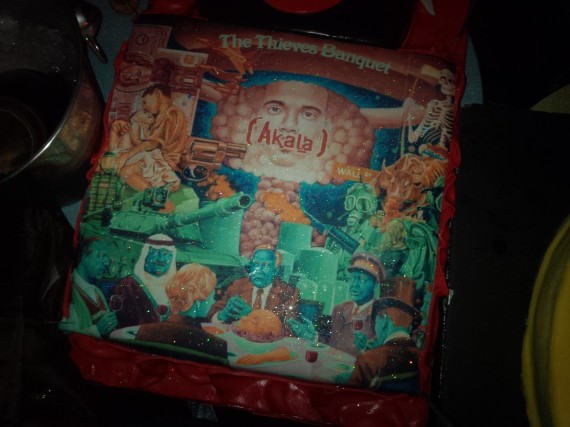 ONE OF KINGSLEES CAKES WAS HIS LATEST ALBUM COVER.

The private party was full of Kingslees (Akalas real name) nearest and dearest and it was a night full of love, laughter and positive vines just as you’d expect from this mans close circle of friends. His mother, both grandmothers and an abundance of siblings joined him in sharing the two birthday cakes his ‘’wifey’’ had lovingly organized. One cake had his latest album artwork on it, whilst the other- suggested by his cousin- was a Wu Tang cake! Kingslee was laughing as they were presented to him alongside sparklers and champagne ‘’ I refuse to cut into a Wu Tang cake!’’ 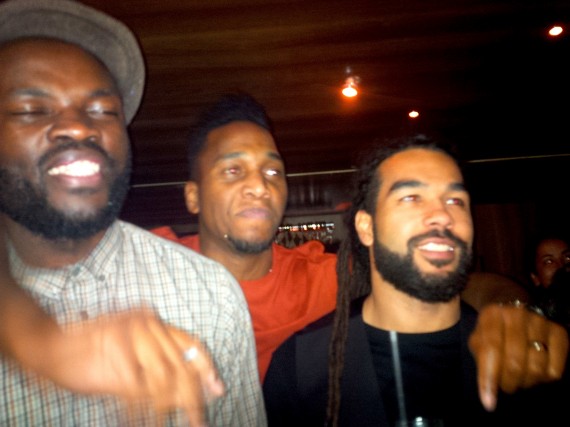 One of his best friends Justin gave a heart rendering speech about why Kingslee was an inspiration and how far he’d come in recent years. Kingslee made a lovely speech of course thanking all those attending. 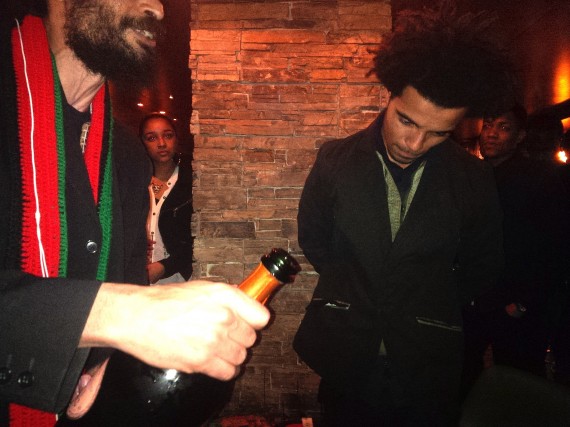 Then an amazing family friend and band member whose name is ‘Asheber toasted Kingslee’s journey and in true hip-hop style poured libations on the carpeted floor in honour of our ancestors, passing down positive lessons to the next generation and bringing us all together for such a momentous milestone in Kingslee’s life. 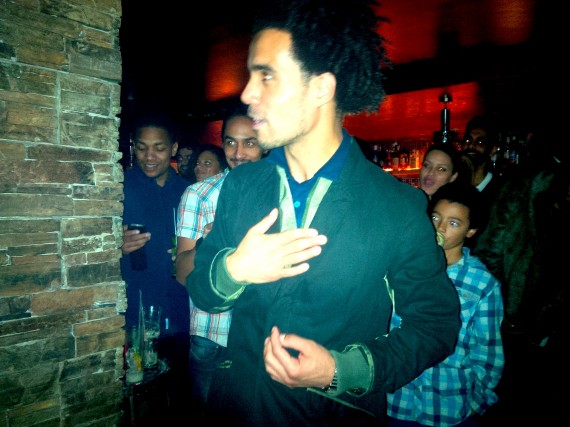 The evening was accompanied by a brilliant dj set where much old skool groove, salsa dancing and reggae was played. Kingslee had demanded ‘’the first songs to be played after my cake have to be reggae!’’ He danced happily to salsa and reggae all night as he told me ‘’I’m celebrating my birthday tonight but tomorrow I continue with my UK tour going this week to Exeter, Bristol and Cardiff 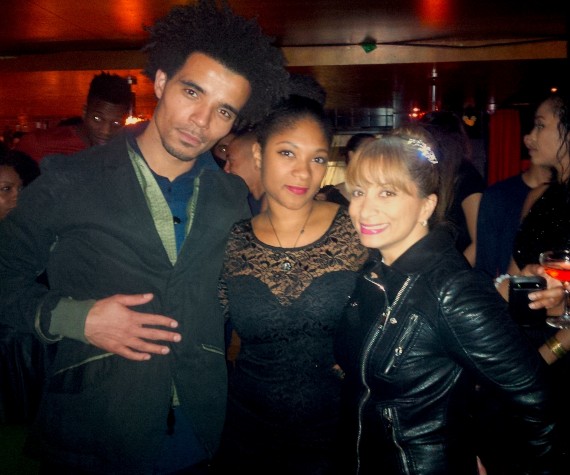 JASMINE WITH KINGSLEE AND HER FRIEND CHANELLE POST CAKE AND SPEECHES!