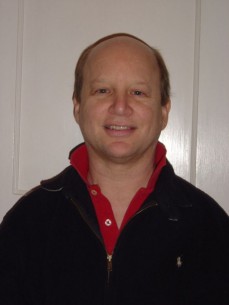 Bob Lefsetz is an American music industry analyst and critic, and author of the email newsletter and blog, the Lefsetz Letter. The newsletter has tens of thousands of subscribers

Your chops are more important than your social skills. Frequently the best musicians are near mute, they speak through their music, which brings adoring fans to them.

First learn how to play. Everything else comes next.

You can make it with other people’s songs, but it’s hard to sustain. Consider writing another club in your bag, not only does it give you more options it also makes you more attractive to labels and other investors.

A great song translates with just you and your instrument on YouTube. But if it’s someone else’s song, you’re not going to go far. We all pass around YouTube covers, but none of the acts ever stick, because imitation is the sincerest form of flattery but it’s not the way into our hearts.

Yes, if you hire name people and record in a top-notch studio your track will sound better, but ultimately it’s about the song. Slick means nothing if the song sucks.

Put your music everywhere. Starting on SoundCloud. It’s the default home of the wannabe. If you get any traction thereafter, get it on iTunes and Spotify, et al.

Comes after SoundCloud. A lyric video is good enough assuming people want to see it.

But if someone comes to your clip and the count is low it’s going to work against you, especially if you told people to go there.

You start with your friends. And try not to burn out your friendships. Seed them with material. Listen to their feedback. Don’t lean on them to spread the word, if they like your material they will. If you give it to them and two weeks go by and you’re not hearing from other people, especially those you barely know or don’t know at all, your track wasn’t good enough. Maybe good enough for you, but not good enough to make it.

Retain all the contact info of anybody who contacts you about your music. You want to know who your fans are.

Put yourself in the shoes of your fans, look at it from their perspective, not yours. You may be frustrated you’re not more successful, but that’s not their problem. Only contact people when you think they’ll be thrilled to hear from you, when they’re interested in what you’ve got.

If you’re getting positive feedback, feed information on a regular basis. If you’re seeding people and getting nothing back, the problem is you. Back to the drawing board. Yes, you may want to tell everybody they don’t get it and you’re misunderstood, that’s your prerogative, but that won’t help you make it.

Almost meaningless unless you’re already a star. Then it’s purely the cherry on top. And sundaes taste quite fine without the cherry. The problem with Twitter is most tweets go unseen. But if you notice retweets and feedback feeding the system is not a bad idea, as long as it doesn’t take your focus away from your music.

A home for looky-loos before you can afford your own URL/website. But don’t expect any virality on Facebook.

Comes last. It’s after you’ve learned how to play, practiced, written and recorded. If you put it first, you’re probably gonna be in trouble. Especially if you don’t know how to play and make mistakes. Yes, road chops are the best. But that’s assuming you’ve got somewhere to play. That’s the problem today, live music is not everywhere. Venues don’t want to pay and certainly don’t want to alienate their patrons. They’d rather spin records. So don’t beg anybody to play at their venue unless you’re going to make them money. That’s the cardinal rule. It’s your responsibility to bring people in, not theirs. Certainly if you’re completely unknown.

Having said all that, it’s not a bad idea to start out as a cover band. But use originals sparingly. And if people stop dancing and/or leave the room, pull them.

If you can get places to play, more power to you. But don’t put the cart before the horse.

It’s gonna happen slower than your wildest dreams. It’s gonna be long after your buddies have graduated from college and have careers and are starting families. If you’re not willing to risk it all and fail, music is not the business for you. And if you do fail, don’t complain, either get out or go back to the drawing board and work harder.

Your one big break is never the one you think it is, and is oftentimes a series of mini-breaks.

Are about the shows, not the talent, about advertising, not music. At first, they were such a hit surprise this wasn’t completely true, but Kelly Clarkson made it a decade ago. Contests are short cuts that usually lead nowhere. They tar your resume.

Assuming people come to see you, and like you, they’ll want to buy something from you, to evidence both their support and their identity. T-shirts are great, but make sure they’re well-designed and made with good materials, otherwise people will buy once, if that, and never again. As for CDs…this is what they’re made for, live gigs. They’re souvenirs. The music is available easily online. But personalized, signed product is not.

No act makes it without one. Don’t sign a contract if you can get away with it. If you do, give up no more than twenty percent, hopefully fifteen. And hire a MUSIC BUSINESS LAWYER to negotiate the deal, not your dad’s attorney buddy. Whatever you spend will be a pittance compared to how screwed you will be if you actually make it and have signed a bad deal. The bottom line is when you start no one good wants to manage you, and chances are you’re going to leave your initial garage manager for someone more experienced. It’s gonna cost you, remember that.

More important than a label these days. Agents work on commission, usually ten percent. And they don’t like to work for free. So if you’re not making any money, an agent isn’t gonna wanna represent you. I know it’s a conundrum. You need an agent to get work, but you can’t get an agent unless you’ve got work. Figure it out. Oftentimes it’s the drummer who both manages the band and gets gigs before professionals get involved. As to why it’s the drummer, we’re still trying to figure that out.

You might feel good you’re signed, but that don’t mean diddly-squat if it’s an indie who neither distributes nor promotes you. Give up rights commensurate with how much you’re being paid. Up front. Upon delivery. Guarantees of marketing and promotion are worthless, even if they’re in the contract. If you’re not getting any money, you want it to be a one or two album deal, with a hefty royalty rate and a return of rights upon termination of the deal or shortly thereafter.

You give to get. Your deal will be lousy unless you don’t need them. If you’re pulling in thousands of people a night and tracks are flying out of the iTunes Store the major label will cut you a good deal, otherwise they won’t. And just because you have the deal don’t expect the label to break you. The hard work is just beginning. Give them tools, i.e. music. And play nice. Otherwise the label will blackball you, they don’t need troublemakers, unless they’re guaranteed revenue makers. And major labels only want acts they can easily market and profit from, i.e. radio acts. Remember that. If you’re not one of these, a major label deal is worthless, furthermore you won’t get one.

Comes slower than you expect once you’ve got a deal. It’s all work with very little reward for a very long time. In other words, if you’re not willing to enter the Ironman competition, don’t be a musician. Just when you’ve scaled one hill, there’s a mountain range looming in the distance.

You need more than one to sustain a career.

Comes long after you think it should. Not only does the label take most of it, what you deserve isn’t rendered for eons, that’s the nature of royalties.

It goes with the territory. You’re never going to receive what you’ve earned. You just hire the best people and try to get the most you can.

Won’t be as sweet as you think it’ll be. But don’t freak out in the middle of it. Because we need neither you nor your act. Do your best to be humble and sustain. Otherwise, you’ll be replaced.

EXCEPTIONS TO THE ABOVE

Exist. But they’re rare. Do you want to bank on being the exception?