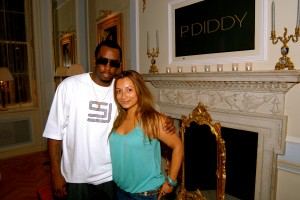 There was much ado about something when a new celebrity spa opened in Clapham right on the Common. Called Anesis and looking very swish with its slick black lacquered interiors the spa boasts London’s first fish pedicure spa. On route to the fish pedi. I wasn’t sure I wanted to get involved with the fish nibbling away at me. In fact, the mere thought of it freaked me out…issues of hygiene, bacteria, eating flesh ..bleugh. I had to restrain myself and keep it together. So it was on one wet January evening that a gaggle of paparazzi were gathered outside and as we arrived they were frantically snapping away at guests that included half of The Only Way is Essex cast, ex Atomic Kitten Liz McLarnon, Scott Henshall, Pooja Shah, Kerry Katona, Danielle Brown, Bianca Gascoigne, an ex So Solid Crew boss lady-Lisa Maffia, an ex Mis-Teeq lady -Su-Elise Nash, an ex Blue boyband member-Antony Costa …. Flutes of champagne and nibbles were passed around and a few brave souls even stuck their feet into the neon lit blue fish tanks and had a social with a Fish pedi

2 days later on a Saturday morning I went back for a couple’s fish pedi. How romantic I thought. We’ll sup champagne and look into each others eyes as mini piranha ate our dead skin off our hooves. Readers- it was a drama. We slipped our boots and socks off, were wiped down by the spa assistants to ensure our feet were clean and fresh and then sat back and gently eased our feet into the warm water. Well, I nearly caused mass hysteria with my screams. The fish were faster than Usain Bolt getting to my feet and manically nibbled away. Assuming I’d get used to it in a few seconds I attempted to relax but my mind and vocal chords weren’t communicating with each other and hysterical half screams/half giggles were erupting like crazy from my mouth. My boyfriend was horrified and embarrassed and tried to calm me down. The spa goers around us smiled sympathetically and told me not to worry-they’d all had a varying degree of hysteria on their first attempts too. The 2 black women opposite me insisted it was better than a regular pedi as the hard skin didn’t grow back as fast or as thickly. I actually swapped tanks as my guy’s fish didn’t seem as frenzied as mine and thereafter I was less embarrassing. We were finished off with a happy ending of a lovely nail polish and massage and I have to say my foot bottom does feel softer than ever and hasn’t grown back yet. Maybe those little bottom scavengers really eat away to depths of skin that your average foot buffer cant!. Anesis spa I may see you again- and not just for the wag and footballer entertainment that I witnessed whilst in there!

Then the next big hysteria in London town came the few days that both Puffy and Nicki Minaj came to town. I’ve worked with Puffy for 15 years and to us old skool folk he’ll always be Puff as opposed to his public modern day moniker-Diddy!

Puffy was holding a listening party for his latest musical offering LAST TRAIN TO PARIS as the wonderfully plush Piccadilly based Pigalle Club. I scooped up a carload of mates including MOBO founder Kanya King and as we arrived we observed endless queues that had formed around the block-both sides. You know Puff loves to panic the city!. Numerous media hacks ,DJ’s , groupies and artists were all lined up patiently. Luckily we were spotted by the eagle eyed ladies of OUTSIDE PR who ushered us in quickly. The club had been split into 2 levels, VIP were supposedly upstairs but honestly once we were all in, it was clear that every invited guest present were totally on equal importance levels and a VIP area really wasn’t needed. Particularly as there was no distinction between those of us upstairs or downstairs.

In fact-ironically it was Puffy who used to be legendary for his wild parties particularly as he insisted he never had a VIP section in his jams as all his guests were important. In this way the guests were more focused on partying instead of their noses being put out of joint attempted to be seen in the VIP. Well this event was different. Kiss100fm DJ Manny Norte threw down bad boy classic after classic-both commercial and exclusive- the party had every ingredient for it to pop off, a great venue, great music, great atmosphere, free drinks but still it was different to back in the day as the crowd nowadays practically expects Biggie Smalls to materialise in a mirage in front of them before they break out into any excitement or a smile!

Hip hop photographer to global ,artists Paul H was snapping away grabbing great moments like Puff just chilling by himself in the VIP next to us. Unlike days of old when he would’ve been surrounded by hangers on, entourage and model girls, he was grown and sat quietly with his Bad Boy stalwart Harve Pierre observing the crowd before he made his way downstairs to the stage.

As soon as Puff hit the stage with his act ,the noise levels were high and he found it difficult to even speak as the groupies were screaming so much. Chipmunk joined Puff onstage from the beginning and a few people were muttering mean things about him looking like Puffs groupie which was uncalled for.

Skepta and Tinchy joined Puff onstage when they were name checked by the man. Kanya and I were just looking at the stage thinking how everyone’s blood sweat and tears to get to this position over the years ,where Puff was constantly bigging up TeamUK was a big moment and totally worth it.

Speaking about what had influenced Diddy Dirty Money puff cited UK acts like Loose Ends and Soul to Soul which was a nice touch and the UK love didn’t stop there as he kept bigging up TeamUK and the crew that were onstage with him including Chippy, Tinchy, Skepta, Smiler, Wretch32 and a few extra hangers on that amused us all.

Hilariously as I was watching Puff perform onstage, his twitter was tweeting away- proof that he has a tweeter.

The music from Puffs album sounded very strong, proving he’s still got his finger on the pulse-albeit the European and British pulse-but at least unlike some of his contemporaries he gives credit where its due.

Unfortunately Puff tried to rock the party the way we used to but the crowd just stood there stupidly ogling him with their cameras held up- he didn’t understand that the younger generation never learnt to dance with their stiff selves.

Puffy did a good job keeping the guests entertained even though he had flu. Occasionally he even looked a little bored-he had been doing promotion all day and this crowd wasn’t helping him by constantly holding up cameras in his face. Maybe if they had the VIP downstairs who would’ve partied and kept the bloggers and groupies upstairs to film us the dynamic may have been different LOL.

For a listening party however the excitement and vibe was very high and it was an impressive session to hear the music narrated and performed by the man himself. Becky Fatemi founder of Rokstone Entertainment and her team have been organising Puffs events for years. She’s so good he actually flies her out to do his birthday parties too! Now that’s a long-standing, trusted, professional relationship!.

Hilariously after I got home I noted that a few hating tweeters had bad mouthed the event citing it as a bad party etc. How had they so tragically missed the point that this was merely a listening session- not billed as a party, and as a listening session more than fulfilled its function. Oh well -never mind- some professionals have been in the game longer and understood the night as what it was meant to be. A great moment for music!.