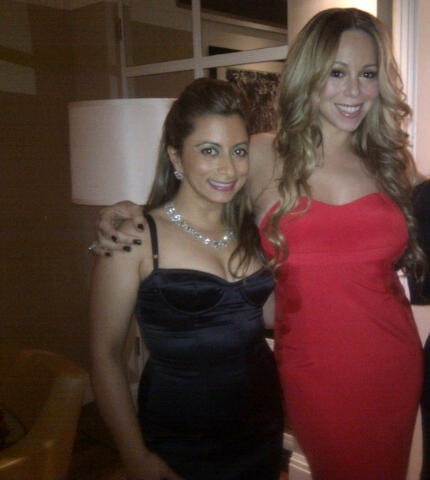 JASMINE AND MARIAH.
Christmas wouldn’t be the same if I didn’t spend it with my Christmas family, Mr and Mrs Cannon (Mariah and Nick) and their extended family annually in Aspen. This year was as wonderful as past years where we attend Midnight Mass, ride horse sleighs through the snow, take the dogs (JJ, Cha Cha Jill E Beans and crew) for their snowy walks, go to the top of mountains and watch as skiers and snowboarders do their thing, visit Joan Boyce’s diamond store, eat Mariah’s delicious home cooked treats and decorate the Christmas tree! 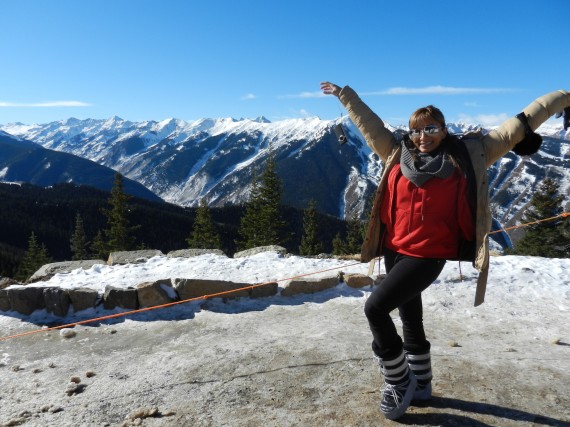 JASMINE AS EVER-ON TOP OF THE WORLD! 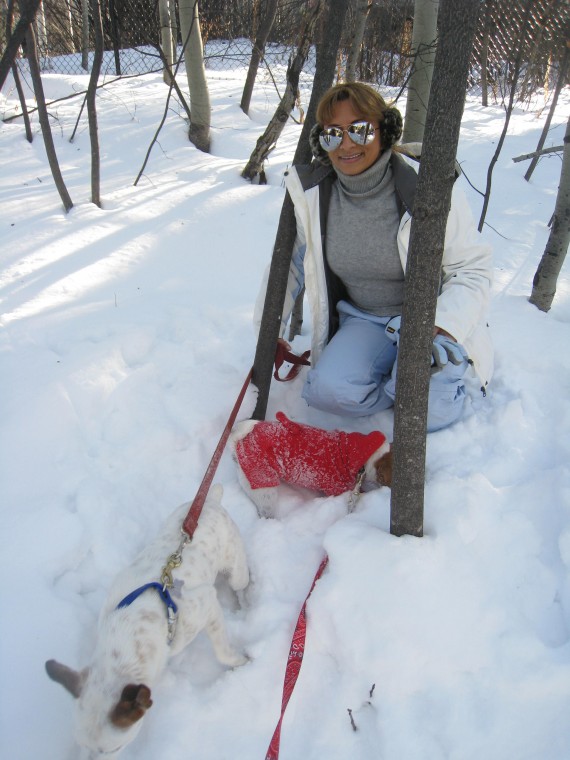 JILL E BEANS TAKES JASMINE ON A SNOWY MOUNTAIN WALK!
As if those treats weren’t enough, this year we were joined by 2 new additions that had been in mummy’s tummy last Christmas- the Cannon baby twins otherwise known as Ms Monroe and Moroccan Scott aka #dembabies!. Many fun hours playing, feeding and cuddling were had by us all! -What an amazing way to kick off 2012-being Auntie Jasmine to 2 little gorgeous bundles of fun! Give me another couple of years and I will have them putting on English accents and playing dress up!! sadly nick then came down with a kidney problem and was hospitalised-get well soon brother! London wants to see you out here soon with your Mrs when you come to do your comedy specials! 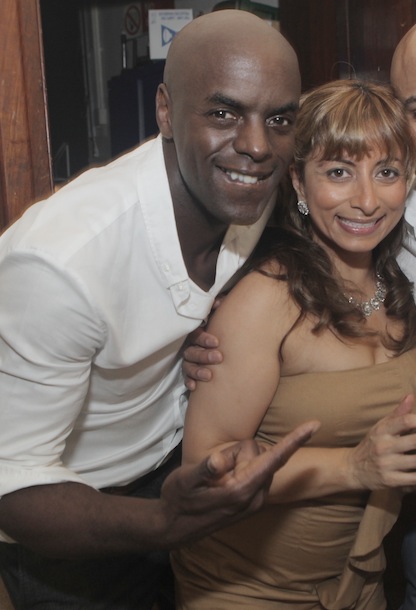 JASMINE WITH HER MATE TREVOR!
Then we flew home on New Years Eve, got practically straight off the jet, had a mini panic as BRITISH AIRWAYS informed us our luggage was still in transit via LOS ANGELES and slid into our emergency plan B frocks and glad rags for my mate TREVOR NELSONS NEW YEARS EVE PARTY which he held at the Camden centre. When Trevor throws a party you can be rest assured the crowd, ambience and music will be on point. The venue was heaving inside and out on our arrival merely minutes before midnight. Trevor’s right hand business lady for the night- Rachel- thrust glasses of champers in our hands and shoved us into VIP where our tables awaited us. Scarily-drinks were free all night and by the time we arrived many peeps were more than a little merry. Ladies were en masse doing the candy dance (otherwise known to the 80’s generation as the electric slide), stepping on each others toes with their vertiginous heels, we jumped onstage with Trev to clink and congratulate him on such a festive night, men were running around trying to persuade the sexy ladies to slow dance-oh we had fun! In fact in one night-I-who never drink more than 1 glass of alcohol per night, put away a glass of wine, 3 glasses of champers, a rum shot, a double baileys and wasn’t sick or drunk! Admittedly I felt too wobbly to drive home and so crashed at my mates flat right across the road from the venue and did the very un-classy walk of shame out of the hotel block of flats the next morning in the previous nights heels and frock-shame!

A big sigh of relief as Stephen Lawrence’s murderers were sentenced to prison. They should have got at least 18 years for the amount of time they avoided jail though. A sense of justice for the parents of Stephen but lets not confuse the atrocity with knife crime-this was not about knife crime-it was pure racist hate. Is our society any different now than centuries ago? Whilst we of colour prove our talent in many worlds including law, music, Medicine and sport have we really won any mutual respect from our Caucasian Brits? Was tram lady representative of more of the UK population than we would like to admit to? Is it easier for racists now more than ever as black people are killing each other in such vast numbers that the BNP and EDL can sit back and let us do their jobs for them? All worth pondering as we begin this new year with positive intentions!

Now I’m off to do some interviews for the TV shows LONDON360 and UK360 with Sir Terry Wogan, the Right honourable David Lammy and BAFTA winner Noel Clarke (who is off to Hollywood next week to film his new role in Star Trek 2! . I need me some letters before or after my name-I can see it now Lady Dotiwala, or Jasmine Dotiwala MBE. Sort it out someone!
I’m also off to plan my impending birthday party-its my birthday week this week- I’m wondering how I can make my next 12 months even more fabulous and self fulfilling than my last year. It’s a tough job-but only I can do it!

One Reply to “JASMINE’S JUICE FEATURING A CAREY-CANNON CHRISTMAS and a (Trevor) NELSON NEW YEAR!”