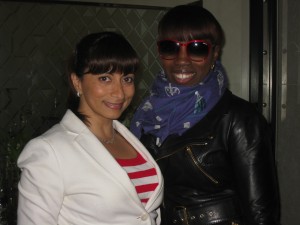 WEST LONDON GIRLS- JASMINE AND ESTELLE AT THE IVY CLUB.

This weeks been a lot of fun at the BBC where a lot of people are brainstorming for a whole new set of exciting, adventurous new programming, which if green lit, I’m sure you’ll all be gripped to your TV’s. The web might be the new, fun way of digesting content but you cant beat the kudos of being on telly. You just can’t. especially the national broadcaster that’s valued and trusted across the globe.

Estelle flew through town and spent longer than her usual 24 hours here on a whirlwind run. This trip she graced us for a few days for which her nearest and dearest (including me) were happy about. Its not often these days that she has time to hang out,chill,catchup,discuss life,love and the rest.

She always keeps it real whether home or away and this time she celebrated a friends birthday at West London’s Wednesday must reach R&B spot Cherry Jam as well as pass by a few parties that our DJ friends were throwing. I invited her up to the very stush Ivy Club in Covent Garden where its always “a scene”. In various corners you can always discreetly spot a real bonifide celeb quietly grabbing a drink or loudly singing alongside the jazz pianist.

After dinner I attempted to persuade Estelle to join me at Adam Deacons Anuvahood premiere but she was having none of it stating she was off to see her sister and do family stuff. That’s what you call priorities I guess! Stell’s new album has ‘’just been wrapped up and completed- she’s taken her time this time around to make sure its right, so once its out-its right!’’ So look out for that-Estelle’s new music is imminent!

The Ivy Club threw a party in the member’s loft later in the week where celebs and folks like me (ie normal peeps), danced the night away and tasted a variety of amazing canapés and cocktails. I was more fascinated with the guests who included Broadway and West End theatre producer Stephen Byrd, MOBO CEO Kanya King, many reality show stars, big moguls from many industries and young, cool types all in the same room. Some of the conversation I was party to included “I used Stevens jet to fly in from New York as he wasn’t using it-do u want a ride back with me?”, “I feel like the odd one out as everyone on this table has a yacht and an island some place hot except me” and “let’s do tea next week and I’ll introduce you to Boris”. And these were just the mates I turned up with! The thing I love about the ivy Club is that it has a mixture of members from a diverse background but everyone’s a high flier in their respective fields and the networking potential is as great as the fun! 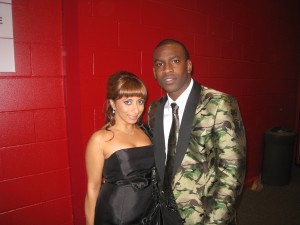 Next there was much ado about music act Skeptas latest video for his song ‘’All over the house’’. Newspapers and radio stations called me repeatedly to ask for my thoughts on it. Why anyone would really care for my opinion is beyond me. My thoughts I’m sure are similar to most peoples. Well. Where do we begin. Skepta is a very capable lyric artist and his latest album was well received. Clearly he and his camp thought they needed a big noise to draw attention to himself so they made what can only be described as a really, gross, porn video for his song. It features a visually challenged looking couple fornicating all over a house in the most graphic, no holds barred scenes. The video isn’t shot well. It’s confusing. What was he thinking? Is this the limit of his visual creativity? I know it’s not. Don’t those ‘’actors’’ have parents? Credible acts like the Prodigy and Prince made videos that were banned from TV screens because they pushed artistic, or political boundaries and encouraged debate. This pushes nothing aside from the tired old stereotype that all urban music culture is gratuitous and dumbed down for the sake of it. Can do better.

Finally I finished my week by holding a seminar at South Bank University for the women’s Inspirational YOU event which brought back my faith in young, ambitious, talented females that were a joy to talk to and pass on my experiences to. Many of you e-mail me regularly asking for tips and advice-I often give back at events like this. Catch me in Europe at the biggest urban music seminar weekend this weekend at Rotterdam where alongside the European, UK’S and American power players we will be spreading the knowledge of our culture further.

Happy Mothers Day this weekend to all you ladies lucky enough to be mama’s. It’s a blessing. The greatest gift on earth. Cherish mothers everywhere. Without one you wouldn’t be here.