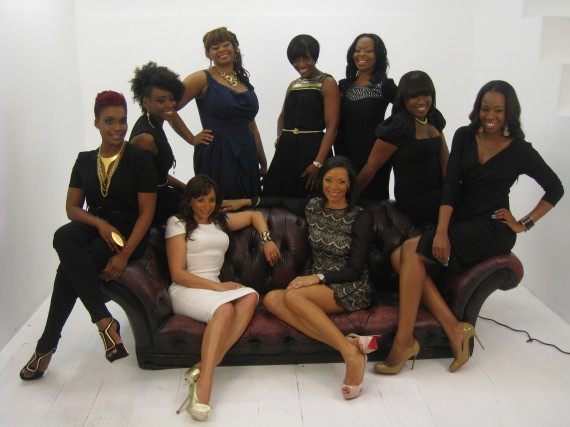 JASMINE WITH THE BIGGEST BLACK WOMEN IN MEDIA!

A hectic summers week in London town which last night saw the annual MOBO PRE LAUNCH NOMINATION party at a slick new hotel in town which I suggested MOBO CEO Kanya King try out as an alternative option to the usual venue- (all the goss from that next time!),

My weekends have been as hectic as my week with me hosting Sunday dinner for family and friends which saw me cooking and juggling pots of every size on my stove and ensuring all food was simultaneously ready (a feat in itself!) and delicious (juggling everyone’s hot pepper levels) as everyone’s stomachs were starving. Just as I was exhaling with a vision for a foot massage my 11 year old godson Elliott then demanded I get up again and make him his favourite-‘’Jasmines pancakes’’-so up I was again, my belly growing daily as I cook up feats left right and centre.

I managed to fit in lunches with a number of artists both established and new; Alesha Dixon talked to LONDON 360 NEWS about the traumatic horror of female mutilation (more on that in a later juice too!),

Singer Princess Nyah popped up to the BBC to have a non-healthy muffin and cinnamon latte lunch with me-by the end of it we were both ready to take over the globe!. 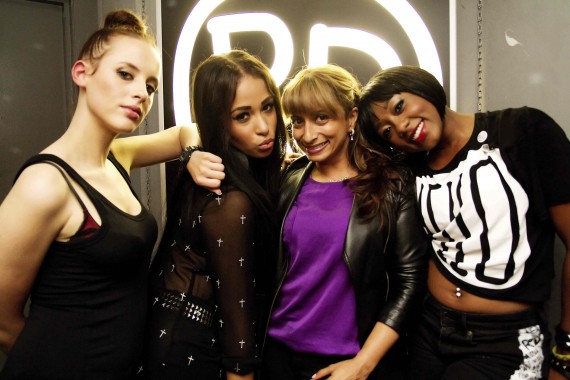 JASMINE WITH RUFF DIAMONDZ AT THEIR HIP HOP KARAOKE.

Female music trio Rough Diamondz (RD) threw a private hip-hop karaoke night at THE SOCIAL which brought out the gangsta in everyone present. The trio and their label Polydor threw the party to celebrate the groups latest single ‘’Got Me Burnin’’ and so we could all have some serious fun. Every media tastemaker from both tabloid print press and radio and TV were all in attendance. Former Daily Mirror 3AM legend now at The Times-Eva Simpson, current Daily mirror 3AM girl Sarah Tettah, MTV talent representatives, record label big wigs, heat magazine, bliss magazine, top of the pops magazine, Sunday Mirror, The Sun, Daily Star, Star Magazine, and The Guardian! The list of willing performers was constantly full as we all wanted a piece of the action and many Polydor staff were surprisingly good-particularly a pair of straight nerdy looking white guys that dropped a Dre classic-their rhythm and lyrical flow was tight! RD jumped onstage to perform a few classics including Lauryn Hills ‘’That Thing’’ as well as Rick Ross’ BMH. Their energy was crazy infectious as a good artists always is. They also of course performed their single and were pleasantly shocked half way through as a load of dancers just jumped onstage and shocked out alongside them. I so badly wanted to get my hands on the mic. My peeps will tell you that I’m a karaoke nightmare and never give the mic up-its so much fun. But this was a music industry crowd and I didn’t have the balls to take the stage solo. My buddies who are fellow record label players and artists that shall remain nameless bottled it and so my possible moment of glory was lost!

The next night it was my work summer party on a moored boat on the river Thames before the week ended with the BBC CARNIVAL PARTY for staff and friends where singer Janet Kay performed as did actor/singer Victor Evans alongside Genesis Carnival Dancers- as usual a proper sweaty all out rave!

On Saturday photographer to the hip-hop elite Paul H threw a BBQ at his home and then I finally topped it off by attending the huge Afrobeats festival at Hammersmith Apollo where Award winning Afro Pop sensations P Square, Whiz Kid, Ice Prince and more did their thing!

Something I was honoured to be asked to be a part of was a TV series called ‘Black Women: In The Media’ Discover their journey to success!

It’s a three part documentary TV series that gives an exclusive insight into some of the UK’s most successful and talented women, paving the way in the Media Industry today. It’s premiering on 1st September on OHTV (parts 2 and 3 on the 8th and the 15th- If you’re reading JASMINES JUICE from outside of the UK the show repeats across OH Africa and OH USA).

Alongside myself it features; ITN Journalist Charlene White, BBC Arts and Entertainment Correspondent Brenda Emmanus, Founder of Colorblind Cards and JH PR Jessica Huie, MD of VA-PR (World Music Awards) Vanessa Amadi, CEO of LGN Events (Producers for London Fashion Week) Yolande Letshou, BBC and OH TV Producer Michelle Brooks, Radio Presenter for Premier Gospel Radio Amma Aning, Award-winning Book Author Malorie Blackman OBE and Media Brand Consultant to MOBO Awards and Justin Timberlake Kubi Springer. it gives an exclusive up close and personal account of the highs and lows of our journeys’ to success. Dynamic and honest, we all discuss what it took for us to push past the boundaries and excel as Black women in Britain today.

To complement the show, Pride Magazine even dedicated a double page spread in their September issue to us, which was fabulous. As if that wasn’t enough there’s going to be a billboard campaign across London starting from 1st September which makes us all look like super heroes. All of us ladies were whisked to a studio one summers afternoon and whipped into hair and makeup to tell our stories accompanied by sexy bubbly cocktails and the bonding and sharing experience immediately generated a whole new set of friendships and a network that I’m proud to have been a part of. Thank you everyone for a wonderful experience and a timeless, positive bit of TV content. I’ll be sure to tune in with my peeps for a VIP screening-(and of course it’ll be ladies only cos ‘who runs the world-GIRLS!’