Whole industries and commercial ventures have been based on the 1961 romantic comedy Breakfast at Tiffany’s. From posters, to copycat film promos, to t shirt slogans and even a hit music record, (The lines of dialog “How do I look?” “Very good. I must say, I’m amazed” and “I am a very stylish girl” were sampled in the Dimitri From Paris song “Une Very Stylish Fille”). 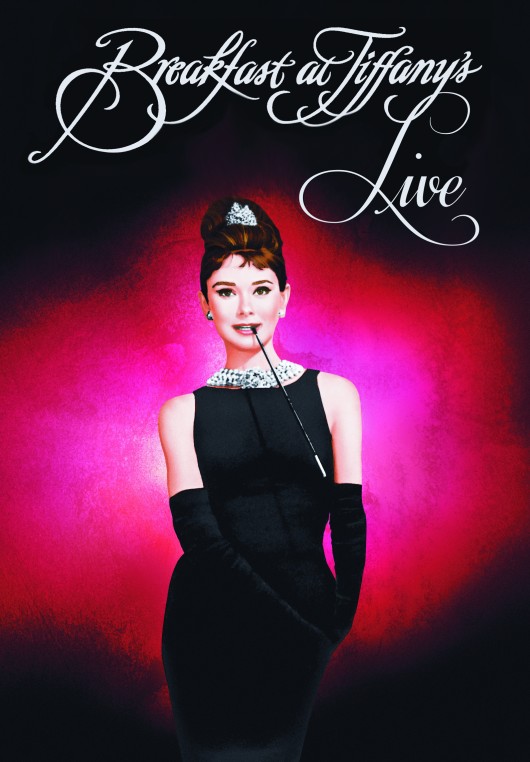 Conductor Justin Freer, who was leading the Philharmonia Film Orchestra, has produced, curated and conducted film-and-live-score shows for movies including Gladiator and The Godfather, and will bring Alice in Wonderland and Star Trek: The Ultimate Voyage to the Royal Albert Hall later this year. Performing Henry Mancini’s Breakfast at Tiffany’s score at the iconic London venue was the culmination of a lifelong dream for the conductor, whose musical education was supported by a Mancini Scholarship. 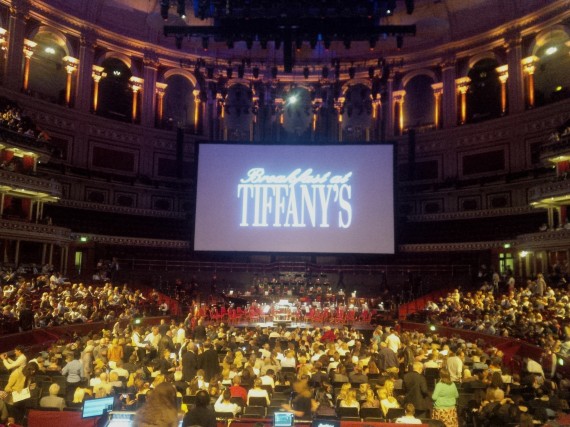 The Royal Albert Hall has put on regular classic films with live orchestra’s performing the soundtrack to the film, and this was one of its greatest pairings, as Henry Mancini’s Academy Award-winning score lends itself to a big band, big experience, and big night.

This classic Blake Edwards film, based on Truman Capote’s bestselling book stars Audrey Hepburn as Holly Golightly, a deliciously eccentric New York City playgirl and socialite who catches the attention of her new neighbour, struggling writer Paul Varjak (George Peppard). Regularly cited as one of the greatest movies ever made, it’s also among the most stylish, with the sight of Holly – oversized cigarette holder in hand – one of the most clear-cut and distinct moments in cinema.

I’m always fascinated by the way Audrey Hepburn plays Holly Golightly, the craziest heroine who ever crept between the pages of a best-selling novel! That one-minute manic diva, the next the sweetest most vulnerable waif, makes me think she was certainly on some level bi-polar. Her salary for the film was $750,000, making her the highest paid actress per film at the time. 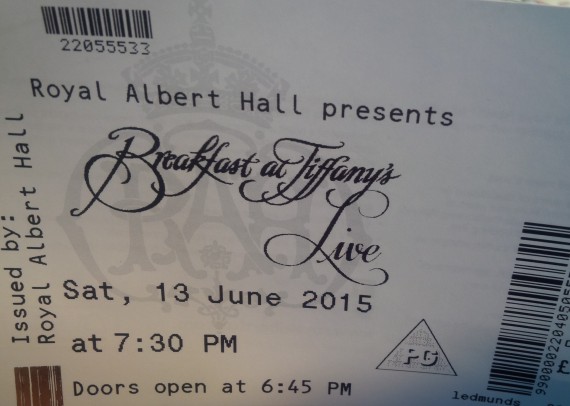 Even though the World Premiere of Breakfast at Tiffany’s was at the famed Radio City Music Hall in New York City many decades ago, I know the vibe; atmosphere and experience of the grand Albert Hall brought the film to life and afforded the score much more extravagant justice.

Watching the film, simultaneously to seeing the orchestra pick up their instruments every few scenes, to interpret Mancini’s legendary score, is truly a once in a lifetime experience for a film and music aficionado. 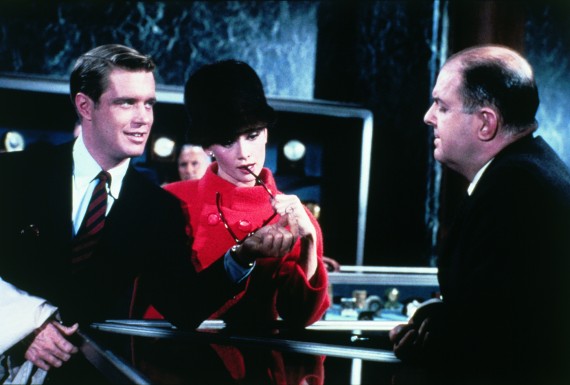 As if the whole experience wasn’t already special enough, as a special treat for the audience, Mancini’s daughter, double Grammy-nominated singer Monica Mancini, performed her father’s Oscar-winning song Moon River at the start of the performance with her mother (Mancini’s wife) Ginny watching sat just behind us!

The irony of this classic moment and song, is that the song “Moon River” was written especially for Audrey,and since she had no training as a singer the vocals were written to be sung in only one octave. Its said that when the film was first screened in Hollywood, at a post-production meeting that followed, a studio executive, in reference to “Moon River,” had said, “Well, I think the first thing we can do is get rid of that stupid song.” Apparently Audrey stood up at the table and said, “Over my dead body!” The song stayed. The rest as they say….

Back then Mancini had said, “It’s unique for a composer to really be inspired by a person, a face or a personality, but Audrey certainly inspires me. Normally, I have to see a completed film before I’ll compose the music, but with Tiffany I knew what to write for Audrey just by reading the script.” 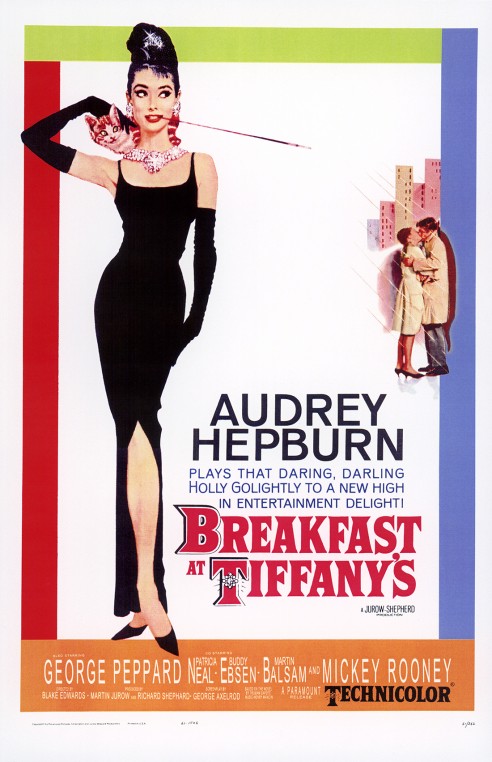 It’s incredible to think how many fashionistas have been influenced by the style of Holly Golightly, who wears the same dresses all the way through the movie, simply changing the accessories to give each outfit a different look. Her black shift dress features through the movie at least four times. Also, no huge ageism in the screen industry back then clearly, as Holly is supposed to be just nineteen years old. Audrey was in fact thirty-one years old when playing Holly! 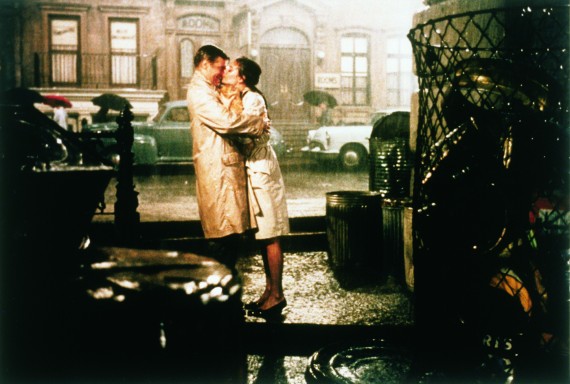 Interestingly, Audrey very nearly missed out on this ground breaking moment in her career though as originally author Truman Capote envisioned the Goddess Marilyn Monroe in the but Marilyn’s drama coach, Lee Strasberg, told her that playing a call-girl was not good for her image. The film went on to be a huge success, with Audrey receiving Golden Globe and Academy Award nominations for Best Actress. Bet Marilyn kicked herself and cussed Lee!

Although not visible on camera, hundreds of onlookers watched Audrey’s window-shopping scene at the start of the film. Legend has it that this made her nervous and she kept making mistakes and It wasn’t until a crew member nearly got electrocuted behind the camera that she pulled herself together and finished the scene. 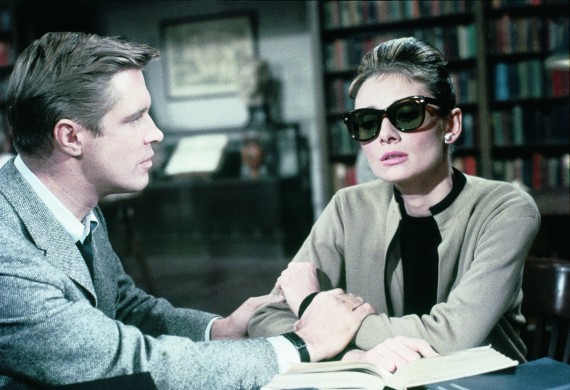 Additionally, animal film stars were already in vogue back then with around nine cats used throughout the film as the role of ‘Cat’. More post production trickery in the fact that Holly’s whistle when she hails a cab for Paul was actually dubbed in. Audrey attempted to learn how to whistle with two fingers, but could never produce the desired sound. 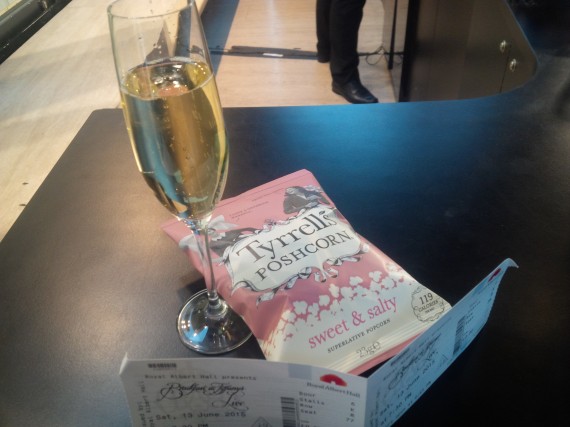 After an interval during which I accidently learnt how well champagne and sweet popcorn compliment each others flavours, (and were my ‘edible Audrey moment of fabulosity”), we settled down to the second half of the classic movie, after which as an extra-special treat, we got an encore over a montage of film stills, behind-the-scene images and shots of the team, whilst Monica Mancini once again sang and her mother, who was acknowledged by the conductor, stood up to applaud the moment.

All in all, a truly fabulous occasion after which I really did feel like ‘a very stylish girl’.