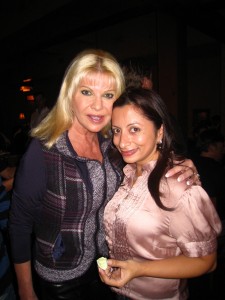 It’s been a busy week. Not least because last night was my eehh hmmm-21st-birthday party in central London-so this week I’ll mostly be recovering from that- I had to throw myself a bash as the young clubs and parties don’t really represent me like they used to back in the day. At the risk of sounding like my parents I miss the old days and old skool parties. Where people went to look fly, dance bad, and flirt. Unlike today’s getting absolutely slaughtered on alcohol and wearing nothing creative-just a hanky to cover your modesty. My party had a Motown theme so I could indulge in my diva quest to be the lead Supreme (even though I’m tone deaf and couldn’t sing myself out of a paper bag!) – more on that soon!

I’m getting too old to rave at hip hop/grime jams now anyway (most of my friends don’t still think grime is the stuff you use mr sheen to get rid of!) ,and so have made a conscious effort to continue grafting behind the scenes to make a change for young talented Brits and bring more must-see TV to our screens, but also to socialise like the adult that I’ve finally accepted I am. After all, who wants to be like the sad lonesome oldie raving at the club by himself with kids he could’ve fathered?!- I could name a few but in my resolution not to name and shame I’ll hold it down. After all like Jigga said “30 is the new 20” and I’m hoping that means if you’re over 30 its even better!

In my attempt at slowing down my widely perceived wild life I am now a regular dinner party giver and receiver- This fortnight I have also made time to give blood, pop into Sisqos party (slight party-ban slip oops!), attend a TV function at BAFTA , went to a private screening of Bashys new movie Shank, had a private listening session to the first album of an actress whos about to put out her first music project, attend the south bank show awards-very high brow and had a lovely new year lunch at The Ivy with old mate drum&bass guru Goldie and his new wife Mika (they married in Thailand on Christmas day-how sweet!),

A more mature lady than myself is the legend that is Ivana Trump. As a teenager her and her husband Donald were figures of urban myth with their multi storied American towers and jets whizzing around the globe. So imagine my delight when seated next to her at dinner at Christmas last year at nobu in aspen around a table of power players. Boy did I feel like the odd one out. Ivana held my awe with tales of her monthly adventures around the world. “In January I take the helicopter to St Moritz, in June I take the boat to Capri, in September I…”. I was fascinated! What a world she lives in!

Post dinner we exchanged e-mails which impressed me as most over 50’s I know find the TV remote control too high tech to use. Ivana has a great sense of humour and whilst I initially expected to find her irritating and haughty in that manner that the privileged have, I soon learnt she’s actually a very collected, shrew, wise lady with a very global outlook. So I wasn’t surprised when she chose to join the final series of celebrity big brother in the UK. She’s very young at heart and so totally up for a laugh.

What I hadn’t figured though was how cool she would be in the house. Unlike many an older celeb who tries fruitlessly to battle young peoples personalities and make their mark she was just observant and joined in with the game like a wealthy cat that has the cream and doesn’t need to prove anything to anybody. Obviously she didn’t need the winners cash prize. Watching her you get a sense that she’s content and smiling inside at the yet unlearnt lessons of her fellow reality stars lives.

I was happy to join her for her post show celebrations where she got out those amazing legs of hers that put most teens to shame. Im imagining many of us will be running around like headless chickens this week for the annual money grabbing exercise in the name of cupid that is known as valentines day. Here are my tried and tested words to the loved up. A Jacuzzi of bubbles, champagne and chocolate strawberries is always memorable, relatively inexpensive and fun-but don’t try and keep a hard copy of the memory- all technical devices should be banned from the vicinity unless you’re trying to be the next Paris Hilton/Kim kardashian.

Don’t go over board in trying to impress your partner with any hugely expensive surprises- they’re always desperate last minute attempts that go wrong. Your loved one would much rather you remember all their favourite things and indulge them sporadically year round than get it wrong on feb 14th. If you’re buying underwear then for gods sakes check their size before entering the store- and don’t tell them you asked the store assistant to try it on to see what it looked like. A permanent keepsake gift is always more thoughtful than the tried and tested flowers- I was once given a beautiful, ornate 6 foot candle stick made of wrought iron that is so beautiful its stayed with me throughout the years- much longer than its giver. if you don’t know a restaurant beforehand don’t rely on someone’s hearsay that its good. An ex once took me to a place he found in the yellow pages cos it was described as a romantic Italian; it wasn’t very romantic when I turned up in a frock at a shack in Charing Cross road.

Doing something really simple but thoughtful is always a winner. The man who arranged a picnic in the park with all my favourite food followed by a speedboat ride along the Thames in Windsor to take me to the ballet school show at the school I trained was lovely. Finally remember that if all else fails its only 24 hours-book yourself into a spa until its all over-that way you have spent your hard earned cash on someone who deserves it-you!