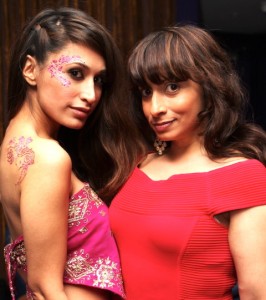 You can be assured that once the sun comes out in the UK that us pessimists will do all we can to make the most of it so a million BBQ”s, park picnics and summer festivities begin to take over our lives.
Last weekend I attended 2 BBQ”s, 2 christenings, a talent show called AMPT at Sound Bar where singer Shaun Williams, and MC”s Sincere and Scorcher performed ,as well as a few trips to the gym.

The christening was in Oxford for a lovely little baby girl called Monet. Daddy from Ghana via South London, mummy from Oxford. The church was stunning, the reception hall was decorated in the usual balloons, unlimited alcohol, a feast of food including a spit roast pig out in the garden area, guys all having drinking competitions, and the sun was out. We ate jollof rice, stewed chicken, and much more. As I was nibbling delicately on a chicken skewer I overheard a little boy ask a lady ‘’is that your babyson?, why is he so brown?”. Hilarious. The poor child mustn’t have been too used to seeing brown kids out in Oxford!.
I wasn’t laughing for long though, before a guy who was fully embedded in the male drink-off decided to whack an ice cream across my face for fun. I was furious but before long my competitive spirit forgot I was wearing a white knee length couture- like dress, and smashed said guy’s face into a pile of cream, chocolate and fruit cake. Cue much screaming, hysterical laughter and ruined clothes. They wont be inviting us back again!.

The following evening musician TY threw a show at the infamous north London jazz café and invited us to share the VIP balcony with his nearest and dearest for one of the best live music shows of the year so far. Early on the venue was crammed full of a great party crowd as DJ Mr Thing played classic jam after jam. Sitting with us at dinner upstairs were UK hip hop legends Roots Manuva and Rodney P. Also in the house were Flava magazine, Charlie Sloth and Lyricisit .Ty literally came, saw and conquered the crowd , joined onstage by his music friends like Roses Gabor and others the crowd were eating out of his hand all night. A real artist has personality and speaks in a relaxed manner with their audience and Ty was a genius at this-he could give a few younger chart acts a few lessons. A real fun hip hop show.

Legend George Benson was performing at the 02 and Adidas head honcho Paola Lucktung sent me not just tickets but a whole box. Yes. You heard right. I had the Adidas VIP box in the Arena all to myself so my friends and I sat back, watched Mr Benson sing hit after hit and spent a lovely evening reminiscing about the good old music from yesterday. George was good if at times seemingly threatened by his band taking over and reeling them back in. The vibe was relaxed and so laid back I could’ve fallen asleep as the crowd around me were calm and the stage set resembled an old school disco .It also seemed that the sound volume wasn’t high as it usually is for a younger artists demographic. You know the oldies. They like to listen at a lower decibel LOL!.

To end my week Eastenders actress and musical theatre star Preeya Kalidas popped over to my crib in a very sexy ,summery dress and vertiginous high heels to give me an exclusive playback session of her first music album. The sun was out and I wanted to fatten her tiny slim body up so I made fresh pancakes with fruit for brunch and forced her to eat them even though she tried to be strong with cries of ‘’no Jaz-I have a video shoot I have to be trim for this week’’ .
Now more than ever the British Asian music industry is thriving and what with singer Jay Sean’s success the time Is ripe for another pop star to emerge-particularly to fill the female Asian pop gap. Preeya left Eastenders after her massive story line last month where she found her husband was gay and a massive 9.3 million viewers tuned in to see her exit on the show proving that a brilliant storyline coupled with a diverse cast brings in great ratings. Preeya has been in the game for a long while with parts in TV specials, films and lead parts in West End Theatre shows but now the time has come for her to really take her career to the next level.
I have to confess that when I first heard Preeya was making a music album I rolled my eyes and thought ‘’here we go again-an actress wants to be a popstar’’. But then I heard the music. Its good. And then I recalled that she actually began with her roots in music and this album shows she has a strong musical background. I presumed her sound would be tinged with an Asian accent but her vocals ,which are very strong, sound very international and inclusive which leaves me concluding she could be a very successful sexy ,sassy pop star for the new generation. Im still intrigued as to how such a teeny physique can belt out such a huge, bellowing voice!
Her first single ‘’Shimmy’’ is extremely catchy and will have dance floors full and bouncing across many various club genres.
The Asian influenced remix features bhangra star Mumzy Stranger who sounds very like Sean Paul and the way he yells ‘’Preeya Kalidasssss’’ I’m convinced we will all be shouting it at her in the street!. Meanwhile artist producer Rishie Rich did a reggaeton version.
As we ate pancakes in my sunny living room I bounced around to her music including a track I loved from the album called ‘in my heels’’ which is a dance based up tempo, big dance tune that goes‘’ I’m a diva, I’m that girl ,in the club, rock my world’’. Big. A track that has to be a single is ‘’Dance for you’’ whilst ‘’Habit’’ is a big ballad with strong vocals which I can imagine being played years from now.
On the rest of the album Preeya has worked with Novell, Cage Productions, and about to blow artist producer Labrinth who made one of my favourite tracks on the album called ‘’Bad boy’’ which the bad boy in life loves!.
Preeya calls her sound ‘’triple s pop’’- which stands for ‘’sexy-sassy –soul-pop’’ and the thing I love about her is that she’s unapologetically proud of her background with regular nods to her ethnicity with her visual look sometimes enhanced and hinted at with henna tattoos and Asian jewellery accessories. Signed to Mercury Records, Preeya is a top priority act for the year and I think you’re all in for a shock with her new music-I think radio stations will play list this album as its very accessible, fun, catchy pop at its commercial best. Preeya is leading the way forwards when it comes to young, sassy British Asian females but can more than stand-up and be counted alongside the Leona’s and Alexandra’s in the mainstream. You go girl!