His BBC Radio One Rap Show is the biggest in the UK and sees’ his brand break new acts regularly. 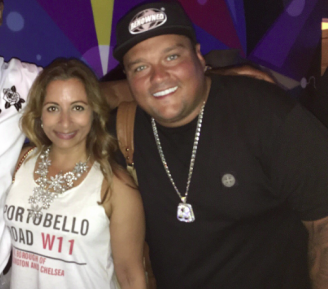 His predecessor at the BBC was Tim Westwood, and where Westwood was regarded the British Funkmaster Flex, Charlie is more of a parallel to Charlamagne.
Westwood had worn the UK Rap Radio King’s crown for so long; other great DJ’s had come and gone, it was assumed he would hold the reigns forever, and then, came this cheeky banter filled, smiley, ridiculously loud man of many talents, Charlie Sloth, who made everyone sit up and gawp.

Determined to shine a light on all the various rap talent across the UK regions, rather than just focus on London, and incredibly savvy with his branding and internationally recognised ‘’Fire in the booth’’ (FITB) sessions, Charlie is HOT property in Europe right now.

His FITB moments have captured British ears, eyes and minds in their millions across the years.

Having cemented his reputation as a DJ, Charlie feels that now is the perfect time for him to make the transition to become an artist and producer in his own right.

Like his namesake Charlamagne is in The States, Charlie is the biggest name in national radio shows in the UK; every act is desperate to be aligned with him. More so, Like DJ Khaled, he makes music too and has his debut album ‘The Plug’ out this month, which features British names like Bugzy Malone, Stormzy, Ghetts, Giggs, Avelino, Lady Leshurr and a few American names like Jadakiss, Sean Kingston, Ace Hood and 21 Savage too.
Highlights include Aystar’s characteristic Scouse-accented narrative on ‘Therapy’, and ‘Kendrick Lamar’, which finds Cadet praising the Californian star and critiquing the genre’s stereotypical themes.

As a figurehead of the scene, Charlie found that many of his musical friends were eager to get involved with the project. The majority of the tracks were recorded in Tileyard Studios, while others were cut in the portable studio located in his tour bus. Every track was informed by Charlie’s vision – he was present for every single recording session, aside from a few exceptions with international artists who he interacted with via Skype.

Around a decade ago, Charlie’s comedy characters eagerness to make it in the hip hop world via skits, titled ’Being Charlie Sloth’, were a hit on Worldstar Hip Hop.
http://www.worldstarhiphop.com/videos/video.php?v=wshh94i3sEsX2x7xpNf7
Now, he’s the biggest key influencer in the UK. With music, acting, clothing, property and more on this man’s resume, this multihyphenate, who is also the self-proclaimed ‘best looking fat guy on the planet’ spoke to me for The Source. 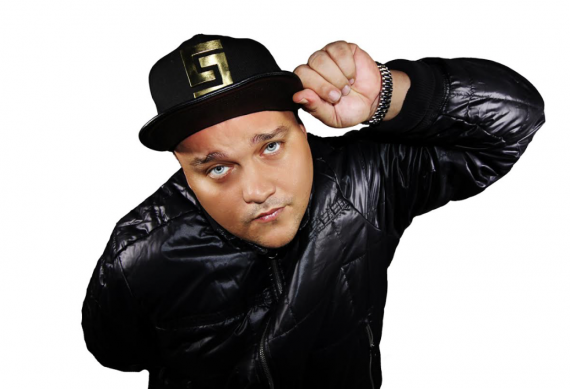 Your brand Fire In The Booth, has had plenty of big US acts through the door over the years, any highlights?

There have been so many highlights; we’ve had over 500 FITBs. Everyone of them has had its own magical vibe!

There are several FITB’s in the bag from new US acts, who are you excited about from The States at the moment? Any FITB’s lined up with any of them?

We have Young Dolph, 2 Chainz, Jay-Z, old school artists, so many artists. There is a long list!

What was it like working with 21 Savage, Ace Hood, Sean Kingston and Hardo for your album and how did these collaborations come about?

To have them on my album is a beautiful thing. I’m a massive fan of Hardo, and then I was like Yo, This record would be crazy. We spoke about it, 21 Savage jumped in and it happened organically.

You recorded many of the beats that would eventually make the album on tour out on the road. Many of these shows were across America, so which beats were written and made in the US and which cities and areas did you have the most affiliation with?

My favourite city is Atlanta. It’s a laid-back city with such a great energy and music-wise very inspiring. I met many artists in Atlanta, Sean Kingston, and a whole lot more. So it’s definitely ATL! 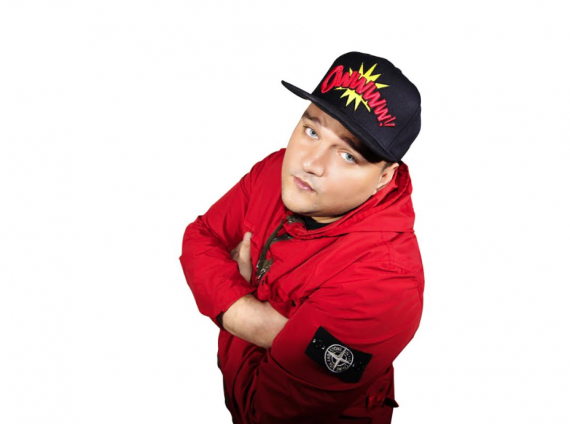 In recent years we’ve seen your station BBC Radio 1Xtra heavily champion rap and grime, do you think we’ll see some more championing of other black music genres like R&B and reggae which haven’t been as strongly supported on the playlist in future?

1Xtra has supported it for years now, and will continue to do so. It’s especially important for black music. We’ve got a afrobeats DJ, we’ve got a dancehall DJ. 1Xtra will always be that platform for support.

I’m curious to know your thoughts on radio in general, with digital sharing platforms dominating music, do you feel that radio is still as important for the hip hop, rap and grime scenes both in UK and internationally? And where do you see it going in the future? Any trends in people’s listening habits you can foresee?

Radio will always be important. Not only for Hip-Hop, Rap, Grime. When it comes to radio you got special DJ’s, you got personalities that inspire you.

You’re representing the UK at Red Bull Culture Clash this year and we’re seeing more and more American and Canadian artists asking for features from Brit artists. Is breaking the American audience still an important milestone for British acts or are you seeing a move away from that?

I don’t think it’s as important as people thought it was years ago. But I feel the UK artist will always want that. It shows how big and healthy the scene is if we’ve got the biggest artists in Canada and America, Jamaica or Africa wanting to work with our homegrown biggest artists and it’s only a matter of time until we become global.

You first became known in LA and rest of North America from your ‘Being Charlie Sloth’ shows. Will you ever look to recreate the character or any ambitions to do some more acting again?

Can you touch on why the UK rap and grime scene seems like a bit of a boys club? It feels like the girls music championed on socials as much as the boys share each other’s fan bases?

That said, which girl MC’s are on your radar right now?

Of course you’ve got Steff London and ones who are already out there, the last one who really got my attention right now is Banks.

You’ve always championed UK music from outside of London and always seen it more as a national thing, are there any scenes popping from other cities right now, what’s the next city/scene to blow and why?

When you see how everything’s changed even in the last two years, Manchester artists came through; people are listening to JayKae, artists from Birmingham. The next city which is gonna have a massive boom is gonna be Liverpool.

Moving on to a more serious area, Knife crime, is a topic of much concern with young people in the UK right now, what are your thoughts on what can be done within the music scene and how artists and people in the scene can try to tackle the issue?

To me it breaks my heart. For me personally, mothers and fathers have the responsibility for their children. Parents just need to take responsibility. Secondly, the local authorities need to make sure that there is some form of entertainment or social activities. But when you look around, there is no real social activity. There just needs to be spent more money on that.

Are you still matching your hundreds of very colourful jackets and trainers? You’re like the Imelda Marcos of hip hop!

“I wanted to make this album as diverse as I possibly could,” says Sloth. “I come from the world of urban music, particularly grime and rap, but I wanted to make sure all the different aspects of what I represent were featured on the album.”

“I wanted to try to be as different as I could,” he continues. “I didn’t want people to listen to the album and think, ‘This was obviously made between 2015 and 2017.’ I wanted it to have more of a timeless feel. There’s no record on this album that sounds the same, or even that you could pigeonhole into the same sound.