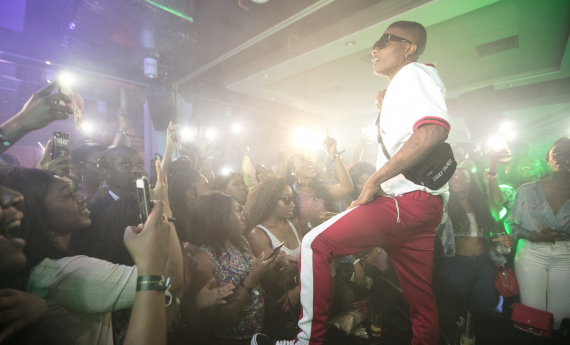 At London’s east end venue The Curtain, last night, hundreds of afrobeats fans gathered for a VIP listening party for the prince of the genre – Wizkid’s new album titled ‘Sounds From The Other Side”. 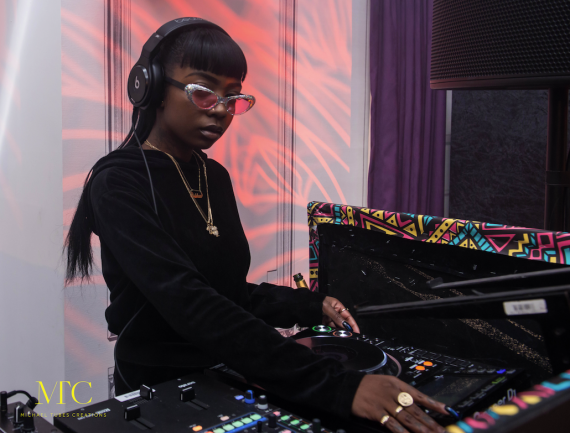 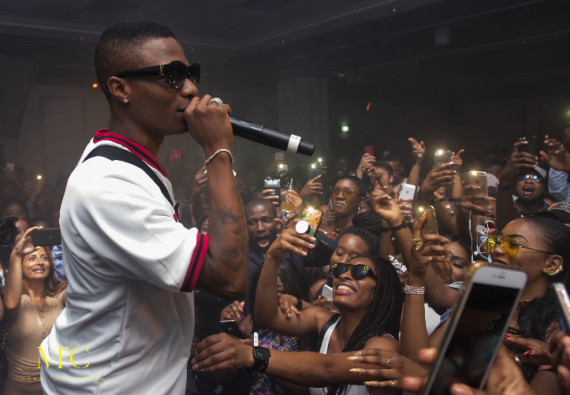 Female and male fans were dressed to impress in glamorous outfits and sharp suits to Nigeria’s finest perform a few tracks froths album past, present and future. 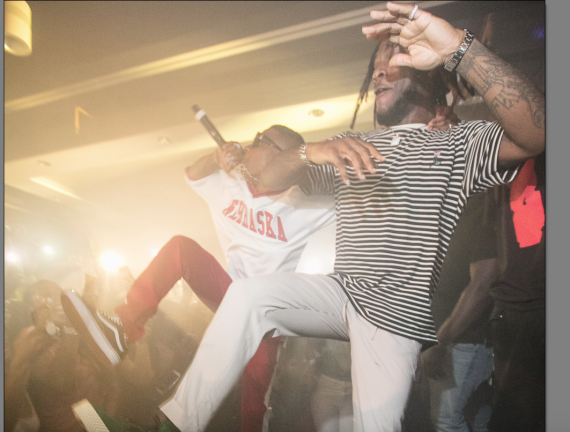 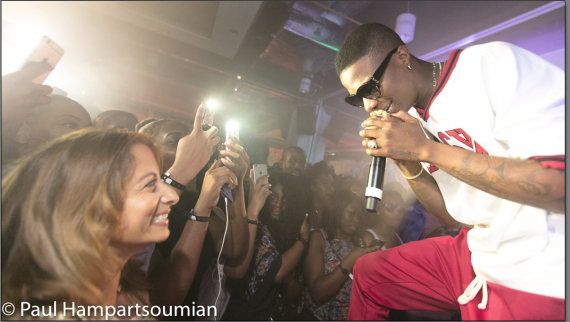 ”now i’m not saying Wizkid is performing just me but….hey Wiz can you see me behind your shades?”.
PIC COURTESY Paul Hampartsoumian.

Joining him onstage during the very hot, energetic set were the UK’s very own Skepta who Wiz stated ”without this man much wouldn’t have been possible, i thank him so much, he also mediated the get together with Drake so thank you my brother Skepta!”. 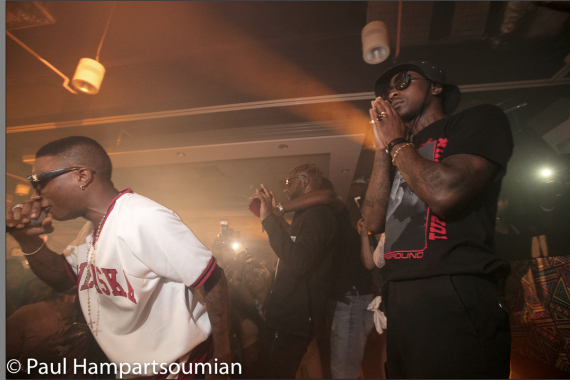 SKEPTA AND WIZKID PERFORM AT THE CURTAIN.PIC COURTESY Paul Hampartsoumian.

Also onstage and in the house were comedian and host Eddie Kadi whom Wiz acknowledged as well as DJ Semtex and DJ Abrantee who Wiz thanked for the support. He also thanked a missing Tim Westwood. 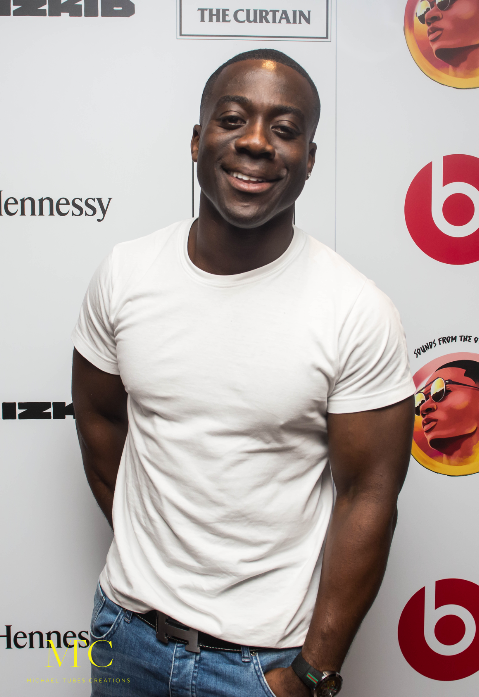 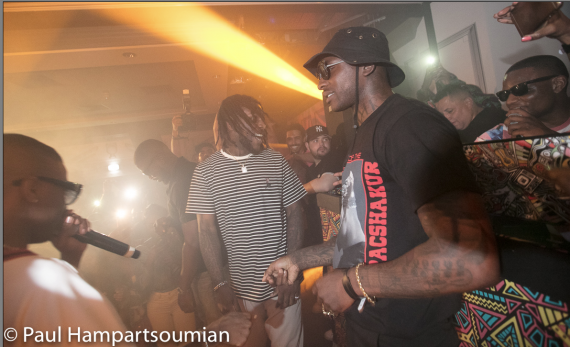 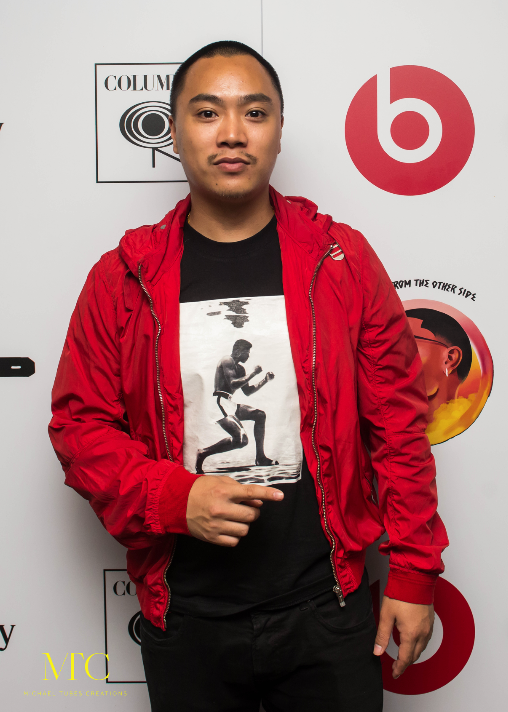 Henessey cocktails and jollof rice boxes – with chicken and veg options – as well as donuts were distributed so the crowd went home with satisfied stomachs, taste-buds, ears and hearts. 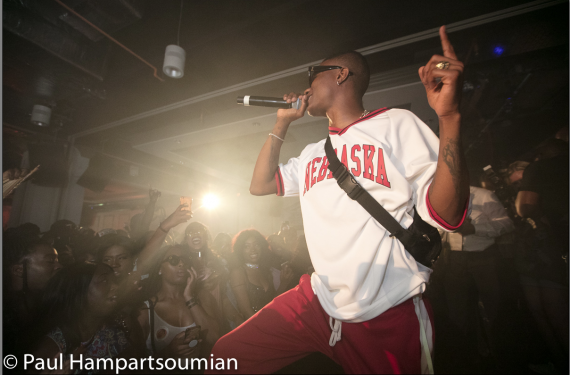 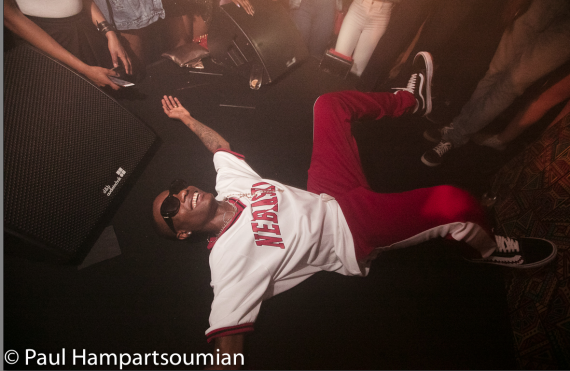 At the end of his set both the crowd and Wizkid were done!PIC COURTESY Paul Hampartsoumian.