A hectic fortnight full of fabulosity! 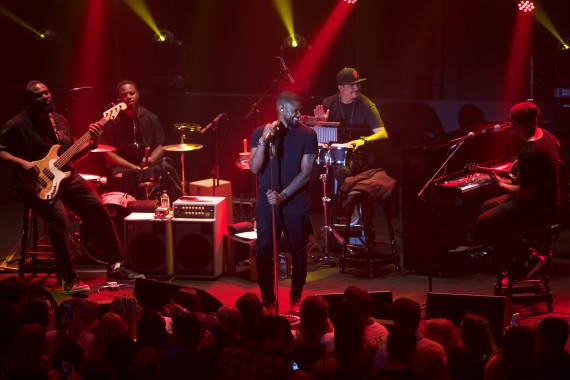 This weekend I had dinner with my girls at Jamie Oliver’s restaurant where we put the world to rights and shared our life growth so far over a bottle of red. Saturday at the Dotiwala crib saw a big group of us settle in to watch the whole of season 1 of 50 Cents TV series Power which had us all screaming at the telly whilst chowing down on sushi, curry, cheese boards and prosecco (its running out so we stashed a few bottles!). 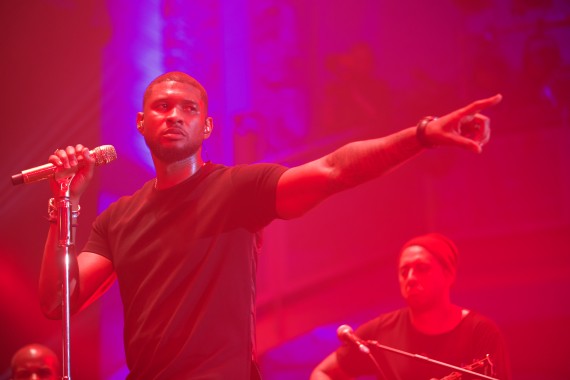 Sunday daytime was a trip to Chelsea’s Hurlingham Club to watch those dashing men play polo. They sweat and galloped, we supped bubbly and nibbled delicately on afternoon tea.

The weekend was rounded off watching Usher at his private VIP invite only gig for MasterCard. The venue was LSO St Luke’s, a very interesting choice of location. Basically it’s a church. Yes Usher took us to church to sing and gyrate on a Sunday night LOL. It was truly a priceless moment as he ran through many of his hits like U got it bad, Burn, U remind me and more. At one point of the set he even took audience requests of his own hits and it was the best intimate jam session with him and his live ban, all washed down with-yep you guessed it, more wine and cocktails with mini fingerbowls of mac&cheese, curry and burgers. 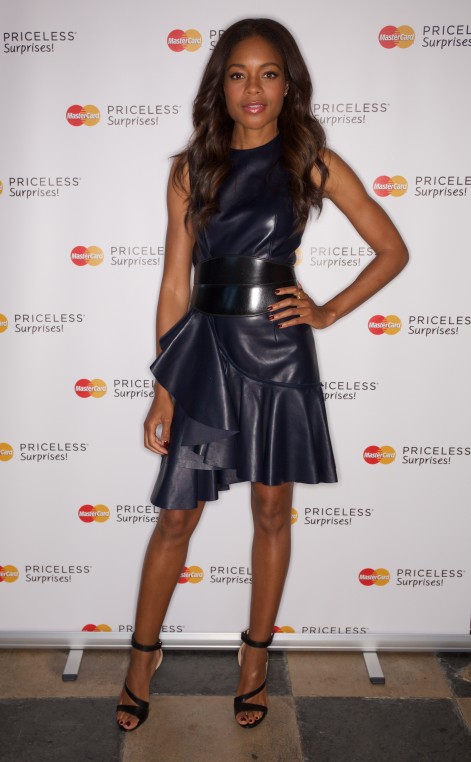 The 100 lucky few in the audience, had to be Mastercard customers and enter a random draw to win tickets. A few even got t meet, greet and take a photo with him!

This gig was part of MasterCard’s Priceless Surprises campaign in which a number of iconic artists including Usher, Kaiser Chiefs, Paloma Faith and Mary J. Blige have already surprised their biggest fans and brought them closer to their music. Usher surprised his lifelong fan Claire Spence when he disguised himself as a street-performer on Venice Beach and unveiled himself with a personal performance to her in front of a crowd of onlookers. 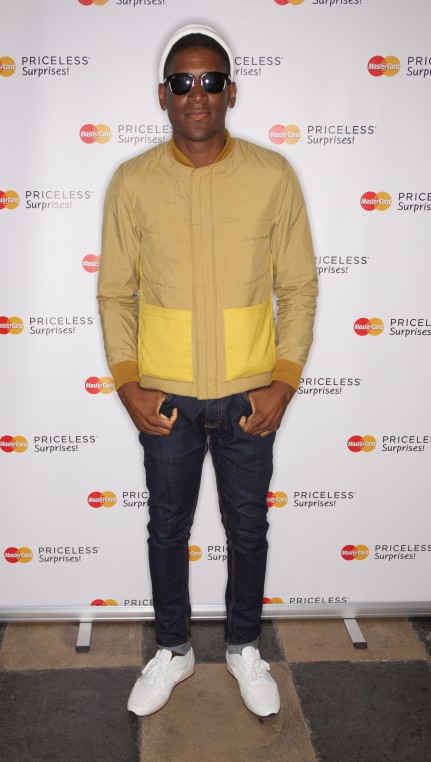 LABRINTH GOT RUSHED BY FANS AT THE USHER VIP PRICELESS GIG!.

Usher told us: “Performing tonight was a completely unique experience – from the intimate crowd and acoustic set, to the incredible venue. It was great to be able to perform a completely different type of concert for my British fans.”
My mate, the big dog, Shaun Springer, Head of Brand, Sponsorship and Music, MasterCard UK & Ireland said: “It was a truly one-off experience for fans to see Usher perform in such an intimate setting. His gig kicks off our intimate music programme which sees us connecting music fans to the artist they love.”
Also in the crowd were interior designer Kelly Hoppen, broadcaster Nihal and his wife, music producer and artist Labrinth, actress Naomi Harris and more of London’s influencers.

I hosted a panel at the Deal Real Legacy pop up store just off Carnaby Street. It was a full house! 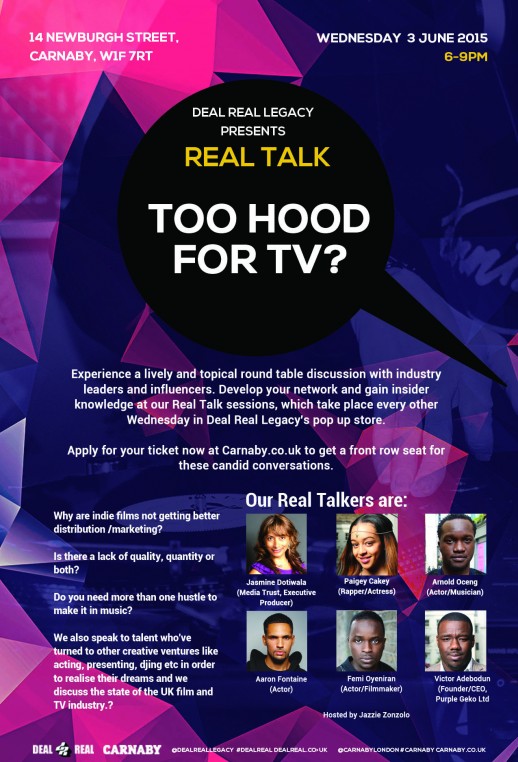 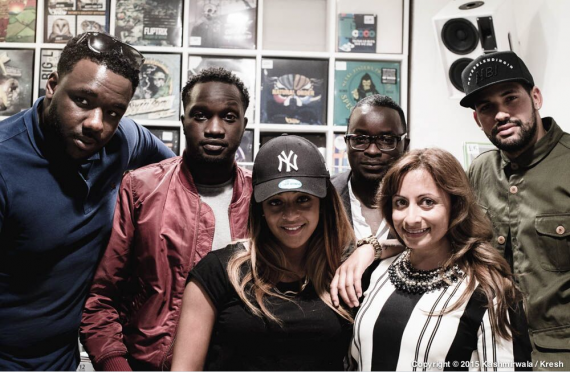 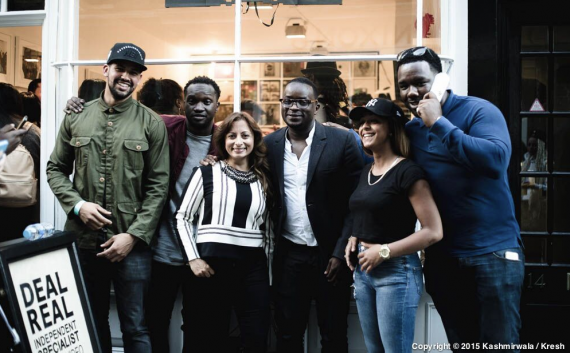 We all debated things like; Do black actors need to go to the US for success? If the writers’ rooms don’t reflect the experiences and backgrounds of the characters for whom they are writing, will we get good and honest portrayals? The media is a powerful tool for change. Are we currently fed up with the stories that are being told and the representation of marginalized communities on television? What role do TV commissioners play in what we see on TV? Do we need help to get us through the door to work in film or/and TV or can we do it ourselves? Do we need the TV networks to get our voices heard? I won’t lie.

It got heated. But a lot of myths were put to rest, debates were squashed and no doubt gave the audience and panellists much to think about moving forwards with great new knowledge and contacts. 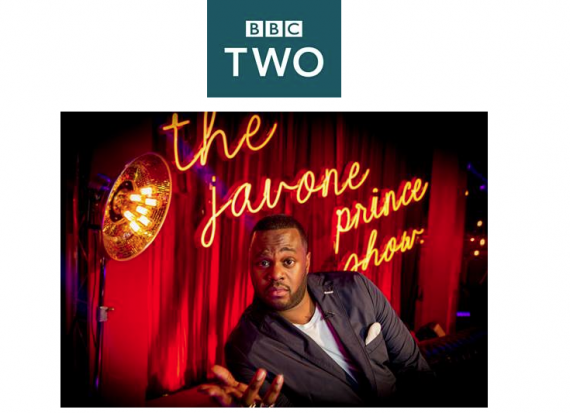 I was lucky enough to be sent a preview-screening link for the new BBC Comedy brand THE JAVONE PRINCE SHOW. It’s been a long time since the BBC committed to a solo black comedy act, in fact was the last one Lenny Henry? Anyhoo, the show is starting on your screens soon. It’s a juxtaposition of live studio audience comedy sketches and band. Like the Lenny Henry show meets the Jonathon Ross show meets the real McCoy.

The sketches that are inclusive work better for me. One I like is a pair of characters that are gogglebox style trolls. I also like the sly inside jokes about TV people that try and understand shadism and race issues. There’s a special music star performing live and clearly a lot of money and resource has been thrown at this.

However, there are parts I’m not a fan of. Some sketches feel old and predictable when you expect edgy and genuinely funny from the urban scene that I know exists out there. I’ll watch your feedback with interest once it starts airing. 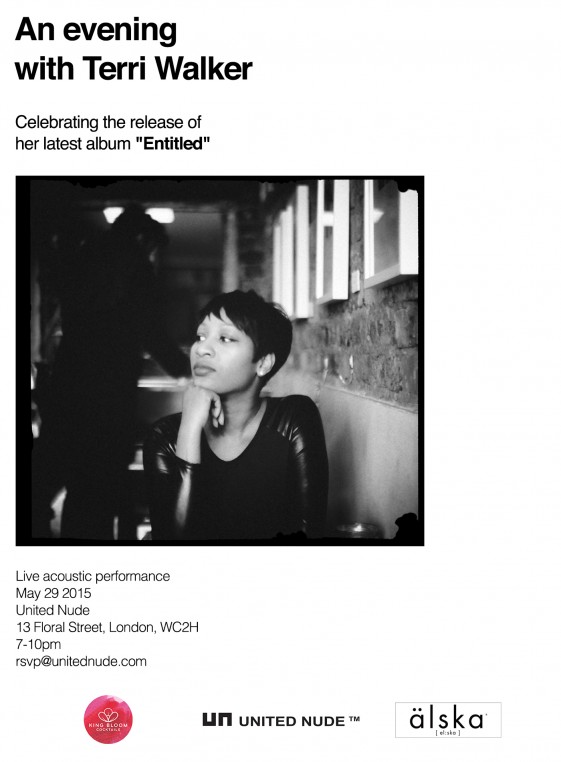 As if all that wasn’t enough, the week also saw us trot down to the heart of Covent Garden, to the United Nude Flagship Store to watch an intimate music set performed by one of my favourite UK female vocalists- miss Terri Walker! 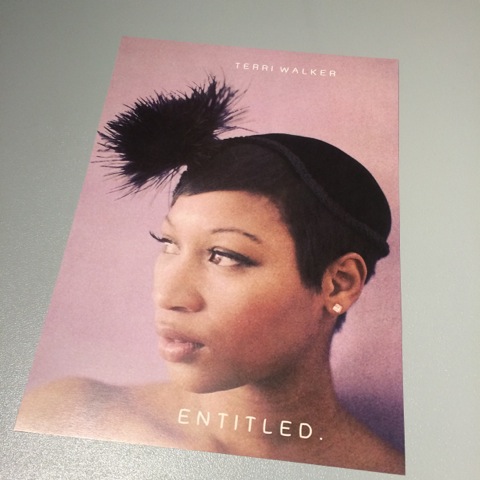 Before Terri arrived, we were treated to sparkling Presecco, cocktails, cider, chocolates, food, and authentic entertainment. So we’re eating and drinking to our hearts content whilst surrounded by shoes. Like juxtaposing every fun girlytime activity into one mash-up night. 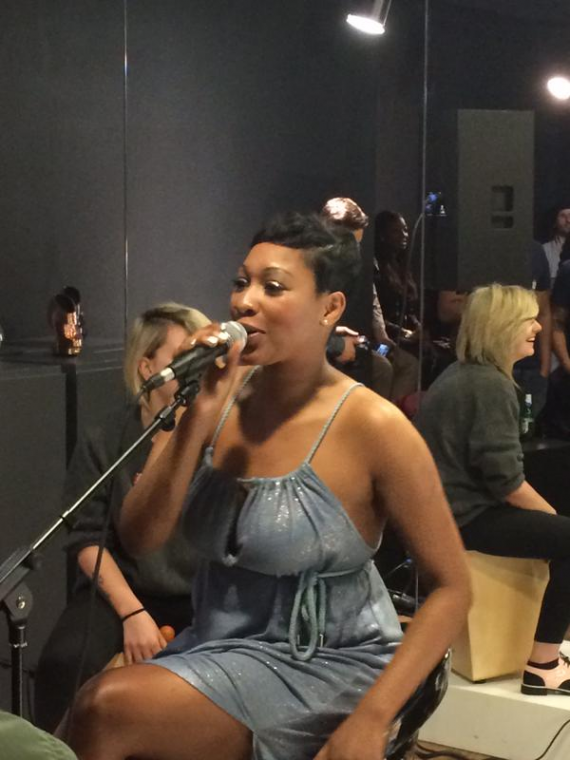 Many of Terri’s die-hard fans and supporters turned out to see her sing a few tracks from her latest album ENTITLED. Before she even hit the stage and welcomed her guests, the crowd were buzzing and the energy was positive. Terri’s arrival instantly charmed her audience with her usual giggly, infectious, charismatic presence. Also of course a voice that speak volumes! 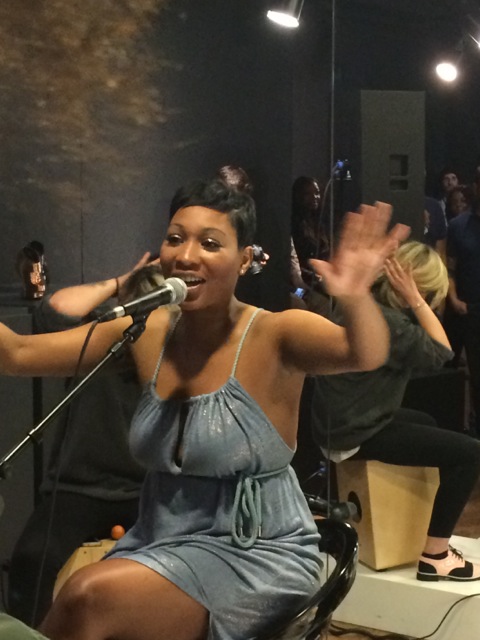 Performing songs from her brand new 2015 album ‘Entitled’ – Bad, Boy, Already Told Ya, Feel It In The Water, it’s fair to say that Terri Walker the artist continues to grow and continues to make it happen no matter what the industry hurdles she’s had to overcome.

‘Entitled’ is a body of works that highlights her legacy as a songwriter and also the artist that vocalises the songs. Live, she’s never disappoints, she can’t disappoint. Her talent is immense and timeless and it certainly looks like she is in a good space. She will continue to remind us (UK), that she isn’t going anywhere and given any opportunity to demonstrate what she does extremely well……..we will support! 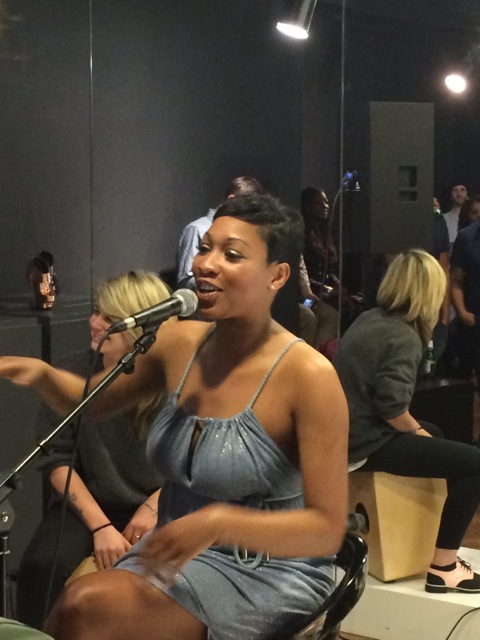 Catch Terri live near you and London; get your tickets now for her headlining gig at Under The Bridge (Stamford Bridge) on September 6th.