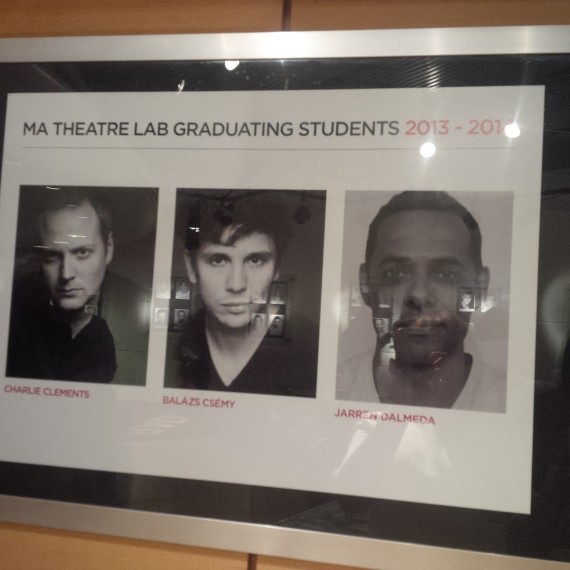 After a number of shoots for various stories this week I made sure I made up for it on Thursday night with a triple whammy of fun. I started the night off at the RADA Theatre in central London with a huge group of friends (music managers, PR heads, marketing dons, photographers, film directors and TV presenters), who had gathered to view the final RADA graduates performance this year. Our homeboy Jarren Dalmeda, who has already had careers in youth work, tour DJ to A List celebrities (Kelly Rowland, Beyonce etc) and celebrity DJ in his own right, had finished his MA in drama and finally on the first rung of his acting career ladder.
He and his class has scripted a play called The Raft of the Madusa and the show was epic, gripping and so intense I was in despair at the storyline, so engrossed in the acting were we all. Jarren is proof that it’s never too late to start afresh in any field, and that hard work most certainly leads to future success. Congratulations Jarren! 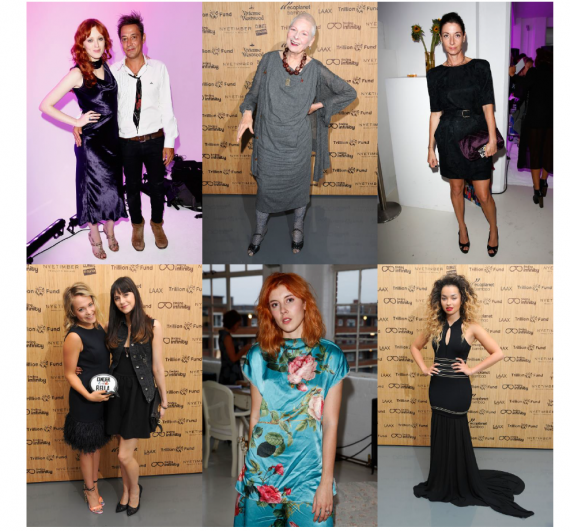 DAME VIV AND ALL THE A LISTERS AT THE PARTY.
PHOTO CREDIT *** OFFtheGRID – Dame Vivienne Westwood’s Trillion Fund is Finding Infinity ***

Straight after the RADA performance we raced over to SNAP Studios warehouse rooftop in Islington where design icon Vivienne Westwood had invited me to a solar music rooftop party called OFFtheGRID . Dame Vivienne Westwood arrived on her bicycle and hosted the party for her crowd-sourcing platform Trillion Fund in partnership with Ross Harding of Finding Infinity to support the “renewable energy revolution”. Headline support came from EcoPlanetBamboo. 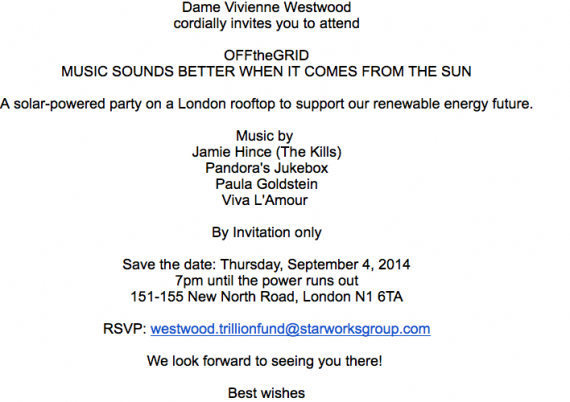 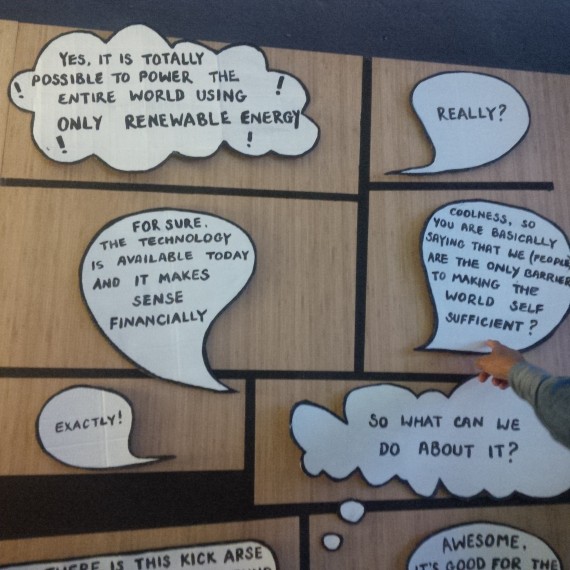 ALL OVER THE PARTY WERE GREAT ARTY IDEAS AND SET UPS FOCUSED ON SUSTAINABLE SOLAR ENERGY FOR THE FUTURE. 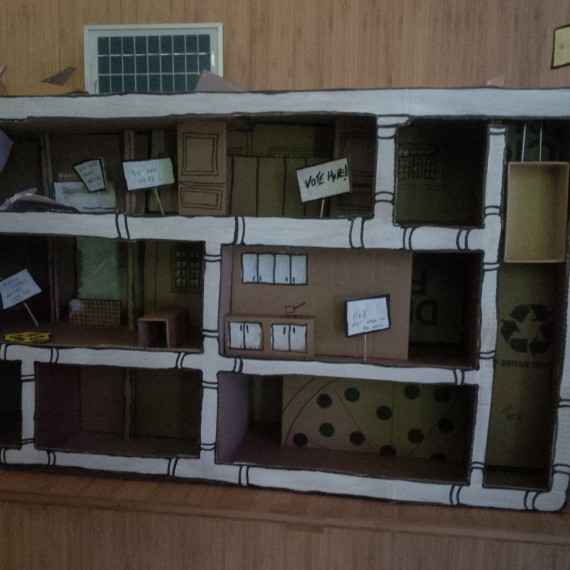 Guests were treated to DJ sets from Jamie Hince (the Kills), Viva L’Amour, Pandora’s Jukebox and Paula Goldstein De Principe while enjoying an organic food and cocktail menu curated by private chefs and cookbook authors HEMSLEY & HEMSLEY and sponsored by Nyetimber English Sparkling Wine and Absolut Elyx premium vodka the world’s most energy efficient distillery. The event was taken off the grid and the Snap Studios rooftop displayed a Giant Robot designed solar sculpture sponsored by EcoPlanetBamboo and Laax Resorts.

The ambition for Vivienne Westwood’s Trillion Fund is to accelerate the global switch from fossil fuels to clean energy by contributing towards the $1 trillion a year investment the UN says is necessary to keep the world below the 2 degrees warming threshold. Finding Infinity, found by renegade engineer Ross Harding, is on a mission to transition the world from the finite to infinite resources using fun, creativity and style. 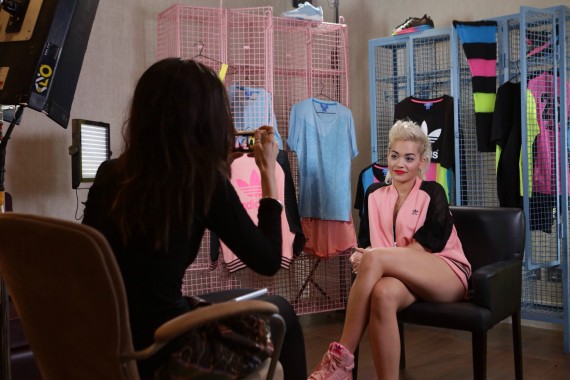 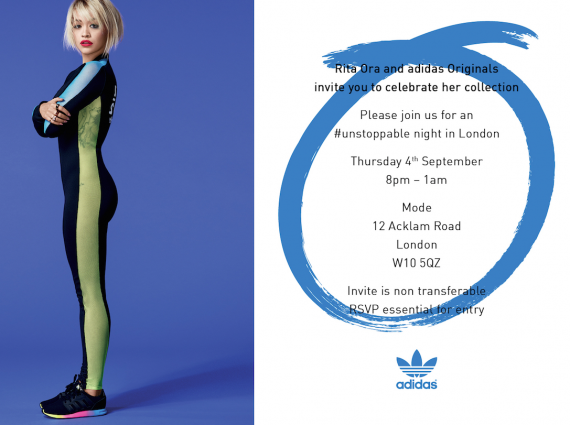 From east London we raced back across to west London to the old Subterania nightclub now called MODE for Rita Ora’s party to launch her adidas sportswear range #unstoppable. Rita was in the house dancing on the balcony to the tunes provided by DJ Manny Norte (the name you can trust). In the house were west London’s finest Bashy and East London’s finest Kano- who both gave me a double hug on arrival which summed up how cool the crowd and vibe were. 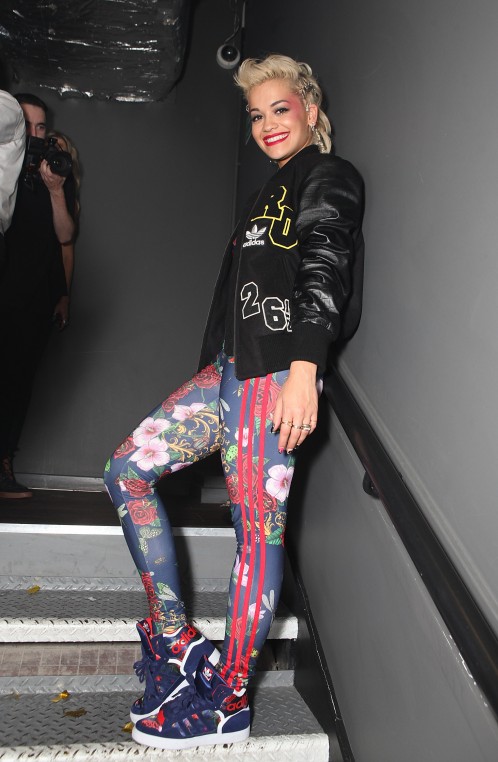 RITA ON THE SUBTERANIA/ MODE STEPS.

Last night saw the official after party of the hugely anticipated launch of this year’s most talked about collaboration; adidas Originals by Rita Ora. Friends, family and Rita-bots alike came together to help the global icon celebrate her partnership with adidas Originals at West London’s Mode. Marking the achievement of a childhood goal of collaborating with the brand with the three stripes, Rita and friends danced the night away to music provided by DJs Moxie, Manny Norte and Lee Rous. 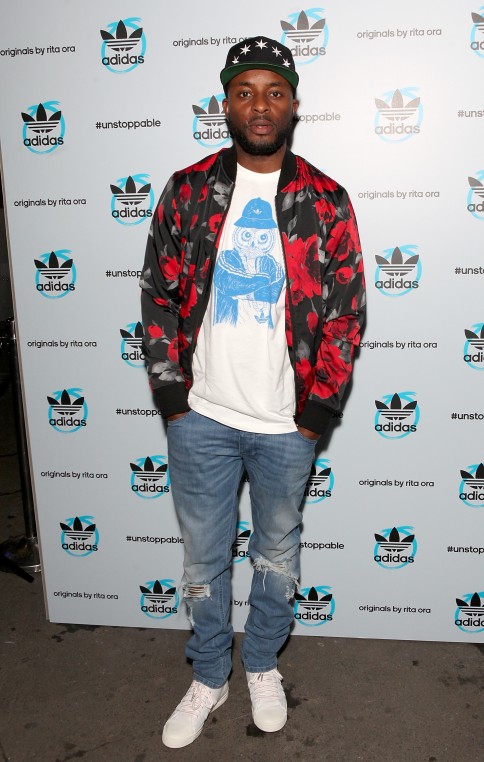 Known as much for her fearless take on fashion, as for her head turning musical collaborations, Rita Ora brings her energy and original spirit to every piece in the collection. The first collection, Black, is based on Rita’s London look – and each collection that follows take inspiration from very personal experiences and aspects of the global superstars life.

Rita says: “The collaboration came about through mutual love and appreciation. I have always been a fan of adidas Originals and respect what they stand for in their fearlessness and originality. I worked very closely with adidas Originals to put a personal touch in every piece with connections to my music, my career and my life. I’m really proud of the collection and beyond excited for my fans to get their hands on it!” 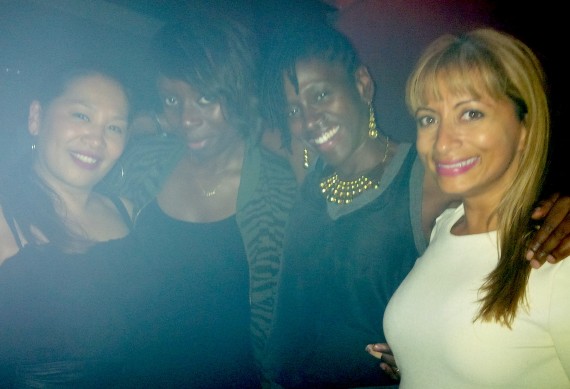 Super music producer Dready was dancing away in the middle of the dance floor, new artist to look out for Trishane was networking, singer song writer Roses Gabor looked uber fly, Island Music’s Benny Scarrs was having fun and we all danced up a storm onstage sipping rum and cokes. Rita’s new collection is as fly as you’d expect from this Ladbroke Grove chic and we were all attempting our best at swiping some off the display wall. Londoners hustling their graft hard all over town this week- got to love it! 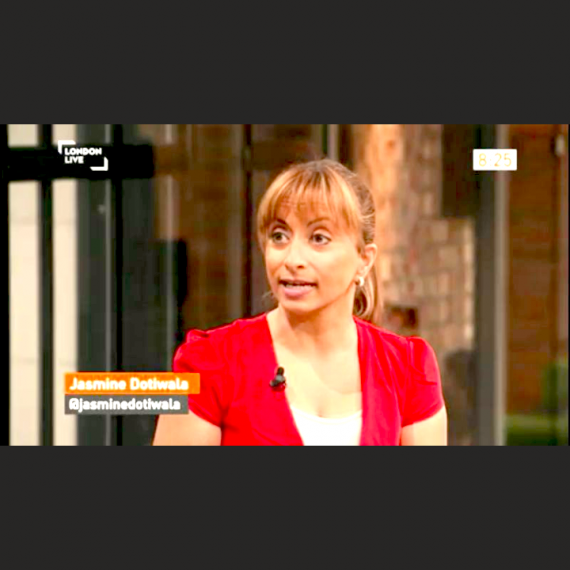 I finished my week as usual in the London Live hot seat talking to the lovely Claudia-Liza Armah where we discussed american comic legend Joan Rivers passing away, smuggling of illegal immigrants in Fiat Panda cars, Portobello Rd beefs between buskers and residents and the meanest sports fan ever! 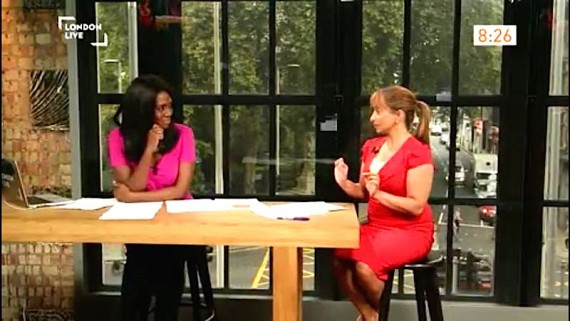 JASMINE AND CLAUDIA WAKE UP LONDON.