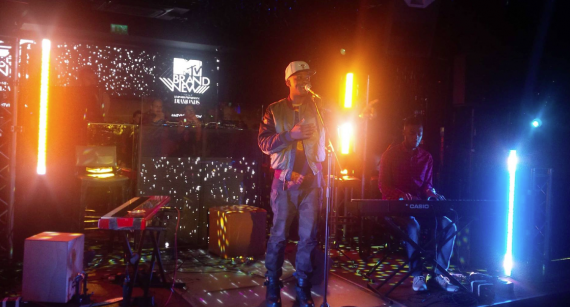 GEORGE THE POET IS ON MTV BRAND NEW’S LIST FOR 2015- HERE HE IS PERFORMING AT THEIR PARTY.

It’s the time of year when all the big brands put out their end of year lists. Lists of the most googled, best and worst dressed, films of the year and what to look for in 2015. This fortnight both the BBC and MTV released their ‘’ones to blow in 2015’’ lists. MTV launched their list with a party and performances at their annual Brand New party at Dstrkt in town. 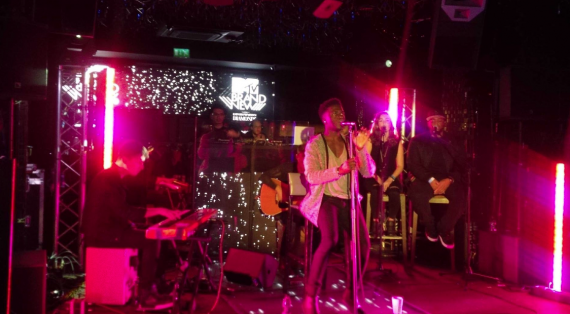 Both last year’s nominee Kwabs and this year’s nominee George The Poet performed very powerful sets to rapturous applause. Personally I feel like George already blew this year as anyone and everyone has featured him on TV, radio, live shows and print press. MTV would’ve impressed me more if they’d have added new act Stomzy or similar. But all good. Georges profile so far has been national and hopefully MTV’s co-signing will lead to more international presence for this very talented young man and his fellow Brand New peers. 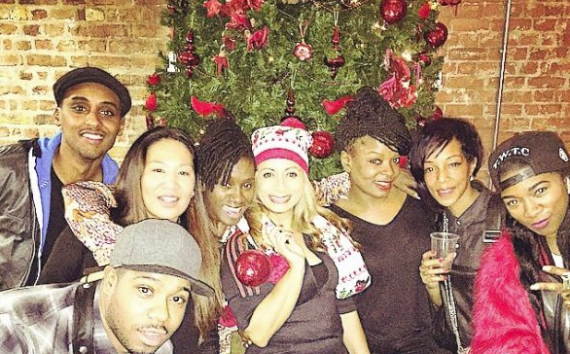 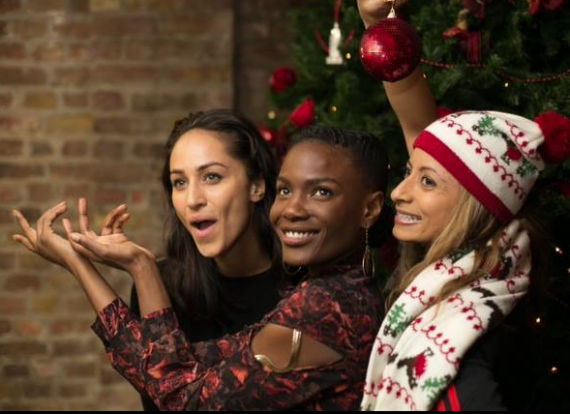 MY NIECE TIA WARD AND NOISETTES SINGER SHINGAI HAVE THE CHRISTMAS SPIRIT.

We were even given the chance to paint our very own sneaker in the hallway. Food was by Roberts dub plate kitchen and included ‘one drop balls’- rice and peas and spicy daal in a crispy crumb, fish deep fried in red stripe batter, gungo peas humus and plantain strips, curry goat and plantain burger, chocolate and Guinness cheesecake. Hot mulled sorrel got everyone wavy and in the Christmas spirit! 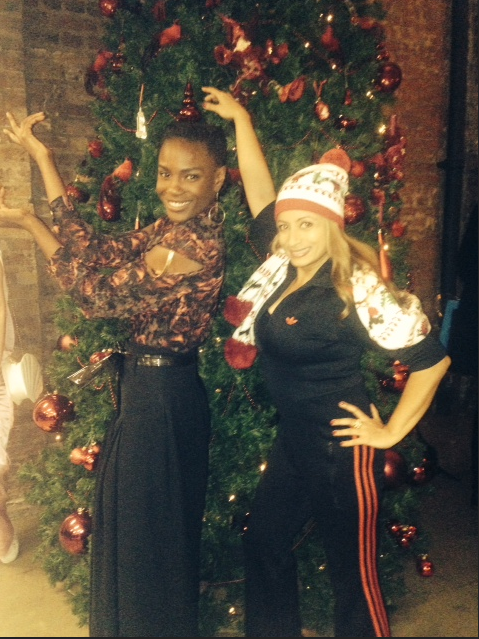 SHINGAI AND JAS GET INTO THE FESTIVE FUN!.

THE SNOWMAN AT QUEEN ELIZABETH HALL 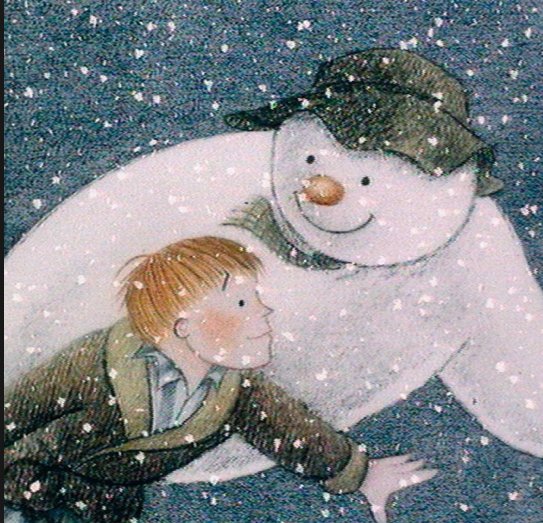 Clearly all festive minds align at the South Bank….I was invited to Queen Elizabeth Hall , again, on the Southbank to watch The Snowman movie accompanied by St Paul’s orchestra and the story of Peter and the Wolf narrated to a family audience. It was fascinating to see toddlers as young as three and early teenagers et their first experiences of classical music in a theatre setting. It was fascinating to see after a Noisy restless start by the kids in the audience it only took a couple of minutes for the rowdiness to settle down and hypnotize the children into the experience. There were Family unit’s everywhere. Grandparents. Parents. Friends, godparents and more. A whole vast side of society that us yummy media types without kids never collide with.

Last week dame Janet Suzman caused uproar by suggesting that theatre audiences weren’t as racially diverse as theatre wasn’t a part of ethnic culture. I laughed as I heard that as so many theatres like Shepherds Bush Empire and Hackney Empire are packed to the rafters for black comedy and black theatre nights. However, I spotted only a handful of BAME faces at the Queen Elizabeth Hall, which made me, wonder why people of colour don’t seek out amazing experiences like this for their children more often.

The story of Peter and the Wolf was told magically with a velvet voiced female narrator and the animated conductor Ben Palmer, explaining the story via the musical instruments of the Orchestra of St Pauls. They explained to the young audience that the parts of different story characters, would be told by the instruments. For example, the Bird would be portrayed by the soaring notes of the flute, the Duck would be played by the waddling oboe, the Cat by the leaping, pouncing the clarinet, the Wolf by the menacing French horns and the main role of Peter by the inquisitive, playful strings. As a fun way of Introducing kids and toddlers to music and the theatrical experience it was over in a quick hour.

BEN PALMER AND HIS ORCHESTRA TAKE A WELL DESERVED BOW!

In an age where music lovers often question why Classical music is not taught in schools as a priority anymore and pop stars like Laura Mvula and the BBC are collaborating to change this with projects like their Ten Pieces, which is ten pieces of music which will act as a gateway to children learning more about classical music and inspire them to use music as a stimulus for their own creativity. Ten Pieces is an ambitious initiative for primary schools, which aims to inspire a generation of children to get creative with classical music. With a range of online resources, UK-wide events and close collaboration with partners, every primary school across the UK will have the opportunity to take part. The ten pieces were announced at the launch of BBC Music, as the BBC renewed its commitment to music and announced a series of initiatives, including support for emerging talent, digital innovations, landmark programmes and live events.

Live events like The Snowman at Queen Elizabeth Hall are an excellent gateway to helping young people expand their horizons and start their cultural life early. Conductor Ben and his female narrator storyteller were like a rapper interacting with his DJ as they handed the story to and from one and other. It was also interesting watching that whilst the whole orchestra was lead by and controlled by Ben, his power was limited, as he was lead and controlled by the classic timing and narrative of the film projected on the giant screen. 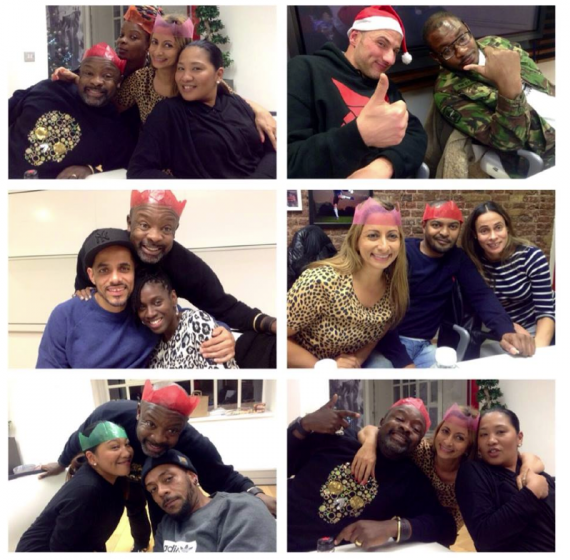 My nearest and dearest friends from the industry across a 20 year period and I had our quarterly dinner where we share show and tell as well as debate anything and everything on the radar to industry chat, wheels and deals, new acts, management changes, world social debates and more. Should certain music stars speak on political and social issues? Who is newly signed and dropped? Are the protests across the world relevant here? Where is the future of our music going? It gets very rowdy! 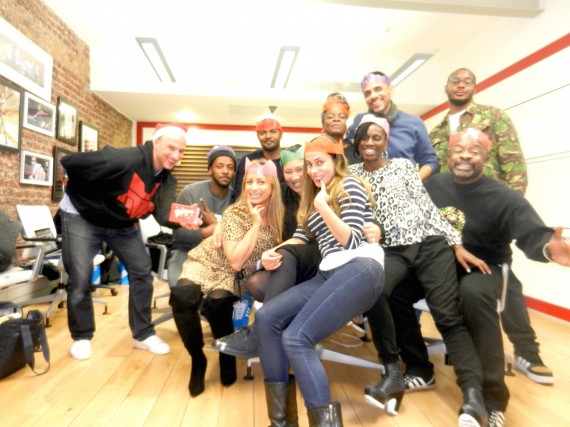 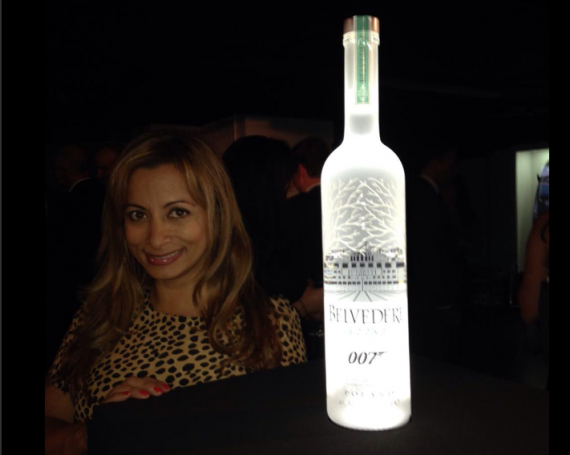 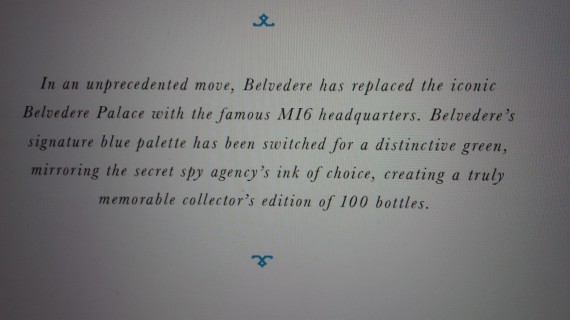 I finished my week at the Belvedere Party at the London Film Museum, where an exclusive party to celebrate the coming together of two truly iconic brands in what will be one of the most talked about partnerships of 2015 took place. 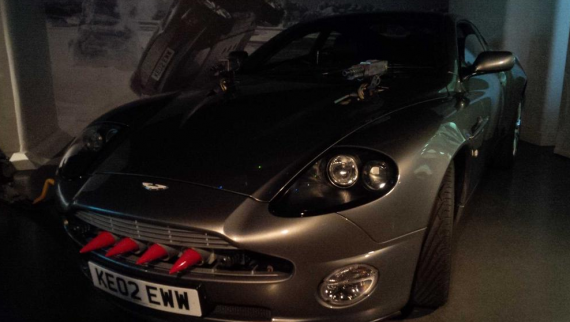 JAMES BOND CAR WITH GUNS, ROCKETS, BELLS AND WHISTLES WERE ALL ON DISPLAY, MINGLING WITH THE A LIST! 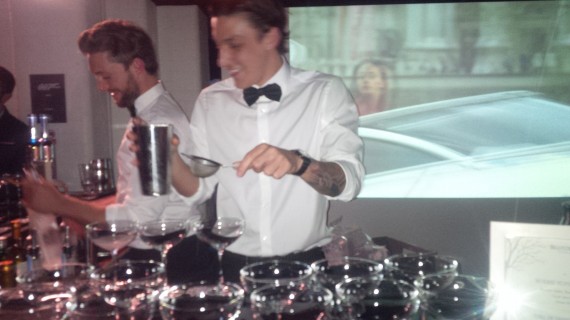 You will already know that the 24th James Bond movie Spectre is coming next year. Well Belvedere have become a partner and so have made 100 limited edition vodka bottles lasered with 007 and the MI5 building on them. The bottle even glows! 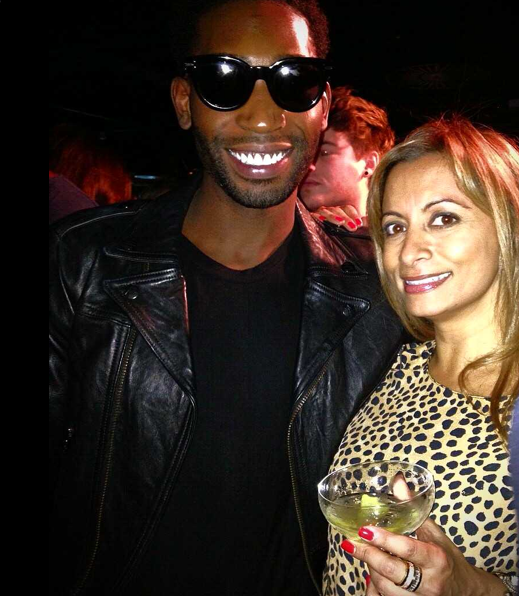 TINIE AND I CATCH UP.

In the house were supermodels like Lily Cole, DJing was Tinie Tempah and his uber manager Dumi, leaders of major brands and all the iconic James bond cars, planes and jet ski’s for us to fawn over and pose with. 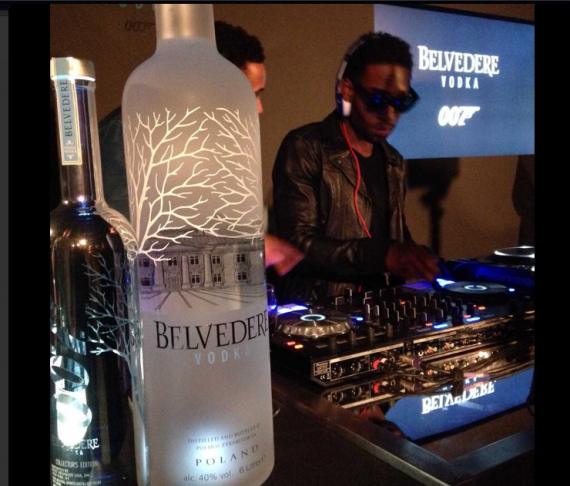 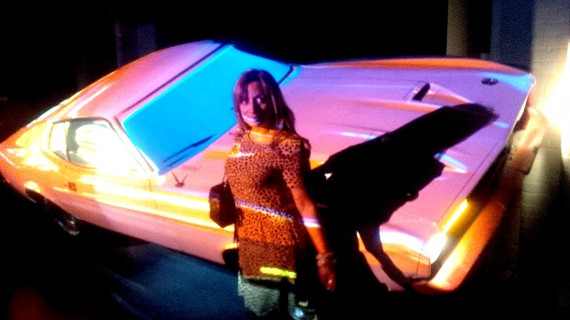