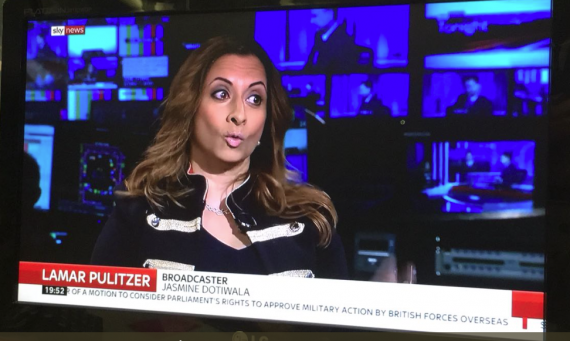 Me on @SkyNews yesterday telling the globe about @kendricklamar winning the @PulitzerPrizes
This is my “oh honey! Let me tell u about hip hop ruling the world!” Look!
SKY’s @skystephen actually did the
#WakandaForever Cross arms! YAS Steven!

Showing how far the world’s moved on (albeit slowly), around 25yrs ago a young black man from the same area and similar marginalised background as @kendricklamar , called @SnoopDogg and his peers NWA, were demonised by the @FBI
Now hip hop is winning a @PulitzerPrizes !

Also @kendricklamar winning the @PulitzerPrizes shows that political art is more important than ever.
In an era of @realDonaldTrump and Brexit, KL’s win says a lot about old skool creative industry gatekeepers being more inclusive/open to change.

In an era where much Rap music can be aspirational yet materialistic, @kendricklamar anthems for this generation are an authentic,dynamic, unapologetically black and revolutionary portrayal of modern african-american life.
In a sea of millions of acts KL stands out!

So now @kendricklamar has a @PulitzerPrizes to go w/ the 5 @GRAMMYAwards he won in January.
He doesn’t need the 15thousand dollar prize money, but alongside @Beyonce ruling @coachella , @theblackpanther overtaking Titanic, he’s shown Black History is not a month- it’s daily 24/7!