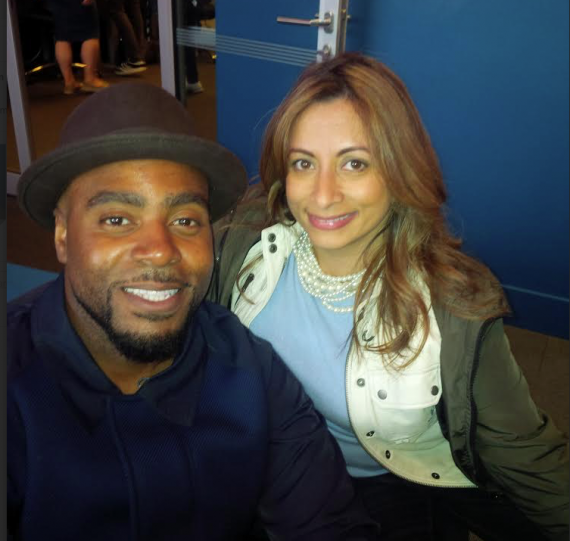 We’ve been bombarded with some amazing raw grime and hip hop this past few years from the London music scene but where has the R&B and soul gone? Did it really die?
How refreshing it is to hear new R&B coming out of south London. With so much focus on grime and rap in recent years it’s nice to see happy, dancey, classic, soul music back on the forefront of youth culture…after all, we cant all be serious all the time or we’ll be really depressed.

Well Jodie Abacus music reminds me of all my fave acts rolled into one….Pharrell, Stevie Wonder, Kool and the gang and more.
His Singles – She’s in love with the weekend and Good Feeling are big jams!
His infectious, melodic song hooks are real feel-good music that just makes me wanna dance and smile. 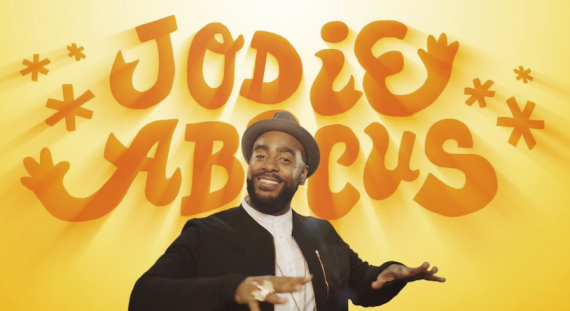 I caught up with him at BBC Radio 1 studios this week and he revealed that his album’s coming out around September this year, so keep a listen out for that and check him out on the usual soundcloud and spotify platforms. He’s got a few really exciting live summer dates coming up (that I’ve been forbidden to mention), and although he’s been touring solidly for months is still loving it and misses being on a road!

His first big break was his song ‘’I’ll be that friend’’, which had musical tastemakers and key influencers all buzzing about him had me hooked.

I spotted him on soundcloud and spotify early, and then checked out his videos on YouTube. I loved his Roundhouse gig! He clearly loves paying musical instruments, I can see Alicia keys and John Legend in their with old classic sounds with a modern London twist.

Jodie released his debut single ‘Good Feeling’ on Household in June. Less than a year later, South London’s fastest rising talent announced that he’s currently working with Bristol house legend, Julio Bashmore, as well as preparing to embark on a European support tour with fellow neo-soul icon Jamie Woon this spring. With a recent sold-out London show and key support from the likes of Stereogum, Noisey, The Fader as well as Annie Mac, 6Music’s Lauren Laverne and 1xtra tastemaker MistaJam, Jodie has cemented his status as not just a key player in London’s bourgeoning “future funk” movement, but also as one of 2016’s most infectious new stars.

One of the most exciting new artists to emerge from the UK of late, South-London based singer Jodie is a complete breath of fresh air. With a penchant for marrying up-tempo funk rhythms with a twist of modern soul, the singer has been hailed by the likes of i-D, SPIN, Stereogum, Complex, Noisey and more as one of the leading new voices in London’s “future soul scene”. With only a handful of tracks released so far, Jodie has managed to not only top the likes of Hype Machine, but has already won wide-spread support at radio from BBC Radio 1 and 1xtra, with single ‘Good Feeling’ winning the latter’s illustrious ‘Record of the Week”.

Also, I Love that he’s called Jodie ‘’Abacus’’- I can already see journalists writing hundreds of cheesy, fun headlines about ‘’adding up the chart hits’’, ‘’counting on him to bring back soul’’.
We’re counting on you son!