Fresh Dressed is the fascinating movie chronicle of hip-hop, urban fashion, and the hustle that brought oversized pants and graffiti-drenched jackets from the New York discount markets to high fashion’s catwalks and shopping malls all around the world. Its out in UK cinemas from October 30th 2015 AND I caught up with the film’s director – Sacha Jenkins – ahead of it’s release!. 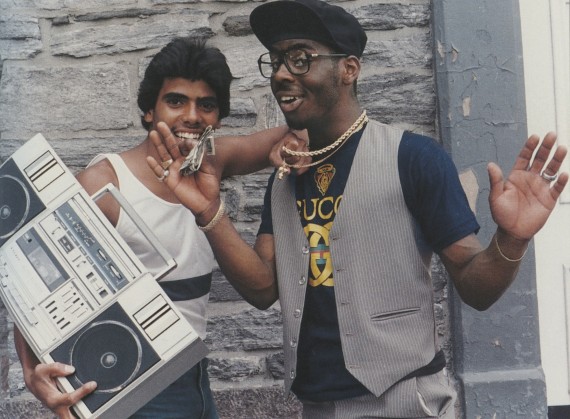 (All photos courtesy of Jamel Shabazz)

Who is Sacha Jenkins, how did this film come about and why was it important for you to make it? What inspired it and why is it timely now?

At my core, I’m just a kid from Queens who has remained a kid for a long time. And in my adult life, I’ve been able to chase the dreams that I chased as a kid. As for Fresh Dressed coming together, I’ve been writing about hip hop for a long time for various publications, writing various books, working on various projects related to hip hop culture. I at some point realized that one of the most important facets of hip hop culture – fashion – hadn’t been touched on in the way I felt I could. I believed that hip-hop could be a platform from which I could discuss a broad range of ideas. I was inspired by what I remember about being a kid growing up in inner city New York, and remembering how important the way we looked was- and how we judged one another based on what we wore. But it was also competitive and fun in many ways…liberating even. Fashion was language for us. I wanted to make a film that could speak to all of these ideas.

Producer Nas? How did that happen, Why was it important to him as he’s not exactly known as one of hip-hops more experimental with fashion names?

Nas and I went to the same crappy middle school in Queens. We were both told that the only thing we can do in life is to go on to become mechanics. I don’t know how to fix cars- I wish I did. But what if Nas went on to become a mechanic? Truth be told, Nas and me are partners in a business. It’s called Mass Appeal. We publish a magazine, produce a website, books music- the group Run the Jewels is on our label. We do a lot of creative things via Mass Appeal. To me, Fresh Dressed is more about WHY people wore/wear what they wear as opposed to specific brands. So while Nas isn’t known for his fashion, he’s known for his lyrics and overall cool vibe; his influence went a long way in getting bigger names like Sean “Puffy” Combs to come to agree to be interviewed and more. 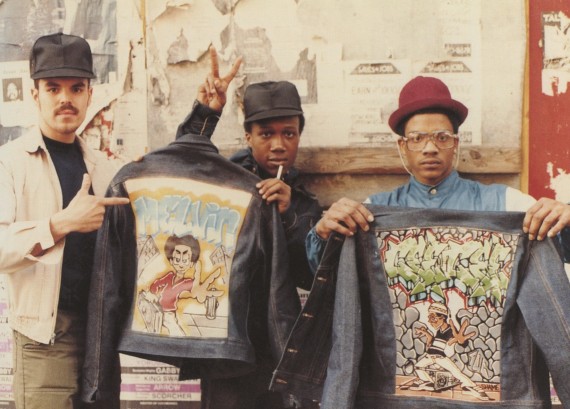 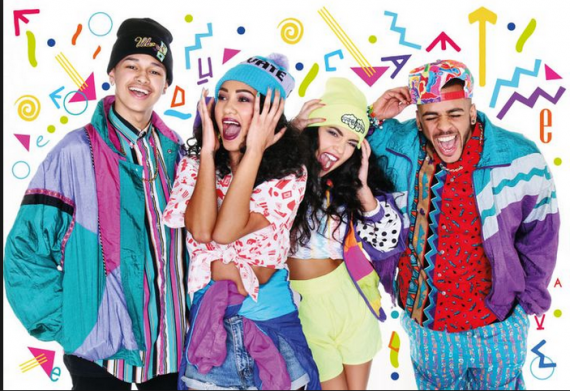 The influence of hip-hop fashion is global with hip-hop culture taking over commercials, creative arts and modern day language. How big an impact has hip-hop culture had on everyday clothing and fashion?
Hip hop’s influence on global culture is too large to articulate here. I think hip-hop can be distilled down to language, and the words and sentiments of hip hop have been incorporated in the languages and cultures of the world.

Cultural appropriation is a phrase that’s been thrown around regularly in recent years. How much of modern day culture when it comes to Hip-hop culture do you think this relates to?

I think cultural appropriation in America boils down to who’s an American and who is not. In other words, if black and brown people in America felt like Americans, they wouldn’t have a problem with Miley Cyrus getting her Twerk on. But because folks of colour in America don’t feel like “Americans”, their identities become one of the most important and most valuable assets an individual can “own”. If you have to worry about the justice system and bloodthirsty police officers and lack of opportunity and debt and what have you, your culture -your beautiful and vibrant culture -becomes the only asset you can likely control…Until Miley comes along and gets Jiggy with it.

There’s been a real return trend this past year, to 80s hip-hop adidas phat laces. Kangol fashion and more. What are your favourite memories of that time in fashion and the energy around hip hop fashion?

That first pair of suede Puma Clyde shoes-putting those on as a kid, I felt like I could fly. Matter of fact, I felt…FLY. 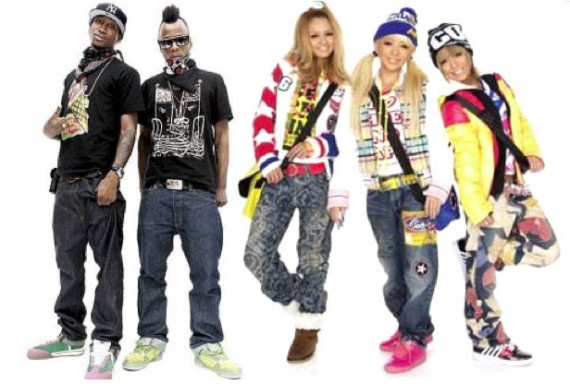 At the beginning of hip-hop culture establishing itself, how did fashion speak for communities with political issues and issues with the establishment?

No one took hip-hop seriously in the beginning. So it was ignored. It blossomed quite nicely, minus the thirty eyes of outsiders, and the fact that hip-hop blossomed where and when it did is a strong political statement in itself.

Street fashion used to be organic and uniquely put together by the streets. Now street youth globally, seem to be more fascinated and aspire to top fashion couture lines. Have we succumbed, elevated or sold out?

Hip-hop is about being original, being an individual, and there are a lot of people out there who live by this code. At the same time, there are schools of young people who have bought into a heavy consumerism vibe. It’s scary. It’s sad, and some people are getting rich because of it -and those people ain’t from the ‘hood. 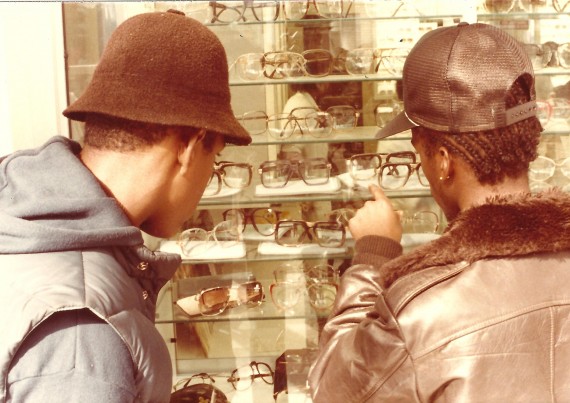 ‘Being fresh was more important than having money’ Kanye says this about his youth. Has much changed in 2015 across 3 decades? Is the emphasis we place on clothing and image I hip-hop culture too strong and unbalanced? Does it make youth aspire to staying poor to look rich?

America is consumed by consumerism – so much so that we’re literally consuming ourselves. Eating away at ourselves. For some poor folks, what you wear is a measure of who you are. I’m not saying that isn’t the case in circles of the rich, but in the inner city, in some cases, poor people judge poor people based on what is being worn by people in those communities. Why have we ascribed so much value to what we wear when there are so many bigger fish to fry? Why am I judging you-and you me- when we both know that we’re poor and living in housing projects? 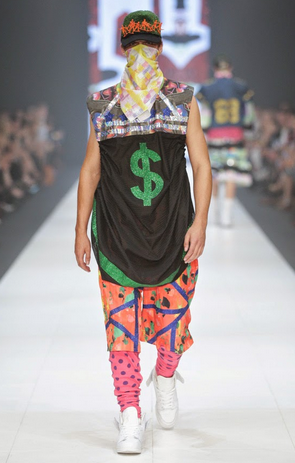 Pharrell and his giant ‘’happy’ hat was a ‘moment’…what are your other top five personal favourite hip-hop fashion moments and why?

I’m not much of a fashion guy. I’m more interested in why people wear things as opposed to what they’re wearing. Was Pharrell inspired by Smokey the Bear? We’ll never know. But it doesn’t much matter: Pharrell is an individual and an innovator.

Is there a man more opulent or fabulous that Andre Leon Talley and what’s his relationship to street wear and hip-hop culture if any at all?

Mr. Talley is just THE MAN. Plain and simple. He said he used to spend a bit of his college stiepend on high fashion articles -does it get any more ‘hood’ than that?

Dame Dash and Puffy have always highlighted the importance of not just music, but fresh to death outfits…..are their 360 degree music/business/fashion/film/ etc legacies as respected today as they should be?

The world knows about Puffy’s contributions and his innovations when it comes to maximizing the power of hip hop. Dame Dash doesn’t really get his just due in my eyes. He has always pushed the notion of culture being first and foremost always. Jay Z of course, also personifies that notion of culture first. But Dame, in my eyes, was the guy who was interested in Basquiat before the man became a rap trend. 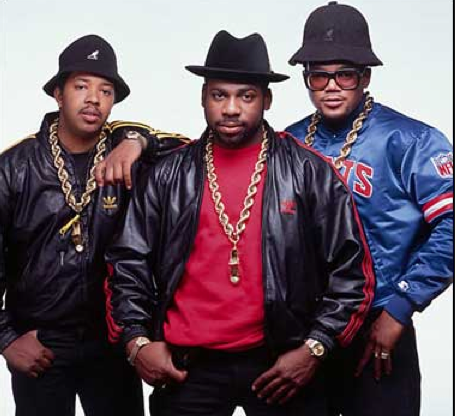 Labels like D&G Tommy Hilfiger and Ralph gained from the adoration Hip-hop in the eighties and nineties but never seemed to give back. Should they? Do they owe the culture anything?

America is all about making money and if you can make it there and make money, more power to you. Should these brands somehow give back? It would be nice, but they are of course not obligated to do so. Ralph Lauren is originally from the Bronx. He comes from humble beginnings. Many inner-city fashionistas look to him for inspiration. They believe that if he can make it, they can too. That sounds like the way America is supposed to work. 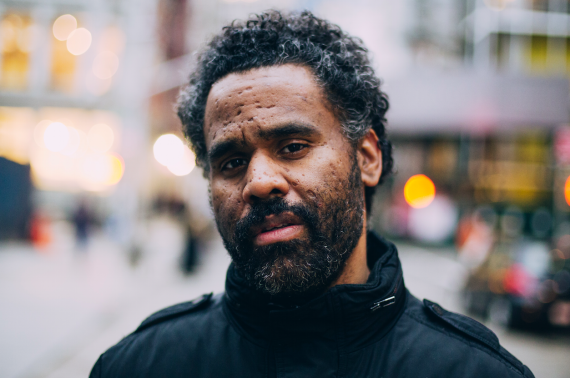 Will Smith wearing Cross Colours in the Fresh Prince, is a great example of how black brands used to unite to stand powerfully and lift each other up. Have we lost that in 2015?

A lot of folks are more interested in wearing brands that they can’t pronounce. That’s cool. But I get chills every time i hear Karl Kani tell the story he tells in my film about Tupac saying he wouldn’t charge him to appear in a print ad for his Karl Kani brand…

Has the way the hip-hop community dresses ever held us back when it comes to misconceptions or judgments from wider society?

Hip-hop is a reaction to society; therefore what society thinks about hip-hop fashion should never matter.

What is the biggest challenge for fashion entrepreneurs today from the hip-hop community?

The term “hip hop” can sometimes put you in a box marked “dangerous”. That is changing as older folks with negative perceptions of hip-hop leave the planet. I hope Rakim is pumping at their funerals.


How much fun was it making this film and what’s next for Sacha Jenkins?

Making Fresh Dressed was a blast. I had the opportunity to speak with such a diverse range of people. As far as what’s next, I’m just going to keep on telling stories. The beat goes on, and stories will continue to be told over said beat. I’ve loved beats ever since I was a kid and I don’t see that obsession going anywhere any time soon.