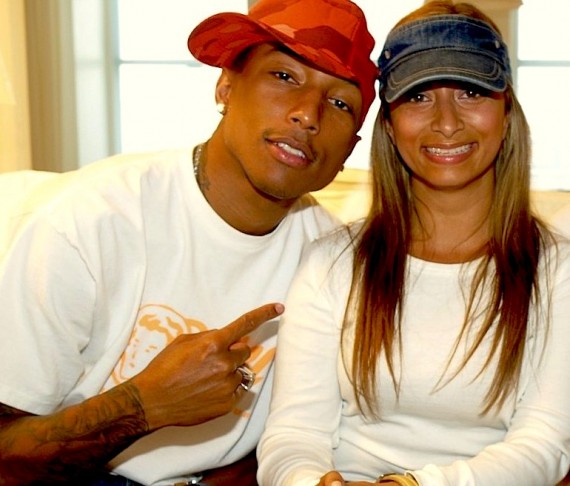 JASMINE WITH PHARRELL.
This fortnight seen acts with longevity and kudos return to where they belong. Back in our ears and on radio. The worlds gone mad for Pharrell, Nile Rodgers and Daft Punks new song ‘’Get Lucky’’, and subsequently the new Daft Punk album.
Music snobs declare, that new music fans don’t really know Daft Punks old material, and are just jumping on the latest hype. Kids who think So Solid Crew are old skool have no clue who Nile Rodgers’ is, and needed to go research Chic’s ‘’Good Times’’, Le Freak and Diana Ross’ I’m coming out. Pharrell has always been a very understated music prodigy. Back under Teddy Riley’s wing when he wrote ‘’Rumpshaker’’ and produced ‘’Tonight’s the night’’ for Blackstreet, it was clear he was deep in this R&B game, with a very well tuned ear and love for the old skool anthems he grew up around. Pharrell isn’t just a great solo performer with a very distinctive vocal; he’s also the go to man way before Will I am, for making acts like Britney and Clipse hot. Pharrell’s mind is like Kanye’s. They’re both very articulate and intellectual and will debate in an interview with you for hours. Speaking to him again this week we reminisced about when he turned me onto Dan Browns books years before they were hot. Each time after that when we met we would have a book club chat about which books we were reading currently. This week ,mine was the Tommy Mottola autobiography, his – the Clive Davis one. Lol great minds think alike. 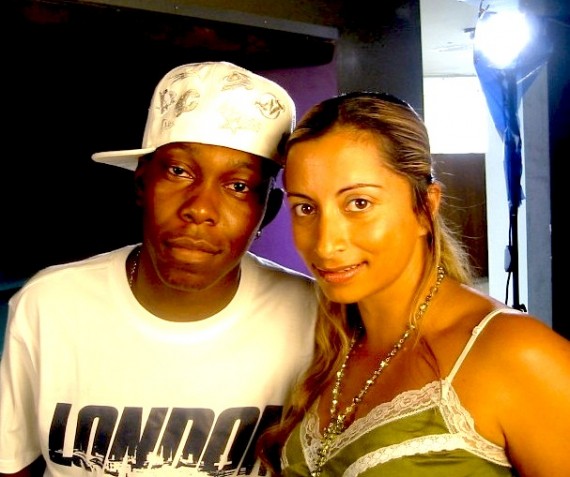 JASMINE WITH DIZZEE.
Similarly, Dizzee Rascal, the most unhyped act, not into partying BS, is back with new music finally. His single with Robbie Williams -‘’Going crazy’’- has also set tongues wagging this week. I was lucky enough to have a sneak listen to a few more tracks and can honestly say he’s back. You have to admire the front of this East London cat, who just doesn’t care about hype or what his competitors are up to. He tours, does his own thing and makes his money. Cool as cucumber he returns to the music scene when he’s ready and takes over as if he’s never been away. I’ve always respected him for sticking to his word. He has had gripes with fellow artists and industry brands but once he disowns and cuts them off he’s on to the next one and a lone ranger in his field. A player who does things in his own way. The epitome of Frank Sinatra’s classic ‘I did it my way’. 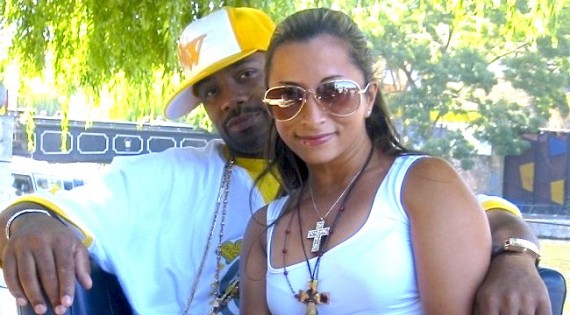 JASMINE WITH DAME DASH.
Sometimes ,doing it your own way doesn’t work for everyone.
How sad to see this week that Damon Dash ( one time right hand man of Jay Z), is facing eviction and huge bills he cannot pay. I recall this man making Roc-A-Fella the ground breaking label it was, via his hardcore take no prisoners attitude, where he forced Def Jam to promote the Roc logo, have Jay Z headline all tour promo, and never settled for 2nd best for his artists. Now nearly all of them from Jay to Kanye are living life comfortably, whilst Dame pays the price for burning so many bridges whilst he was on top. He is a classic example of a manger that enjoyed Puff-Daddy-esque fame and accolades, but didn’t fully protect his assets as he trusted his homeboys 100%. Years ago whilst working with Jay, Dame and Kareem Biggs (who last year went to prison for drug related offenses), I noted their ride or die mentality for each other. Whilst off duty on New Years dinners at Damon’s home in St Barts I witnessed his love and passion for entertaining his nearest and dearest. Nothing was too muchor too over the top- not even having Robert De Niro just sitting next to me by the pool! Then came the crack in the solid empire that the 3 built. For some reason Jay and Dame clashed. Jay wanted to take the label in another direction, Dame didn’t, he -Dame also wanted to involve Camron in co-leading the Roc. Dame wanted Cam to be CEO or some such bigwig title. Jay and Cam clearly had beef and Damon didn’t care. Against Jays will Dame was making moves as a solo leader. Little did he realize that simultaneously, Jay steadily with his ride or die right hand man John Meneilly was also silently making moves ‘’like the g in lasagne’’.Dame didn’t know what had hit him when Jay took over the Roc shares and sold to Def Jam leaving Dame wondering where it had all gone wrong. I miss Dame. Music needs characters like him. I wish he and Jay could recall their joint graft in making it in the early years. They were unstoppable.
The moral of these stories? Stay tight, communicate, and be in the game for the long road.